Duck Fights and a Swan 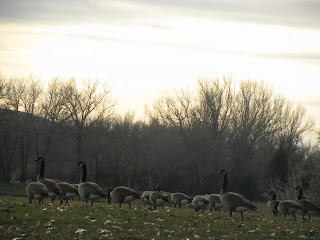 Its been so nice.  I feel it should not be 60 degrees on December 1st, but it is so darn pleasant that it is!  So, when its unseasonably warm that just means its pretty much required that you get out and enjoy it to the fullest.  Who knows.  It could be snowy again any minute. 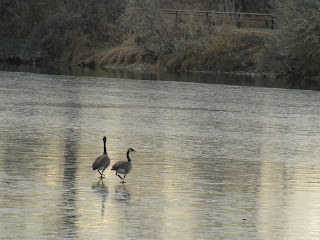 We've been to walk at Riverfront Park both the last weekends .  Its just lovely.  The ponds are frozen over, but just melted enough that the waterfowl are all over.  The Canada geese were walking from one melted swimming hole to the next, but kept crashing through the thin ice up to their bellies over and over and over again.  It was pretty hilarious.  I laughed...and felt a little bad for laughing at them.  They seemed shocked each time they fell through.  The sunshine takes away any chill from the moist air along the banks of the pond and the birds were thick in the trees.

We saw some ducks really going after each other--ripping out feathers and thrashing about with much racket.   It was really something.   In the middle photo you can even see where a chunk of feathers is missing on the one bird's neck!  I don't know what started it, but someone was not happy! 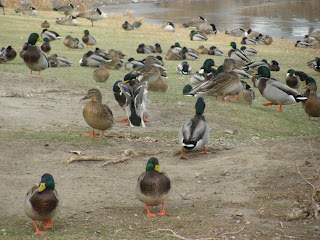 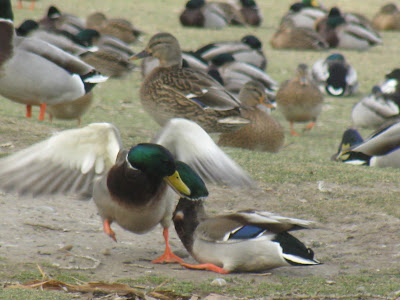 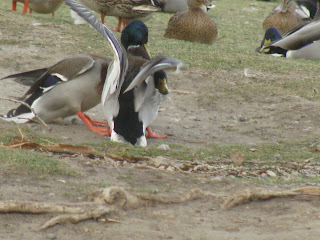 And we saw our first wild swan--a tundra swan.  It was a rather brief sighting as a gaggle of Canada geese took off and prompted it it into taking off as well just as we arrived in the vicinity.  I saw it running across the surface of the water.  It was huge and white and so rather hard to miss.  It was so big!  Then up and away, circling over once, and it was gone.    So lovely. 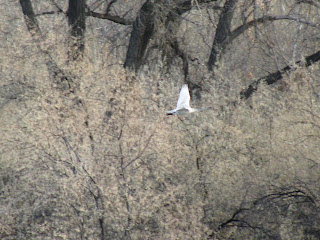 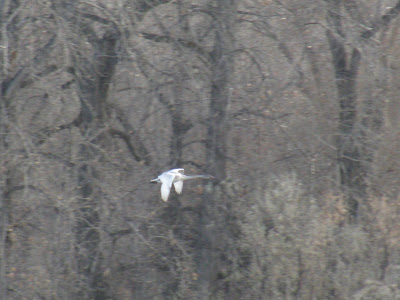 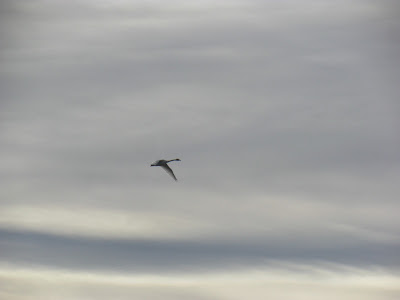