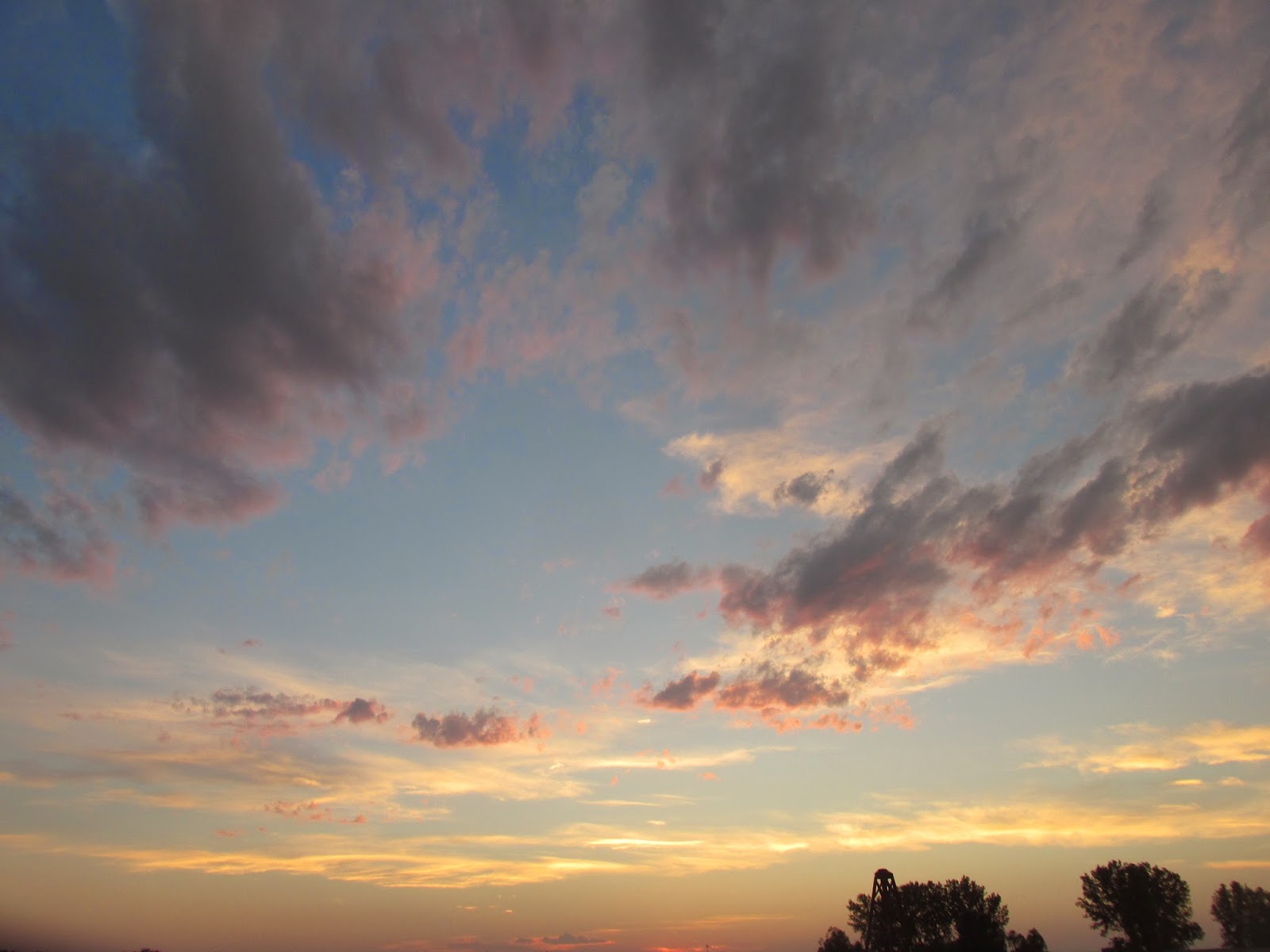 Matt and I went to a local music festival last weekend called the Fairytale Music Festival.  We enjoyed ourselves immensely.  It was a fairly small affair which made it simple and intimate.  Nearly all of the bands were quite good--though I could have done without the punk rock on Saturday night...  We stayed up dancing until nearly dawn on Friday though. 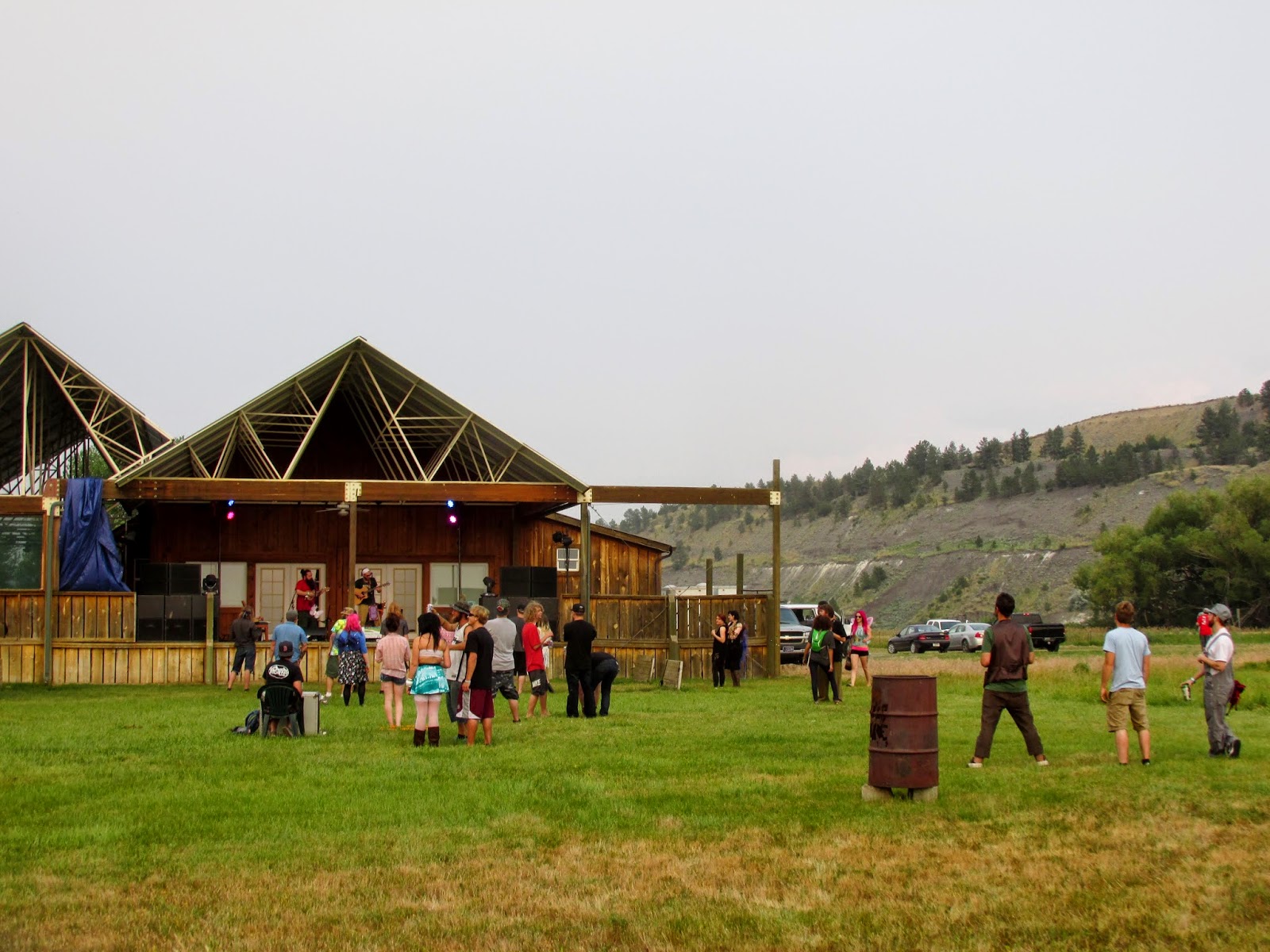 We camped out with our pal Casey, who is always a hoot and is an especially great festival buddy.  Do you need a moist towelette?  Pistachios?  Ice water?  Ibuprofen?  Fresh brewed coffee?  She's got everything!  Its great.  Josh came out Saturday.  He's always good for amusement.  He and Matt both juggle.  I haven't yet mastered it, but I sure enjoy watching.  We also ran into some out-of-town buddies, like Carl, which is just one of the many awesome things about music.  It gives people a superb excuse to get together. 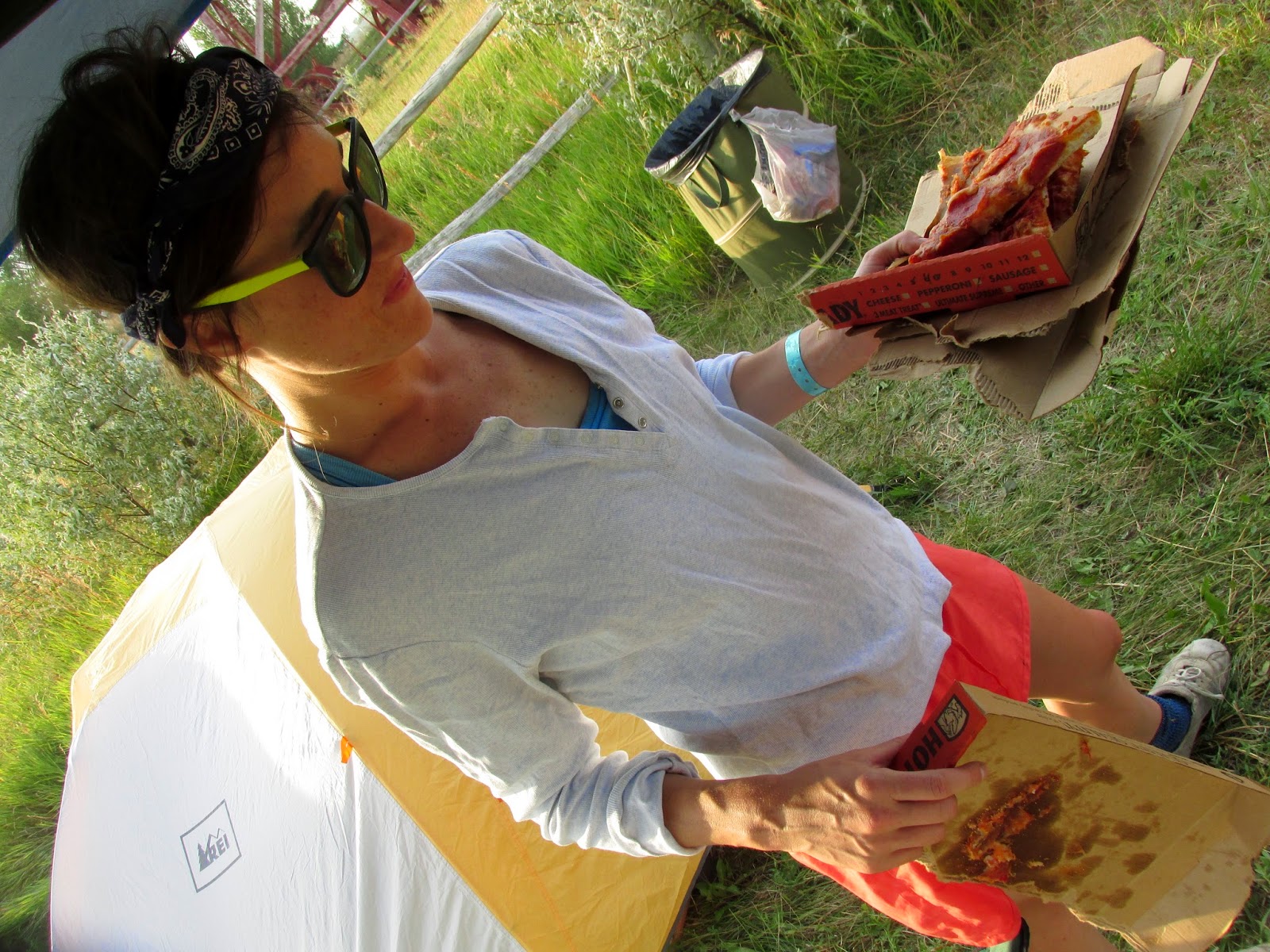 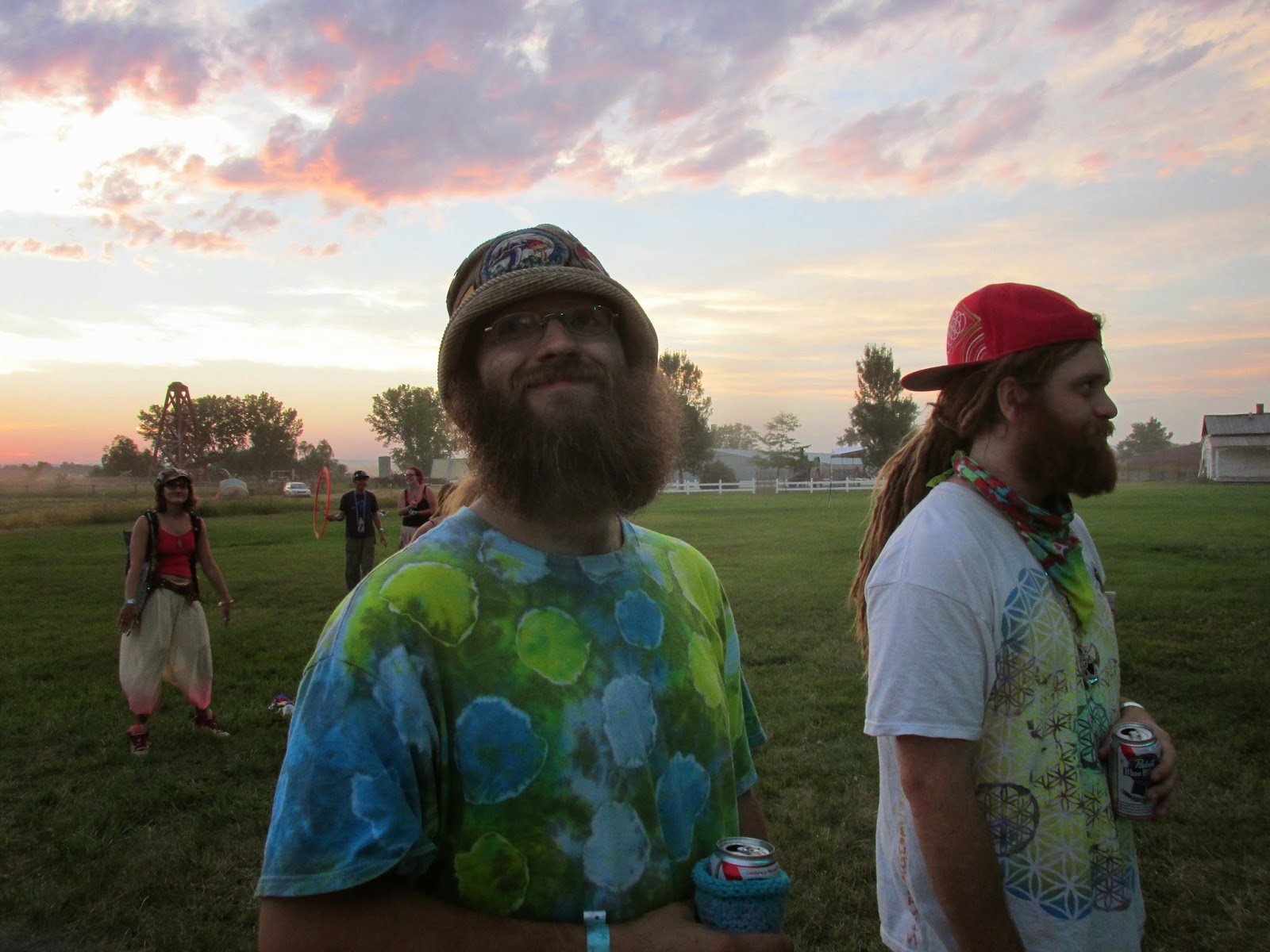 I love going to music festivals because I love music and dancing.  And on top of that at the festivals I've attended I've always found such a positive, creative, community-oriented culture.  People take care of each other.  Even strangers.  We made friends with a fellow named Tom who'd never been to a festival before.  He hung out with us all night on Saturday.  We fed him and he gave us wine.  We let him hang in the shade under our gazebo and he filled our cooler with ice.  At one point we were dancing and he appeared with ice cold watermelon.  Oh, was it refreshing.  Its like festival go-ers are tied together as a family.  Not everyone, of course, but, in general I have found this to be true.  Everyone comes together in a way I don't find so often in the larger world.  The festival vibe always makes me feel hopeful.  This positive, united collaborative spirit is possible.  We just have to figure out how to sustain in on a larger, longer scale. 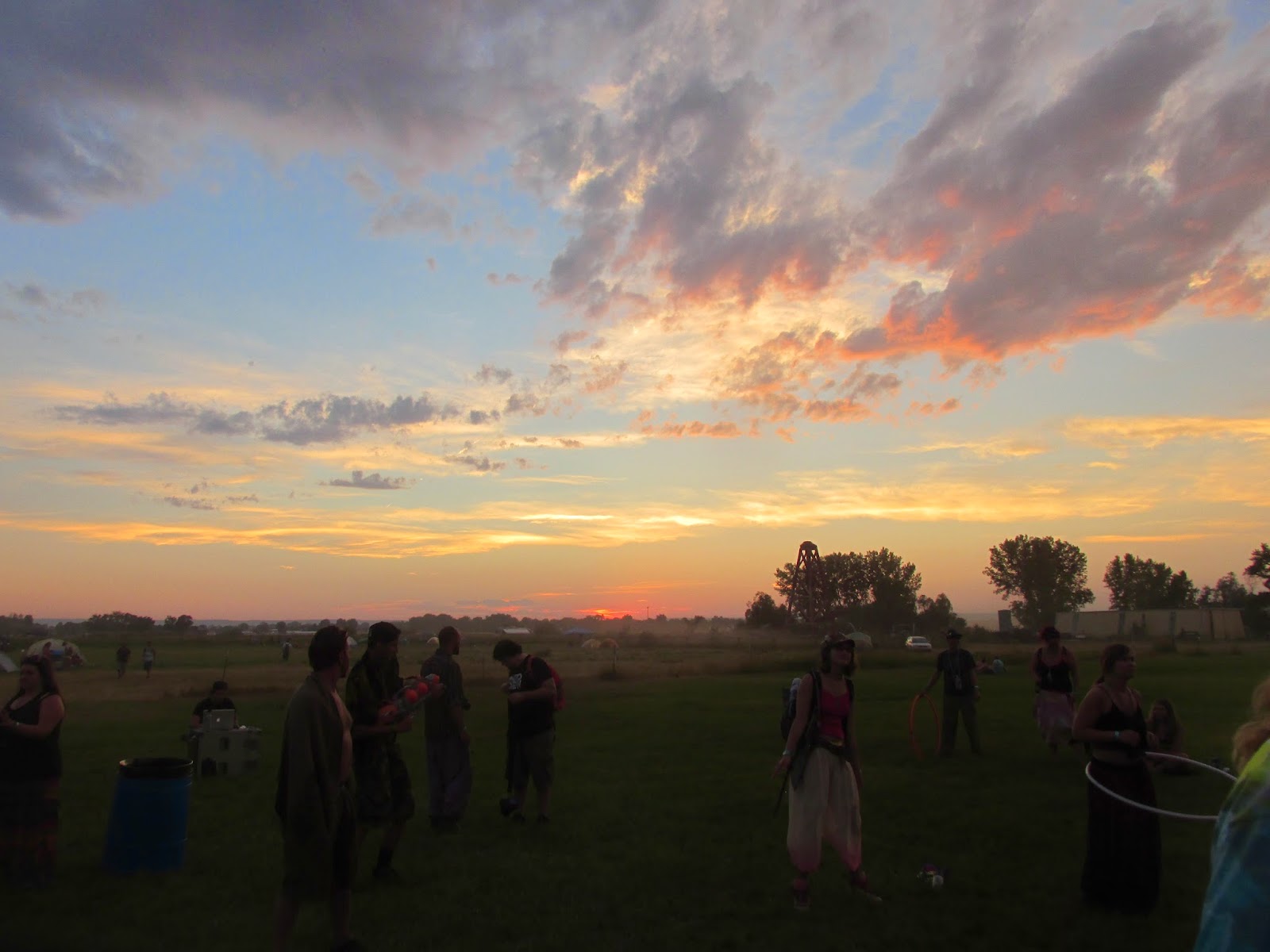 Our friend's band, Satsang, played on Friday night.  I've mentioned how much I enjoy their upful music before.  They're good stuff.  While they were performing Drew hung up a smaller banner with a Dalai Lama quote on it.  I'd never heard this particular bit of wisdom before.  I must have read it a dozen times or more while they played, letting it sink in.  I like the idea that each of us is a laboratory where experiments in better living, better harmony take place. 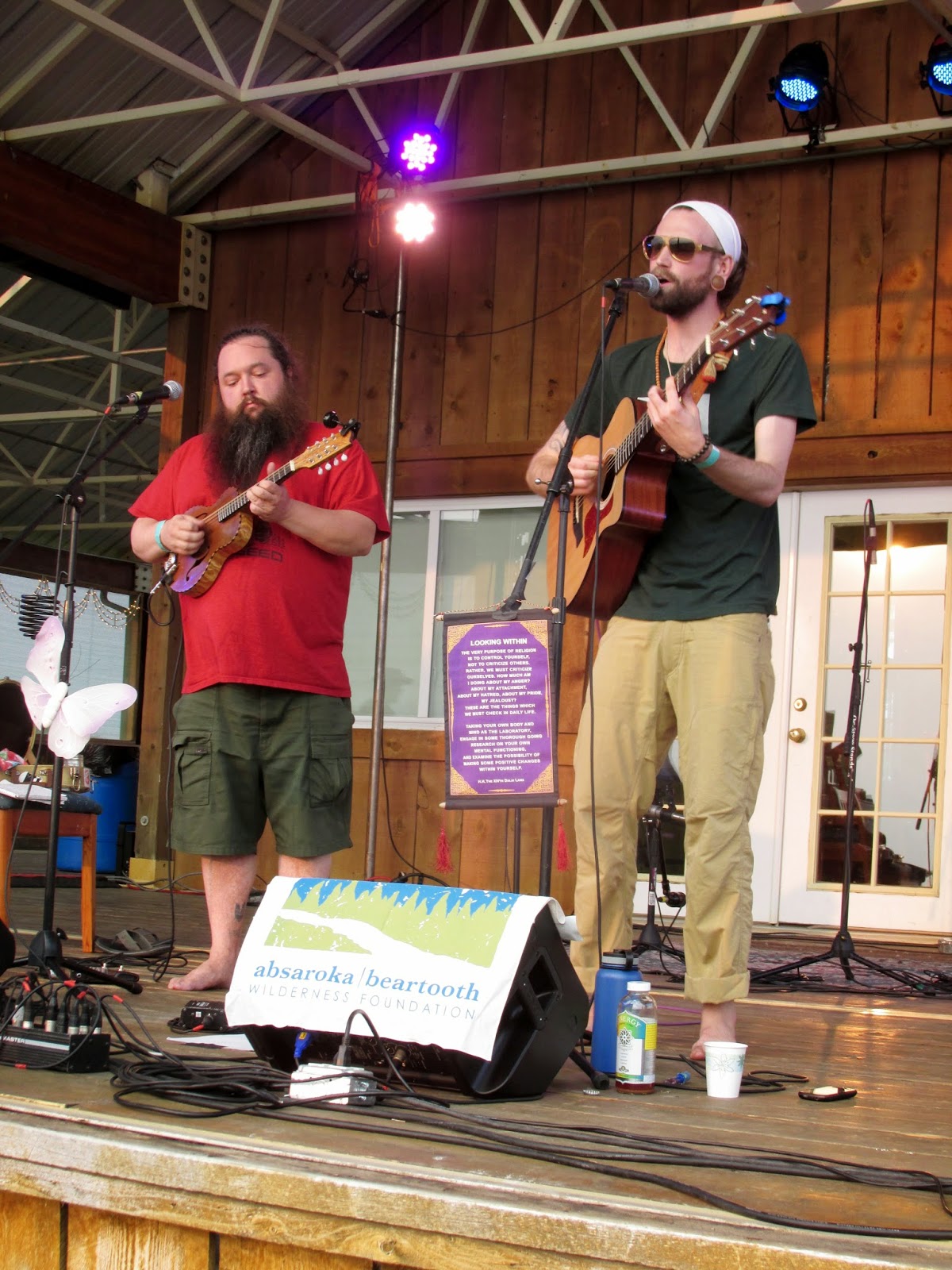 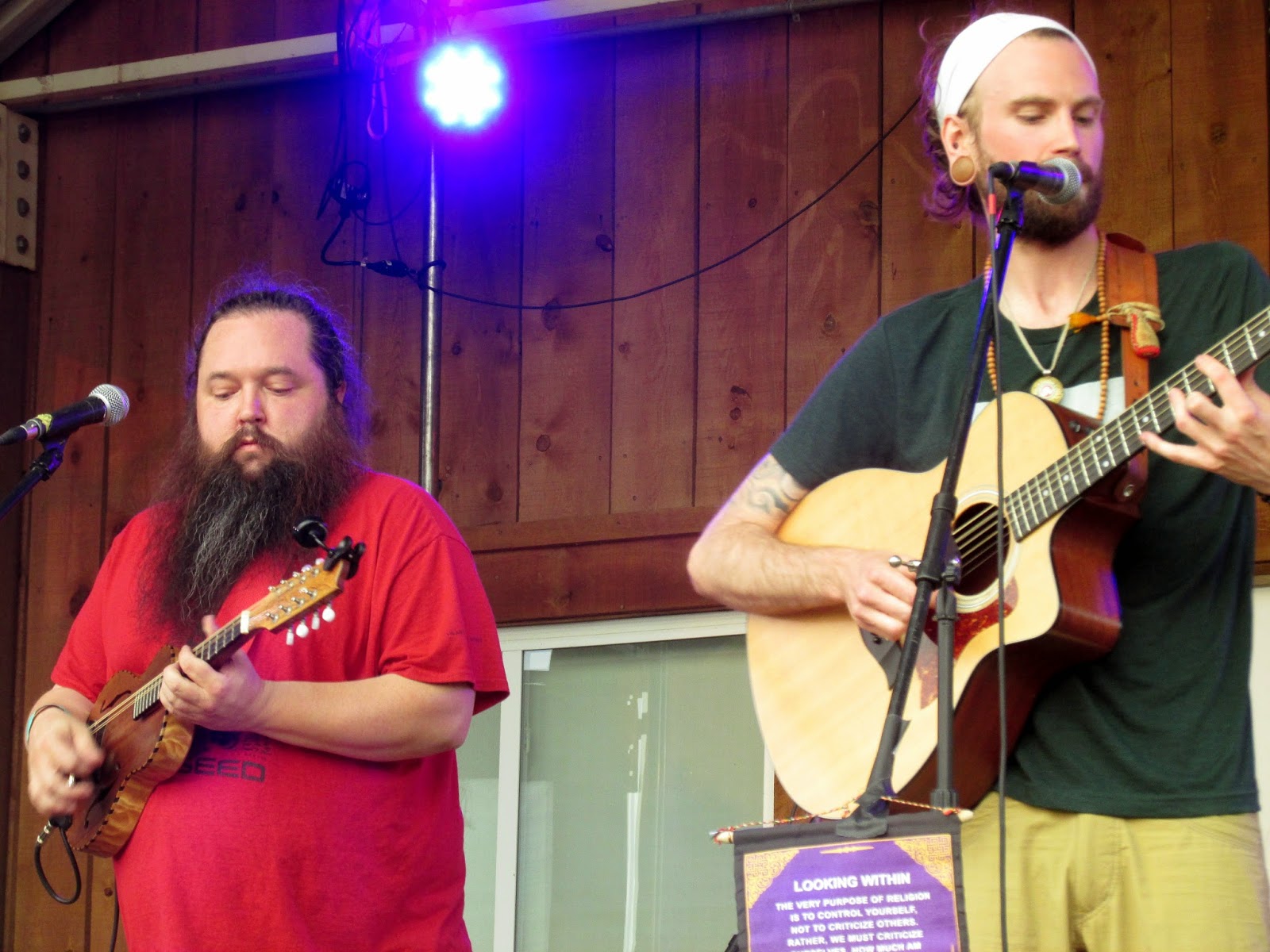 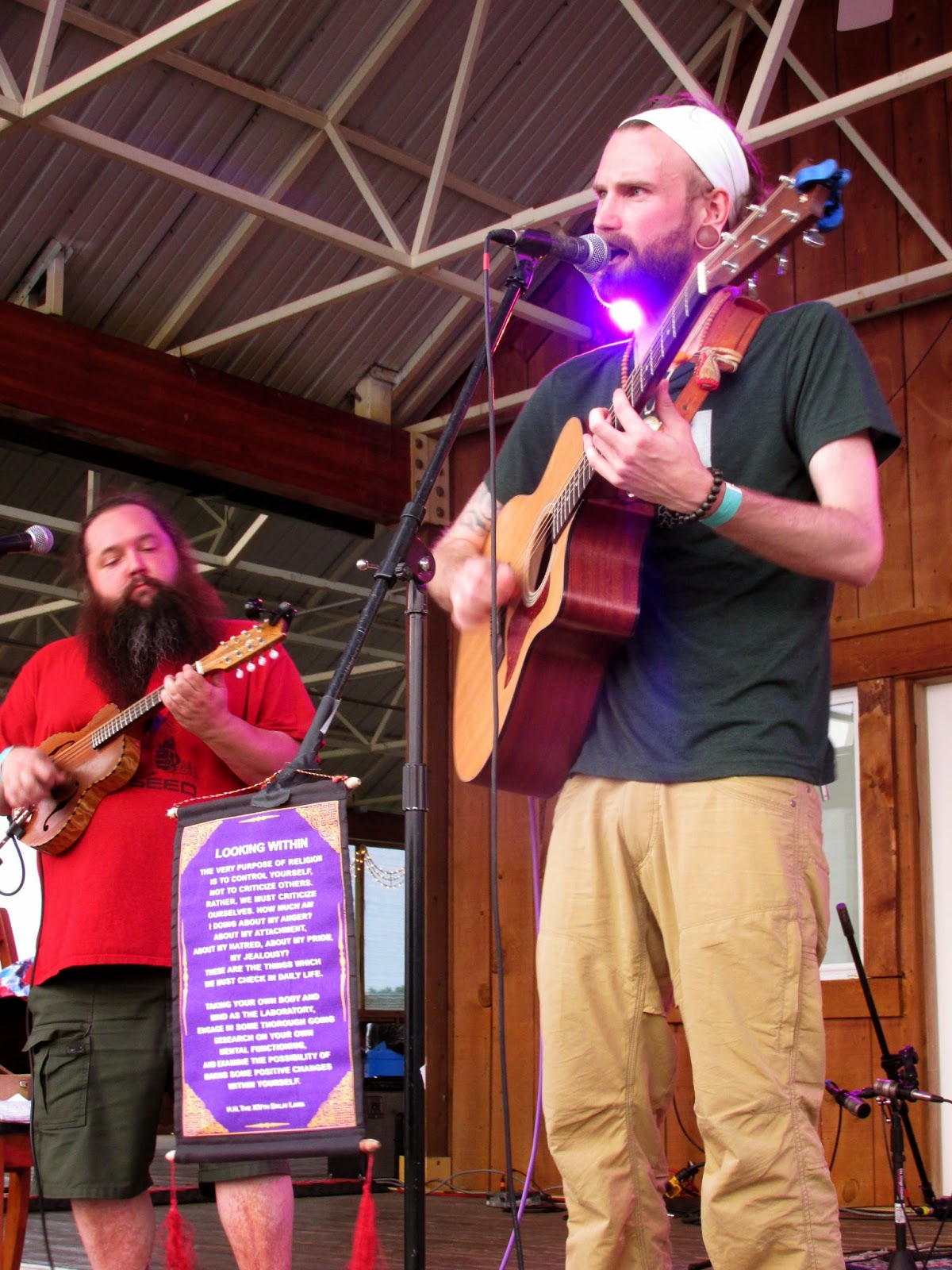 "The very purpose of religion is to control yourself, not to criticize others.  Rather, we must criticize ourselves.  How much am I doing about my anger?  About my attachment, about my hatred, about my pride, my jealousy?  These are the things which we must check in daily life.

Taking your own body and mind as the laboratory, engage in some thorough going research on your own mental functioning and examine the possibility of making some positive changes within yourself."  - H.H. the XIVth Dalai Lama We wandered in the trees along the river.  We watched two glorious, almost unbelievable moon rises.  The smoke hanging in the air from forest fires made it an eerie, wonderful orange.  We camped in a great field for kite flying.  We got to hear John Adam Smith rockin' on the weissenborn.  I sure like the sound of that instrument.  Its so earthy.  We got to try out our fabulous, new double sleeping bag.  Hooray for being able to snuggle with Matt while camping!  Its so much better than being in our own separate bags.  We hid from the blazing noon sun under our shade canopy blowing grass whistles, snacking, napping, and laughing with our friends and neighbors.  We set up a row of luminaries (using LED tea lights and sand from the wedding centerpieces) each evening leading from the edge of the field we were camped in to the main stage area.  It was fun to watch the other festival go-ers following along the flickering path in the twilight.  We put on about ten miles both days according to my pedometer, including dancing.  Man, did we have fun.  Oh, the joy and good energy. 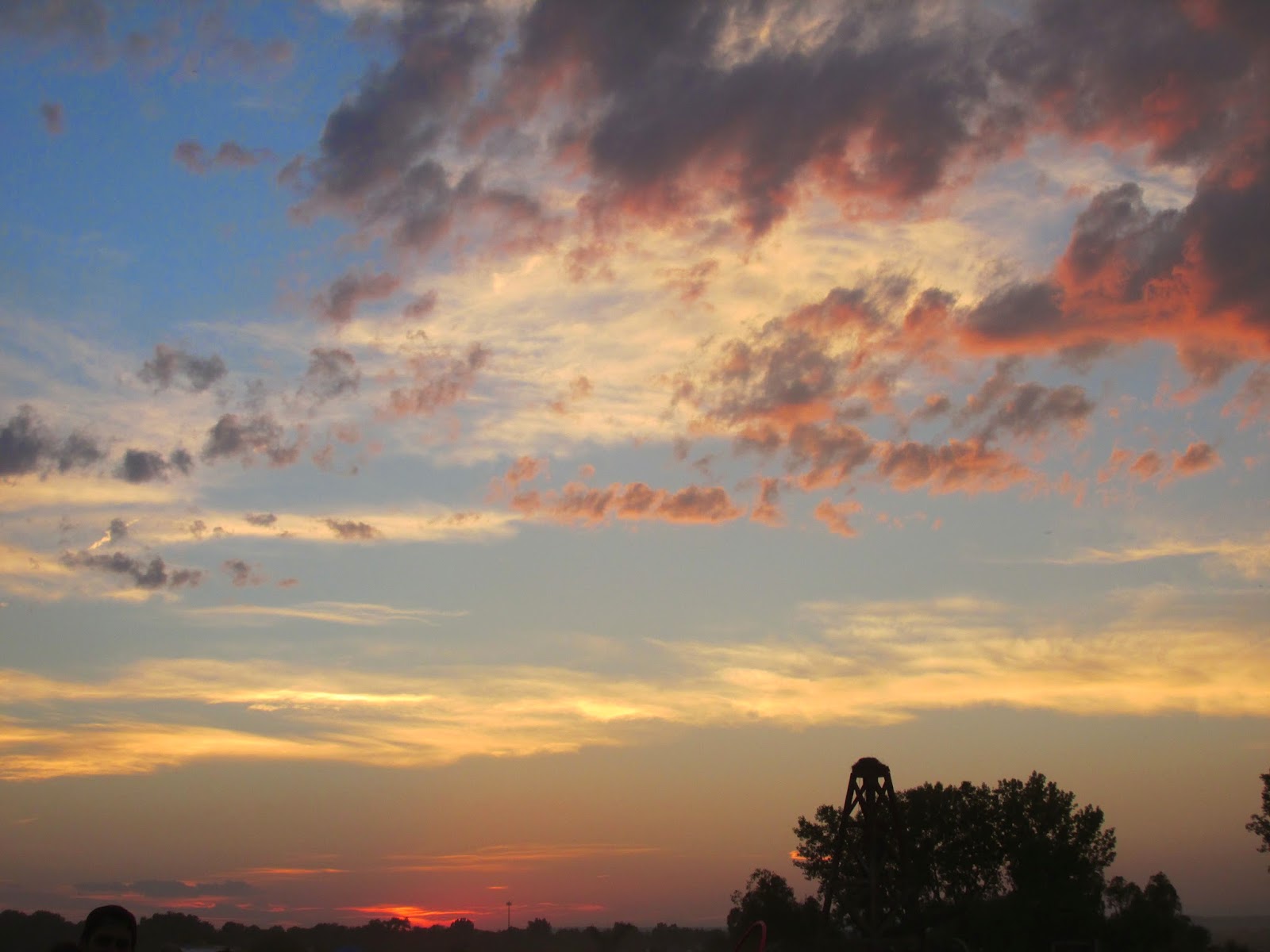 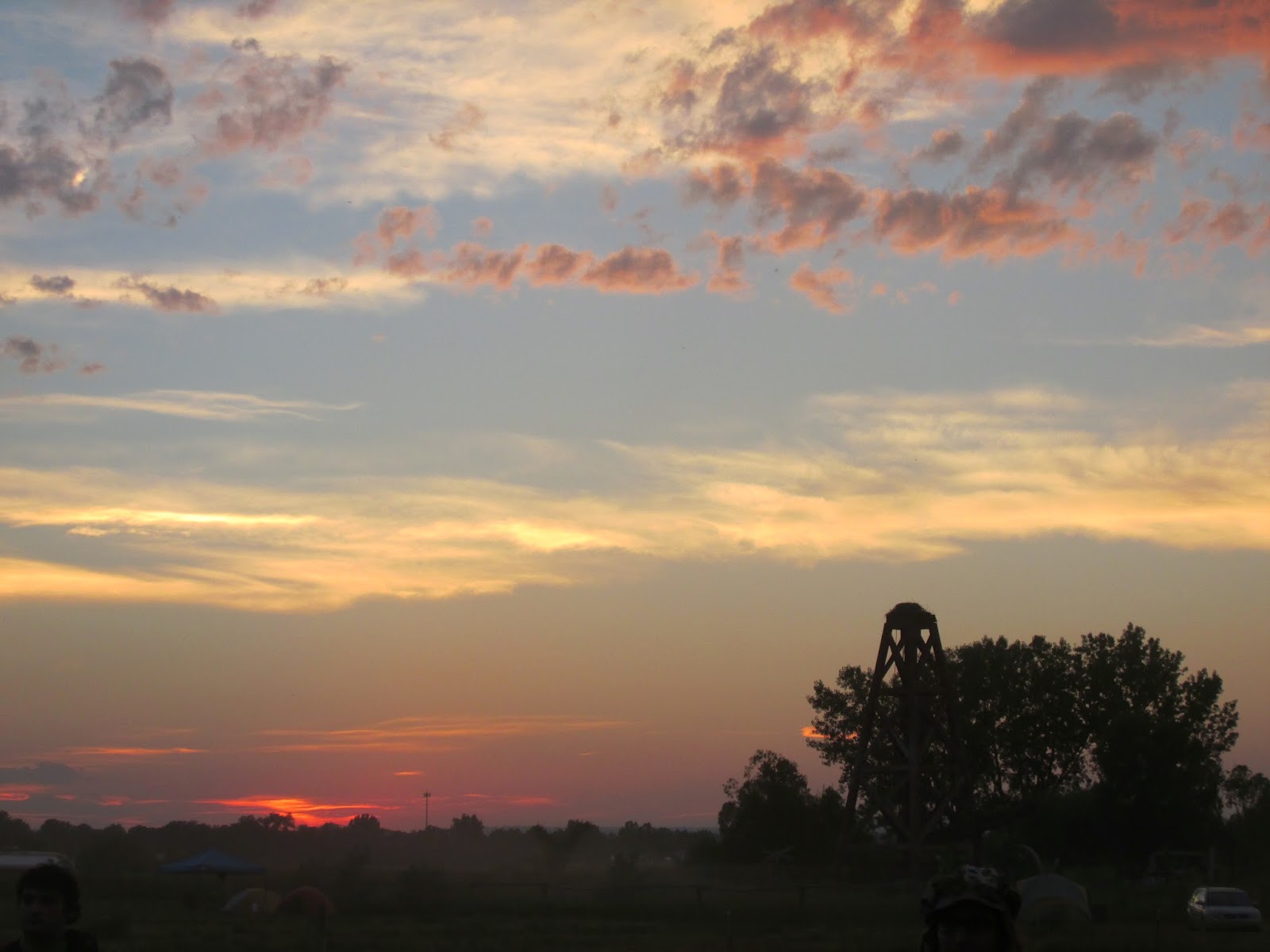 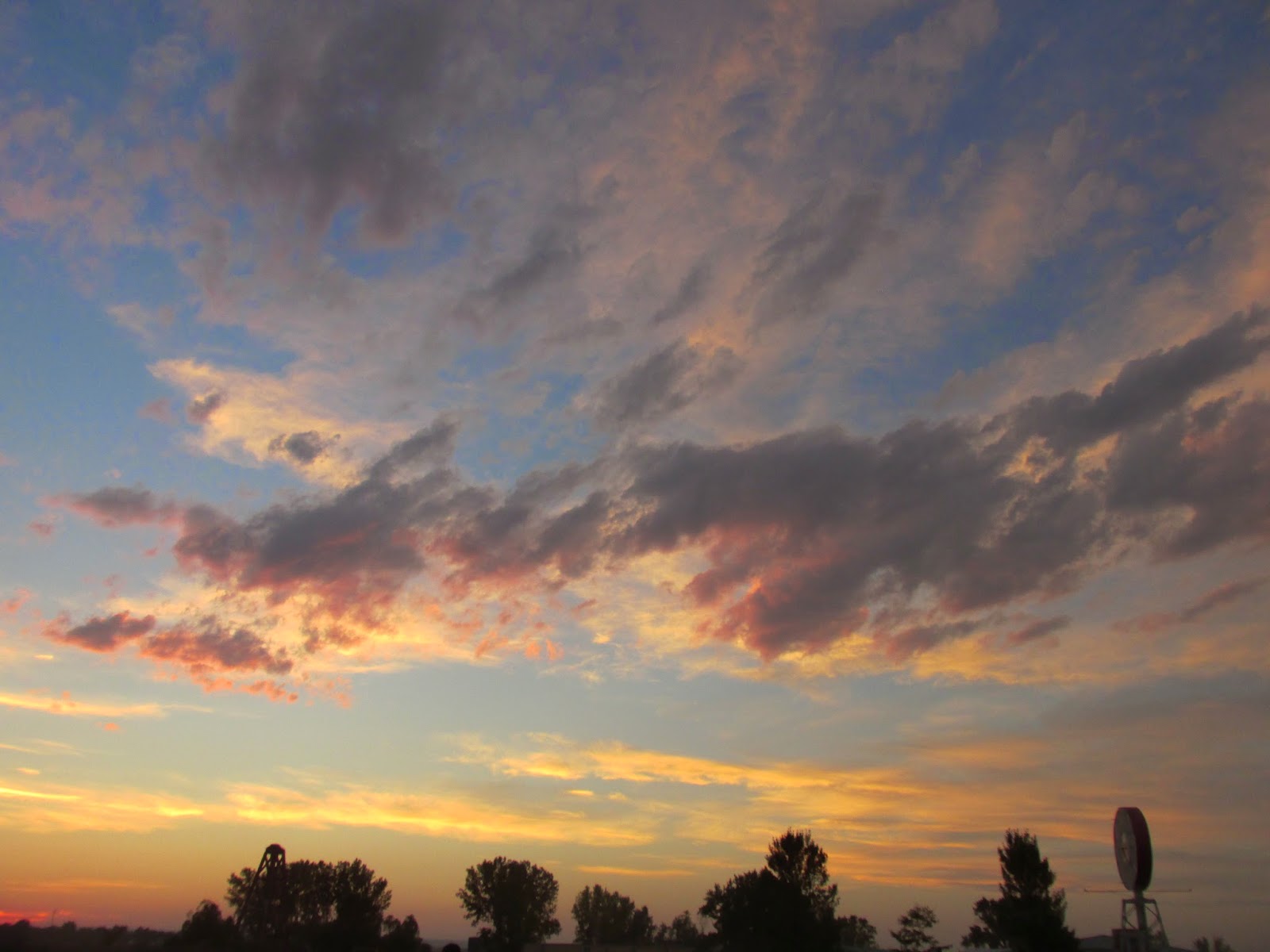