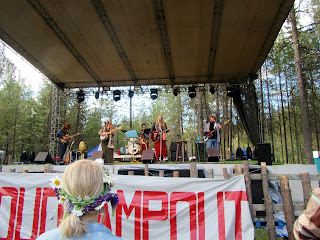 "One way to look at it... is that we are all lost, we were already lost the day we were born.  In music, we can become tragically and beautifully lost...and found again."
-- From Conflict Resolution for Holy Beings by Joy Harjo 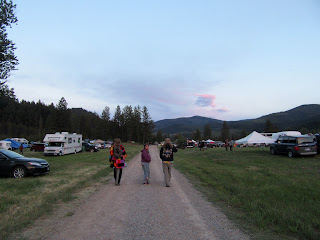 Matt and I went to a music festival with a couple friends the second weekend of June.  Over the winter Matt had proclaimed that we must go to a music festival this year.  For most of our time together we've attended at least one every year.  It used to be the 10,000 Lakes Festival in Minnesota until that one fell by the wayside.  Then it was the Love Your Mother Earth Festival in Montana until that one bit the big one.  Then we started catching Further as much as we could until they stopped touring and soon festivals had been absent  from the calendar for a couple years.  And we missed it.  Live music is a significant force in our lives, as is getting out camping and exploring nature.  Music festivals are a keen way to marinate in an abundance of music and nature all at the same time.  With friends! 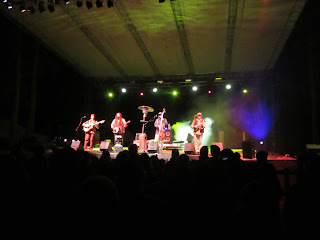 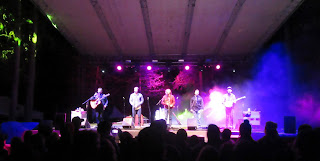 As it happened though Silvercloud Campout started the day after my grandmother died.  It was just about agonizing to go--to choose to leave the family situation in which we were so enmeshed.  I hemmed and hawed about it for a good long while.  Josh almost sounded like he hated to ask when I called, "Um....are we still going to Silvercloud?" 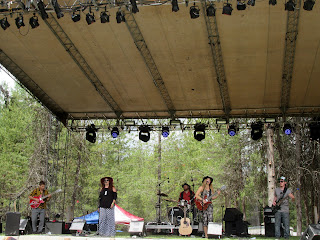 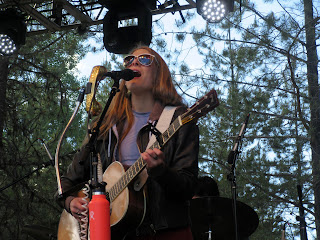 They knew it would do us good. 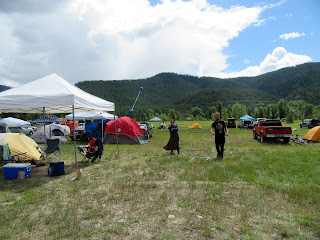 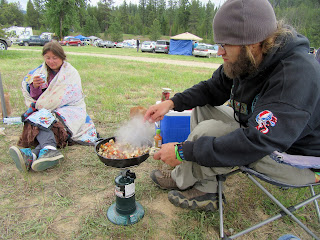 Full moon gazing, dancing in barefeet on the grass, camping out under the stars, laughing until my belly hurt, watching the sunset paint the clouds and the mist sweep across the mountains, wandering the forest spotting the white beargrass blooms gleaming under the moon. 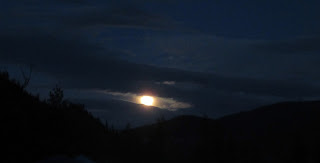 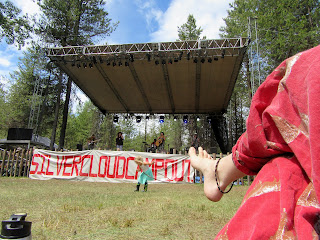 All the music was swell--most of it utterly fantastic.  I can't stop singing the Shook Twins' song Toll Free--and think I might have to run off and buy all their albums.  That funk band from New Orleans was crazy--even if they did think they were freezing to death in the mountains.  The bluegrass was truly top-notch.  I could listen to the Kitchen Dwellers and the Stringdusters all the livelong day.  Or night, as the case may be. 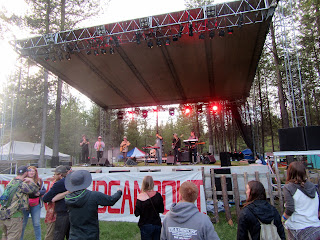 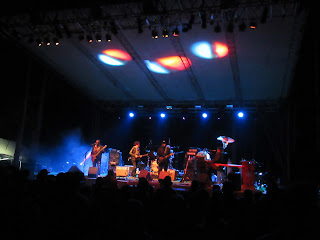 It was pretty fan-foo-goo-tastic to be tired out from good times again, instead of just feeling weary. 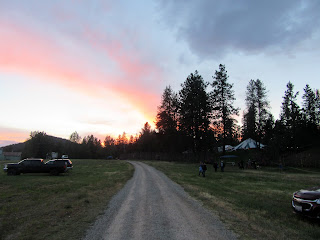 It was an all around sweet little festival.  Small and intimate.  Affordably priced from the tickets to the beer.  An attractive venue with spacious camping.  Stellar music and cool art.  Nice people around warm campfires.  I even got a massage from one of the vendors.  There was no recycling and I needed to bring more warm clothes.  Those are my only two complaints--and I've no one but myself to blame for the latter. 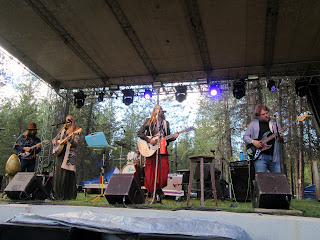 This was the third year of Silvercloud Campout, but the first year we managed to hear about it.  I hope it is successful for the organizers because I could really get used to this as our new annual music festival. 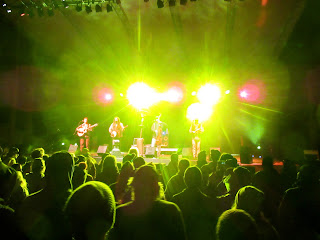