Last year I went off the Harry Potter deep-end.  I basically read or listened to the series non-stop all year long.  Like, six times or something.  I'd finish one book and immediately start the next.  I'd hit the end of the series and gleefully start it over again at the beginning.  I find it to be such a lovely, imaginative world populated with complex and heartfelt characters overlaid with the compelling eternal drama of good versus evil.  I love it.  Obviously.

Just the books though.  The movies are...alright...pretty good even, but it is the books that I can't get enough of. 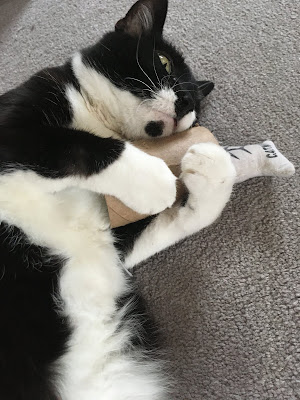 I actually read them too many times last year though, I think, hence my nearly singular reading goal this year:  Give Harry Potter some space.  I would find myself comparing near every situation with "Oh, that's like in Harry Potter when..."  Plus, there are minute flaws and inconsistencies that I only gleaned after excessive familiarity from overreading.  Like, how Fred and George never saw the supposedly dead Peter Pettigrew on the Marauders Map in all the years they had it and Peter was Percy's pet.  Or why Harry's dad comes out first when Harry and Voldemort's wands are linked with the Priori Incantatem spell when James clearly died before Lily...so that's backwards.  Or whether or not one needs a wand to transform into their animagi familiar because most people don't, but Peter did.  And so on.  Nothing major, just little inconsistencies in how the magic works mostly.  [Matt says:  How do you know how magic works, Beth?  And I suppose he has a point.  If magic is a skill they're strengthening and honing at school perhaps, at least in the latter example provided, that is an explanation.  It can't explain away the reversed parents thing though, so...] 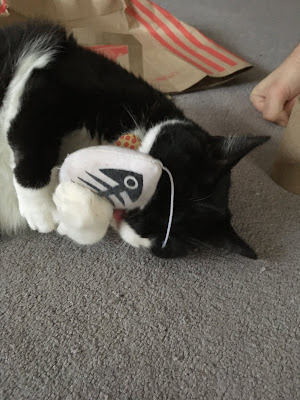 Realizing that I was being obscene by reading the same seven books over and over I thought I could make it into a sort of project to justify it.  One of my "book reports" as Matt calls them--comparing any differences between the UK editions of the book and the American editions.  I borrowed three of the books in their UK editions from my friend Dee Ann who bought them on a trip to England.  I also borrowed one UK audiobook, read by Stephen Fry instead of Jim Dale, through interlibrary loan.  The latter was an interesting comparison in and of itself.

I love Harry Potter and am a bit of an Anglophile.  It was a match made in heaven.  Plus, it gave me the opportunity to produce this book report.  [Hahaha!] 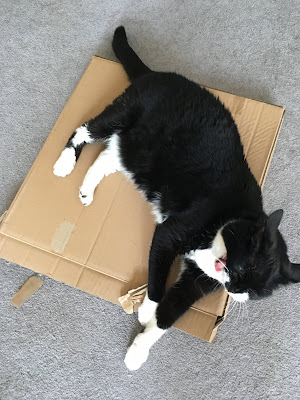 Since I love language, I was particularly keen to contrast the British English and the American English.  I was curious to see how the publishers/editors might tweak things to make it more comprehensible to an American reader while retaining some authentic British flavor.  This was prompted by the use of the word "pudding" in both UK and American editions.  I've come to understand that "pudding" in England can mean basically any ol' desert.  In America, "pudding" is just one particular kind of dessert.  We would never call a chocolate cake pudding, but that is exactly what happens in Harry Potter.  I thought it was weird that the editors would leave in something like that when they clearly changed other easily confused words, like "jumpers" (which means sweaters in England and an overall style dress in America), to a more American form.  I thought I'd find out more.  [Matt says:  Couldn't you just google that?  I mean, there has to be some other Harry Potter dork out there who has already done this.  My reply:  What would be the fun in THAT?!??!] 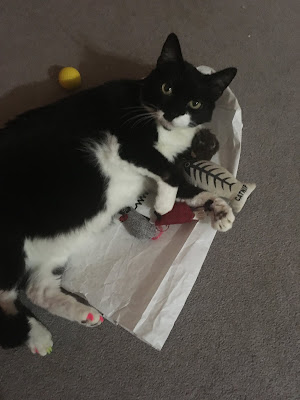 I took notes as I read three of the UK editions--The Philosopher's Stone, The Chamber of Secrets, and The Prisoner of Azkaban.  I petered out for The Goblet of Fire, though it was no less enjoyable for the lack of notes.   It was tricky to take notes while sitting in the bathtub listening to the American version (at double speed!) while reading along with print UK book carefully in hand, but that didn't stop me.  True story.

The format below is :       British Version - American Version. [Plus some thoughts or additional notes about it.]

I will also add that the Quaffle is described in both UK and American books as being about "the size of a football."  Of course, that brings to mind very different things for a UK reader versus and American one. 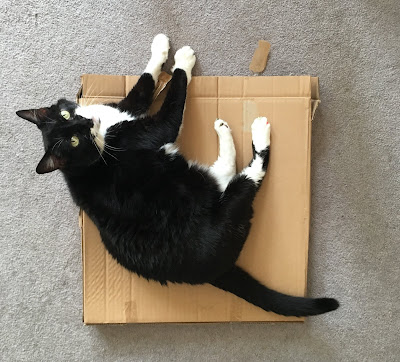 It is my assessment that the books got increasingly left intact as the series went along.  The word "queue" was always changed to "line" in The Chamber of Secrets, but by The Deathly Hallows they'd leave "queue" in.  I'm not sure if this reflects a shorter turn around time in the publication cycle as the series became such a phenom.  Perhaps the publishers wanted to release the American edition more quickly and editing for anything but obvious spelling differences (defence, colour, favourite, etc) was sidelined. Or perhaps the editors were leaving in more British language style as part of the increasing maturity of the writing.  The books do mature right along with the characters within--as did the readers, presumably.
This was a superbly fun little project for me.  I got to have my Harry Potter reading bender, a linguistic dork out, AND I learned new stuff, too.  Slamdunk!
By BLD in MT