The Before and After Garden

I never did show you what the "garden" looked like when we bought the place, did I?  Well, here you go: 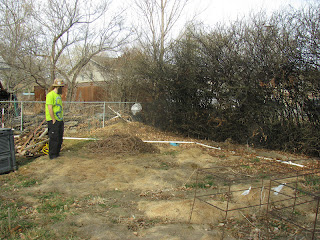 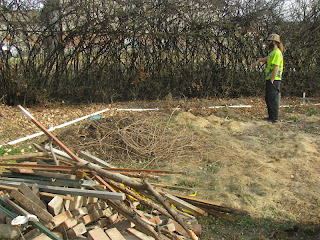 As you can see it had mostly been a dumping ground for grass clippings and yard debris.    The bushes along the back fence were so overgrown the path along that edge of the garden was impassible.  The whole area was fenced off completely from the rest of the yard... with no gate... because the previous owner apparently had no need to get in there easily.  He'd had a dog to keep out of there though.   Speaking of, the garden was surrounded with dog waste, too.  It wasn't a pretty sight (or smell, really), but you could tell it had potential. 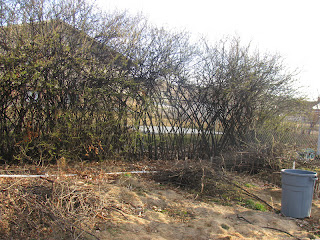 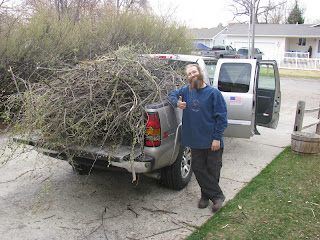 So, we raked up the poo. Matt ruthlessly thinned the shrubs and piled all that grass and all the dead leaves into an impressive compost pile.  We measured paths and laid bricks to define the beds.  We took the fence down, allowing the garden to open up to the rest of yard.  Derek came over and helped double-dig.   Seeds were sown and things started to grow.  And to look good!  (The rejuvenation of Spring probably helped it start to look good as much as our efforts.) 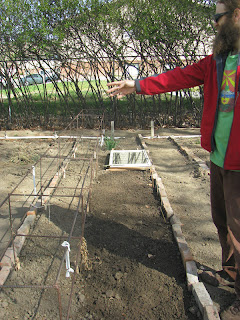 There is still much to be done, as there probably always will be.  The ditch north of us hasn't been filled yet so we still are waiting to figure out our irrigation system (the white pipes visible in nearly all the photos).    We want to add a small sitting area on the grass on the west side of the vegetable bed, under the shady tree (left in photo below) where we can watch the birds and have dinner on evenings too warm to stay inside.  We're hoping to build cold-frames by fall.  We want to extend all the beds out into the center of the yard where the sun is most consistent.  Lots of dreams and plans still in store for the space. 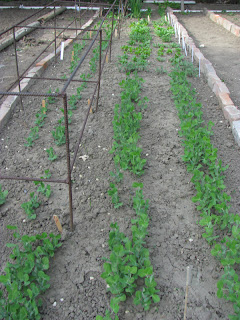 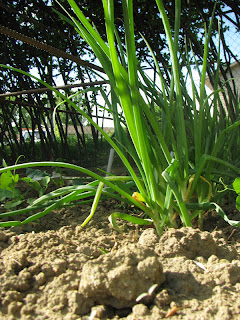 But, its coming along nicely I'd say.
By BLD in MT