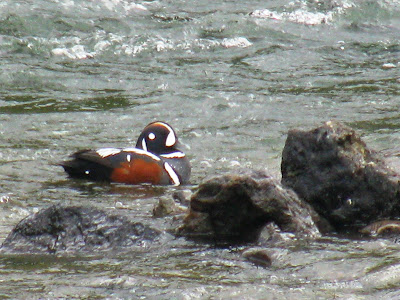 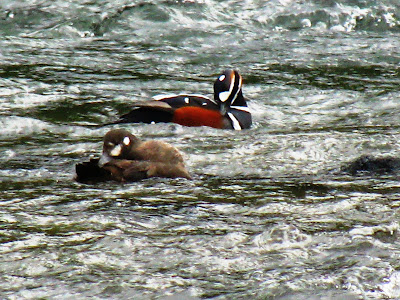 We saw two new species of birds in Yellowstone last weekend—Barrow’s Golden Eyes and Harlequin Ducks.  (And another 19 species we’d seen before.) 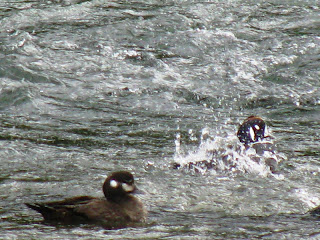 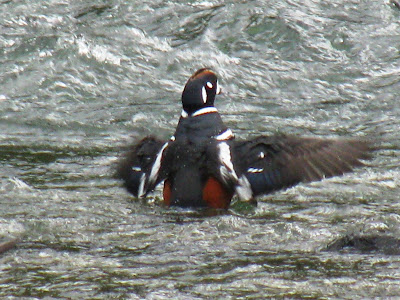 Those Harlequins have to be the prettiest ducks I’ve ever seen.  Matt still thinks the Wood Duck might win the duck beauty contest, and he might be right, but in the moment, with the Harlequins right in front of me, it seemed the Wood Ducks had been dethroned. 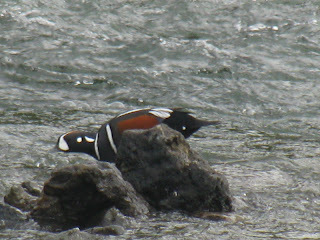 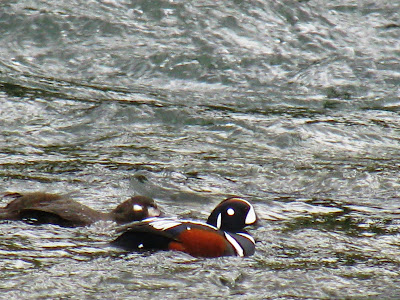 The contrast of dark and light was just spectacular.  I just don’t understand how such beauty could be painted onto a bird.  The perfect circles and lines which you know are made up by subtle variations of feather colors are somehow incomprehensible to me.  It is a miracle of perfect beauty.
There were several soft, and much more subtle females and one mating pair of Harlequins splashing and preening at the LaHardey Rapids.  The male is so obvious in his stunning garb that you could hardly miss him.  We watched them for quite a long time from the riverbank. 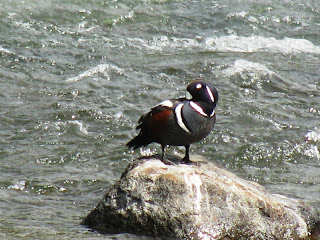 There was MUCH preening going on.  When you are that fancy looking I guess you want to stay sharp in order to impress all those ladies.  It must have worked.  We watched long enough to observe the pair mate in the water.    We’d also seen the Golden Eye’s mate earlier in the day.  Tis the season. 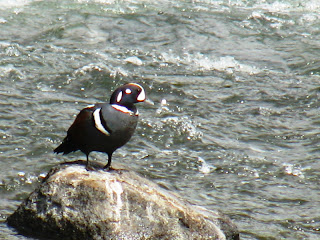 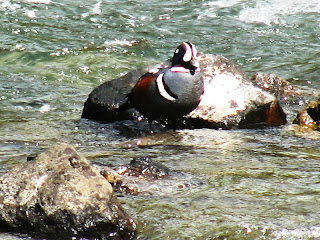 We were especially excited to see these birds because they don't ever pop up around Billings.  They are sea ducks that only come to the western Montana streams to mate and nest.  The male will head back for the coast in June.  The female and young will stick around until around September.  Harlqeuin Ducks that have been banded in Montana have been found to return to the coasts of British Columbia, Oregon and Washington. 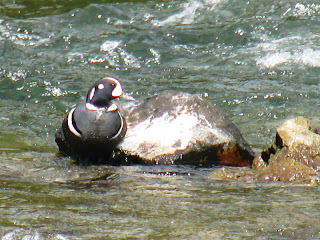 I always thought the Harlequin Ducks looked stunning in my guidebooks, but I was in no way prepared for just how stunning they really are. 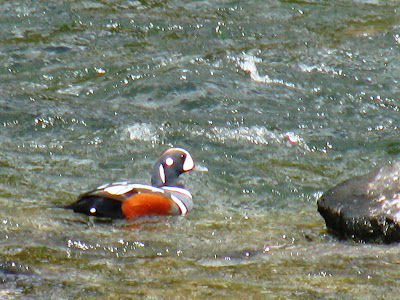