We left town immediately after work on Friday (8/16) and spent the night with my Dad and Dana so that we only had four hours or so to go before we hit the park on Saturday.  We left my dad's just before dawn.  We were so excited to get underway.  Who could sleep any later?! 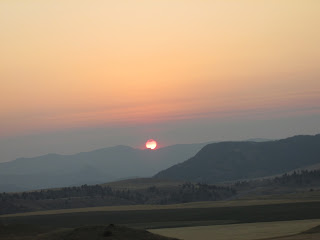 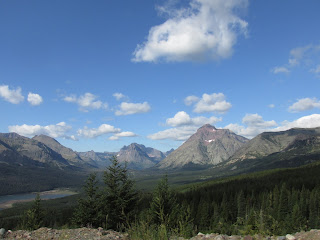 We enjoyed the scenery the whole way which only continued to get better the closer we got to Glacier itself.  We set up our camp at the Two Medicine campground in the southeast section of the park and promptly hit the trails.  We'd read about a 3.8 mile long, "moderately strenuous" hike to Scenic Point that offered sweeping views of the flat lands meeting the mountain country.   So, off we went. 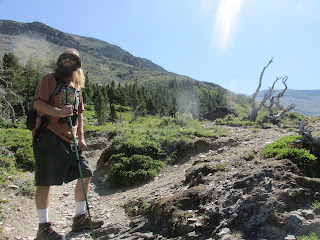 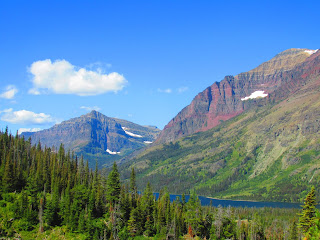 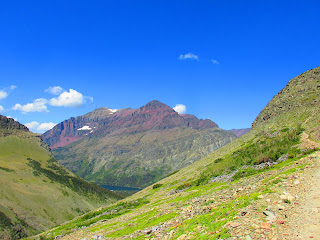 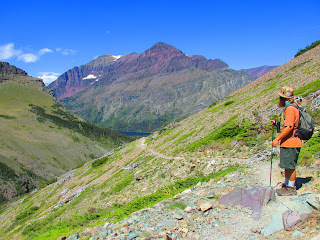 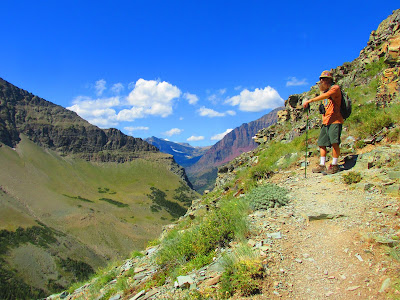 There were many wildflowers along the path, though not nearly so many as in the more moist areas of the park.  We ID'd mountain penstemon, fireweed, showy daisy, pearly everylasting, and Indian paintbrush to name a few.  The fireweed and Indian paintbrush were most notable for me.  So much color!  The pearly everlasting were quite thickly populated.  Matt found just a few huckleberries and so I was able to eat my very first fresh huckleberry.  It was even better than I had imagined. 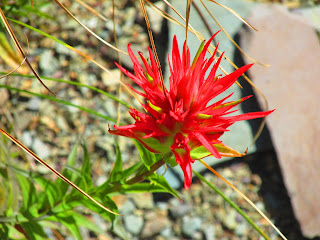 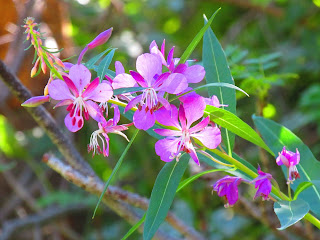 We also spotted a neat caterpillar in the middle of the trail.  It was so windy the little guy was getting blown down the trail in barrel-roll fashion.  It was fuzzy and cool looking though.  I like fuzzy caterpillar better than smooth ones.  I just think they look cooler. 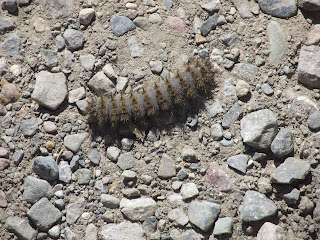 I don't think I can adequately put into words just how jubilant I was at hiking through such scenery--red mountains, white fluffy cloud-filled skies, smooth, blue mountain lakes, endless green forests.  I'd been looking forward to the trip for months and I was--from the very first moment--not disappointed.  That is actually quite an understatement. 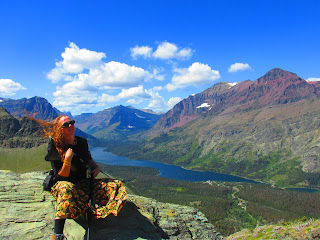 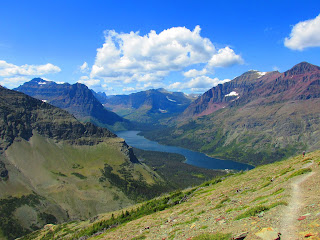 In the end we didn't make it all the way to Scenic Point, stopping perhaps a half mile short of the large stone outcropping.  We were close, but we were tried and satisfied and figured the place we were at was scenic enough for us.  The guide books are just a suggestion.  So, we rested a long while on that mountainside with the wind absolutely roaring over us as we stretched out on the sun-warmed rocks.  It was warm as long as one laid down flat against the mountains, but that wind had chilly teeth if we sat up or stood for too long without moving. 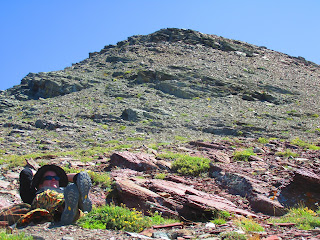 I felt so alive.  If our water bottles weren't running low I think we could have stayed up there enjoying the view for hours and hours.  As it was I think Matt and I both dozed a bit in the sun. 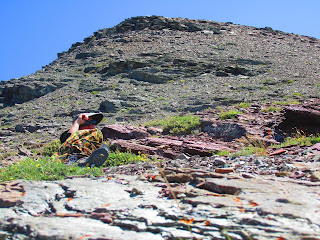 It was so windy the whole hike!  But, we were quite thankful for it as it kept us cool despite the exertion from the hike.  And it was certainly exerting as the trail kept going up, up, up.  But, the view was sure worth it.  We might have been fool-hardy to start out our week of hiking with a 2,000+ ft elevation gain endeavor, but....eh...sometimes one just has to jump right in, I think.  The hike down was a piece of cake. 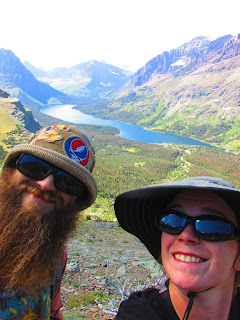 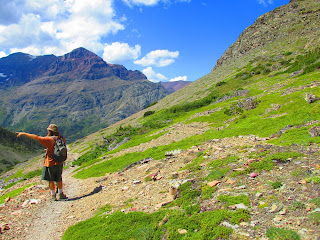 Back at camp we walked down to Two Medicine Lake and soaked our feet.  Matt skipped stones.  I failed at skipping stones, like usual.  We watched a bear amble about on the mountainside above camp through our binoculars.  We ate s'mores and played guitar around the fire.  We fell asleep, tired and happy, as the stars started to twinkle in the night sky. 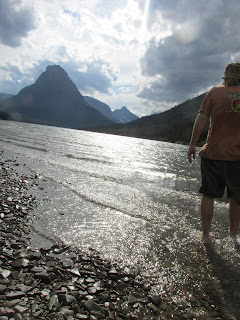 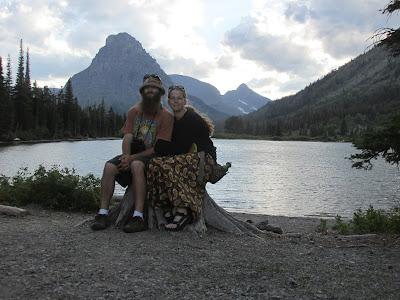 A great first day.
By BLD in MT