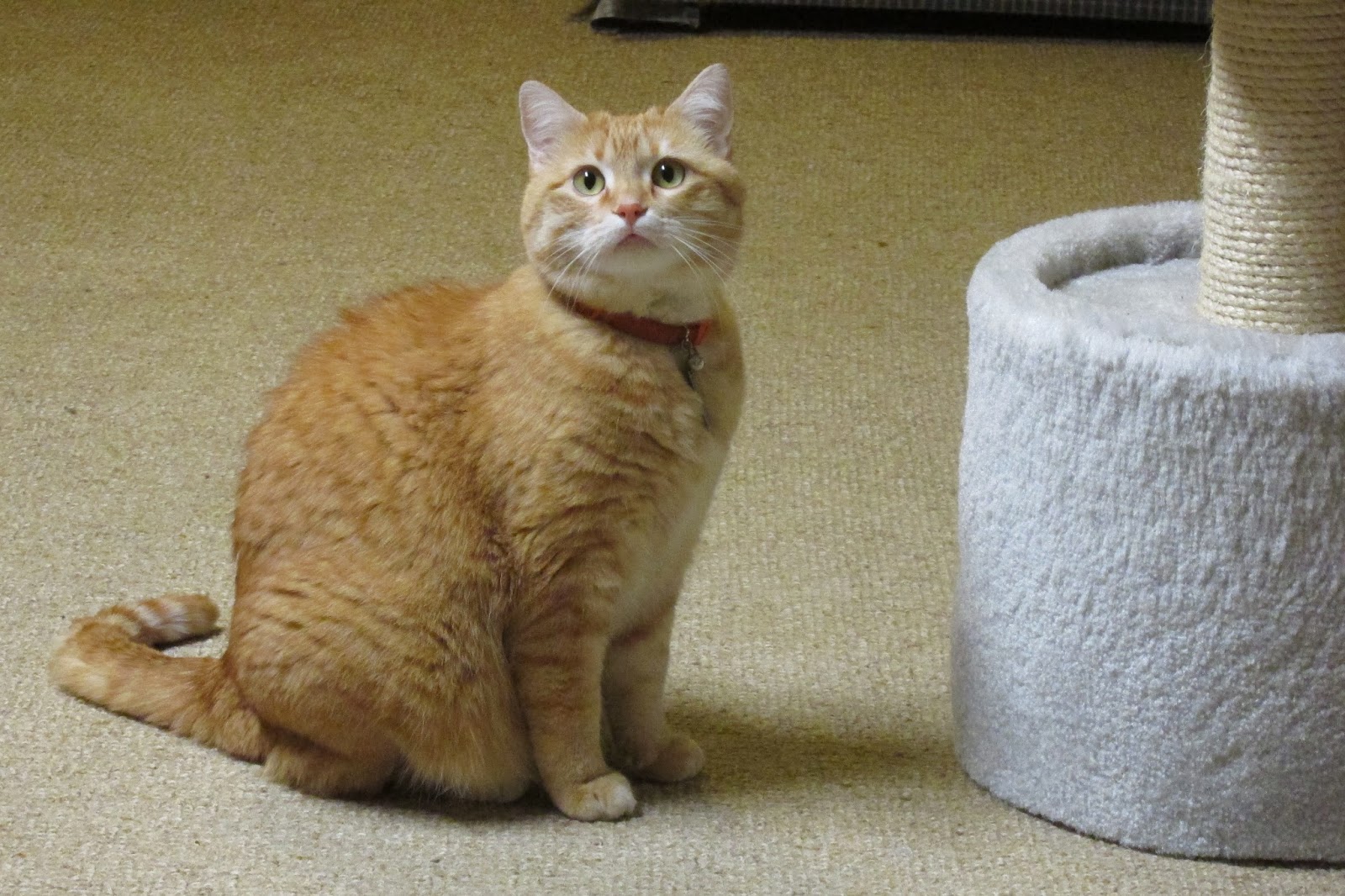 Her name is Ginger.  Her previous owner was my boss--who in a most unfortunate turn of events suffered serious health problems which sped up his retirement and forced him to move into a rehab center for the past several months.  During that time Ginger has lived basically alone.  She had someone who would come and feed her daily and spend time with her once a week, but for all practical purposes she was on her own.

Matt and I had been talking pets for, well, years.  We'd talked several options, but, for a variety of reasons, the timing was just never right.  And then it was.  Ginger needed a home.  I wanted an animal to love and care for.  Matt wanted me to have an animal to love and care for.  And so Ginger moved in.  Or rather we came and kidnapped her from her home and took her to a strange place with strange people one dark, winter night.  (I am quite sure that is how she perceived it.)

She hid behind the furnace for several days and would not come out at all.  But, we took turns sitting by the furnace and petting her through the gap between the furnace and the wall and she started to purr and ever so gradually come out of hiding.

We've had her with us almost two weeks now and she is gaining confidence in us and her new surroundings in leaps and bounds.  We took a nap together for the first time over the weekend.  I had to nap on the carpet in the basement as she refuses to get on the furniture (which is fine by me) and is still most comfortable in the basement of the house, but still!  Progress is being made.  She curled up sweetly on my tummy and purred and purred and purred.  She didn't move even with Matt going up and down the stairs--which had usually set her running for the furnace.  Yesterday she surprised Matt and I by strolling out of the craft room when we had never really seen her voluntarily hang out upstairs before.  Progress is being made.  She seems to be realizing that what's ours is hers.

So, its cool.  I am oh so happy and so is Matt--and based on all the purring so is Ginger.  I knew I would be.  I am totally a pet person--more specifically a cat person.  Almost all of my life I lived with a dog, a handful of cats, and usually a small rodent or two.  But, this is Matt's very first cat and one of his very first pets, really.  But, I needn't have worried they get on with each other quite well.  Matt seems to get a kick out of making her chase strings and the like.  Ginger can't get enough petting and is very quick to play--almost like she's been missing it for the last several month.  So, we're a happy little trio at our place.

I'll do my best to not let Ginger photos take over the blog, but no promises.
By BLD in MT