The End of the Onions

Last night I chopped up the last of our onions, stored from the 2014 garden, for dinner.  Matt told me he was impressed with my stamina.  The very last onions were itty-bitty.  We'd systematically picked all the larger ones as we'd used them.  He said he wasn't planning to bother with the remaining onions and was going to just toss them in the pot the next time we made vegetable stock.  I don't find them much of a bother, really.  Cut in half, cut in half again, peel of the micro-amount of skin.  Done.  I considered them almost pre-chopped since they're so small.  They are so small though they have been confused with garlic at first glance.  But, they pack a wallop of onion flavor for how diminutive they are!
The onions were sent off with a great farewell in one of my favorite winter meals.  Gosh, they were good.  I made roast veg with homegrown carrots, parsnips, butternut squash, and onions tossed with a little olive oil, soy sauce, and hot sauce.  After the veg is out of the oven I mix in some pasta until it, too is coated with a little of the oil and sauce.  Gosh, I adore onions and butternut squash.  Roast veg, in general, for that matter.  And pasta!  Thus, I just can't get enough roast veg on a bed of pasta.  In the cooler months, when I actually feel like heating up the house via use of the oven, I serve it almost every week--sometimes twice!   They may not have been exactly what we were going for, but those little "pearl" onions are prefect for roasting.  Yum. 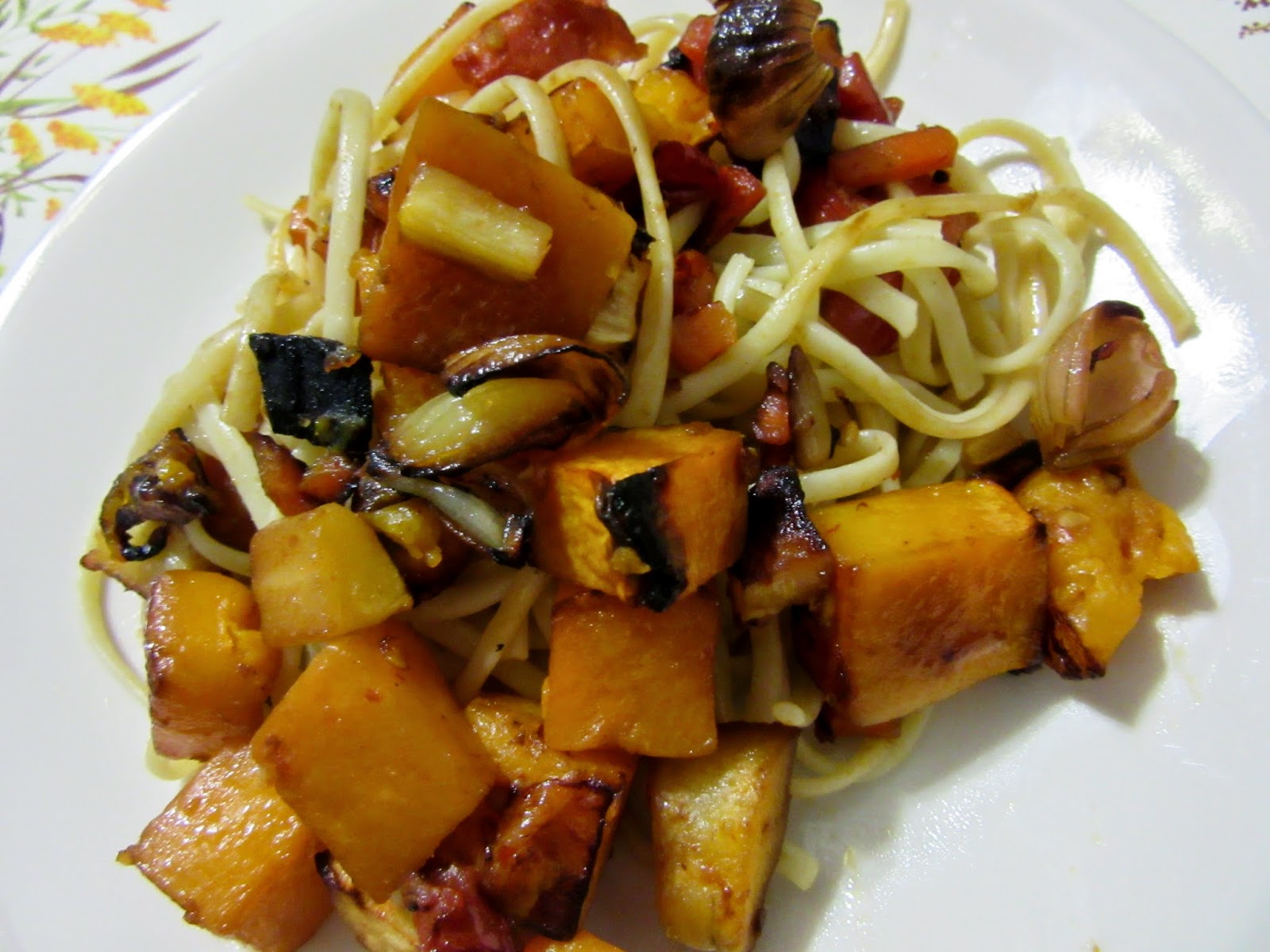 As a total coincidence Matt started the seeds for our 2015 onion family this week, too.  We're diversifying in the interest of getting bigger onions (a common problem of ours) as well as so we can have onion-like veg for a longer portion of the year.  We're growing white, red, and yellow onions, sweet onions, shallots, and scallions.  And of course, there will be chives when they get spring rejuvenated.  But, that is the end of the homegrown onions.  For now.
By BLD in MT