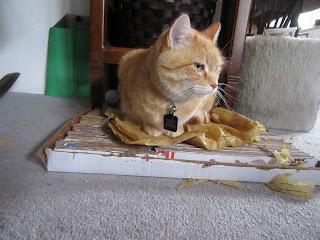 The first draft of this post was crafted long, long ago.  Back before Johnny moved in.  So long ago, in fact, that it contains photos of a beardless Matt!  Thank heavens those days are over, but the cat scratching pad is still going strong (now serving two, even), so I've finally come around to publishing it. 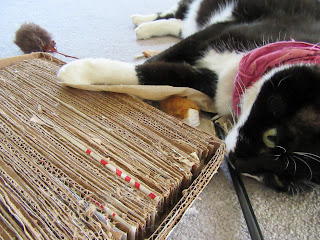 When we adopted Ginger she came with a scratching post.  She works on it several times a day and soon we noticed that she wasn't getting as much resistance for all her efforts--the carpet covering the post was worn out.  We checked out the scratching posts at the pet store.  They were surprisingly expensive, we thought.  There were a number of cardboard models which immediately piqued Matt's interest.  "I could make one of those." 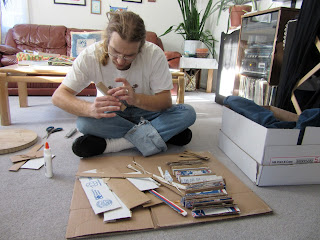 So, he set at it.  Using a box cutter, glue, and some salvaged cardboard boxes he quickly made a section of cardboard scratching pad for a trial run. 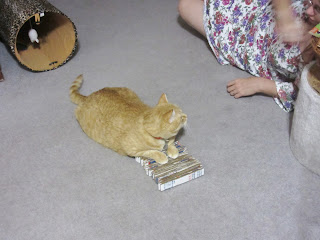 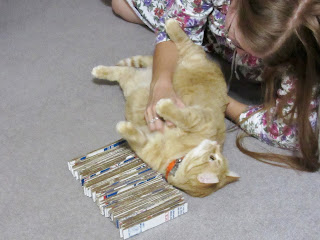 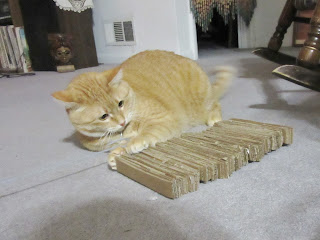 After many months of use we concluded that the DIY scratching pad had passed the test--though it obviously needed to be bigger.  I mean, Ginger could hardly stretch out on it. 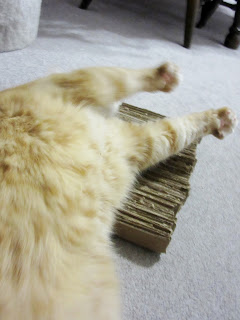 Johnny, once she moved in, did demonstrate for us how it was the perfect size for wrestling with though.  So there is something to be said for a smaller size, too. 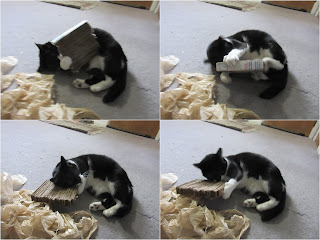 Following the success of the test model we set about making our scaled up version.  I brought home the lid to a box of printer paper from the library.  By cutting down the sides we made a short little tray to use as the base.  I glued together a second section of cardboard strips, which filled out the remaining space in the box lid.  The short edges of the box lid keep the cardboard in place as the cats roll, scratch, and nap on top, though I did glue it down with a little Elmer's glue, too. 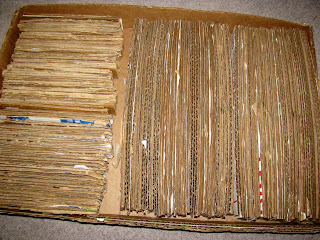 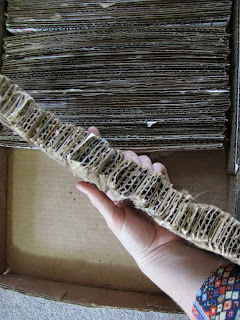 It isn't much to look at, really, but it sure was easy and fast to make.  Ginger starts almost every day with a pit stop on the scratching pad before heading outside.  Johnny appears to think it is one of the swellest places for a nap. 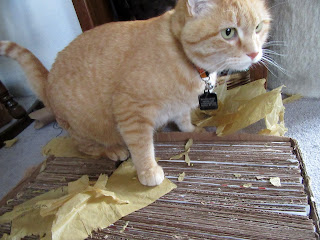 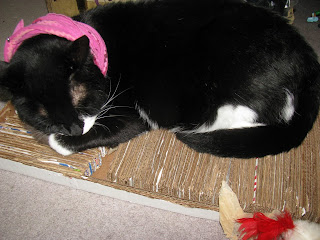 We are pleased that they seem to approve of our humble little homemade product--especially Ginger and especially with tissue paper on top for the shredding and kneading.  If tissue paper AND catnip are involved it is hilariously popular place. 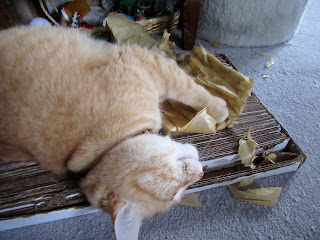