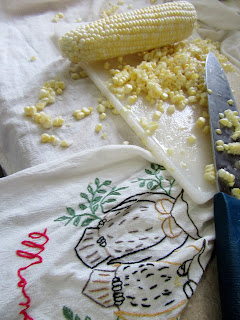 We actually managed to be in town on a Saturday morning for a change.  As such, we hit the farmer's market for corn and cucumbers, neither of which we grow ourselves due to space requirements.  I like that, actually, it still gives us a reason to go marketing.  Pretty much everything else I want I can find out back in our own garden.  Farmer's markets are cool though and I enjoy being able to support them, even just a little.  Plus, we always run into people we know. 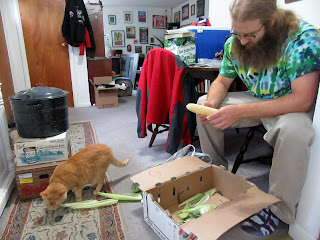 Matt shucked the corn while I cut it off the cob and processed it for freezing.  We use Matt's grandma's recipe.  It is the best corn ever.  I mean, isn't everything Grandma makes like that?!  We're tickled to keep the tradition alive in a new generation.  We bought eight dozen ears and--after reserving a dozen for fresh eating--ended up with almost 60 cups in the freezer, in nice little two-cup packages.  Gosh....that is a lot of corn.  Winter enchiladas and chili and fritters galore!  Hooray! 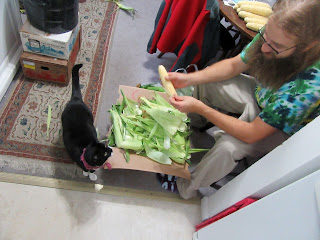 After a brief break to play with cats--who milled about our ankles pretty much the whole time as if they could sense our hands were sticky with corn and thus couldn't pet them--we tackled dill pickles.  Another Grandma K. recipe, right down to the "brown vinegar." 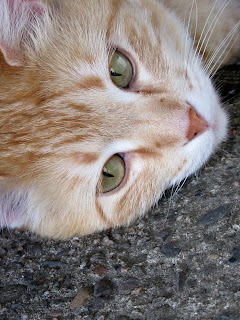 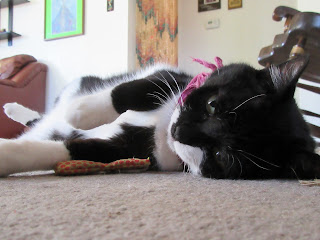 I'll just mention now that scrubbing the little blossom end is critical to crisp pickles.  Also, tiny cucumbers.  The seeds in larger cucumbers do nothing for the crispness factor.  People frequently ask what we use for crisp pickles and that is really all I can say.  We don't use any crisping agents or anything--though I know there are products on the market that are supposed to help.  We've never had a problem with soggy pickles--and that is indeed quite a problem.  I want nothing to do with a soft pickle.  We just scrub the blossom end off well and use the smallest cucumbers we can find, ideally the size of my thumb or less. 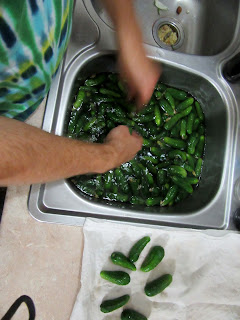 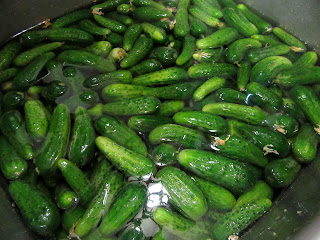 Next up--tomato sauce!
By BLD in MT