"Fare thee well now.  Let your life proceed by its own design." 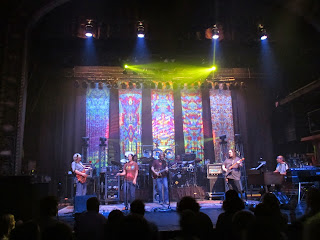 I heard the song "Cassidy," performed twice in recent concert-going experiences--once from Furthur at Red Rocks and once from the Dark Star Orchestra a week later.  I think this song is fantastic, if for no other reason than the refrain quoted above.  But, there are other reasons, too.

The first time I heard it performed live, years and years ago now, I was overwhelmed by the awesomeness of it.  It rang a bell inside me in a way that had never happened when I'd listened to recordings of the song.  Live it filled me up.  Something clicked.  When they sang,  "Fare thee well now.  Let your life proceed by its own design," I felt spiritually connected, uplifted.  It was life affirming.

So I'd have been happy to hear a double "Cassidy," anytime.  But, adding to it, our dear friend Derek also just had a baby girl whom he called Cassidy--so now the song makes me think of him.  He wasn't able to come to the Furthur shows with us as is tradition because of his new little bundle of joy.  So, when the band started up "Cassidy," oh, how I wished he was with us.  I imagined him at home with his sweet baby.  I hope to be there to accompany Derek as he takes little Cassidy to her first Grateful Dead-type show someday. 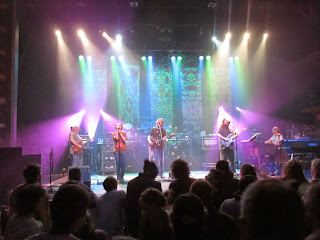 (Lyrics by John Perry Barlow)
By BLD in MT