Local is Better, Homemade is Best - The Salsa Version

At Matt's birthday party last month we had three kinds of salsa.  One (Field Day) is mass produced.  The second (Kenny's) is locally produced.  The third was Matt's homemade tomatillo salsa. 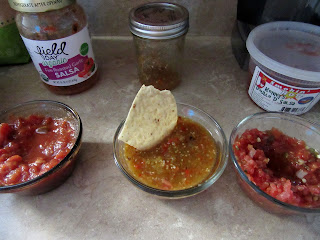 It was pretty swell how universal the reviews were.  Matt's was the best.  Hands down.  Everyone agreed.  Kenny's was the second best.  Field Day took up the rear.  I wasn't surprised, really, but it was gratifying to know it wasn't just me and my opinion on the matter.  The smaller the batches and the more local the ingredients the better the end product, almost always. 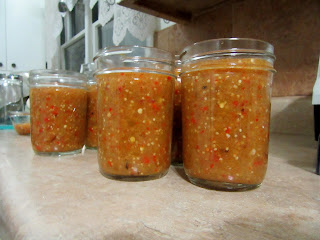 At the end of the night the only one that was all gone was Matt's--though to be fair his jar was only 8 oz whereas Field Day and Kenny's are both pints.  We really should preserve some of that salsa in larger containers, for sharing occasions. 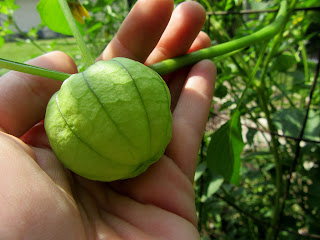 We only had two tomatillo plants this year, but they managed to put out more than 20 pounds of fruit.  Most of it we made into salsa, but Matt saved some to try an experimental tomatillo enchilada sauce that was bright and citrusy and rather amazing.
By BLD in MT