Arizona, By the Numbers

Six and half days in Arizona.
Three afternoon pool parties.
Six different mini-golf courses at four different venues.
58 positively identified bird species.
17 to 20 new bird species added to the life list*.
One bottle of Cassis lambic.
Six bomb vegan restaurants.
More petrified wood than I could have possibly imagined in one place.
A hundred hummingbirds, give or take**.
One new national park^. 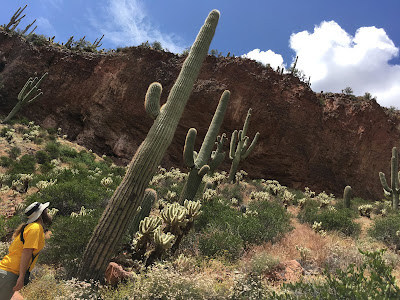 Two kokopellis.
Six days where it rained at least once.
More desert flowers in bloom than I ever dreamed of seeing in my life****.
One afternoon climbing around the brilliantly red rocks of Sedona.
13+ beer options we cannot get in Montana. 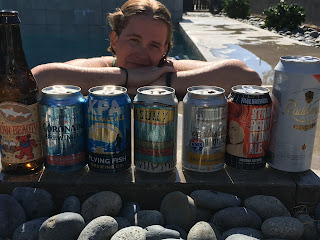 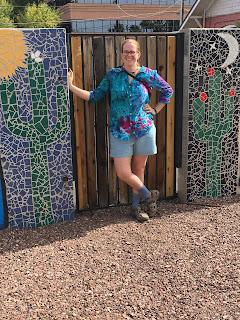 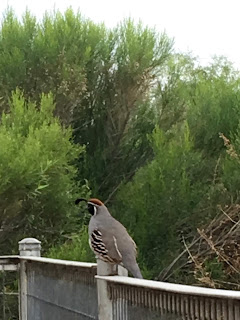 **And I am not exaggerating.  So many flowers.  So many "bumblebirds."  It was incredible. 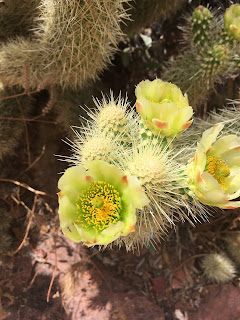 ***This is an estimate, of course, but a reasonable one.  We were actually evacuated from the cliff dwelling and the whole site was temporarily closed.  The buzzing was impressively loud. 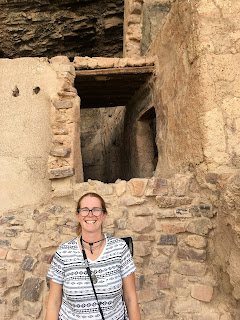 ****Including the saguaros, much to our delight! 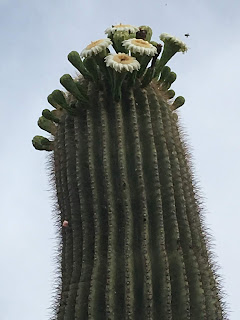 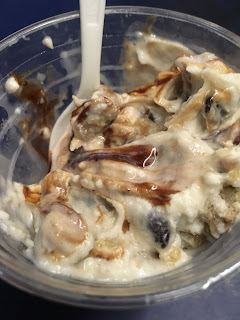 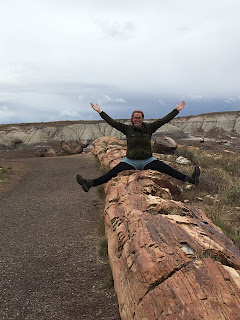 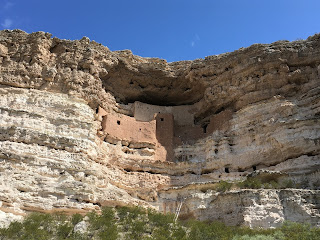 ^^^ We originally planned this trip around a Rolling Stones concert which was then postponed until August because Mick needed heart surgery.  Fortunately, the rescheduled date jives with our schedules and we can still go! 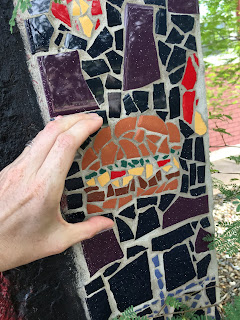 April is always National Poetry Month.  To honor that designation this year, on a whim, I entered a piece I'd written for NaPoWriMo 2017 in a contest through our public library.  I won second place in the adult category. 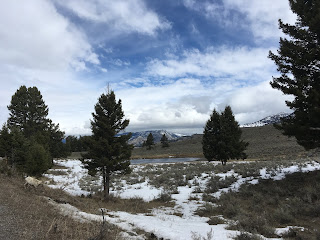 First place got to read their poem at a Poetry Night at the library, which would have been extra cool, but...I'm surprised and tickled to have come in second.  I love writing.  That probably goes without saying. 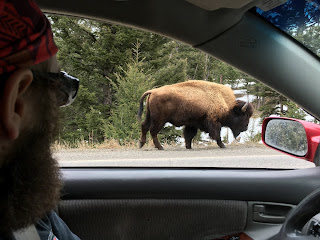 May once again snuck up on me somehow.  Since I am so obsessed with celebrating my own birthday  (and May is my birthday month) I can't believe this happened.  Again. 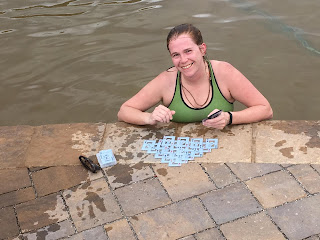 As such, I didn't get a Me Made May pledge in on time though I might still join in late.  If not, that would be two years in a row that I let time get away from me.  I added a note to the end of the planner to better prompt me for next year.  It is right alongside the note that reads "make Pysanky eggs with Sharon for Easter." 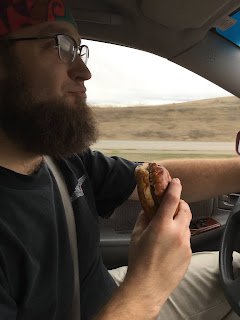 I've actually been wearing a lot of store-bought clothes lately, too, which is interesting to realize.  Comfy, stretchy knit things mostly.  This just hearkens back to my assessment in 2015 that I need to sew more of these type of garments, something I've failed yet to accomplish.  My dad bought me an overlocker/serger last year though so no time like the present, I guess. 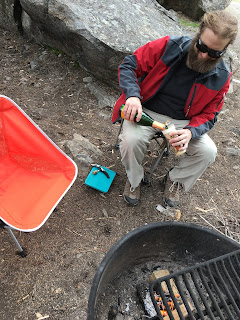 All our April showers certainly have helped bring out the May flowers--tulips, daffodils, grape hyacinths, bluebells, johhny-jump-ups all are showing their pretty faces.  There are six teeny-tiny charcoal grey bunnies that have made me start each day with a laugh this week.  As I pedal past on my way to work they all shoot for the cover of a culvert, clamoring over each other to get inside.  They're so little and lovely, barely bigger than a potato.
Speaking of vegetables and spring, we ate our first harvest of spinach today.  I think we're going to enjoy that season-extending greenhouse a great deal.
By BLD in MT 3 comments:

I spent the weekend in the country with some of my girlfriends.  I passed several hours one quiet, cold night laid out in my sleeping bag under a rich dome of stars.  I had a live recording of Johnny Cash and friends from a 1971 European tour playing softly on the grass beside me.  Owls hooted.  Shooting stars went traveling.  It was just me and the night and it was so lovely.

The recording contained a version of the song Darlin' Companion sung in duet between Johnny Cash and his wife, June Carter.  I'd never heard of this song before and man(!), did it just fill me up.  It got me thinking about Matt and our life together and my heart was just full to bursting with love.  I can't really begin understanding how I got so blessed to have found my darlin' companion.  Matt is such a well balanced partner for me.  We dovetail so nicely. 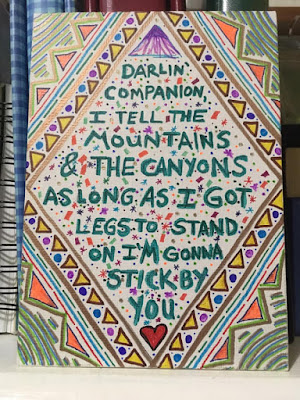 I wished he was there star-gazing with me.  I fell in love with him all over again.  Fairly apt since it was a bachelorette party, I suppose.  The next morning I was the first to rise.  Darlin' Companion immediately started playing in a loop through my mind.  The moment my eyes opened I had a vision of a piece of art I wanted to make for Matt and immediately set to it.

Matt had never heard the song before either.  I put it on the stereo--both Johnny's version and the Lovin' Spoonful's--and we danced around the livingroom.  He took my little artwork to work to accompany a photo of me on his desk.
Sigh.  So blessed.  I'd tell the mountains and the canyons.
By BLD in MT 2 comments: