Four Points of Concert Etiquette According To Beth 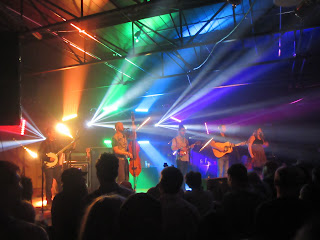 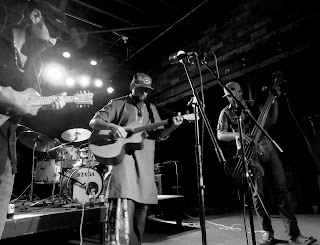 I go to a lot of concerts.  Live music is important to me.  It is a big part of my life.  I find it to be a positive influence on who I am. Live music makes me a brighter, kinder, deeper, more thoughtful person.  A really, really stellar concert can make me walk in the clouds for weeks, months.  An ordinary one sends me home with a heart full of contentment. 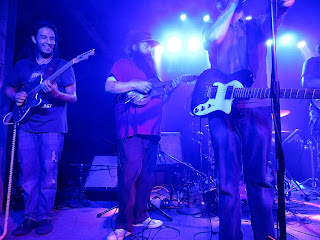 …and so perhaps I am just getting old and crotchety before my time, but I’ve noticed an increasing amount of annoying, inconsiderate, or downright rude behavior from my fellow concert-goers.  Things that rarely used to happen, namely non-stop chatter and streaming video, I find myself up against much more often in recent years. 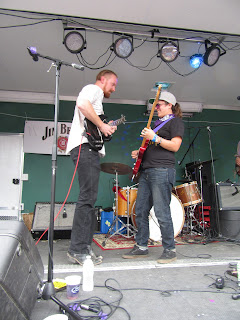 I don’t really like to dog on people though.  I prefer to write and speak upful, positive words instead of criticisms.  I've found it to be more useful to focus on the things I love about people instead of the things that drive me up a wall about them. But after dancing the night away in the midst of an especially chatty crowd I decided it was time to start formalizing those thoughts into words.  So I did.  And then I sat on this post for about a year trying to decide if these thoughts were even worth sharing.  If they added anything to the conversation--or if it was just me griping.  I'm still not sure. 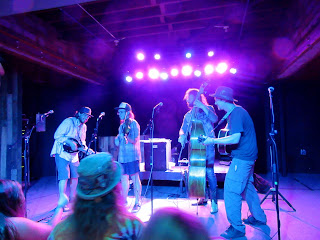 Either way, I’m not about to become the concert police.  I let people do their thing, even if I don't personally like it.  Shushing only leads to more shushing anyways.  I like to (idealistically) hope that people will recognize their self-absorption.  That they might realize the impact they have on other people's experiences, striving to make it a positive one. 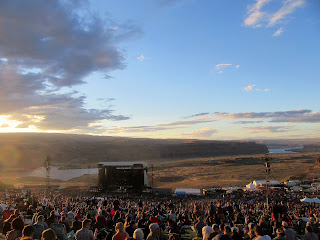 I just want everyone to grow. 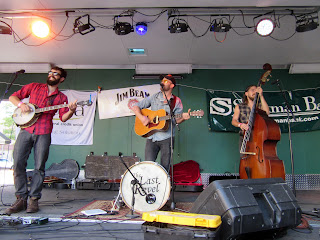 #1  Snap Happy Fools
Capturing a moment or two for posterity is one thing. Photos do help trigger memories years down the road.  Recording every single song the whole concert long and blinding everyone snapping photo after photo is not cool.  The people behind you don’t want to watch the concert through the frame of your digital screen--and it is hard not to.  Nor do they desire to shift around to find an unobstructed vantage point as you move about playing paparazzi.  And a flash is really, really, really bright in a dark, intimate concert venue.  Unreasonably so.

Make no mistake:  I take photos at every concert I attend, more or less.  I snap a couple of the whole band and a couple of my favorite member or if they bring out a special guest to play with them.  But 99% of the time my camera is in my pocket because I am watching the performers, getting my grove on, experiencing the music.

I attended a show on Sunday where one gal videotaped almost the entire thing--flash on, elbows in my face holding the camera up.  Between songs, as she momentarily lowered her camera, I turned to Matt and asked, "I wonder what she'll even do with all that video anyway?"   I can't imagine the audio or picture quality is all that good.  Plus, it seems to me that in trying to capture everything a person is impeded from fully engaging in it--from really cutting a rug and letting the lyrics transcend your soul.  But, maybe that is just me.  This is most certainly a behavior that has increased in recent years and I don't see any end in sight since "everyone" has a camera in their pocket and social media account begging for new content. 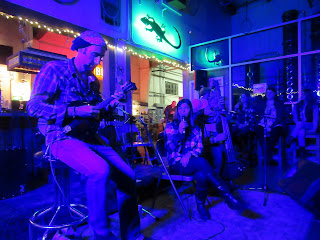 #2  Chatterboxes and Karaoke Stars
I came to hear the band.  I don’t understand why anyone’d fork over $10-50 to stand around and talk to their friends while drinking overpriced beers.  To each their own though.  But if you are going to talk while the band is playing take it to the back at least!  I've seen shows ruined by this.  Literally ruined.  Todd Snider got so fed up with the chatty crowd--especially the girls at the front--that he decided there would be no second set.  And I doubt he'll be back to our town any time soon.

Now, I’m not saying I want everyone to be silent or anything.  Sometimes Matt and I will share a “wow,” mid-jam or exchange a few sentences between songs about how good so-and-so was or how much we dug that particular tune.   But we’re not here to talk about the dinner party we went to last night or my new bicycle baskets.  We’re not here to tell funny stories about our cats or what is coming up in the garden or where we're going on vacation.  We are here for the show.  To watch and listen and engage with every sense.

The same goes for belting out every song at the top of your lungs.  Again, I paid to hear the band.  You might be a fine singer, but I don't want to have to strain to hear the band over your, um, background vocals.  Sing to yourself if you want, but think about your neighbors while you do.  (I grant a belting-it-out exception to any song the band encourages as a sing-a-long.) 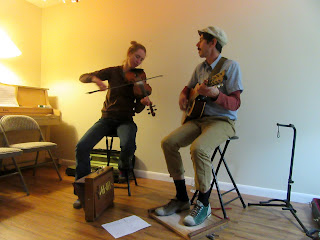 #3  Squeezing Seven More Sardines in the Can
Open dance floors and general admission tickets are my favorite.  I like the freedom of movement and the way the composition of the crowd evolves over the course of the show.  Being close to the front is awesome.  I love being able to see fingers dancing on the strings, smiles on the faces of the band when they're in the middle of an exciting jam.  But the laws of physics dictate that we can’t all be up there and throwing elbows and stomping toes to get there is plain rude.  There is a natural ebb and flow on the dance floor.  People come and go, the dancing winds up and mellows out again.  Crowd movement is natural, just go with the flow and you'll get a good spot.   Just because someone is cute or short doesn’t give them a pass to squeeze other people out.  Just because they're giant and burly doesn't either.  One person trying to find a little space for themselves along a packed stage rail is one thing.  Leading a small army of your closest pals there is not.  Besides, the music is just as good at the back, sometimes more so depending on the sound system and the venue. 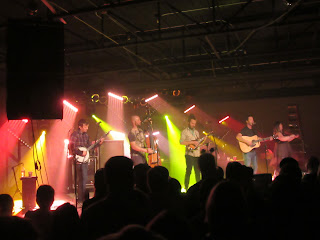 #4 Mind Your Manners
If you spill your drink all over, step on some toes, or bang into somebody a little eye contact, a smile, or a quick, “sorry,” or, "excuse me," goes a long way toward keeping the mob of dancing bodies harmonious.  I've seen the dance floor get aggressive and that is no fun for anyone.  It seems common sense, but it is amazing the difference it makes when a group of relative strangers remember to be nice to each other, follow that golden rule, and maybe even say please and thank you. 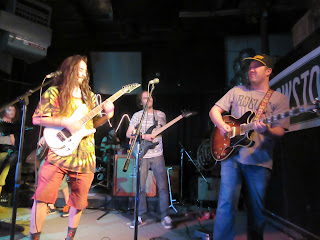 There is a common thread here, I realized as I was writing.  It all goes back to folks being overly self-involved, self-absorbed.  I don’t think people are actively trying to be annoying, inconsiderate, or rude to their community.  They just are doing so thoughtlessly.  They’re likely not thinking about anything aside from themselves and their personal enjoyment.  That is the bottom line.

I just wish people would think about how their actions impact other people. That is the refrain to all of my complaints.  We're all in this thing together and we need to remember the ripple affect we have on our surroundings. 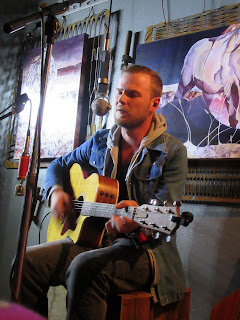 Of course, that applies outside of concert venues, too. 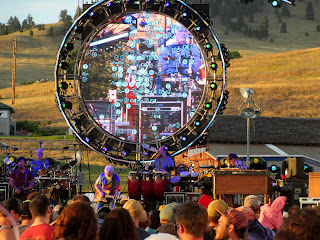