My grandfather died a week ago.  He was 85 years old and had lived quite a full life, though Alzheimer's disease rather diminished these last several years.  It was a relatively happy memorial service, as far as these things go, a true celebration of a life well lived. 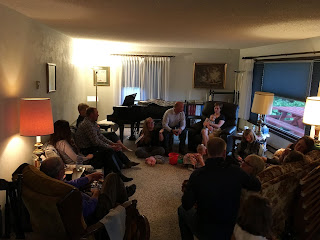 He climbed Mount Kilimanjaro at 73 and was, according to my uncle, "like a billygoat."  He fed the world through the wheat, peas, lentils, and other crops he grew.  He and my grandma raised seven children on a dryland farm ten miles from the Canadian border.  He was a grandfather and a great-grandfather.  It was quite the family gathering as his body was laid to rest near my cousin, Erik, on Saturday. 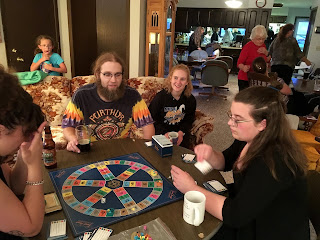 He was rather reserved during much of my life.  He wasn't a cuddly, playful Grandpa to me, really.  He was still too busy being a dad at that point since I'm one of the older cousins.  Never the less, I can remember watching him at work on the farm machinery (as a town kid I was fascinated), playing countless games of cards (oh, being his Whist partner always made me nervous!), and being called to lots of family meals around that long, shiny table ("wash up, sit up, hush up."). 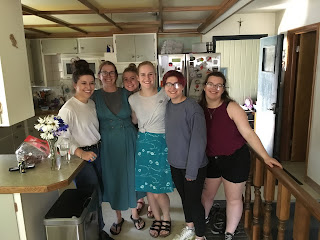 He always had my respect for the hard-working, determined, adventurous life he made for himself.  Even if he was a little stern and strict oftentimes.  ;)
Grandpa picked up running in his late 60s.  He visited all seven continents.  He liked riding camels.  He made it vividly clear to me that one is never too old to try something new, to set new goals, to develop new ambitions. 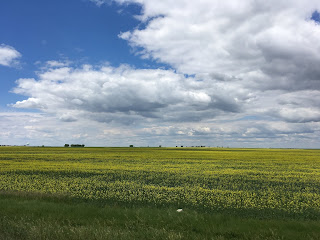 He encouraged others to push themselves, too.  He wanted his family to get advanced degrees, to invest, to get healthy, to be active. 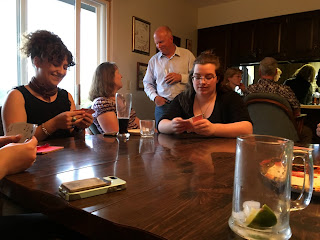 One of his immortalized catch phrases:  Get off your dead ass and move.  For just a single expression it sums Grandpa up pretty well--his drive, his directness, his active engagement with the world. 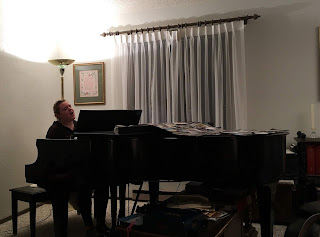 I wish I still had my GOYDA t-shirt to wear while I get my sweat on.  Alas, I know not what became of it.  Still.  The inspiration remains the same.