We finally got to see the Rolling Stones.  Finally.  And oh!  Oh!  It was so fantastic.  A superbly special, once-in-a-lifetime experience for me. 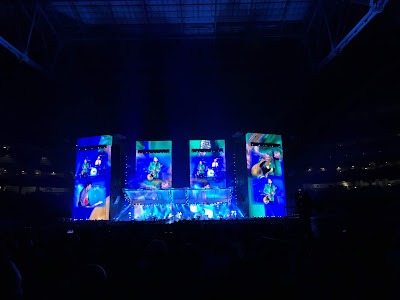 This concert was so long in the making that the final conclusion was especially sweet, wrapping up almost a year of building suspense and eager waiting*.  But, good things really do come to those who wait.  Patience is a virtue.  Etc.  Etc.  Etc. 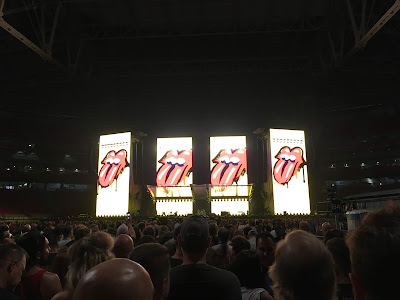 Oh.My.Goodness.Gracious.  Holy Smokes.  Unbelievable.  Outta this world.  Better than I'd hoped.  The most "rock starry" rock stars I've ever see--and I've seen Elton John.  You'd never know Mick recently underwent heart surgery.  Or that he's 76.  The strut on that guy, oh baby!  He was especially fun to watch on stage, though they all were. 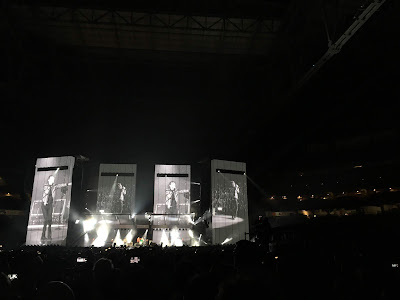 The Rolling Stones played a single long set with a mellow acoustic section in the middle instead of a set break.  They had a soulful female back-up singer who had a fancy fringed coat that was amazing--though she couldn't rival the five sequin jackets that Mick changed up throughout the evening.  Karl Denson played the horns which was a special treat.  Matt has wanted to hear him live for a while so it was like a little cherry on top. 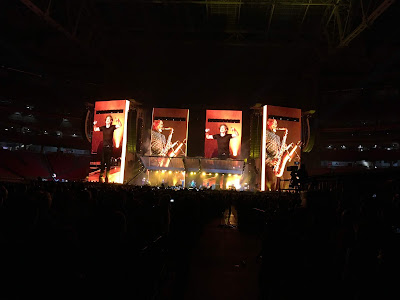 Neither of us had been to a stadium concert before, nor any sort of show that large--54,000+ people.  That was really something to behold.  We were walking toward the stadium in a sea of humanity, a river of smiling humans in tongue t-shirts.  At one point the crowd lit up the stadium with their cellphones (modern day lighter waving) and, despite my love-hate relationship to phones at shows, it was fairly stunning.  Tier upon tier.  So.Many.Ecstatic.People.  It is a rare thing, in my experience, for so many people to be on the same page about something. 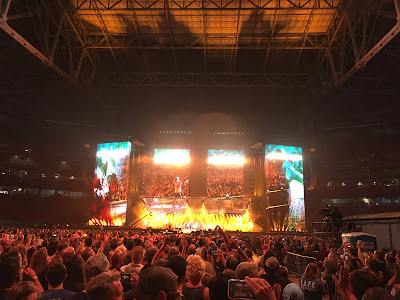 We love the sense of family that exists in the Grateful Dead community and were not surprised to find it among the Stone fans, too.  The crowd was really cool.  High energy, but never out of hand, at least in our little neighborhood of it.  We bought standing room only floor tickets. 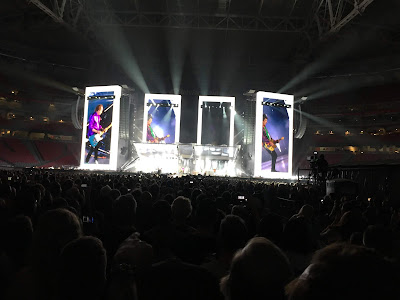 I would say the average age was easily 60 years old, but there were younger folks like myself scattered throughout.  I started chatting up a silver-haired fellow in front of us because he was wearing a Rolling Stones North American Tour 1981 shirt that still looked new.  It was a "special occasion" shirt.  He said that he was about to see them for the 5th time, his first show being in 1968 as a senior in high school in California.  He said they were "pretty raw" back then.  He'd also seen Stevie Wonder open for the Stones.  (How wild is that!?!)  He said in 1968 the tickets were $1 in advance and $2 the day of the show.  The standing room floor tickets in 2019 were $150 each, after all the fees.  (How wild is that?!?)  Worth.Every.Penny. 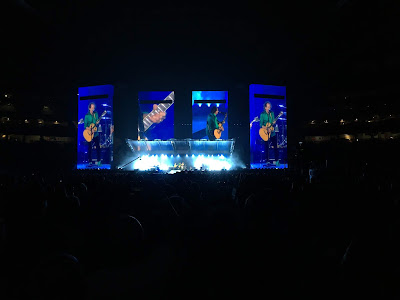 The stage included an impressive amount of lights and an even more impressive array of 60 foot tall video screens.  They mostly featured close-ups of the band as they rocked out, but there were also segments with computer graphics--a swell Day of the Dead/Playing Card/Roses themed sequence which accompanied Honkytonk Woman, for example.  While they performed the song Paint It Black they used black and white video which was a pretty dramatic effect after all the bright, vivid color and lights.  The screens were so large I kept calling it Attack of the 60 Foot Rock Stars.  The video was a nice addition to the experience since its not like 54,000 people can all have close seats. 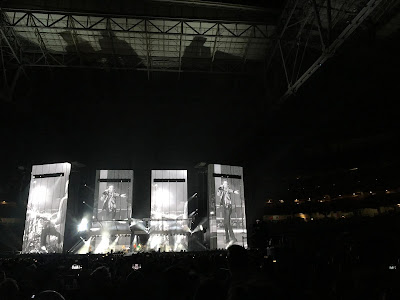 Loving the desert as we do, we opted for the Phoenix leg of their North American tour atState Farm Stadium.  It was hot.  Like...hot, hot.  114 degrees F the day of the show.  At the end of it, when we were sitting around slamming Gatorade and water at 1am, waiting for Uber/Lyft prices to go down, I do believe we were both a little heat-exhausted.  That was the main drawback to having the show rescheduled.  It was heavenly in May.  Still, I basked in the August heat quite readily, though.  Matt actually said it was "sick" that I wasn't "oppressed" by the heat every time I went outside.  We had a pool and a nearby vegan ice cream shop though so even Matt managed. 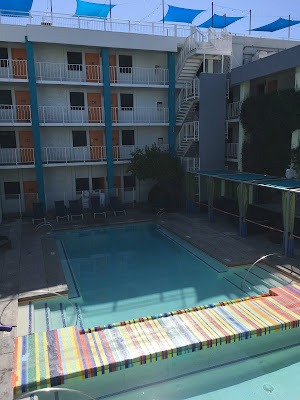 They rolled the roof back on the stadium right before the show which was pretty cool and did help with the temperature as all those bodies filed in and started to dance.  As it was, I still danced myself sopping wet.  I couldn't help myself.  I was so pumped and they kept playing hit after hit, covering basically every tune I'd really, really hoped to hear.  The guy next to me told Matt that my excitement was "a good thing!  It helps everyone!" 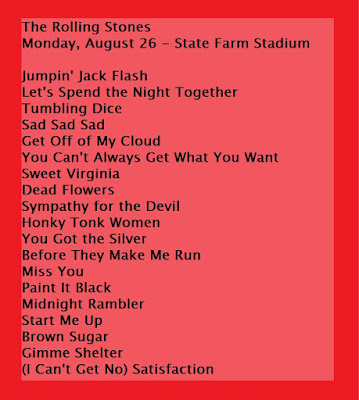 Just that one show and I can totally see why these dudes have been touring for 57 years. 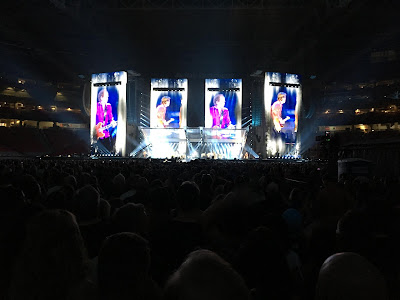 *We bought the tickets in November for a show scheduled May 7th.   ...but then Mick Jagger needed heart surgery in April so the show was postponed.  It was rescheduled for August 26th.
By BLD in MT