Comet and Cupid, Thunder and Lightning

I've read half a dozen or more different version of The Night Before Christmas this month.  It was my interest in language (and the holiday cheer) that prompted the repeats. 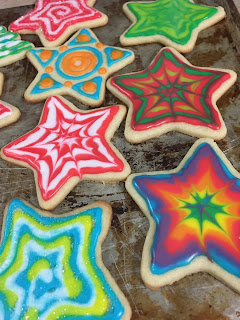 I noticed two things that piqued my curiosity.

One, was the names of Santa's reindeer.  The other was the expression "Happy Christmas." 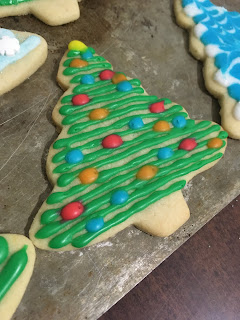 When I was growing up, I learned the reindeer's names as Dasher, Dancer, Prancer, Vixen, Comet, Cupid, Donner, and Blitzen*.

Donner and Blitzen didn't really seem to fit with the others--which are all recognizable words--but as a kid I didn't think on it too much.  I just accepted it as a quirk of Christmas like the fact that Santa could still get into our house to deliver presents even though we didn't have a chimney.  If I was going to ponder anything it would have been on logistics like that. 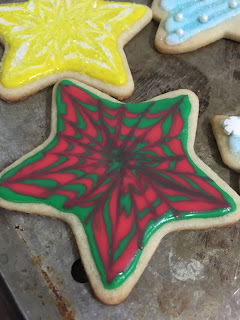 On my first read of The Night Before Christmas (also called A Visit from St. Nicholas) this year I learned that those were anglicized names.  Those two reindeer were originally called Dunder and Blixem, from the Dutch words for Thunder and Lightning.  (They're also related to those same words in German and Swedish, too.)

I thought that was marvelous.  Simply marvelous.  And I have been telling everybody about it! 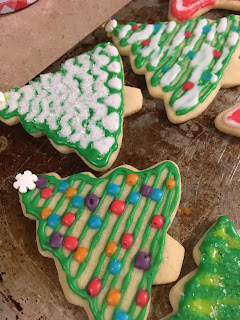 Clement C. Moore is generally considered the author of The Night Before Christmas.  There is a little uncertainty/controversy on that point though because it was anonymously published in 1823 and Moore didn't take credit until several years later.  When he came forward he said he had written it for his children, but didn't want it attributed to him initially because he was a professor and scholar.  He thought it would hurt his reputation to publish such ordinary, non-scholarly works of a popular nature.  True or not, that is a lovely story in and of itself.  It certainly turned out to have a long lasting impact in America. 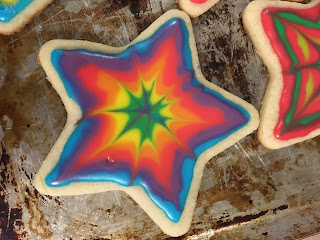 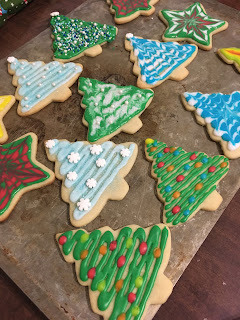 I learned that "Happy Christmas," is still common enough in England.  There the use of "Merry Christmas" has historically been associated with the lower class and their more rowdy revelry.  The Queen, for example, still sticks with "Happy Christmas."  So, there seem to be some class issues at play there. 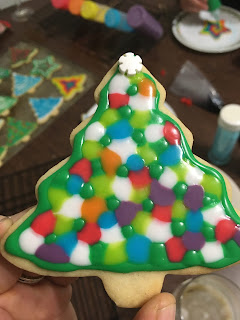 I also read that "merry" is more often used for external actions whereas "happy" is more often an internal state.  As such, many think that "merry" is a better option because of all the jubilant "merrymaking" activities of Christmas--caroling, sledding, parties, church, decorations, feasts, etc.  Again, England came up in my reading specifically.  For many English folks, I gather, the word "merry" is linked with mild intoxication, but is also fairly interchangeable with the word "happy."  This isn't so, in my experience of American English.  Merry is basically a Christmas word.  Or in the phrase "Eat, drink, and be merry."  My conclusion is that either way is appropriate, it just depends on what you like, I guess.  I can't see myself wishing anyone a "Happy Christmas," but I do think is has a certain charm. 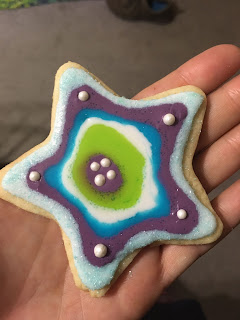 The original The Night Before Christmas is totally "Happy Christmas."  It was modernized and updated to "Merry Christmas," in some adaptations.  I probably grew up reading one of those. 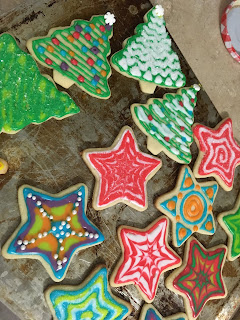 I think it would be really cool to have this poem memorized.  Heck, having read it so many time recently I might be halfway there!
*and Rudolph, but he isn't part of the original The Night Before Christmas reindeer gang so I'll leave him as footnote.
By BLD in MT