You ever have one of those days where you're driving along and you round a bend in the road to find yourself completely trapped in a traffic jam...of bison?  Okay, if you haven't been to Yellowstone National Park you probably haven't.  We encountered such a traffic jam last weekend.  It was pretty fabulous.  We just stopped (because, I mean really, what else could you do; they weigh up to 2,000 pounds) in the road and waited until they all streamed past us revealing the wide open road again.  It was pretty surreal.  You could stick your hand out the window and touch one if you were stupid enough to try it, which is highly NOT recommended.  There were babies, cows, and gigantic, prehistoric-looking males.  A bison family traffic jam.  And there were more than a hundred of them...maybe even two hundred, but I lost track and am not always good at estimating these things.   I was just glad they were going the opposite direction that we were.  There was an actual traffic jam of cars and buses trailing down the road, at a probably painful crawl, behind the herd of bison.  But, its not like you could hurry them! 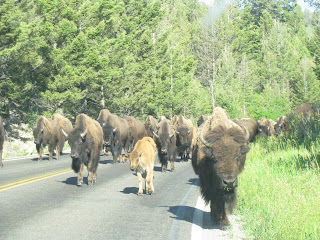 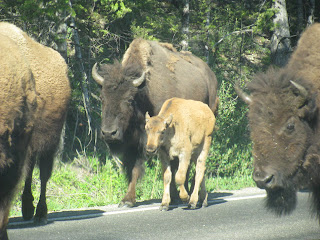 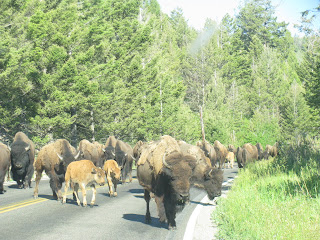 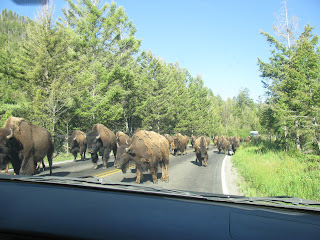 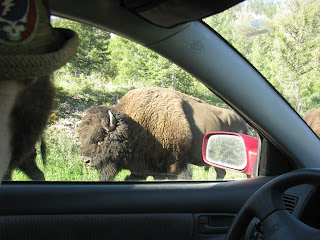 What a world!
By BLD in MT