The DIY Treat Dispensing Toy Made from a Toilet Paper Roll

Ginger likes her treats.  I am a sucker for Ginger.  By direct correlation, she gets a few treats almost every single day. 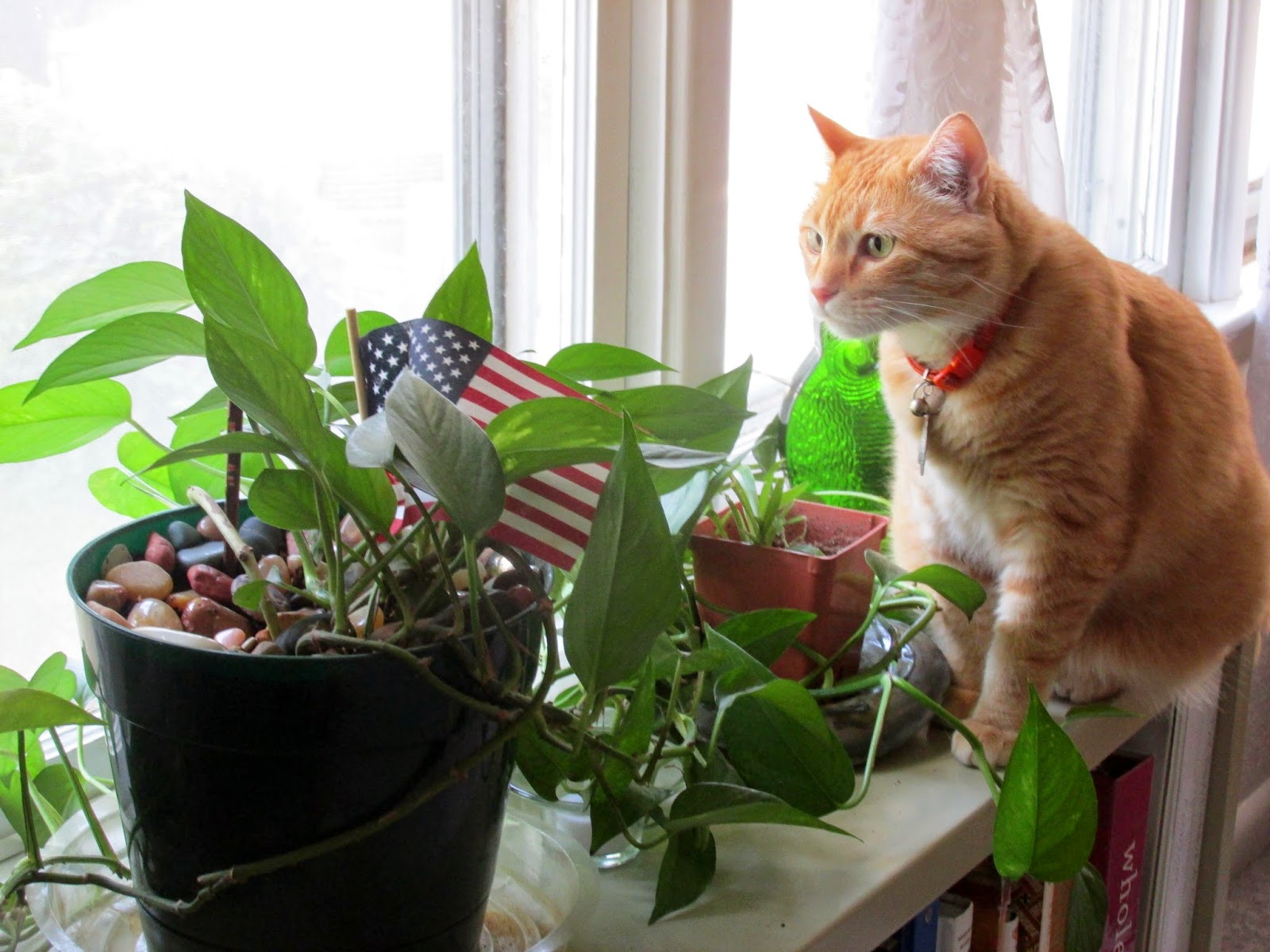 I've always made her "work for it" a little bit with her treats though.  Its something that I learned when I was an intern at the zoo.  If you give an animal a pile of food they will sit/stand there and just eat it and then, usually, go take a nap.  If you spread it around--say leaving a trail of tasty vegetable across a downed tree in the porcupine exhibit or tying mice by their tails up in tree branches for the wolverine--the animal got food, exercise, and a little game in locating it all.  It keeps the animals more mentally and physically healthy in captivity.  So, I always did that with Ginger--lining them up at different intersections in the linoleum throughout the kitchen, say, so she snaked across the room sniffing them out.  I could have just gave her a little pile, but what fun would that be?! 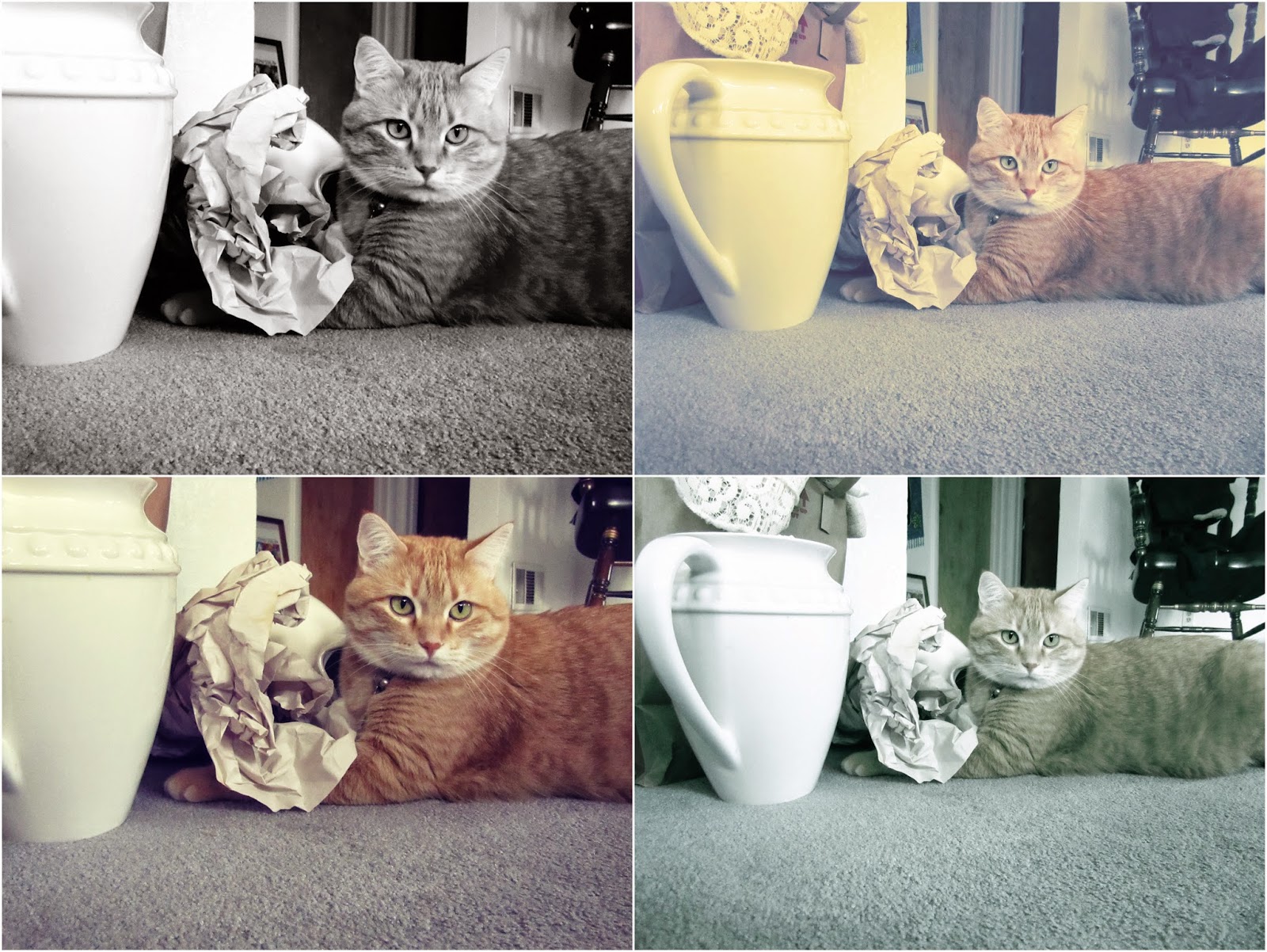 Enter the treat dispensing ball!  This thing is so simple it is absurd.  I took an empty, cardboard toilet paper tube.  I cut it into rings.  I took three rings and fitted them one inside the other.  This forms a little ball, but with little holes in it where the rings do not overlap.  I put Ginger's treat allotment inside and set it, carefully, on the floor.  She has to bat the ball around until all the treats fall out through the little holes at which point she gobbles them up.
Its pretty interesting how much faster she has gotten at it in the months since we've been using it.  I can see her getting smarter, figuring out the trick to getting to those yummy treats as quickly as possible.  She used to just nose at it, but that was quite ineffective.  Now she can occasionally liberate a few treats at a time with a resounding whack with her paw. 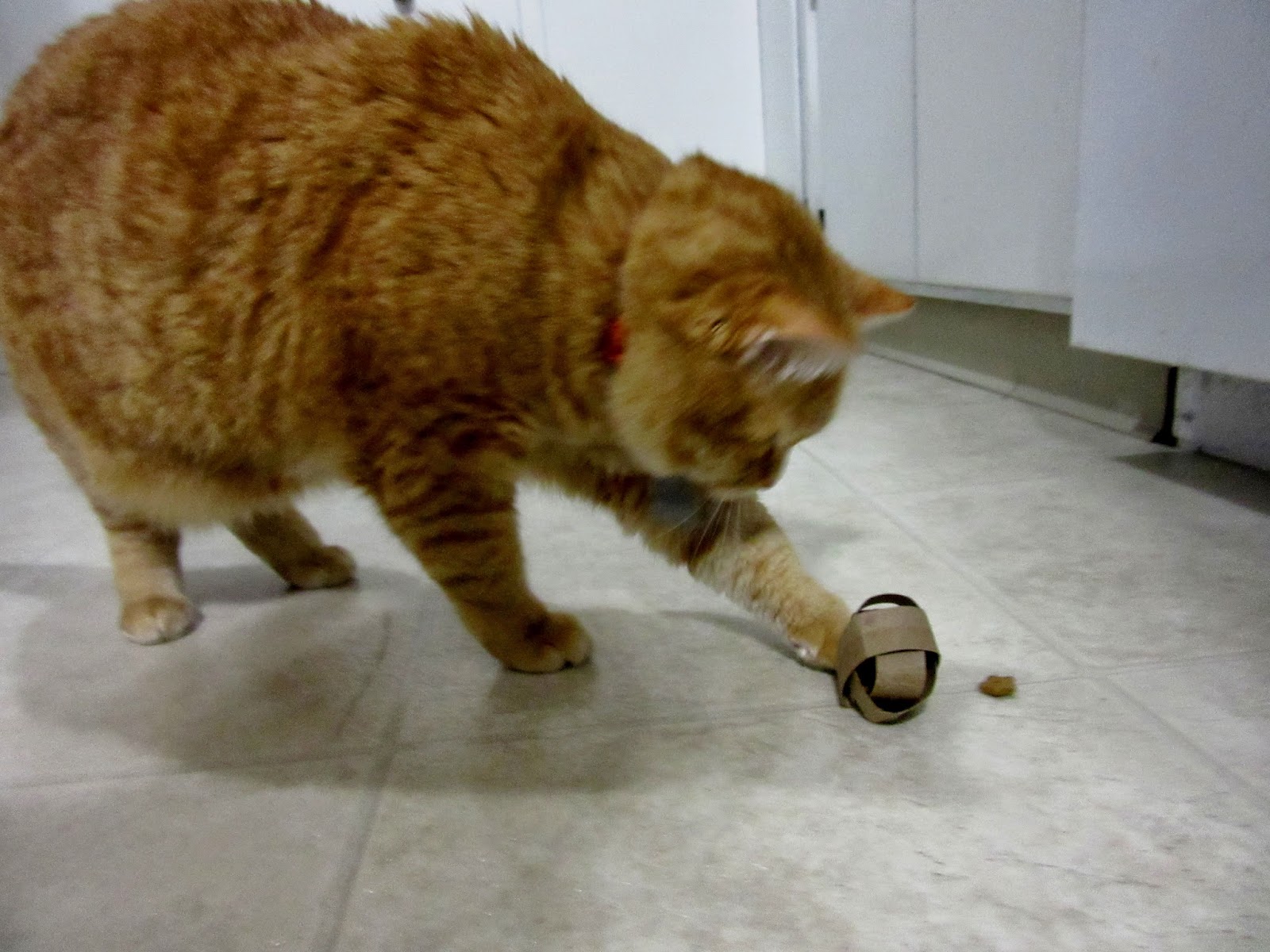 The treat ball stands up to dozens and dozens of daily treat allotments.  When its useful life as a treat dispensing ball is over it can be recycled or composted. 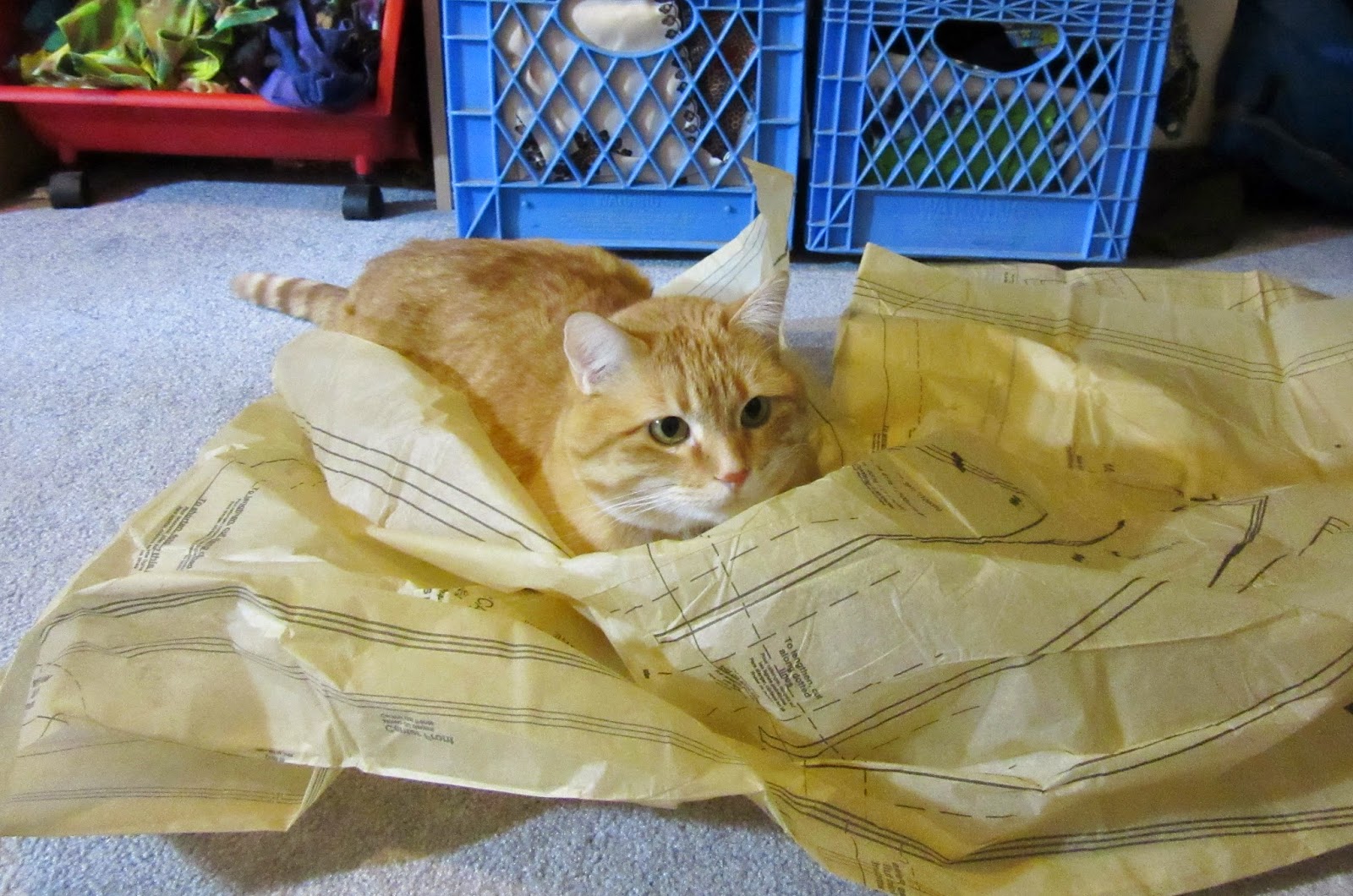 Its fun to watch her working it all out.  She seems to like it.  But, of course, she like treats so...
By BLD in MT