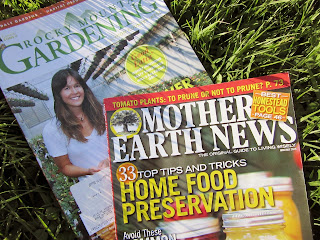 It is a two fold happiness.  I am happy for my name to be in print, but I am also happy to be able to share my love of the gardening, cooking, and the other small joys of the simple life with others in this way. 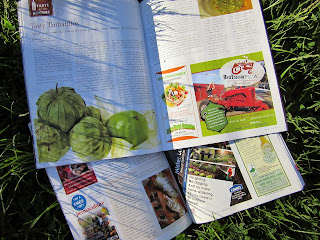 At Matt's insistence I submitted a tip to the Country Lore section of Mother Earth News about my canning jar ring toss storage system.  My friend, Kris, wrote an article about tomatillos for Rocky Mountain Gardening for which she interviewed Matt and used some of my photos to round out the article. 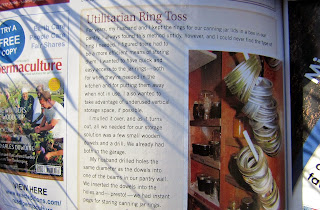 We thought it was pretty cool, even more so since we received both magazines on the same day.  In fact, I am going to look into writing articles and submitting more photos for these and similar publications.  I mean, I am already taking photos and writing about it here...why not try to expand into different mediums, too. 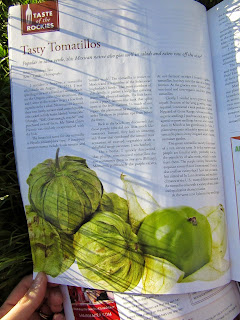 Speaking of writing in different formats, a book I contributed two chapters for has also recently been released into print as well.  Its a textbook about the relationship between animals (including humans) and the earth.    Its crazy to think some college student may read my words as part of a class assignment.  Crazy, and cool.  The book has been in the works since 2007!  I am so glad to finally see it finished, for a variety of reasons. 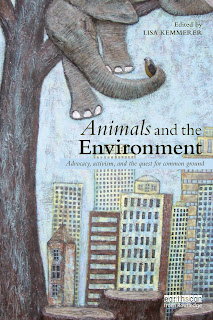