November was certainly a better reading month for me than October was.  I am quite happy about that.  There are a gazillion good books to read out there...its sort of painful to think about spending time reading so many lackluster ones!

My favorite book of the month will be hard to pick.  Either Dead Mountain or The Mind's Eye--both nonfiction and both tremendously interesting. 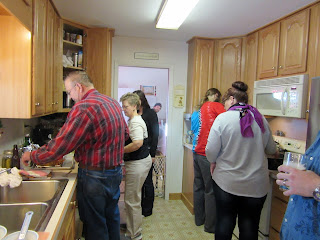 Dead Mountain is about a group of young, Russian hikers who disappeared under perplexing circumstances  during a winter excursion in 1959.  The author meets the surviving member of the group, their families, the curator of the museum dedicated to the incident, and retraces the group's route in an effort to figure out what happened to them.  (I might add he is a Florida boy who retraces their steps in the middle of a frozen winter.  He get's bonus point for that.)  The author comes up with a pretty fascinating--and probable--solution as to what really happened out there on the snowy, windy slopes.  I was drawn to the book for the same reasons the author was drawn to write it.  There was so many mysterious elements to the hikers' deaths--a missing tongue, a tent slashed from the inside and abandoned, inadequate clothing, raised radiation levels--and the hikers were so bright and young and ambitious.  I wanted to find out what had happened to them.  It was very interesting.  I was also drawn to the hikers because two of the nine who perished were women.  There are a million stories of adventures undertaken by groups of men.  I was taken with these two ladies who slogged through the bitter cold and snow, pulling the same weight as their male counterparts.  I liked that.  I've been recommending it to everyone with the slightest interest in the outdoors or history. 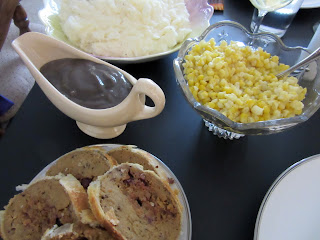 The Mind's Eye was utterly fascinating.  I had never before thought much about all the ways the brain is actually responsible for vision.  The eyes take the forefront in the realm of sight, but, no....the brain is actually what is running the show.  I learned there are people incapable of recognizing faces--even for people they should totally know, like family members.  There are people, often through strokes, who lose the ability to read--but retain the ability to write.  I would have thought that they were a packaged deal, but no, not always!  There is a professional musician who loses that ability to read music!   There are blind people who always visualize objects and blind people who lose the ability to visualize objects as they adjust to their lack of sight.  I learned that my ability to see in stereo (i.e. three dimensions) is so amazing and innate that I cannot even fully appreciate it.  Learning that there are people who see everything as flat was incredible.  I find myself looking at things differently.  I passed a bush on my bicycle and noticed that in the beam of my headlamp the texture caused by the branches poking up like a green fractal was incredible.  Without stereo vision that bush would just look like a flat green shape, like a bad photo of a bush--no branches spiraling up to contrast against the light.  What a miracle to be able to see such things without even trying!  I quite like Oliver Sacks.  His books are always very engrossing. 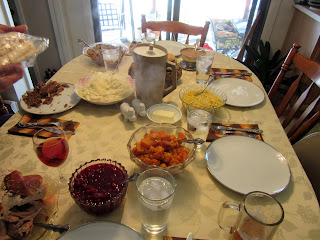 The Boy on the Wooden Box was a new and interesting perspective on the Holocaust experience.  It was the memoir of a boy who was given a job and protected by Oscar Schindler, the well-known Nazi factory owner.  I can remember watching Schindler's List a few times in my teens and twenties.  It was such a moving film.  As such I found this deeper fleshing-out of his wartime actions very fascinating.  The author was quick to note that Schindler wasn't a prefect human and that there are some who speak ill of him for being a Nazi and profiting from the war through his factories.  Leon Leyson though doesn't seem to care much about any such controversy since its because of Schindler that so many of Leyson's family lived through the horrors.  I once again had to ponder what I would do under such circumstances....would I be a Schindler-type?  Or would I be a look-the-other-way type?  Would I have been a Nazi?  I like to think I know the answer to these things, but I don't think one can really tell for certainly until faced with such life and death decisions. 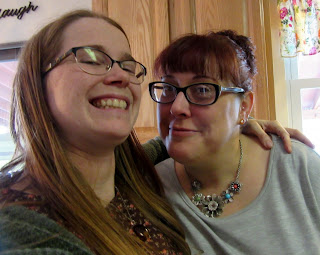 I am two books into the Pure trilogy by Julianna Baggott, having just started the third today, actually.  They fall into the category of young adult, dystopian, post-apocalyptic fiction.  I have a great liking for dystopian novels.  I am sure I've talked about it before.  They seem like red flags waving, warning us of where we could end up if we follow certain roads of religious, scientific, or technological fundamentalism, say.  Since its a genre I am such a fan of I am also probably more critical of it than general.  As such, I'll say that this series isn't great, but its not bad either.  Its just fine, albeit not stellar.  It has a few really interesting premises, like whole libraries of books, documents, music, photos, etc. stored in robotic external hard drives for safe-keeping, and I enjoy the class-warfare allegory running throughout.  I hope the love stories winding their way through the books don't end up too sickly sweet at the end, as can happen with YA love stories, but....so far, so good. 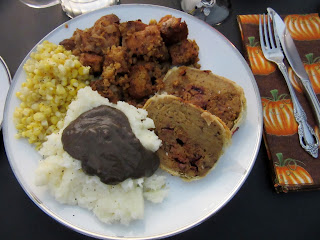 Nightmare at 20,000 Feet isn't my normal sort of read.  I started reading it as part of my let's-read-scary-stories-for-Halloween idea.  I finished it just a couple days past Halloween itself--and they were scary, freaky, bizarre stories.  I can see why this Richard Matheson is considered one of the masters of horror--though this was my first exposure to his work.  The Distributor, Witch War, and Crickets stand out in my mind.  One really cool side note for me was that the book connected the dots to a Halloween episode of The Simpsons, Nightmare at 5 1/2 Feet. which I've seen probably a dozen times.  In this episode Bart sees a gremlin destroying the school bus and no one believes him.  I always knew it was a parody of something--as is the case so often with The Simpsons--but I had no idea what it was.  Turns out, its the short story Nightmare at 20,000 Feet (which was also turned into a Twilight Zone episode that it seems is much more well known than the book.  Another side note within a side note:  I actually signed up for a Wikipedia account to correct the page that said Nightmare at 5 1/2 Feet was a parody of that Twilight Zone episode.  Its not.  Its really a parody of the Matheson short story.)  I wouldn't read it again because horror just really isn't my thing, but I would suggest it to someone who actually does like to get creeped out for fun on a regular basis. 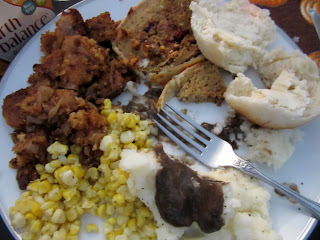 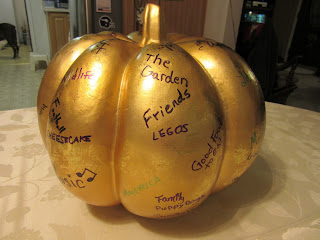 Weeks passed: 47 (plus a couple days)
Books read: 71
Recaps from previous months can be found by following these links:  January, February, March, April, May, June, July, August, September, October.
By BLD in MT