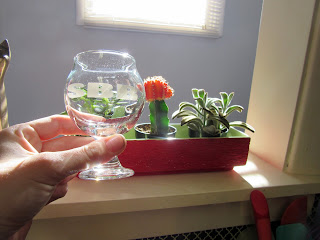 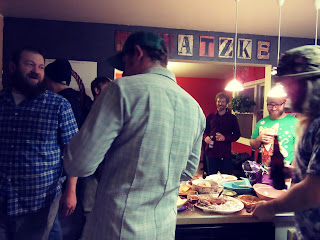 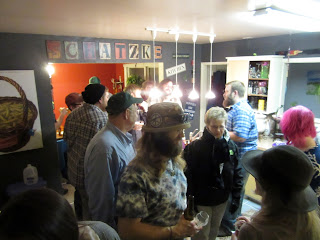 Matt, his brother, Ryan, and my cousin, Patrick, all homebrew beer.  Last year Matt and I hosted a fairly small gathering to sample some of Matt's first creations.  At this time he was the only one of the three that was brewing.  Oh, the difference a year can make. 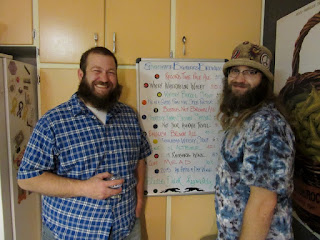 The Second Annual Beer Fest was even better than the first.  More varieties of beer to try, more games to play, more food to eat--plus Ryan knows how to host a beer fest, let me tell ya! 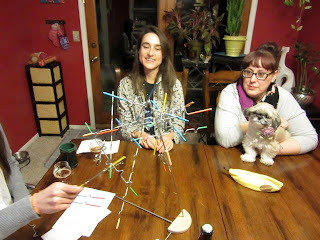 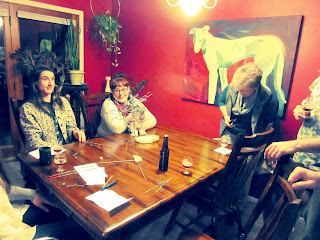 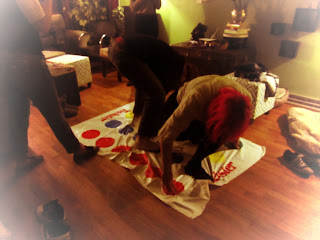 He bought 5 oz sampling goblets and had custom-made vinyl decals added to them.  He made a sign listing each beer (which was delightfully color coordinated) and made a score card so people could vote for their favorite beer.  There were even prizes.  Ryan really upped the ante on this one.  And it seemed like everyone had a darn good time. 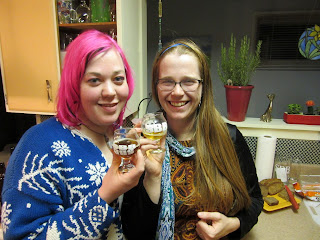 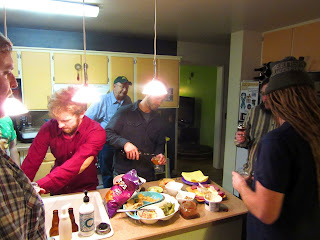 Oddly enough, Matt's rhubarb wine won the Best of Beer Fest award, but the votes were pretty evenly spread around.  They were all good. 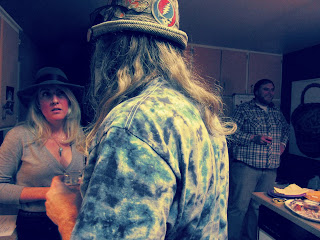 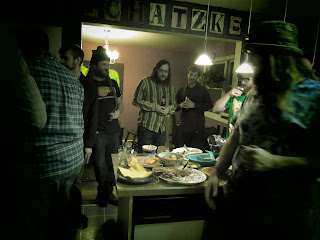 I think the consensus among the brewers was that the event was so fun and so well received that we must make it more than just an annual tradition--at least twice a year...maybe quarterly.  Works for me!  These boys are only going to get better and better with practice. 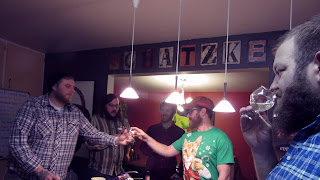