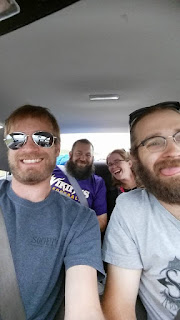 My life has been in a bit of chaos these last few weeks.  On May 24th Matt's brother, Ryan, went into cardiac arrest while at home in bed and spent the next two weeks in ICU before being transferred to a patient room and then a rehab center.  Three weeks ago I was terrified he was going to die.  Two weeks ago I was worried his personality, humor, kindness, sarcasm would be lost due to brain damage.  Yesterday he went home.  HOME!  It seems nothing short of miraculous to me.   Don't get me wrong.  He's still got a long hill to climb before he is back to his old self again.  He is frustrated by the gaps in his memory.  Still.  He cracks his same ol' jokes, teases us, can talk at length about beer, loves and remembers his family, friends, and his dog, plays Zilch, listens to the same music he's always liked, and so many other things that seemed light-years from possible just weeks ago....  It has been a remarkable and humbling ride to say the least. 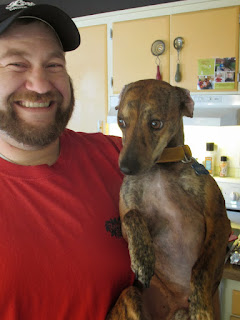 On the evening of June 4th, as Ryan was blowing us away with his dramatic turn for the better, my paternal grandma fell and broke her hip in pretty much the worst way possible.  She was airlifted to the hospital here the next day.  So, Matt and I bounced back and forth between the two hospitals visiting Ryan and Grandma Fran.  Originally the doctors hoped to do surgery on Grandma's hip--pins, screws, etc.  However, further testing showed her vascular system to be essentially shot and the medical team realized she wouldn't survive the surgery--or if she did she'd be in even worse condition than when she went in.  Hospice was called.  Family started driving and flying in.  Grandma waited until everyone who was able to come had arrived.  She waited until the pastor gave her her last holy communion.  Then, just moments after this rite, she slipped away into her final peace.  It was rather beautiful, really, the timing of it all.  She was such a strong woman and she'd been fighting for a long time.  Such strength wrapped up in that tiny, little body.  I'll miss her--the funny stories about my dad as a boy, her beautifully penned letters, her spunk--but I am also thankful she's no longer in pain.  She flat out told us she was ready to go, ready to see her parents again.  That makes it easier, albeit far from easy. 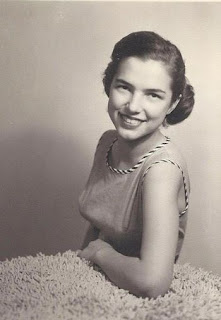 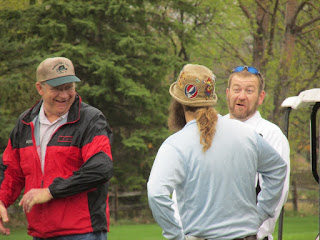 I've certainly learned a lot since May 24th.  About my family of birth and my family of choice, about medical treatments and hospitals, about the depths of love, about the glorious fragility--the highs and lows--of life and death!  I learned so much.  Much of which I never really expected or wanted to know, but none the less... Throughout the whole thing, even at the bottom, I tried to find the silver linings.  Sometimes it was beyond challenging--just glimmers and hints--but they're always there.  Sometimes it seems like they're there to spite you.  I learned so much about myself.  That was surprising and I'm still trying to process it all.  New lessons make themselves clear daily yet. 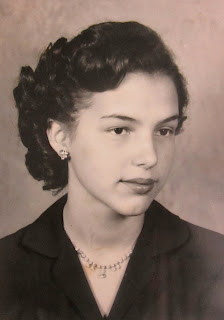 And I failed rather miserably in Me-Made-May this year.  Turns out I don't own enough me-made dresses to last a whole month without repeats.  (It wouldn't have really mattered though.  After the 23rd I couldn't be bothered with clothing and just threw something on--Me-Made or otherwise.  I did sew a little something for the first three weeks.  That was a brilliant addition to the challenge.  Overall though it wasn't my best MMM year.  Oh, well.  There is always next year.)

And the garden hasn't even hardly been planted.   (And we're fine with that.  We'll just hit Farmer's Market more this year.  We DID manage to find time to harvest our swell crop of strawberries though--before the birds did!  We actually planted the potatoes in the dark because we just couldn't find enough hours in the day to get it done during the daylight hours. )

And the yard is a jungle and the house messy with laundry, dishes, and rugs very much in need of a vacuuming.  (And we're fine with that, too.  All of the sudden a tidy house really isn't that big a deal...so long as we've got clean underpants its all good.)

And the cats are beside themselves with missing us, feeling quite abandoned, I am sure.  (And we've missed them, too!  A purring kitty is salve for the soul at the end of a trying day.)

And I experienced physical and emotional exhaustion like I'd never known in my life.  (And impressed myself with how well I could take it and keep going!  One never knows what they can do until they have to, I guess.)

And I've felt love and support like I'd never known either.  (Where would I be without my friends, family, and colleagues?!?!  I hate to even think of it.) 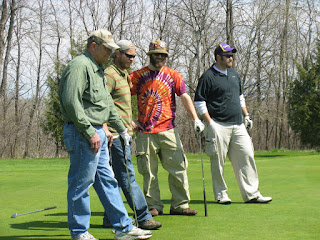 Today we lay my grandmother's earthly remains to rest in the very town where she was born.  Today Ryan is back home with his family.  The highs and lows of emotion still continue, now seemingly in some strange sort of universal balance.  Its all good though.   Love always comes with a cost.  And is always worth the price. 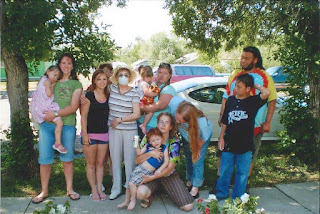