Family Photos and the Personalization of Home 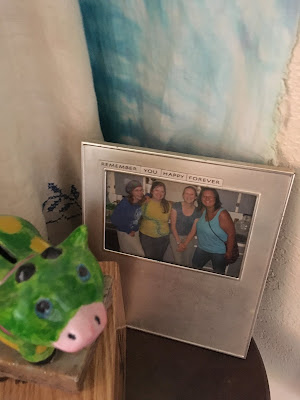 I read a pretty dang fascinating work of non-fiction earlier this year and it keeps resurfacing in my thoughts.  It is one of those books that has made me look at my world in a whole new manner, through a different lens.  I love books like that. 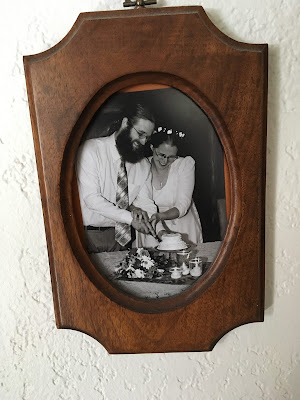 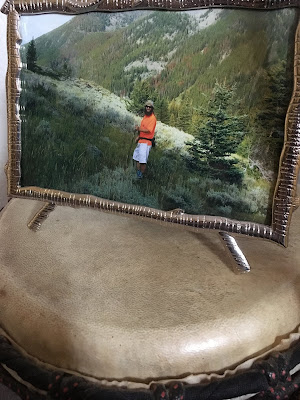 As a result of my reading I was prompted to pad around the main floor of our house, with Matt in tow, counting how many photos of friends and family we had on display. 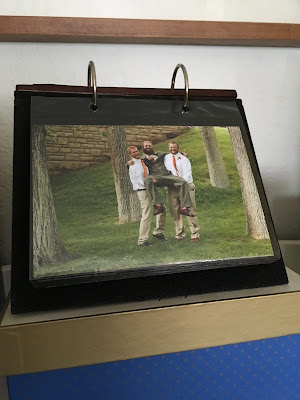 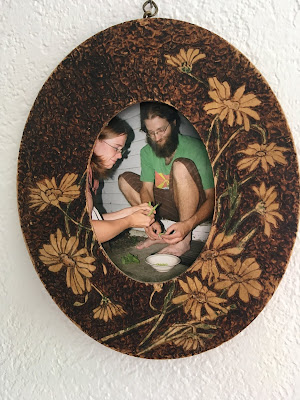 The book reported that in the homes they surveyed the minimum number was ten (astonishing!) and the maximum was more than 200 (even more astonishing!).  The average per household was 85 photographs, ranging from formal and often well-framed wedding or school photos to informal, everyday moments that might not even be framed at all and just tacked on the fridge with a magnet.  Being a bit of a photo nut (and a curious person with a penchant for personal stats) I was immediately intrigued by these figures and wanted to see how our house compared. 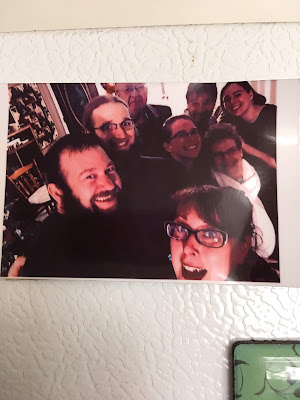 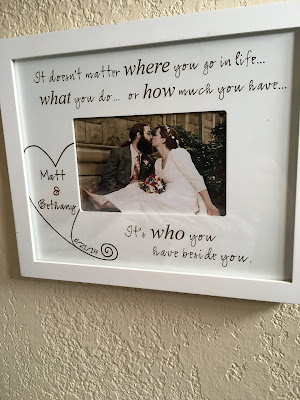 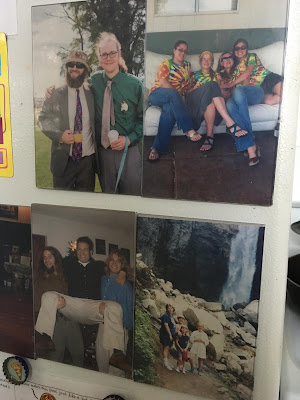 We’re below average at 33 photos on display.  This both surprises me and doesn’t surprise me at the same time.  I am a very social and family-oriented person.  I love taking photographs and am rarely without a camera handy.  However, I do strive for a balance between experiencing the moments and capturing them. We don't sit for formal portraits (aside from our wedding).  I also don’t have kids and suspect that would drive up the number significantly.  I, despite what one might imagine, do not have a single photograph of my cats on display.  I mean, I DO have them in a locket, but not framed on the wall over my bed or anything.  Though in realizing this I feel I must remedy it, too.  Having framed cat photos, that is.  They don't need to be over my bed. 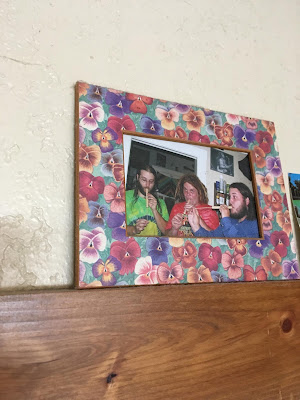 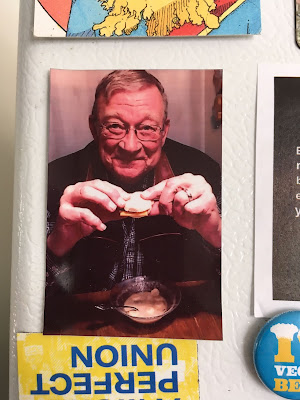 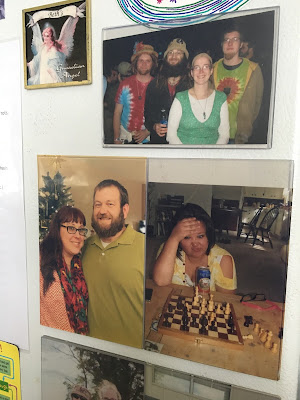 The photographs were mentioned in the final chapter of the book “My Space, Your Space, Our Space: The Personalization of Home.”  Also mentioned was the tendency to affiliate the household with a particular culture, nationality, sports team and/or religion.  Matt and I toured the house scoping that out, too.  We have a lefse turning stick balanced on the backsplash of our kitchen counter.  We have a piece of art prominently hung over the kitchen table that is an American flag comprised of imagery from the Grateful Dead.  In fact, we had to say all the Grateful Dead iconography was a major such marker of group affiliation for us. 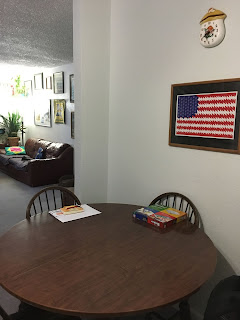 The personalization chapter was probably the exception to the rule in this book in that it was fabulously interesting without being a downer whatsoever.  The surveyed families seemed proud of the ways they had put their unique stamp on their home environment—walls of honor for family photographs, souvenirs from great vacations, trophies from sports accomplishments.  These material goods mostly served to make people happy rather than stressed.  As such, the chapter wasn’t built on a foundation of wanton consumption coupled with a sense of dread and defeat at being buried by material goods.  That was the underlying gist of basically all the other chapter:  We have too much stuff.  As our finances /space expand so does the sheer volume of belongings.  It is making many, many people less happy and fulfilled…especially mothers who bear the brunt of shopping, cleaning, and maintaining said belongings. 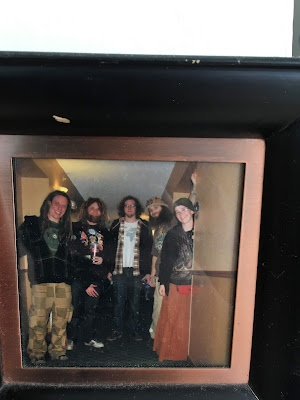 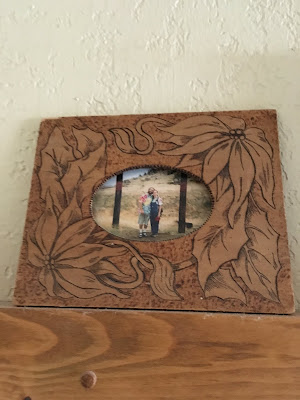 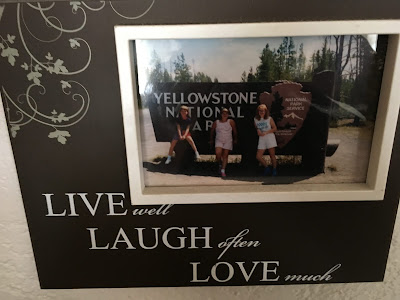 Three quarters of the households in the LA study do not use the garage for parking a vehicle, but instead as a storage unit for excess stuff.  While I won’t assert a percentage I can attest that many of the folks who live along my commute are doing the exact same.  I gaze, flabbergasted, at the boxes and piles and overflowing shelves of stuff that fill these garages when the garage door is open as I pedal past.  And it isn’t just tiny single garages either. Or garages that have been converted into wood working shops so there isn’t room for a car.  It is double garages filled to the ceiling with…stuff.  Just stuff. 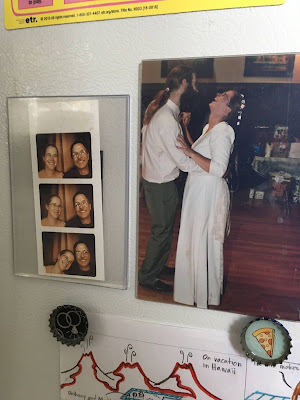 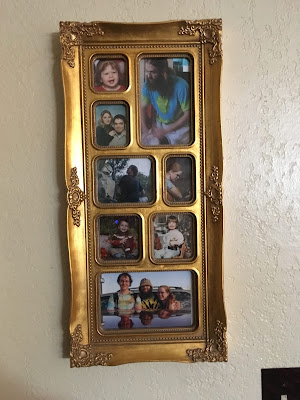 The book left me with a powerful sense of gratitude that Matt and I have relatively distanced our household from the hyperconsumerism encouraged by all the coupons, monthly subscriptions, lines of credit, and an endless bombardment of advertisements that abound in this world.  As it is I am always finding things to send to Goodwill or the trash…things I didn't buy and don't want and yet...appear.  ...something I picked up for free or that was given to me, etc.  Imagine how bad it would be if I actually embraced the idea of “retail therapy” or if I didn’t take it as a sort of point of pride to wear something out to the brink of disintegration.  Some of the photos in the book made my head spin just looking at them.  The chaos and clutter was basically unbelievable in some cases--home offices and garages especially.  I can only imagine how living surrounded by that disorder would make me feel inside.  Heck, the pictures almost stressed me out.  I was floored. 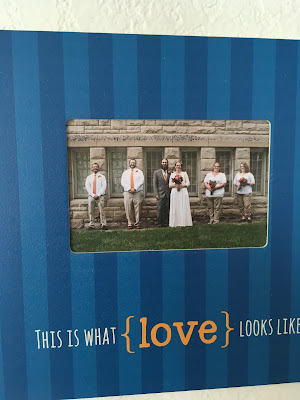 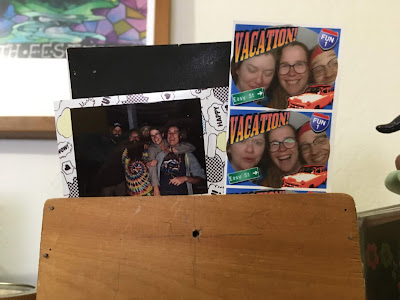 If you’re interested, the book is called Life at Home in the Twenty-First Century and is the work of anthropologists from UCLA’s Center on Everyday Lives of Families which looks at modern life through an anthropological lens.  They closely documented and analyzed the built environments (homes) of 32 self-described middle, class dual income families all of whom had at least one child between the ages of seven and 12 years old.  I obtained my copy through the library. 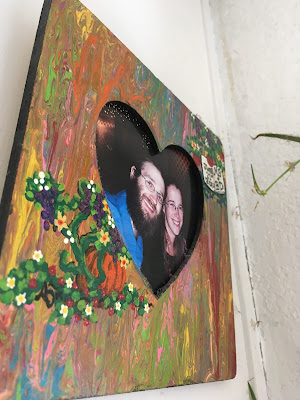