In an effort to make the blog more mobile friendly I've given it a bit of a face lift.  That is probably obvious to any regular readers.  I may continue to fine tune things here over the next week or so.  This is something I've contemplated before--as more and more traffic comes from phoneputers than from real computers.  For example, last month my posts were viewed 109 times via Facebook mobile and just 30 times from Facebook. 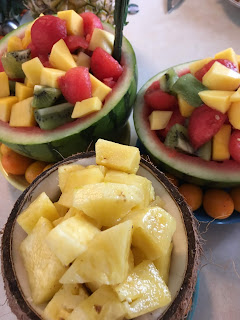 I lacked the motivation to make the changes until recently though.  The revamp is largely driven by my own frustration when trying to seek out particular information from my blog via a mobile device.  I didn't realize how drastically different the mobile and web version of my blog operated.  The sidebar was complete gone...or I'll be darned if I could find it!  That's all fixed in the new format.  The experience of a mobile site versus a website will always be different, but they're more aligned now. 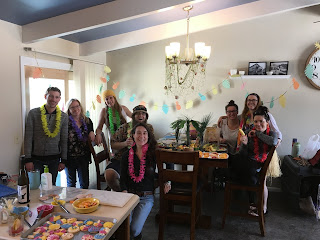 While we're on the subject I shall give a little a report on life in the 21st century of phoneputing (i.e. owning a smartphone).

The long version is:  There are pros and cons to everything. 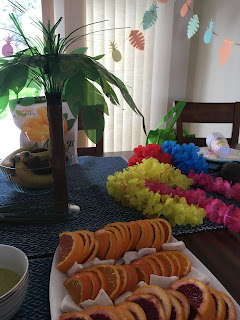 Before I go on any further though I think it is worth noting that by getting a smartphone we got the internet.  Matt and I have never had home internet since we've been together.  We opted for a cellphone with an unlimited data plan so that we could enjoy the benefits of having the internet as well as having a mobile phone.  We share the phone rather than each having our own. 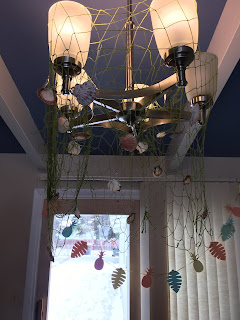 I like that it is a multipurpose object.  In general I enjoy a material good that can perform more than one role.  It is more efficient in many, many ways.  The phoneputer is an mp3 player, a GPS, a phone, a camera, a level, a guitar tuner and more all rolled into one tiny package.  That means we don't need all those other things and so it streamlines the amount of technology we own and use.  Of course, that also mean that one single object has greater importance and if it were to break we'd not only be out a phone but also our guitar tuner and camera, say. 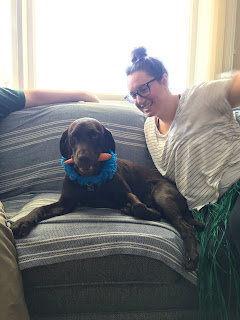 I like accessing recipes online.  This includes recipes that I've posted, but cannot track down in my recipe card box as well as new ideas gleaned from my blog friends and websites I follow.  I no longer print off recipes I want to try, but instead save them to my Drive so I can access them digitally.  This appeals to me on several levels. 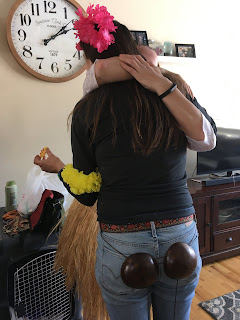 We LOVE streaming music online.  This was one of Matt's primary motivations  for getting a smartphone actually.  I love all the musical options.  We stream NPR, Spotify, the Internet Archive, Youtube, and Freegal.  We balk at paying for a monthly subscription though and so we are subjected to advertisements in our home in a way that is new--and unloved.  The Internet Archive and Freegal are ad-free though and that's swell.  Matt would basically always choose Archive and listen to an entire concert recording so the ads thing is really more of a bummer on my end.  I've gotten pretty fast at turning the volume down during the commercial breaks though.  Maybe I'll ask my family to pitch in on a Spotify subscription for my birthday or Christmas or something though.  That would be a gift that keeps on giving all the year long.  Speaking of Christmas, I had a jolly good time streaming non-stop Christmas music for the month of December.  It was a much wider range of Christmas tunes than I usually jam on the record player. 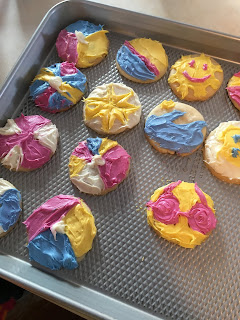 I like the camera.  It takes perfectly acceptable photographs for my purposes nearly all of the time.  The exception is for relatively small objects at a distance such as when we're out birdwatching or that time there was the 5x5 mule deer buck in the neighbor's yard.  The photos in instances like that are only okay.  Rather, they might look great on a 5 inch screen, but less so on a larger scale like my 17 inch computer monitor.  At that scale it becomes clear that they're lackluster compared with those from my pocket-sized Canon.  The convenience factor might outweigh that though.  I sure like being able to share pictures with my friends and family in just a couple clicks or swipes.  I also am rather taken with the ease of creating panoramic pictures.  Matt is quite taken with creating slow-motion videos.  I still don't love selfies, but am glad to be able to more easily take pictures of Matt and me together...otherwise it is basically photos of Matt and one just has to assume I was there. 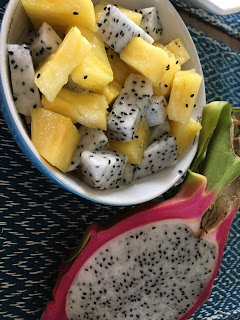 I don't like notifications.  The little red icons make me feel like I need to check them and nine times out of ten they were not at all important to me.   I do not need Youtube telling me there is a new video I might enjoy watching or Redbox telling me about a deal for rentals over the weekend. So I turned them off with just two exceptions and am very happy with that. 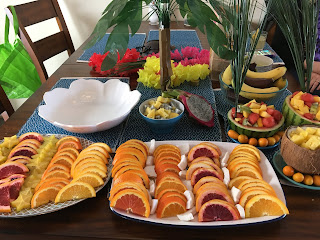 I don't like that people assume I am always reachable now.  I almost immediately noticed a difference there.  Back when we had just a home phone and no internet people knew they just had to wait until we got back to them.  They didn't expect a lightning fast response.  Now they do--at least some of them.  I've had a couple people tell me they were worried because I didn't reply the same day...which just strikes me as silly.  I don't carry the phone every day and I don't run to it every five minutes.  It is a useful tool, but I don't desire hyperconnectivity.  I loved every minute we were in Death Valley were there was essentially no cell service.  I like being disconnected just as much as I like being connected.  Like all things, it is all about balance, I think. 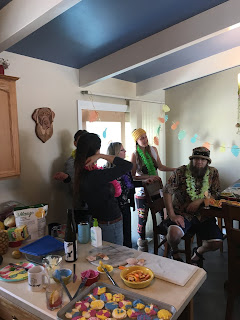 I don't like that way it can short-circuit my brain.  Example:  I pick up the phone to check my Fitbit steps for the day and then Matt asks me a question and so I decide to just Google it real quick and then I see that I have a message from Hannah... and then I have to stop and scratch my head about what it was that made me pick up the phone in the first place.  "Oh, right!  It was the Fitbit."  This would be a con to having such a multipurpose device. 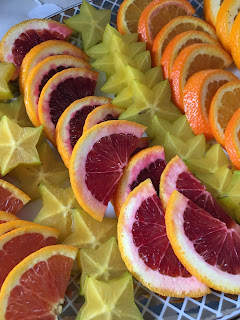 I like having a GPS to help guide me through unfamiliar towns.  It was incredibly useful when we went to Arizona in October and California in January.  We still had actual maps along though, too, as a backup. 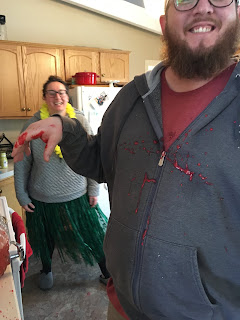 I like being able to look things up and to satisfy my curiosity immediately.  I was always looking things up, of course, because I am a curious person and a life-long learner.  Previously though I had to make notes to myself to remember to do it on my break at work or when we visited Matt's family.  These things can range from "What year did the last Harry Potter come out?" to "Does my boss have tomorrow off?" or "What time does the concert start on Friday?" to "Are there any vegan ice cream shops in Phoenix?" It is grand not to have to wait, more so for the planning items than the points of curiosity.  That said, I find research much more challenging on a tiny screen with mobile versions of the websites I am oh so familiar with in the standard web version.  Sometimes I still have to wait to get to a real computer to accomplish my goals. 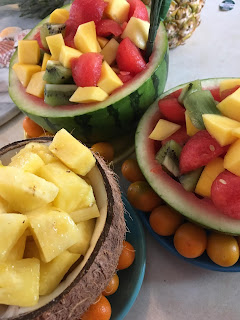 I like getting random silly texts from my Dad.  I knew he texted my sisters periodically, but I didn't realize all I was missing out on!  From the Real Deal Santa sightings at Christmas to home improvement projects he's embarking on I interact more with my dad now that we can text.  We live hours apart.  Neither of us are much for long phone conversations.  He's not a tremendously active Facebooker.  But he texts and I am glad to be on the receiving end now, too. 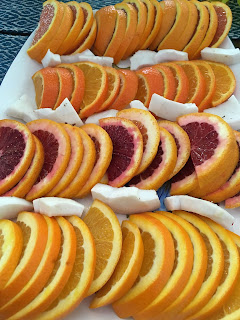 I still don't appreciate the Just-Call-When-You-Get-Here philosophy so common in the cellphone era.  I prefer to coordinate plans and get directions and such in advance.  This is probably in large part because I am not attached to our phoneputer at the hip and don't want to be.  I'd rather just have all the info and go about my day than try to coordinate things on the fly.   That said I could easily put this in the other category because I like being able to work within the framework of my rather spontaneous (occasionally bordering on flaky) peer group.  We get more invites to have an impromptu game night or to meet up at the brewery, say.  I like seeing my friends more, even if I do prefer to arrange thing in advance.  I can adapt to this MO. 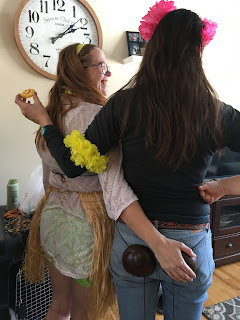 I don't like the phone interrupting my Matt-and-Beth time.  That was more a pattern of use which we had to establish than anything else, like not having it on the dinner table or in the room after work when we're catching up about our day.  Getting rid of notifications helped considerably.  We don't get loads of actual phone calls (hence my calling it the Phoneputer) so it was more pings and bing-bongs from app notifications and texts, etc.  We've learned to ignore the phone if need be though.  The texts, emails, messages...they can wait.  I am the boss.  It is the tool...but in the first week or two I could easily see how the roles could reverse if unchecked.
I could probably go on, but yeah, more likes than dislikes.  Hopefully that is how I feel about this new blog format, too.  It is quite different, but with any luck will have more pros than cons once I've settled into it.  If you, as you're reading this, have any strong opinions on the new layout please chime in.
By BLD in MT