My friends, Chelsey and Dan, are opening a sandwich shop in town.  As a result they are doing some remodeling to the building in which they are opening the shop.  A few weeks ago Chelsey posted a photo of the lumber they were ripping out stacked in a big ol' construction dumpster.  They'd tried to get their contractor to take it and use it in the remodel, but they wouldn't.  As soon as I laid eyes on the photo I told Chesley I would be super, super excited to come reclaim the pile of boards for my own purposes.  So, we borrowed Matt's dad's pickup and spent a couple hours dumpster diving. 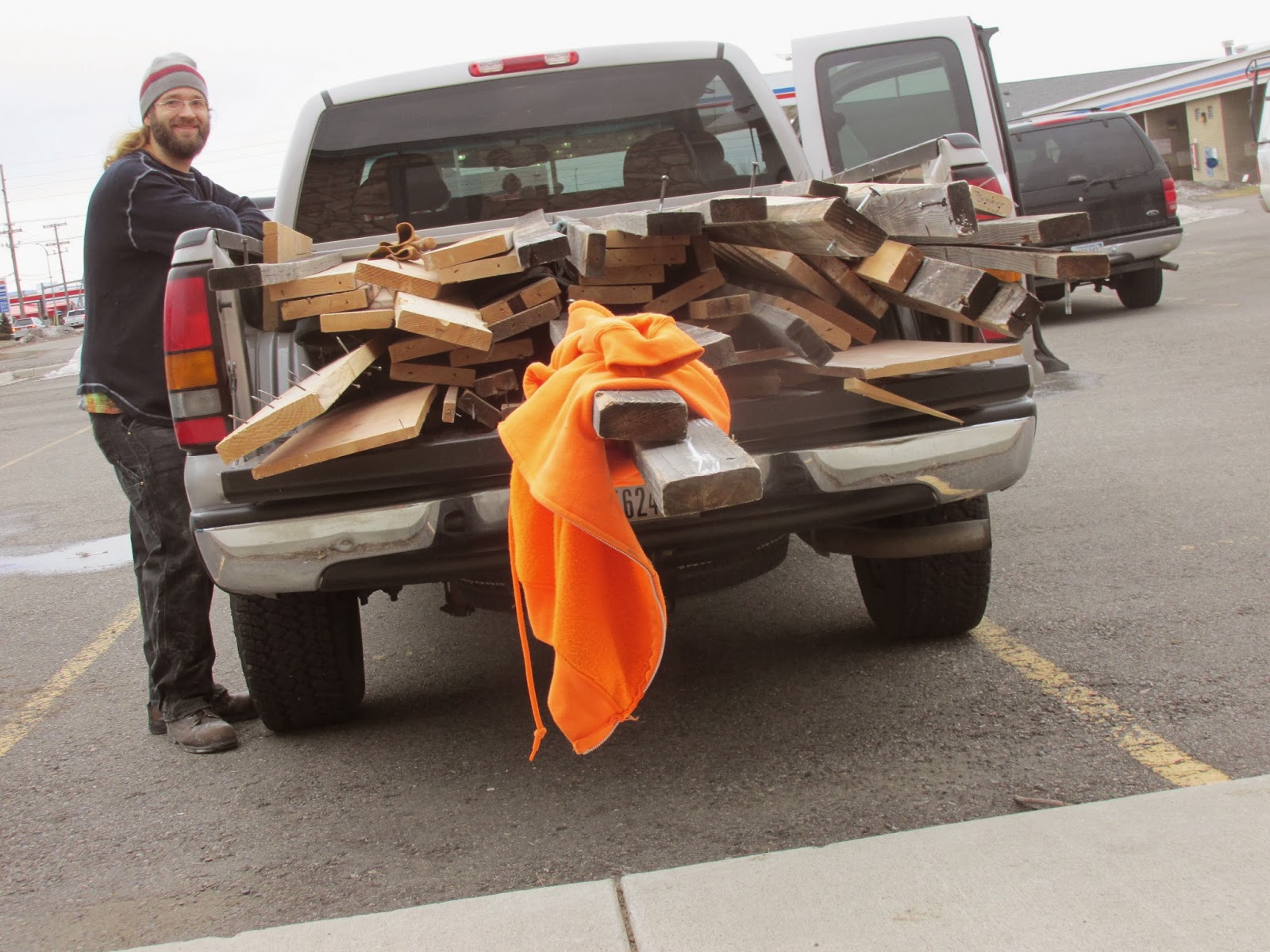 We ended up with two good sized loads of lumber--most of which looked virtually brand new once we pulled the nails and screws.   It was an amazing windfall for us.  We have several projects lined up for it including repairing the privacy fence on our patio, building raised beds around some of the vegetable plots, constructing a small greenhouse, and, as you will see below, building a frame for our garden sink. 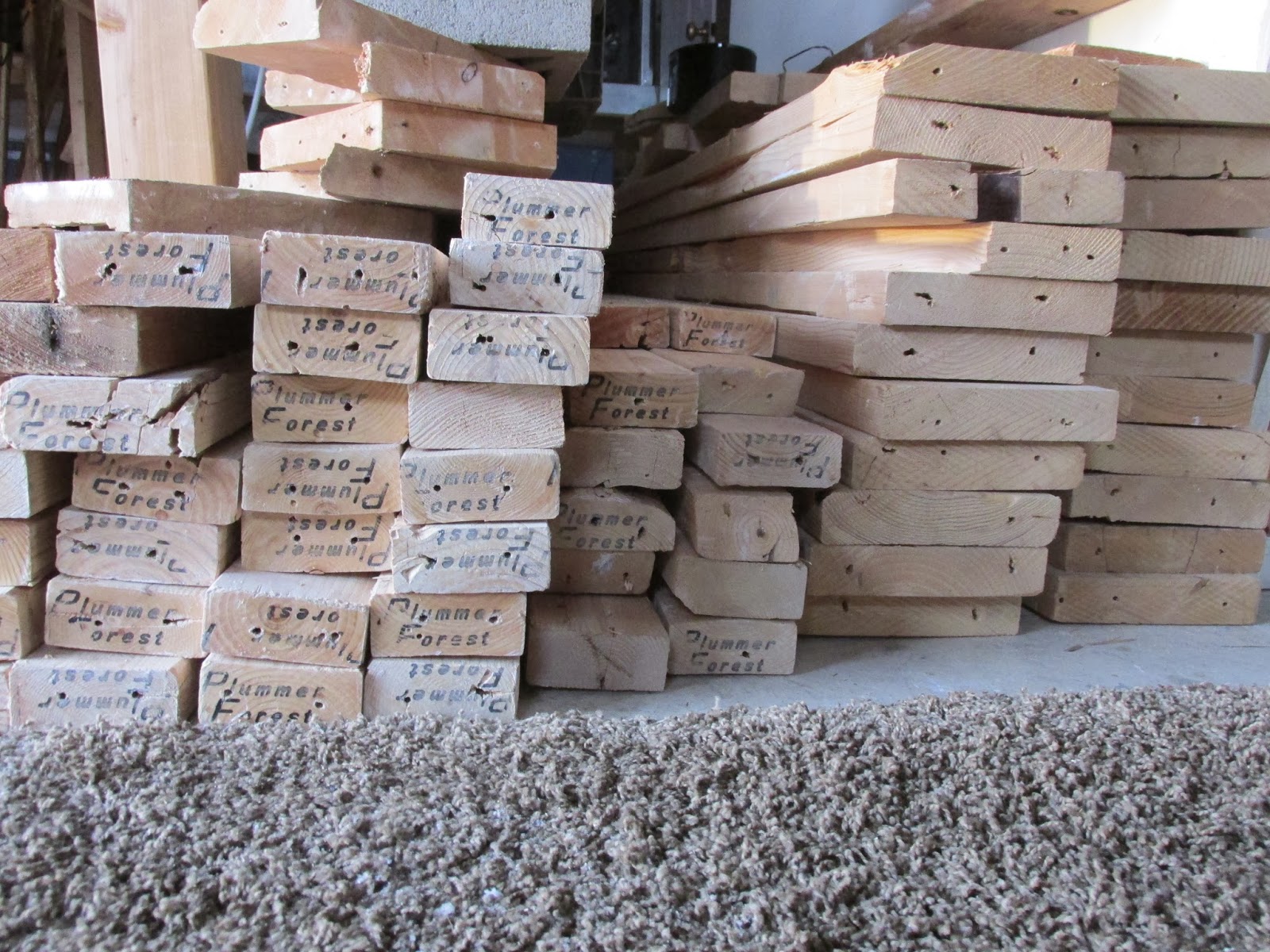 And by "we," I pretty much mean Matt.  See, Matt claims he isn't a carpenter of any sort, but I think he is selling himself short.  He may not have extensive experience at it, but he certainly is capable.  I've seen him build a few things over the years.  And when he got the lumber from Chelsey he promptly pumped out this garden sink in a matter of two days--from design to finish.  He was so pleased with how well it turned out.  Its even level all the way around--a point he proudly demonstrated for me. 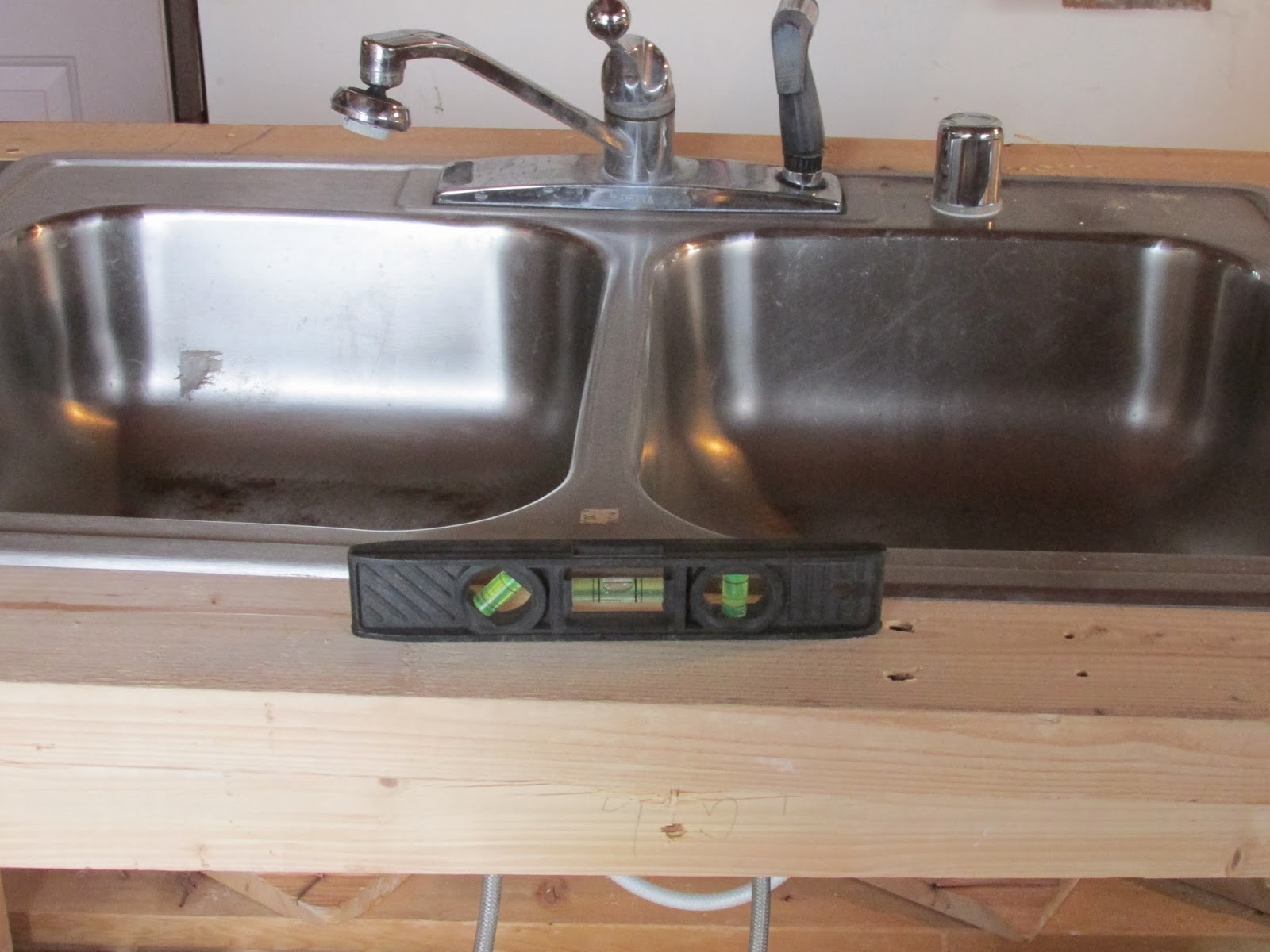 The only part I really helped with was procuring the boards and pulling the old nails.  Of course taking photos the whole while...because that is me.  Doesn't this screw cast an awesome shadow?! 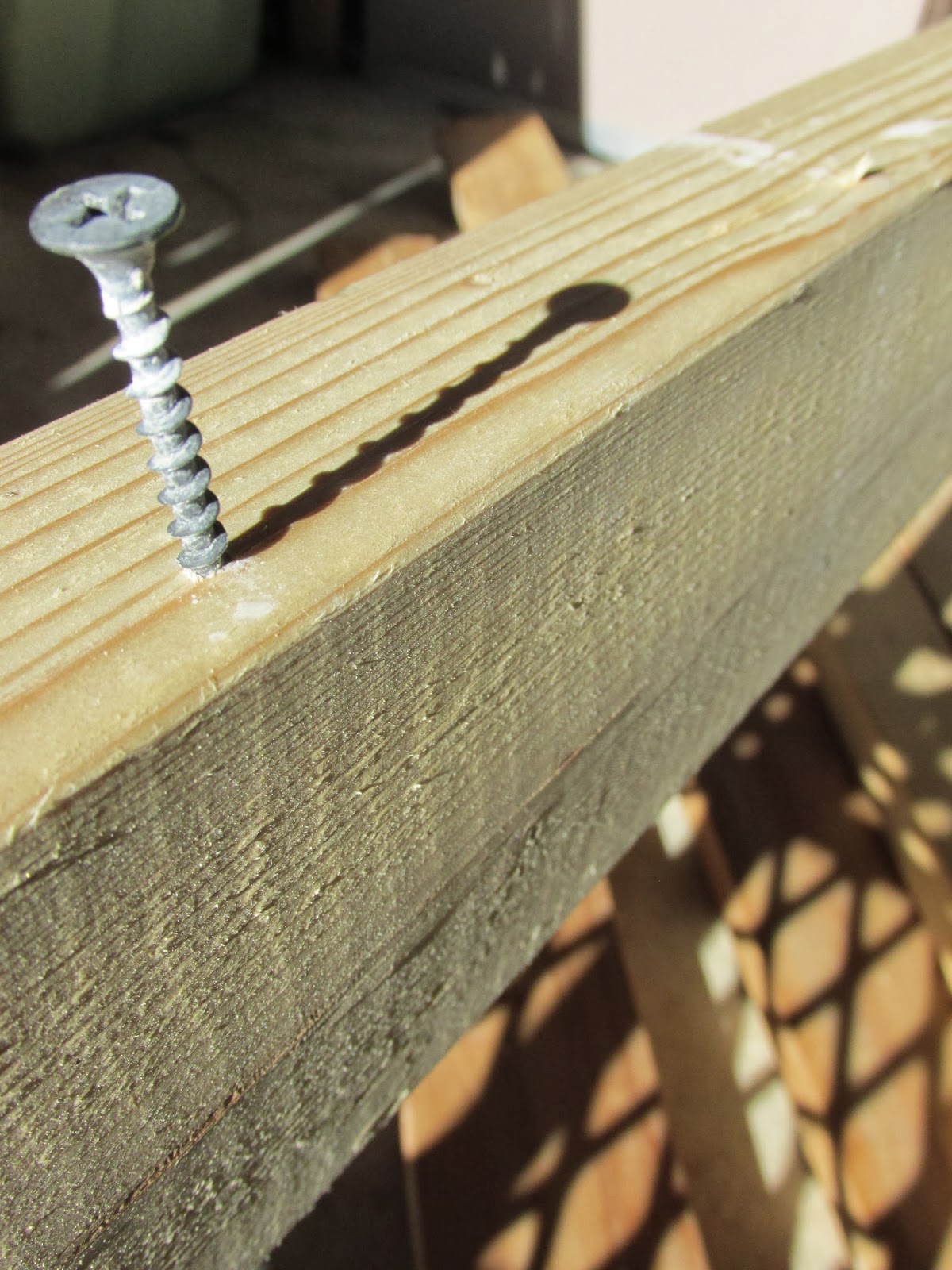 As I've explained in the previous post about the garden sink it is an incredible tool for those who grow their own food crops on a couple of important fronts.  One, all the rich nourishing soil that clings to freshly picked produce stays outside where it belongs instead of washing down the drain. Two, wash water can be captured in five gallon buckets under the sinks and used on the garden rather than just washing down the drain.  Three, plant material (think carrot tops or woody kale stems) can be collected during wash time and put directly in the compost pile without making a journey inside first.  The garden sink saves soil, water, and mess.  Win, win, win.    The shelf underneath for storage (and buckets of water) will prove a very nice addition, I am sure.  Matt built it at a standing height, too, which will be much kinder on the back than the previous set-up.

We've used our garden sink--balanced on the arms of patio chairs--since October 2012 and it has been great!   Needless to say this permanent frame is a tremendous improvement both practically and aesthetically.  The sink, section of counter-top, and many of the nails came from the Habitat for Humanity Restore.  The lumber all came from Chelsey's dumpster.  The plumbing components (that allow the sink hoses to connect to a regular garden hose) and the remaining nails came from our local hardware store.  That all adds up to make it project we feel really good about.
Project one: garden sink -CHECK!
Project two: greenhouse -DESIGN PHASE HAS COMMENCED!
By BLD in MT