We bought a smartphone.  Never say never, as the saying goes. 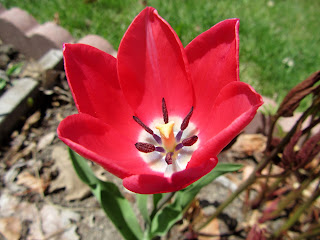 I feel like we've been shocking people left and right with this news.  Heck I am still a little shocked myself!  Matt and I had talked about it off-and-on for the last couple years.  This month we finally took the plunge. 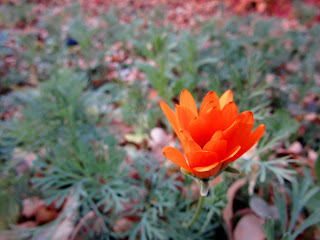 Matt and I gave up cellphoning in September 2010 for a variety of reasons.  Now, almost eight years later we're re-joining the ranks for a different variety of reasons.  The price of our home phone almost doubling being a major one.  Social trends being the other more nebulous reason.

Honestly, I feel a tiny bit forced into it, even as I discover new ways having a cellphone will be useful to me.  The world in which I operate is just increasingly unfriendly to those without cellphones or the internet.  I still don't really want one, but more and more walls kept cropping up that wouldn't exist if we had such technological access.  So, we give.  The modern world wins.  Digital technology is a force! 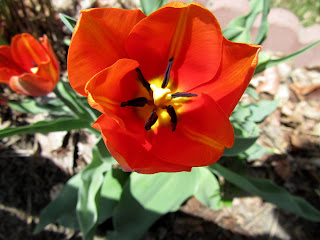 A couple helpful examples; the first frivolously personal and the second pragmatically business.

One.  We called the movie theater Movie Phone to see what time the new Star Wars was playing.  Matt had a date to meet his dad and could not quite remember the start time.  Buuuuuuut, Movie Phone doesn't play a recorded list of show times anymore.  Now it just says to visit their website for full information.  End of story.  So, Matt was out of luck.

Two.  We lost at least three sales during our tie-dye vending season last year because we were unable to take credit/debit cards.  For years people have been whipping out their cards at our craft shows, but they've always drummed up the cash or written a check when we told them we couldn't take cards.  Last year we finally lost sales because of this.  A lot of people don't carry cash these days, or so I gather.  More and more just expect to pay with their cards.  And from a business point of view we should let them since people spend more on average with a card than with cash.  I've also never felt up to operating an online shop--Etsy or something comparable--for our tie-dye without a more ready access to the web in order to keep it updated and respond to customers in a timely manner.

This sort of stuff is happening with increasing frequently while payphones disappear at an equal or greater pace. 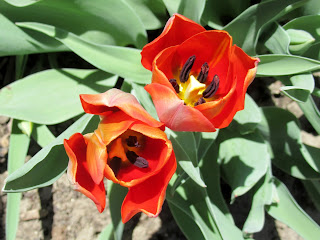 Before making the switch I called our home phone provider to talk about our options.  This was after we received our second notice of increased prices already this year.  They were unable or unwilling to cut any deals so, we dropped them.   We now have a cellphone with unlimited data for an almost identical price and no contract.  We even got to keep our same phone number.  Hallelujah!  I dreaded the thought of having to update my number with everyone.

There is also no point in denying that having a cellphone will make coordinating with my friends and family easier.  My friends especially.  They're a spontaneous lot.  Now they won't have to plan ahead so much and I am certain they'll like that.  While I am more of a planner I can also enjoy some good spontaneous fun and hopefully there will be less "Well, Chelsey decided to host a BBQ on Saturday, but I didn't see the message until Monday afternoon so I missed it.  Shoot." in my future. 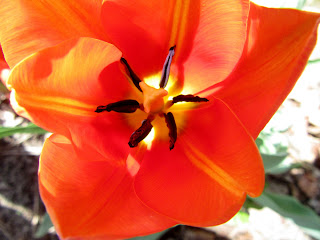 Matt is smitten with streaming music.  He love music so.  I can access my blog recipes quickly and message book talk with Hannah on a whim.  The camera is surprisingly excellent.  I look forward to familiarizing myself with it.  We won't have to borrow Roger and Sharon's GPS when we travel to big cities.  It will help facilitate our being better business people.

I am certain there will be drawbacks, too.  It is readily apparent that the cellphone could easily be a distraction.  I can see that already.  I mean, its a tiny computer in my pocket!  But I will strive to use our new gadget in a way that minimizes that.  I don't want it to become grafted permanently to my hand or hip.  I'm turning off certain notifications so that I won't be interrupted if I hear it bing-bong about some new Facebook message or something.  Smartphones require mining for precious metals so I won't be quick to upgrade.  I intend to make good long use of those resources, and not just upgrade to a new phone every year.  It isn't quite a reliable in some ways as a home phone, nor quite as pleasant to actually use for phone calls.  It is much more convenient in other ways though.  Not to mention multi-functional. 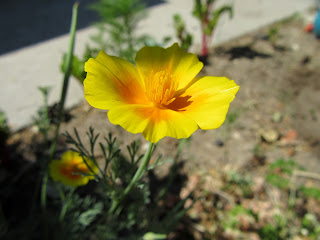 I have friends who've ditched Facebook because of all the "drama."  I've long held that Facebook is a tool and how we use tools makes a difference in the experience of them.  The cellphone is just another tool.  Matt and I are master of it, not the other way around.  There will still not be any cellphones allowed at the table or while Matt and I sit around and visit in the morning/evening.  We don't intend to carry it everywhere.  In fact, it is at home all alone today.  Well, the cats are there, too, but hopefully they can refrain from posting to my Facebook wall while unattended.  ;)  It will be an often home-based phoneputer, but who goes out into the world sometimes, too.  (I just invented that word--phoneputer-- and it tickles me.) 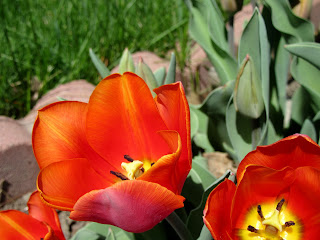 I'm glad to have reached a more middle ground.  I've a history of being rather black and white in my lifestyle choices.  Hard and fast rule are easier to comply with than a case-by-case approach.  But, they're also so limiting.  Just because I don't want to a life domineered by technology doesn't mean I can't have it at all.  Having a cellphone doesn't mean being married to it.  So, I have high hopes that phoneputing will be a helpful addition to our household, but not a force with takes over our lives.  I'd sure rather not become one of those poor souls freaking out because they only have 1% battery, you know?

(I will also persists in answering calls from phone numbers I don't recognize.  I still don't quite "get" that one....)
By BLD in MT