Matt and I had a rather quiet Halloween at home. 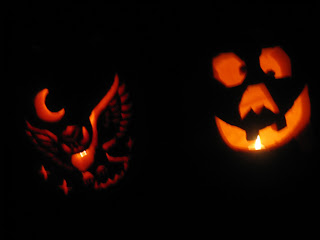 We went down the street to the local hardware store and each picked ourselves out a nice looking pumpkin to carve.  I did an owl using a template.  Matt did a freehand goofy face. 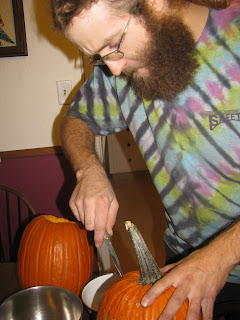 I put on my dancing cloak to answer the door for my six trick-or-treators as I had no proper costume.  I called my self the Sorceress as its a very wizardy sort of cloak with its hood and long, pointed sleeves.

I love it when the children are so still small that they must still be prompted by Mom and Dad to say "Trick or treat!"  Aw, the cuteness. 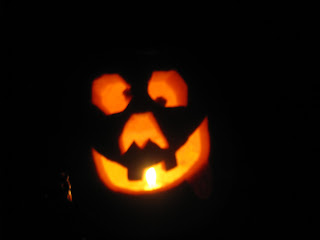 We saved the seeds to roast later though I am not all that sure that I really like pumpkin seeds.  But, I am always willing to try to learn to like things. 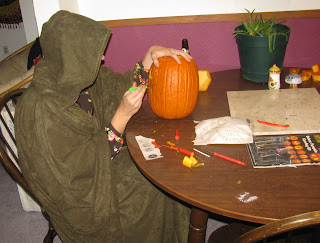 I called up one of my most favorite friends, Chantz, because as I was carving my pumpkin I recalled that I had first met him on Halloween many years ago.  A mutual friend had brought me over to his house.  So, I called to wish him a happy friendship anniversary and we chatted for a while on the phone, including recalling a couple of fun Halloweens we've shared together.  I don't remember when and where I met most of my friends so I thought it was pretty cool that I did with Chantz.  Especially since I still feel so close to him years later, miles apart. 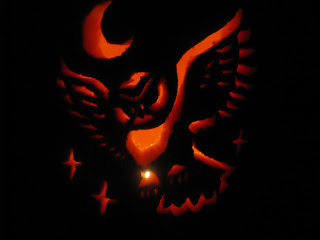 I cannot believe it is November already.  Oh, this year went so fast.
By BLD in MT