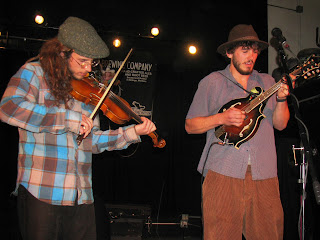 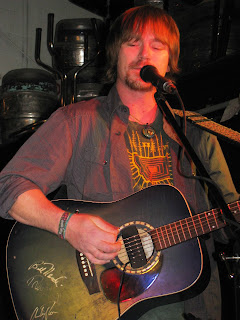 I just the other night realized that I can even remember the first time I thought bluegrass might be really awesome and that I should look into it a little further.  I heard a peppy song (about biodiesel oddly enough) called Well-Oiled Machine by a contemporary bluegrass band called Hot Buttered Rum.  It was included on a CD that we got for free through a magazine subscription that we received for free because we'd bought tickets to a music festival. (Whew!) I'd never heard of the band before and to my recollection I'd never really heard bluegrass before...or if I had it certainly hadn't made much of an impression on me. 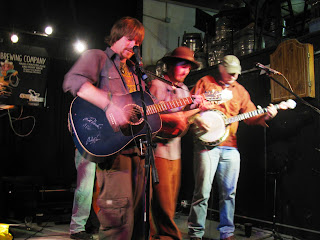 And from that rather chance encounter with that one catchy song my deep admiration of bluegrass would be born. 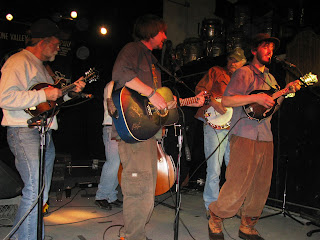 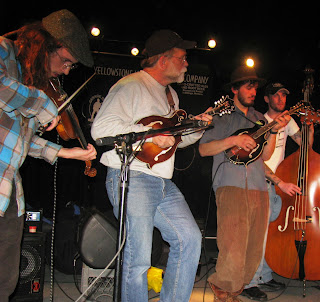 There is something about all those strings that makes my spirit soar!  It makes me feel so good inside...like I am radiating with joy and spirit. 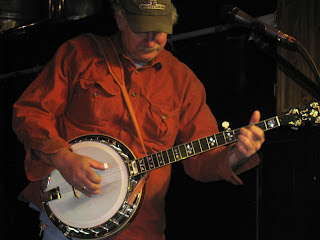 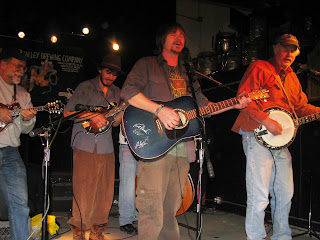 I like the whole spectrum of bluegrass from the very, very traditional such as the music from Bill Monroe and Lester Flatts, to the very, very progressive, from groups like Railroad Earth, Bela Fleck, and Yonder Mountain String Band.  The warmth of the strings, the beauty of the harmonies, the freestyling improvisation, the speed of those fingers flying over the strings--I find it all just extraordinary and enthralling!  Especially the fiddle.  Oh, how I love the fiddle. 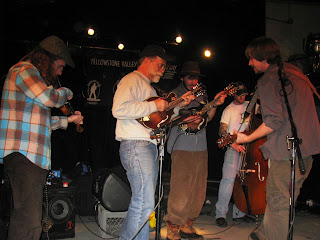 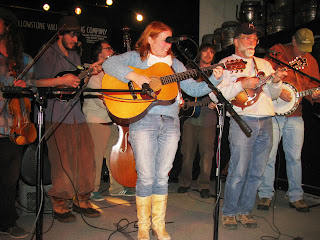 As such, I am so glad that we've got a number of excellent local bluegrass bands to listen to around here. In fact, the local bluegrass scene is keeping my dancin' shoes hopping two weeks in a row.  It makes me oh so happy.  Just what the doctor ordered.