Matt and I are careful and prepared when we embark on our adventures in the great outdoors. That is just being smart.  Over all the years tromping around together we've both sustained very minor injuries, but never anything major. Thank heavens.  We are very grateful for that and hope to continue the trend.
We can always do our part to be observant of our surroundings, including the terrain, weather, wildlife, gear, etc.  That is critical.  We can always be prepared for the outing with good shoes, appropriate jackets and hats, walking sticks, etc.  However, even with a generally safe manner accidents can happen in a split second.   Case in point:  I once sprained my ankle as Matt and I were hiking out on a backpacking trip.  It was so silly.  I realized that I could see the trailhead end point and got excited at the prospect of having lunch soon since I was hungry.  I shifted my focus 1/4 mile down the trail for a matter of 15-30 seconds and rolled my ankle on some loose gravel on the trail.  Thank heavens I only had 1/4 mile left to limp through as my ankle quickly was painful, red, and swollen.  It happens so fast.
So, just in case....
I was offered the chance to earn my two-year wilderness first aid certification through the National Outdoor Leadership School's Wilderness Medicine Institute this past weekend.  For free.  Another participant dropped out and I was offered the chance to fill in.  Since the course had already been paid for I was able to skip the $250 class fee.  I could hardly say no--even though I had been looking forward to a weekend where, oddly, I didn't have anything planned.  It was meant to be, I guess. 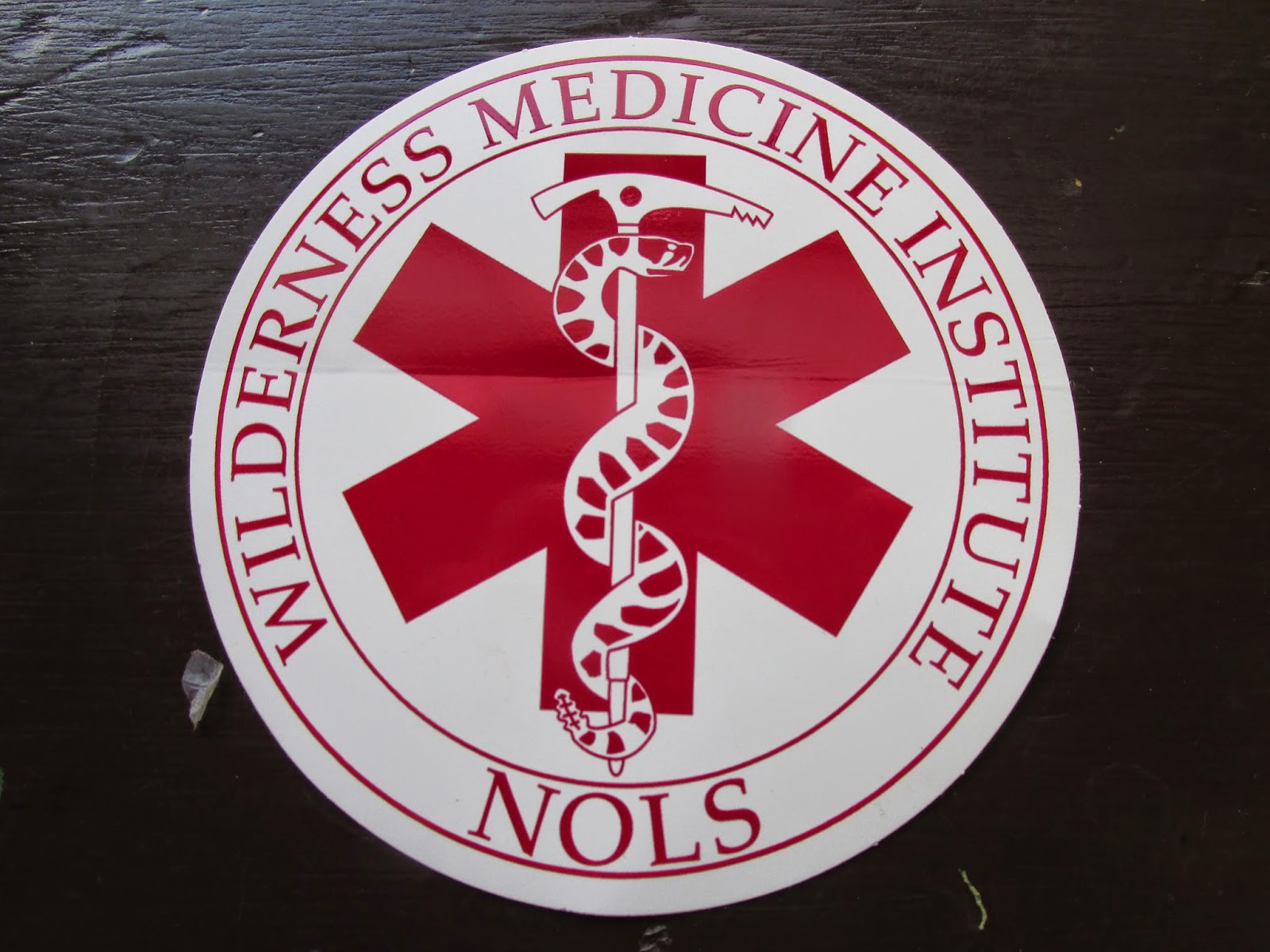 Now that I've completed the course I actually think that $250 would have been money well spent for the skills and confidence I've gained from the experience.  In fact, I am going to encourage Matt to take the course at some point.  Heaven forbid we should ever need the knowledge, but when we're out in the woods together it seems like it would be a comfort to know we've got the training to back us up....just in case. 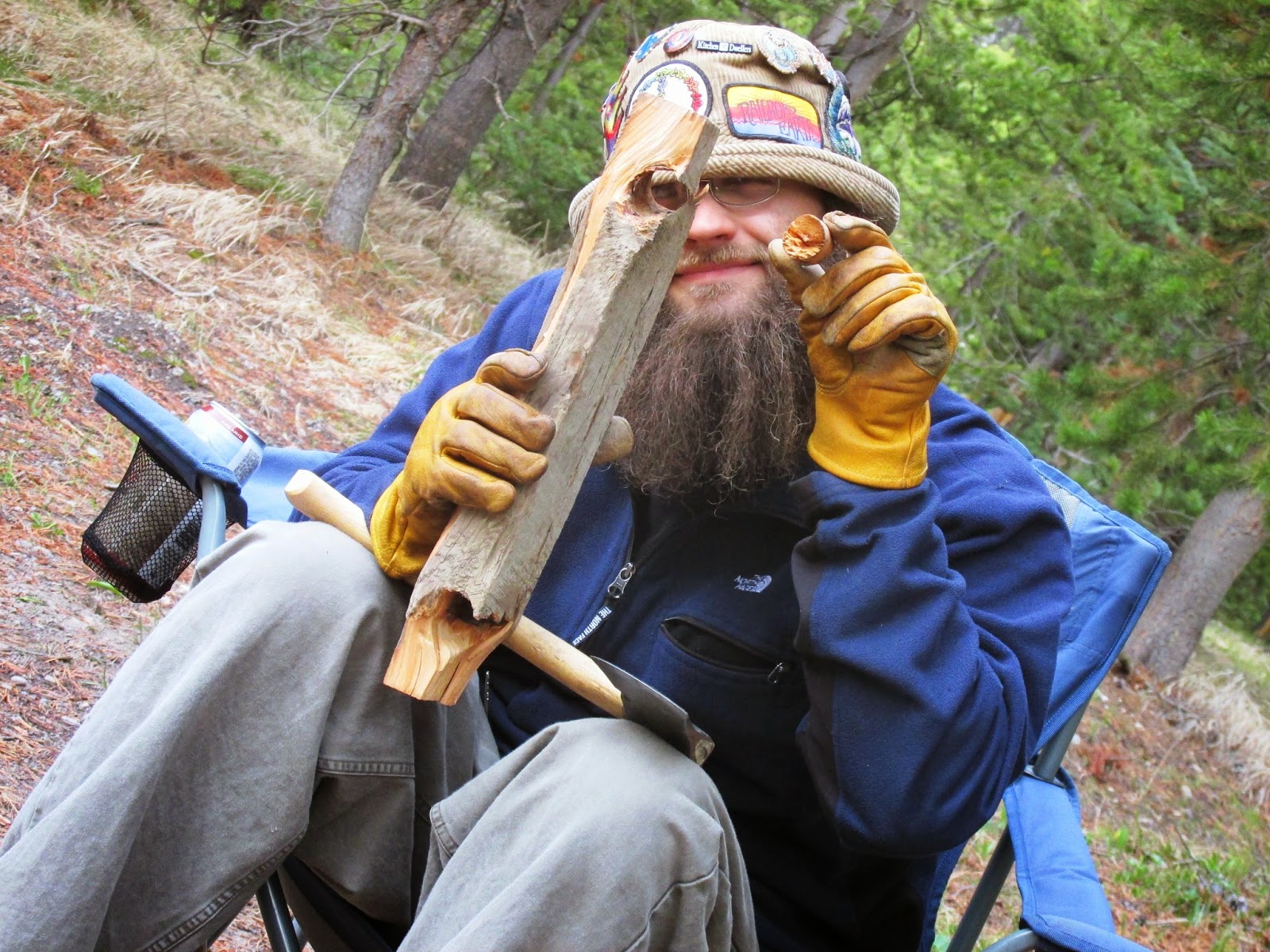 I wouldn't say I had no first aid experience before the class, but it was certainly limited and I'd never been asked to demonstrate it in practice.  I'd never had to improvise a sling or splint.  I'd never had to lift or roll over an unconscious person. I'd never had to recognize the signs of shock.  I'd never taped a sprained ankle. I'd never had to check the A, B, Cs on a real person (airway, breathing, circulation). I'd never had to stabilize a foreign body that had been impaled into someone. I'd never taken another person's vital signs.  And so on.
Two full days of training later and I can do all that and more.
The training involved some rather intense scenarios where we got to practice our new skills in patient assessment and treatment under the watchful eyes of the NOLS-WMI medics who offered constructive criticisms on ways to improve the techniques.  It involved some pretty remarkable make-up and effects.  There was make-up to make us look pale or flushed or bruised. There was fake blood and fake skin.  There were patients moaning in pain.  There was fake vomit made from granola and water.  There were fake puncture wounds with protruding objects. There were unconscious patients.  There were fake compound fractures.  And most of them seemed pretty darn realistic.
It was cool--once I got past my initial awkwardness at play-acting and touching and being touched by so many relative strangers.  I helped make a heating pod for a hypothermic patient out of sleeping bags and a tarp.  I made a splint for a patient who broke her arm during a fall while hiking out of random pieces of clothing and shoelaces.  I made a sling out of my scarf.  I made sure that airways were clear and narrowly avoided getting thrown up on in the process.  I recognized the symptoms of heat exhaustion in some ultramarathoners and treated them with rest and water before it could become heat stroke. I irrigated and dressed an abrasion from a cycling accident. I did a head to toe examination of a patient who had an unexplained seizure.  I helped safely move a patient with a spinal injury after she'd been thrown from a horse.  I took vital signs.  I called in radio reports to rescue units.  (And of course, for the sake of clarity, these were all very much pretend scenarios.)
I really enjoyed the focus on using what was around in the wilderness first aid course.  No first-aid kit is every going to be perfect.  Or if I made the "perfect" kit it would end up being so huge that I'd not carry it around which would make it less that ideal again. The ability to make functional splints, wraps, bandages, litters, etc with what resources are available from socks and belts to tree branches and water bottles seemed pretty brilliant--whether the broken bone or burn happened in the city or way back in the remote mountains. That said, I do think that Matt and I need to bump up our first aid kit.  Its pretty good, but I can see a couple small additions that would be helpful such as a bigger roll of wider tape and syringe for cleaning abrasions.  I once fell and got stone and dirt in my knee on a hike.  That irrigation syringe would have been handy for getting the tiny bits of gravel out of my tender, ripped flesh.  We improvised and pouring water from my water bottle seemed to do the trick more or less.  But, a syringe is small and light and with greater force and precision is better suited to cleaning abrasions. It seems like a worthy addition.  Abrasions are one of our more common minor injuries.
I hope to never really need to put the training to real use.  I hope, I hope, I hope.  But I feel that if there was an emergency--in the woods or in my kitchen--I'd be better prepared for it.  That's not to say I wouldn't be freaking out some on the inside if it was something major and bloody or involving someone I love.  But, I'd at least have a system and steps to work through when placed in the situation instead of just mentally screaming "What do I do!? What do I do?!" 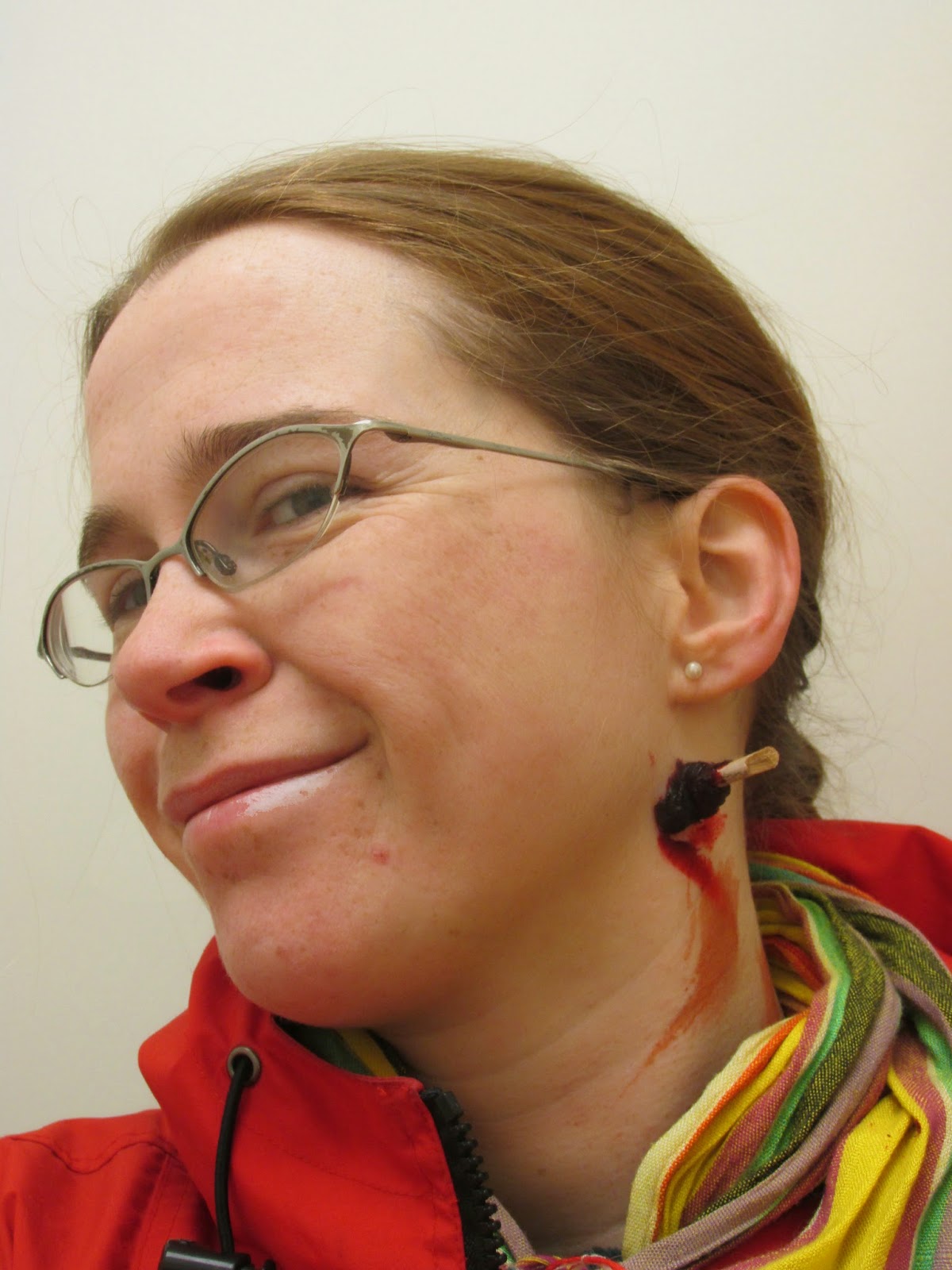 And off and on all day long--both days-- I thought of my dear medical-geek friend, Josh, admirer of intubations and defibrillation, the fantastic paramedic who passed away last year.  He would have loved the course.  He would have loved talking to the trainers--swapping stories, checking out gear, and the like.  He could have taught the course, I am sure.  And I would have loved to talk to him about it.  I thought that over and over. I wished I could talk to Josh about all that I was learning.  He was built to be a life saver.  I am not.  But, I'd like to think I could do well enough now, if I had to, to make him proud.
By BLD in MT