We helped someone move a few months back.  During the move a set of wooden dining chairs were set aside to be discarded--they weren't going to be making the move.  I'd been thinking I should get a chair for my sewing room for some time previous to this.  See, our dining room table has four chairs.  One acted as our desk chair, another acted as my sewing chair leaving two chairs at the table.  As a result we were regularly having to go drag one or both back out into the dining room when we had guests.  So, I'd been wanting an extra chair.  Not bad enough to go buy one or anything, but I thought it would be nice.  And then a free chair fell into my lap.

I am convinced that if I can be patient I can get nearly everything I want to buy (except food) cheaply second hand or free. 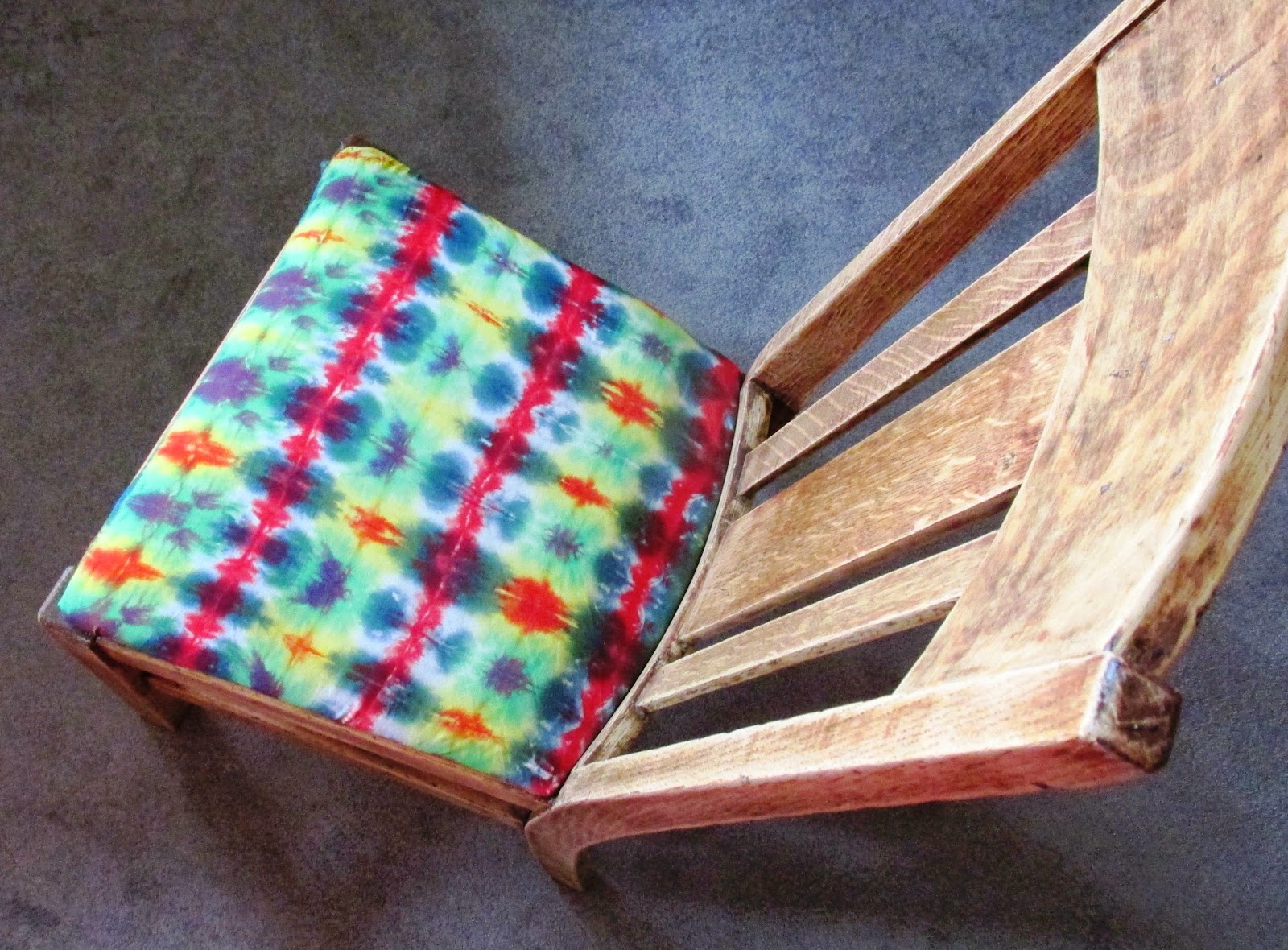 The only problem was that we found them to be pretty darn ugly.  They'd been painted silver and splattered with black paint.  The seat had a big splotch of white paint on it.  Not real pretty to say the least, but the chairs seemed solidly built and so I plunked one of them into the trunk of our car.

Several weeks of sitting in the garage passed by.  We bought brown spray paint to cover over the silver-black splatter madness.  Matt suggested that the spray paint would stick better if we scraped the old paint off first.  When he set to it we quickly realized that once the silver was gone it was a pretty attractive chair with just a bit of wear.  It was made by the Wisconsin Chair Company according to a tag tacked to the bottom of the seat.  I am always pleased to add another solidly built, American-made item to my home.  From my brief explorations online it sounds like the company closed in the late 1950's. 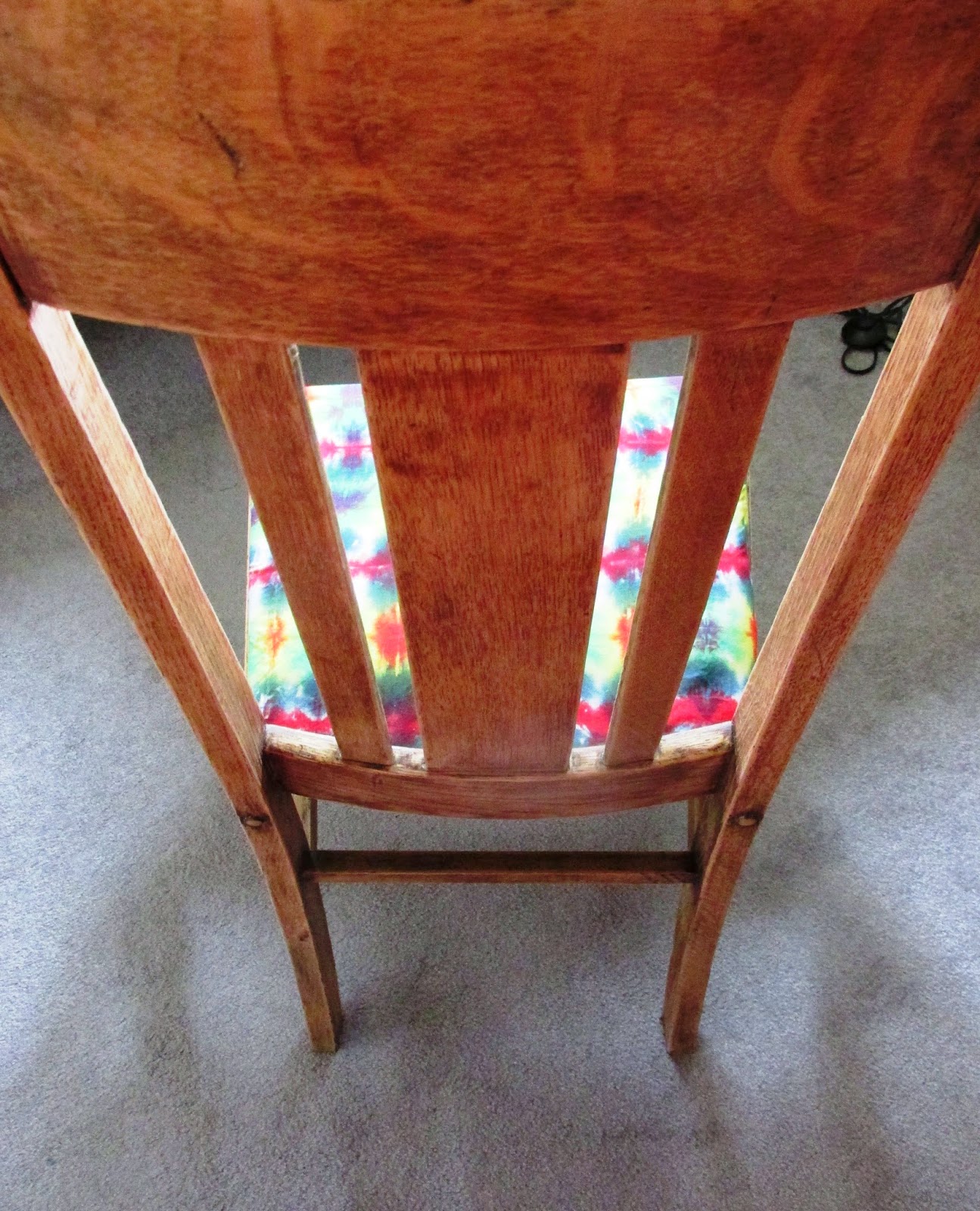 Matt scraped and sanded.  I recovered the seat with a piece of tie-dye cotton which I'd squirreled away in my fabric stash and some penny nails.  I also had a small piece of quilt batting (for some reason) which I folded to make a doubly padded layer underneath.  Its way prettier and much more comfy, too.

I have two itty-bitty regrets:  One, that we didn't take a "before" photo of the chair in all its splatter painted glory and two, that I didn't grab the second chair, too.  Oh well.  I have a great new sewing chair at least. 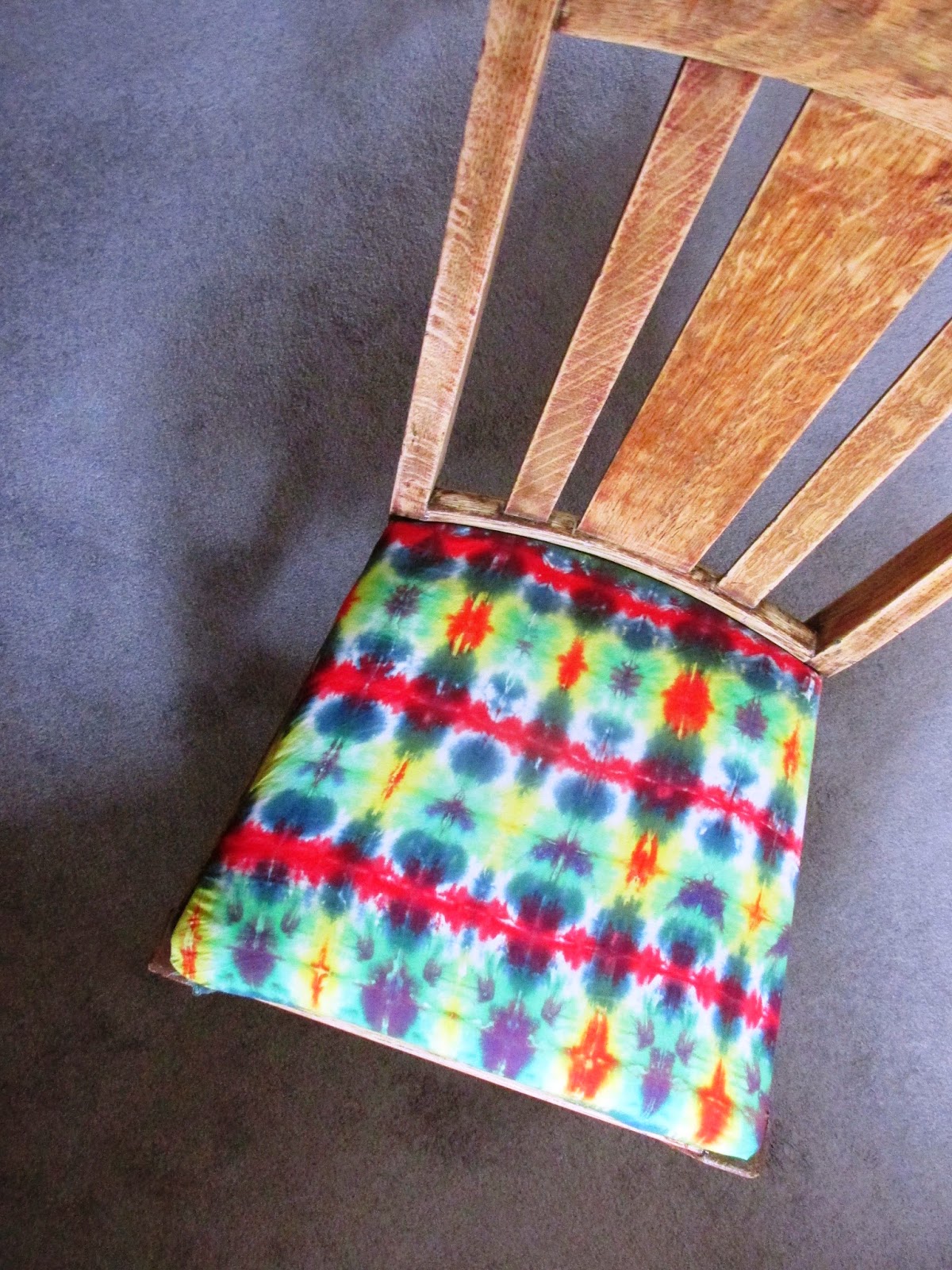