Bluebirds, Bison, and Even a Snake 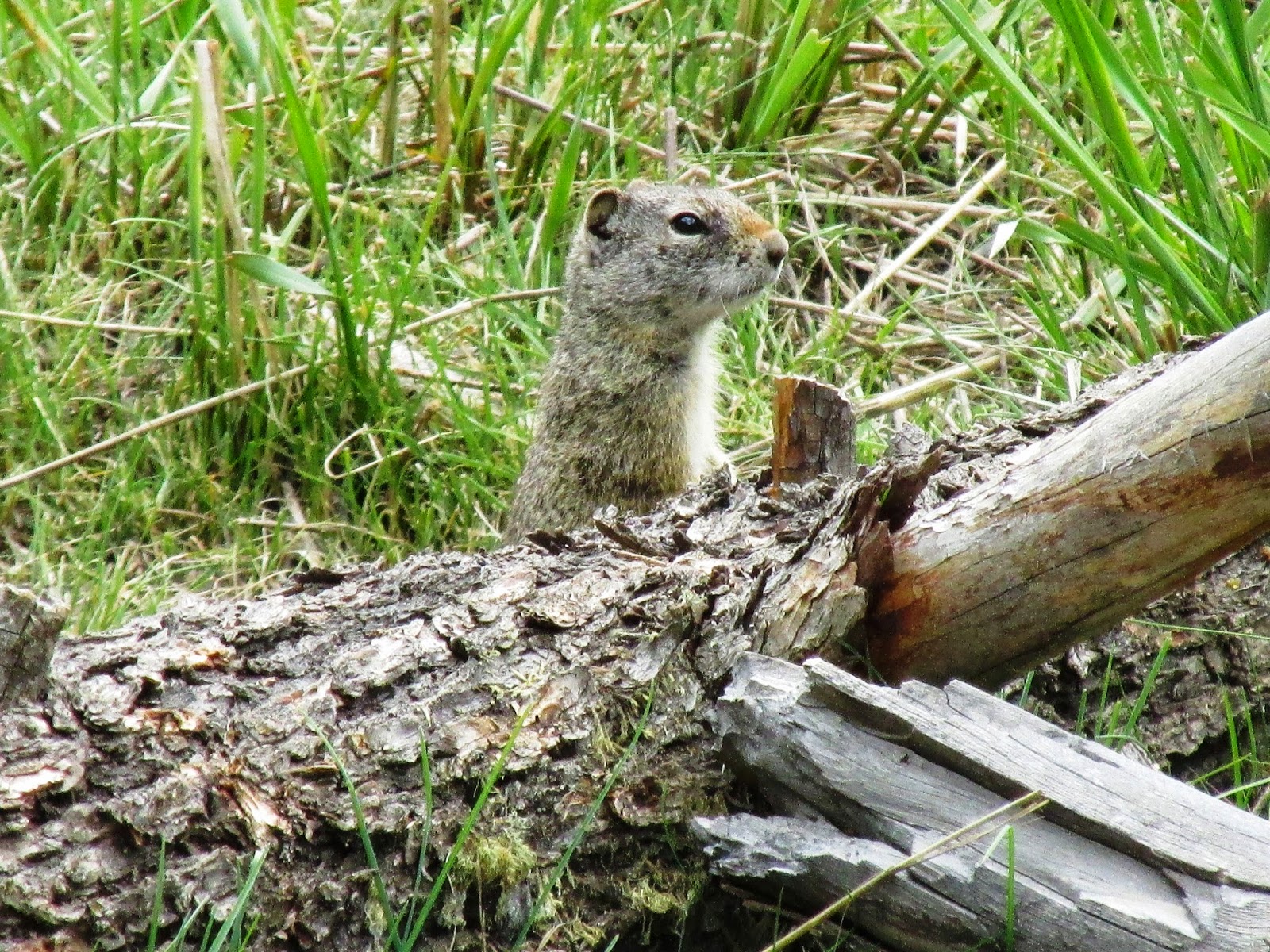 Yellowstone is an absolute paradise for wildlife watching.  It is amazing.  Without even trying there are critters to enjoy all over the place.  Our recent trip for my birthday was certainly no exception. 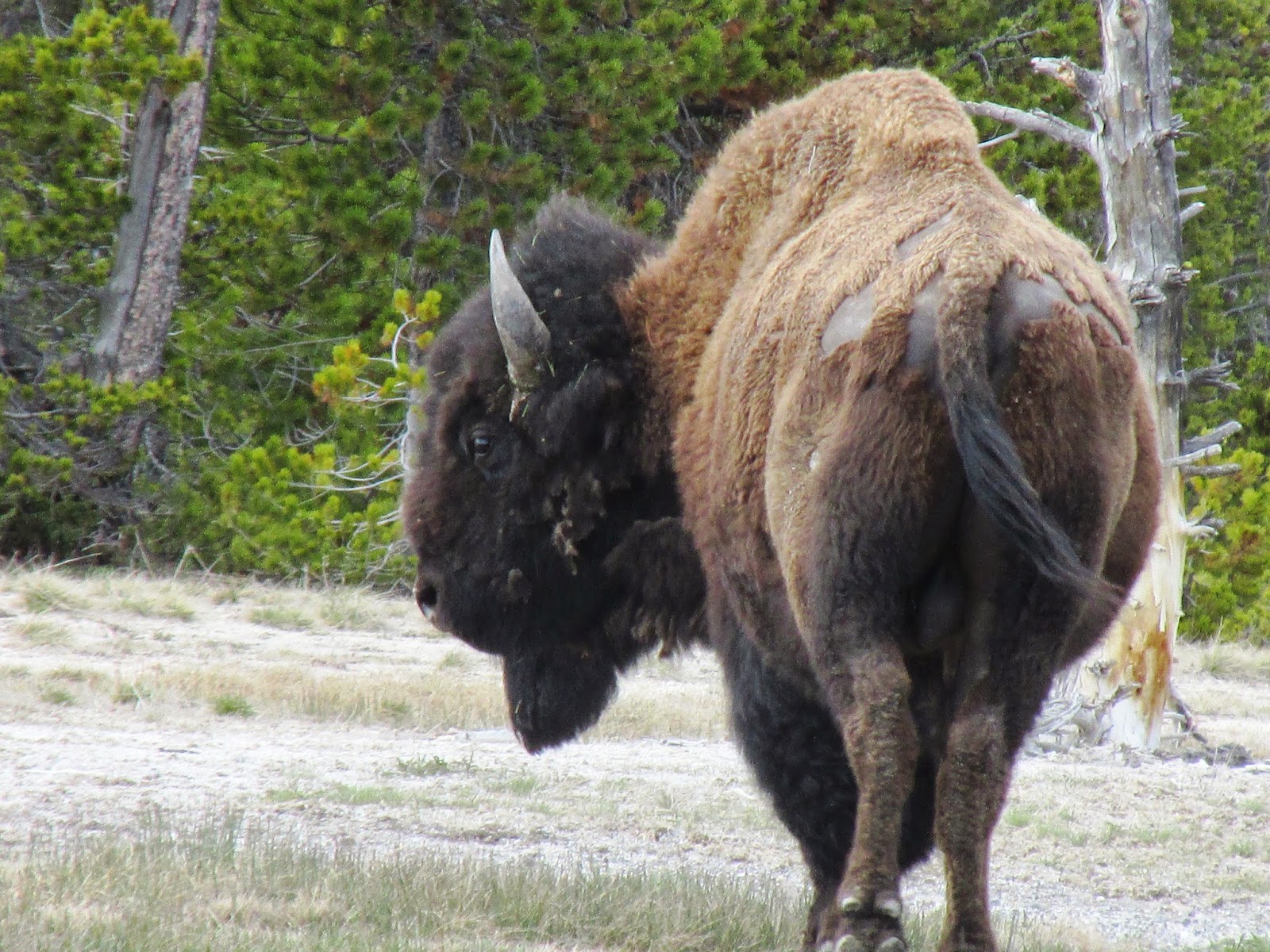 Over the weekend we were able to positively ID 35 species of birds (counting the subspecies of Junco), ten species of mammals, and even one reptile.  We hardly EVER see reptiles or amphibians on our outings--to Yellowstone or elsewhere, really.  But, Yellowstone is so arid and prone to cold temperatures that there are only six reptiles that inhabit the park at all so its no wonder we never see them there.  As such, it was quite a treat! 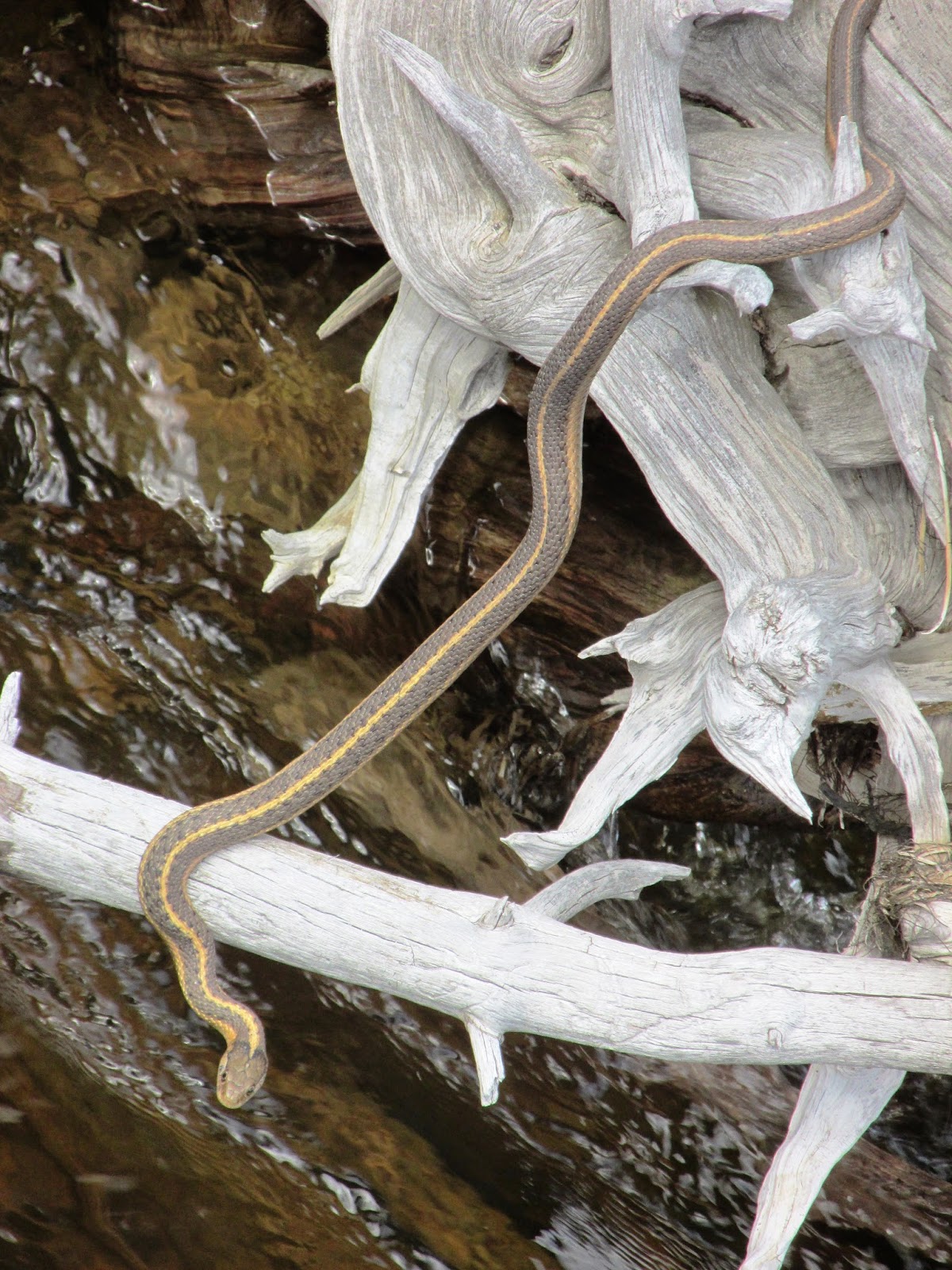 We saw one wolf trotting directly down the southbound lane of the road...with a traffic jam trailing along behind.  The wolf passed right by the window so we had the chance for a very close, but brief, look. 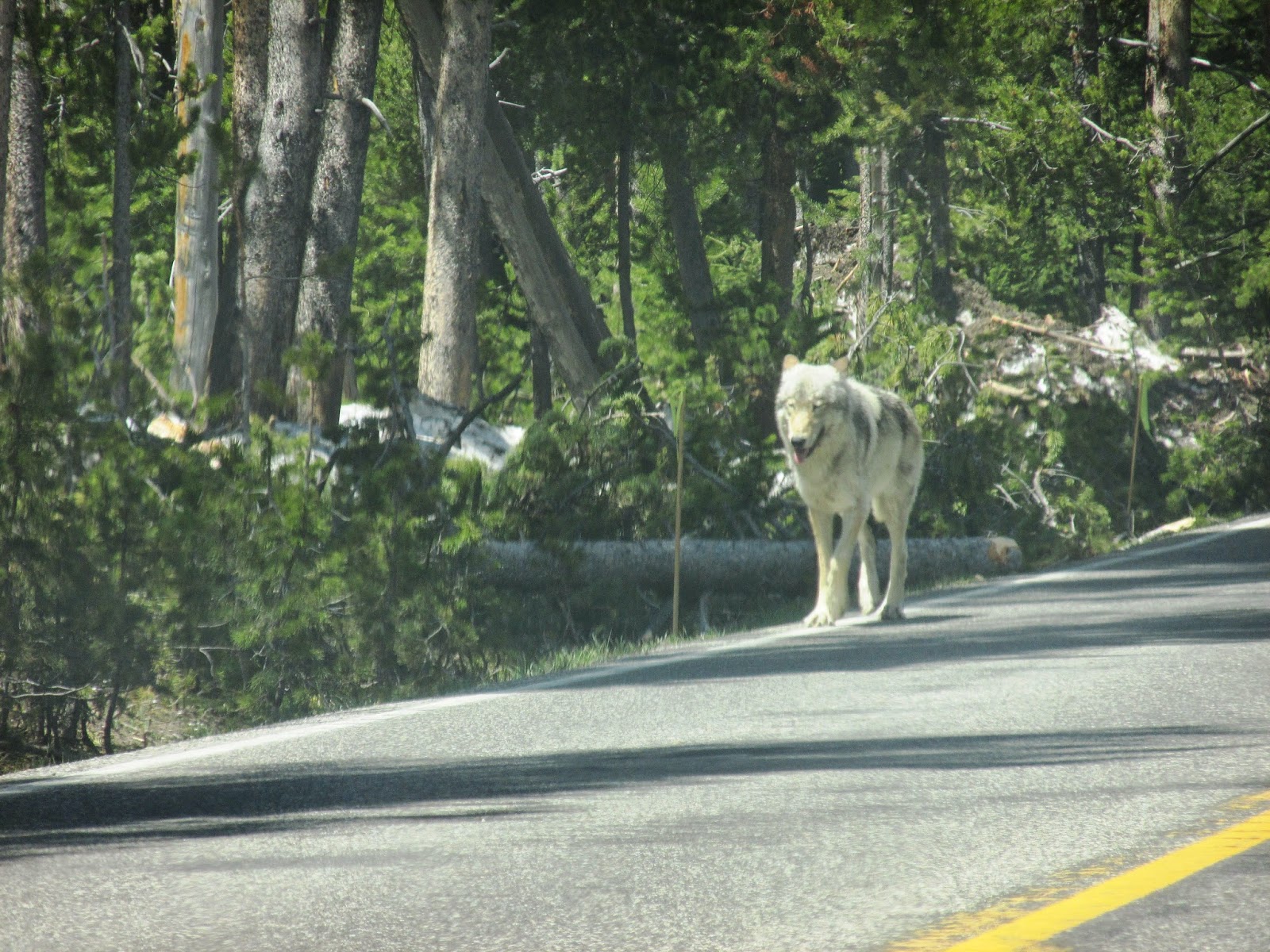 We added two more birds to our life list--the Cassin's Finch and Rufus Hummingbird.  Matt missed the hummingbird, but it gave me a quick little thrill.  It buzzed right past me while I was waiting for Matt to fill water jugs.  We hardly ever seen hummingbirds either. 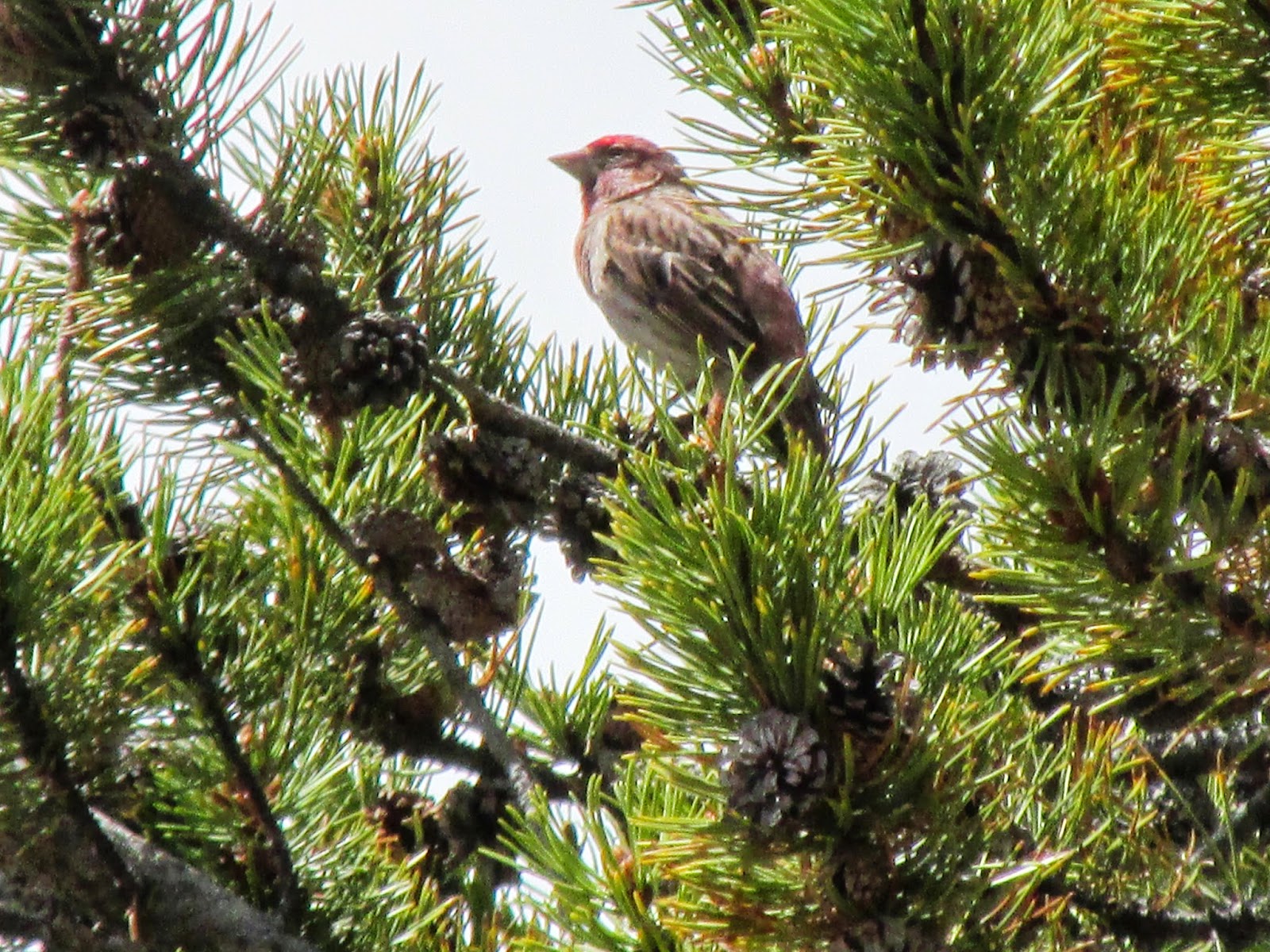 A couple of male Brown Headed Cowbirds were trying to show off to a single female, who by all appearances paid them no mind as they tried to out-do each other.  She just kept foraging in the opposite direction with a male she seemed to have already chosen.  The other males were persistent though tailing along behind them.  It was quite amusing to watch. 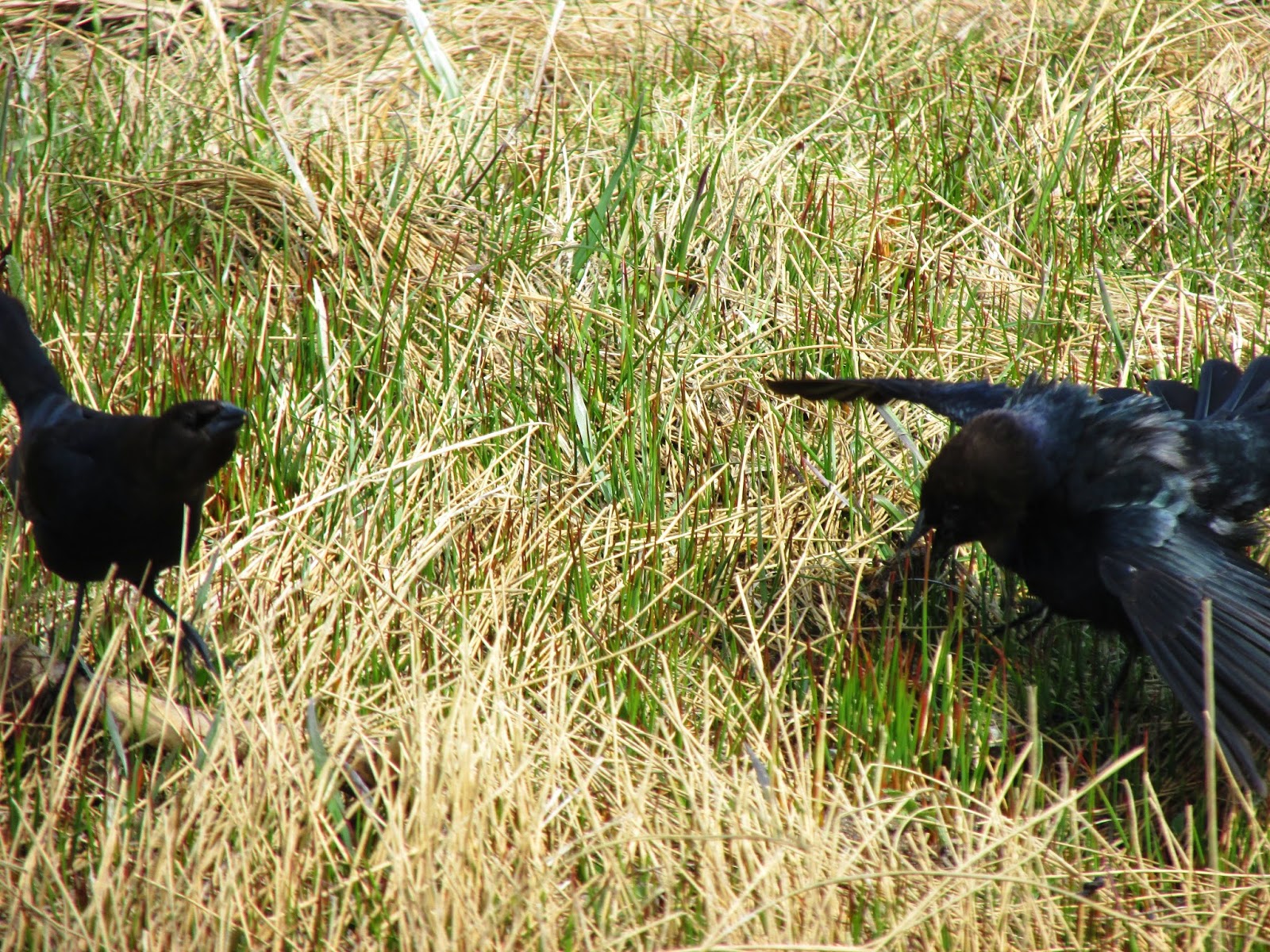 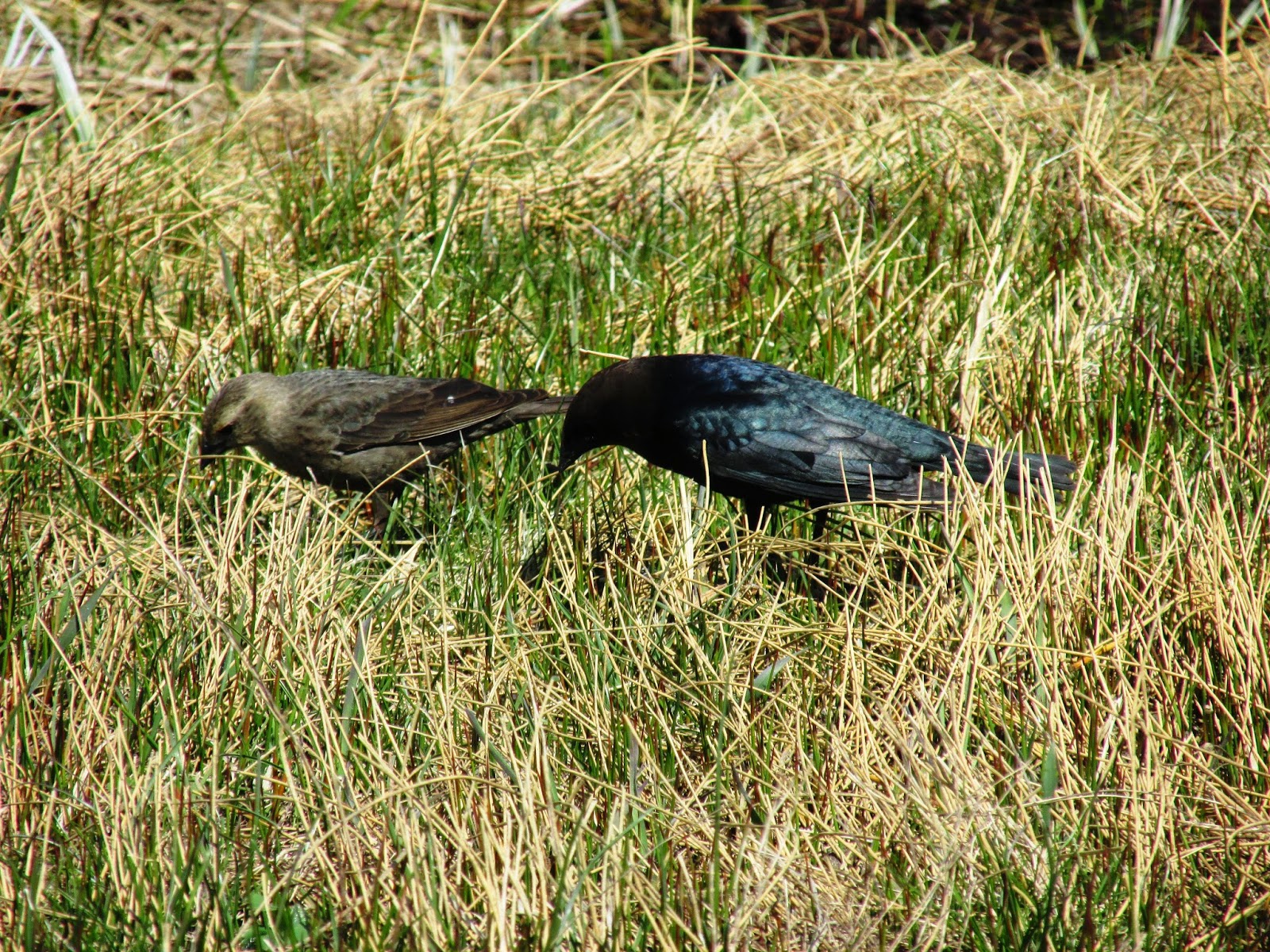 On our hike to Hellroaring Creek we got to watch a couple male antelope sparring with each other.  It was quiet enough to hear their antlers clacking together. 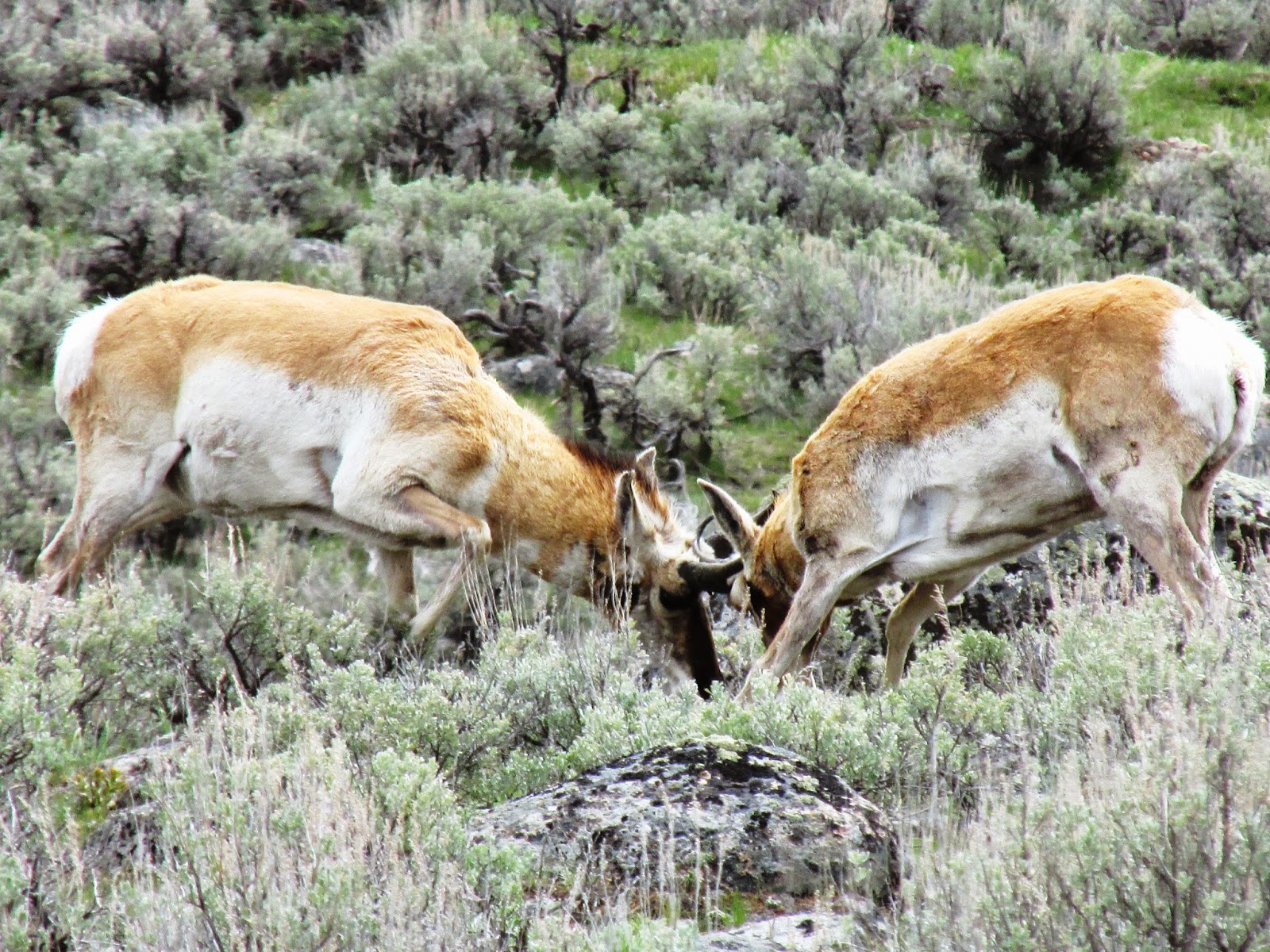 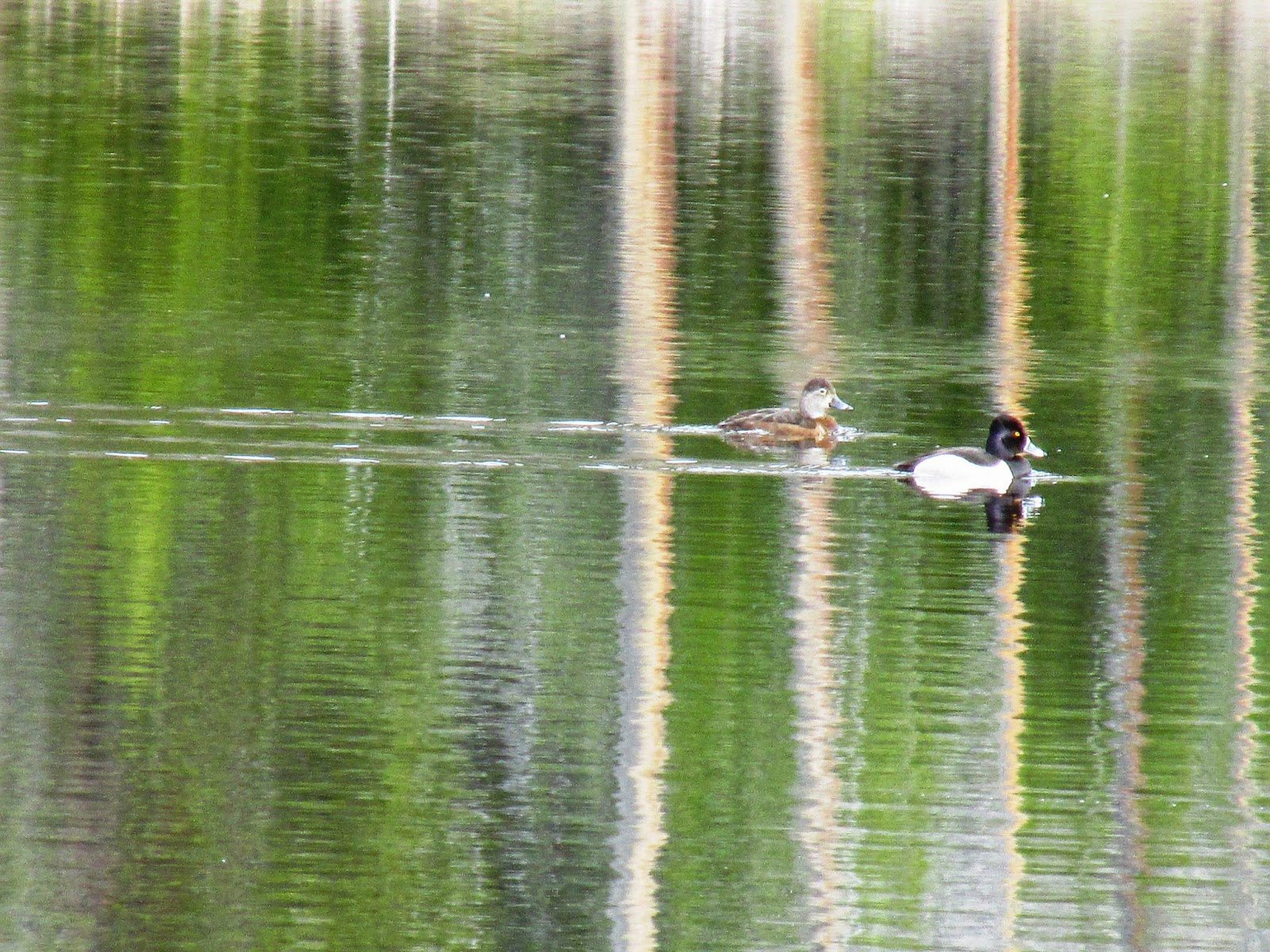 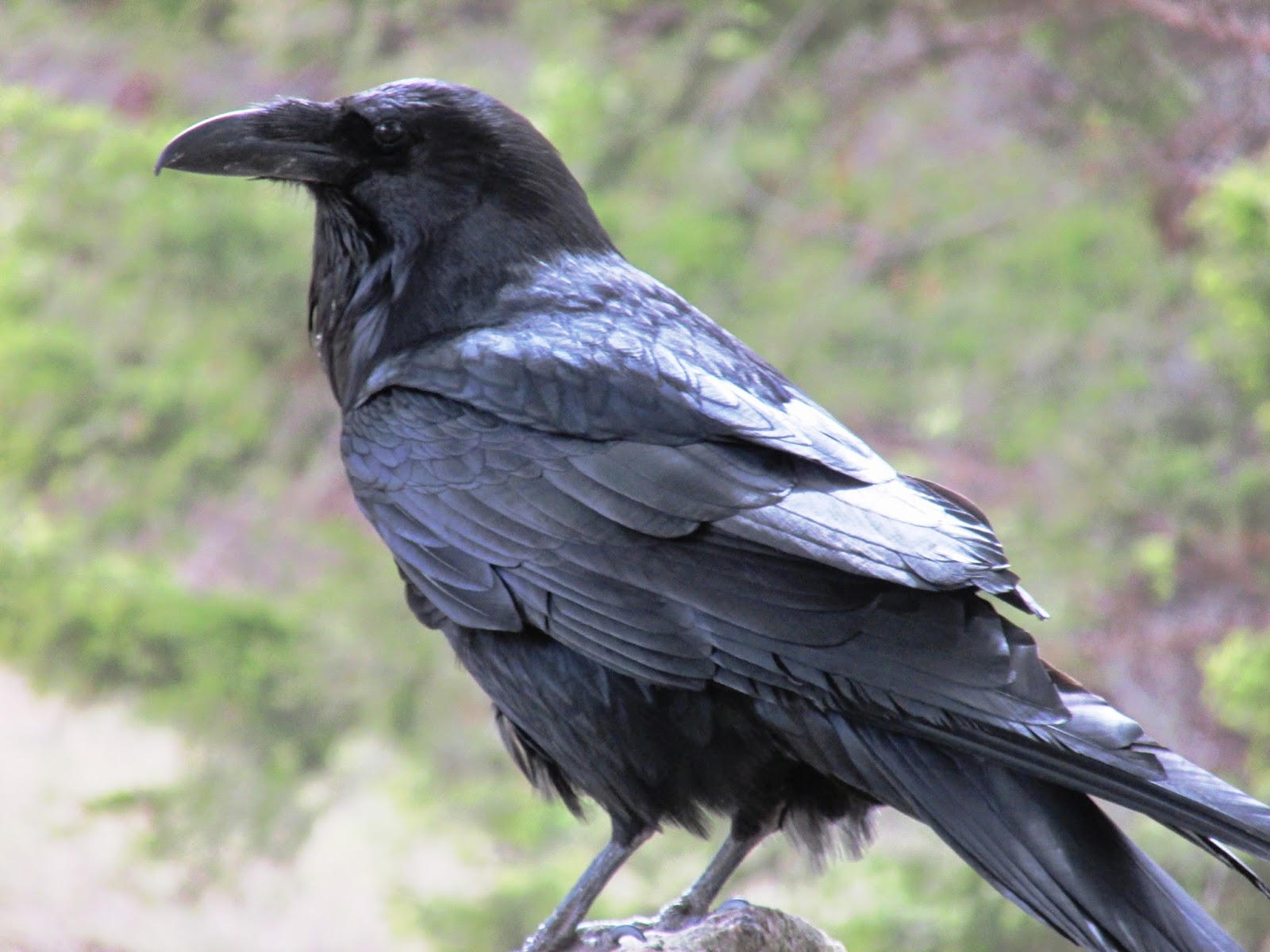 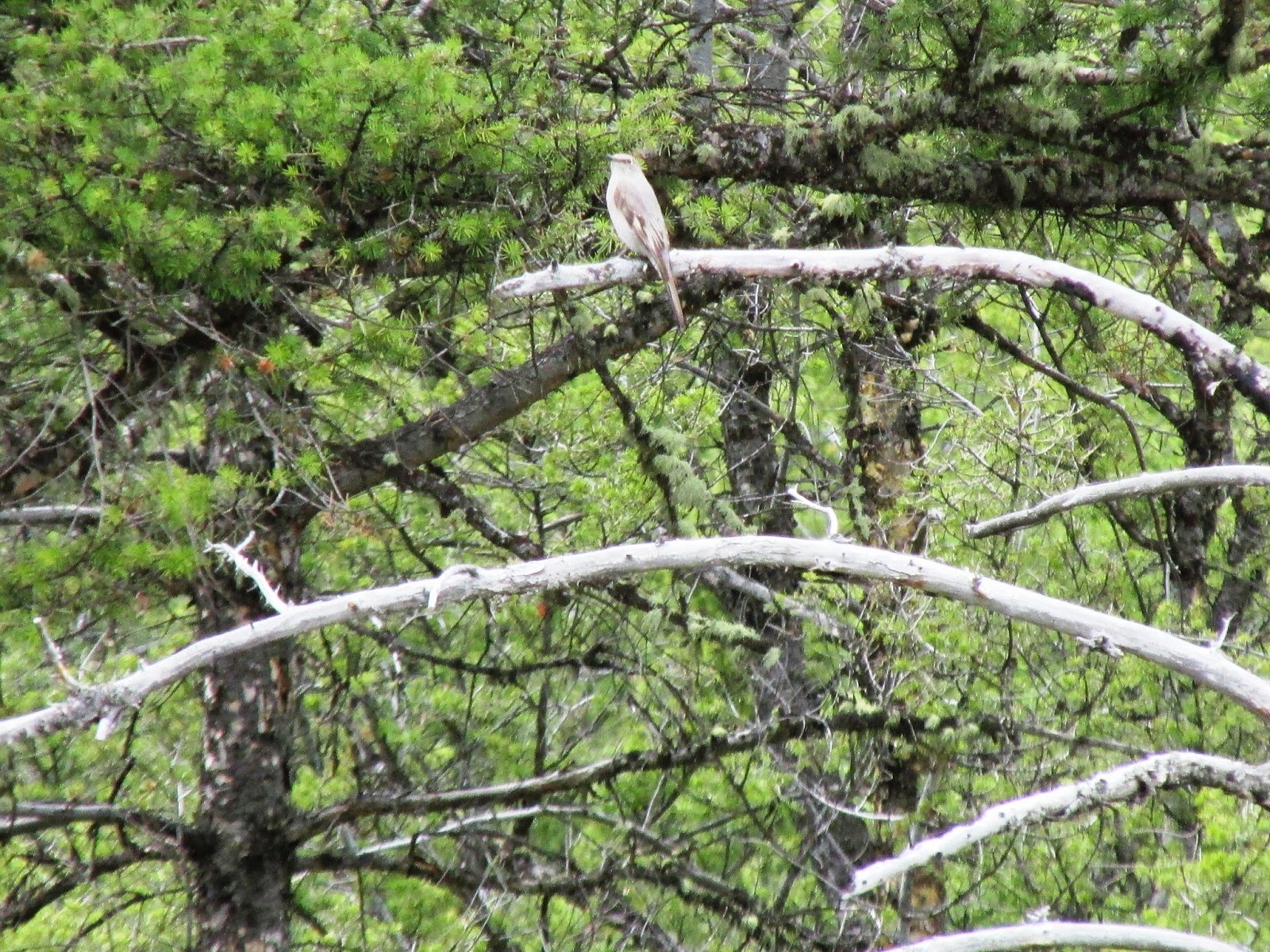 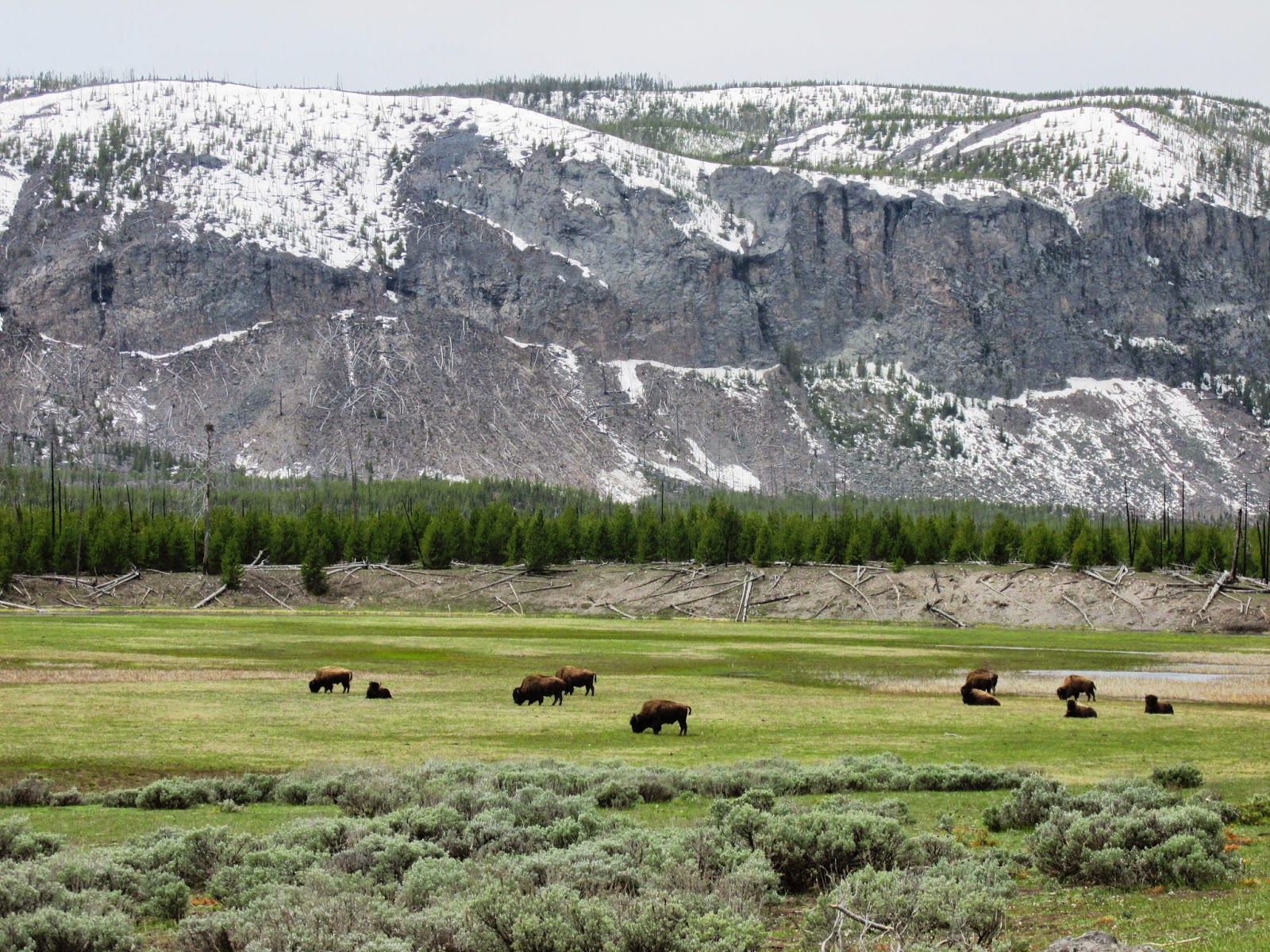 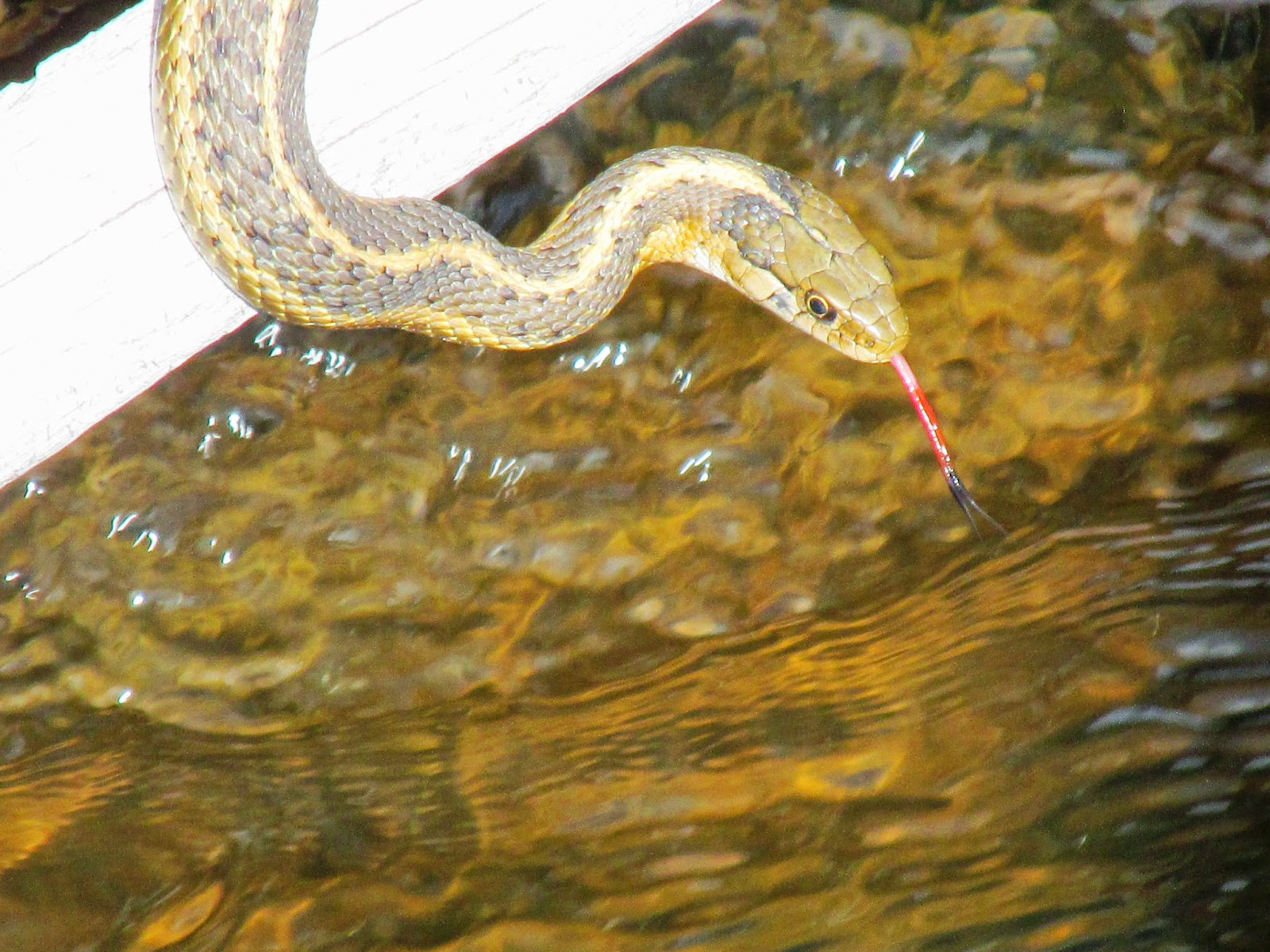