I tried to make soap.  I say "tried" because it ended in a total failure--the first time.

It all boils down to this:  I need to work on my math skills.

I mis-measured at least twice, maybe three times--doubling the amount of oil and reducing the amount of lye crystals to 1/10th of what was called for.  It was a metric thing.  And a an-ounce-can-be-a-measure-of-weight-or-liquid-volume-and-that-may-not-be-the-same thing.  And a Beth-being-absent-minded thing.

So, with too much oil and not enough lye it never set up.  I ended up with a couple tubs of infinitesimally congealed olive oil with a teeny-tiny skin of oil-covered soap on top.  It was the thickness of a playing card.  And since the mind-boggling alchemy of saponification hadn't really occurred this paper thin piece of soap was absolutely covered in oil which seemed like it wouldn't get you very clean.

I tried to think of a way to save it.  However, being not quite certain how much of each ingredient I had ultimately added we just decided to call it a loss and try again.  We filled up an old milk carton and tossed it in the trash.

Matt supervised my measuring on the second attempt which I was resentful of until I almost measured out three times as much lye as needed.  I was going to double check my measurements before adding everything together, but still, I guess his supervision may have been necessary.

And this second time it worked!  The soap is still curing, but it magically transformed into this beautiful, opaque white mixture the consistency of thick yogurt.  That never happened the first time.  And it is nice and firm in the molds now. 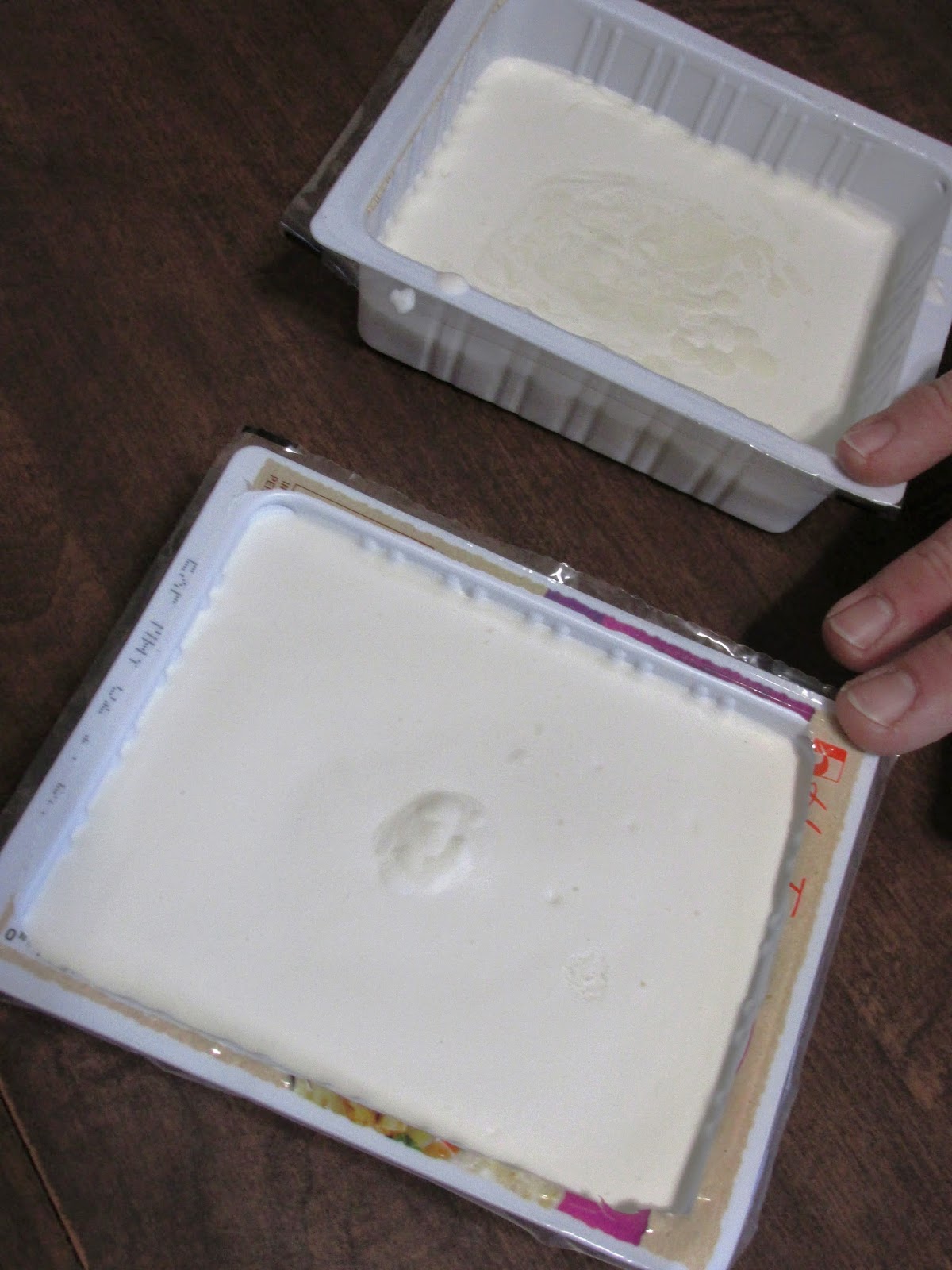 I can't wait to cut it and try it out.
By BLD in MT