Matt found a tiger salamander in the garden.  Apparently they are common in our area, but neither of us had ever seen one before.  As such, it was pretty darn exciting.  As I said recently, we see lots of mammals and birds, but almost never see reptiles and amphibians--possibly because I am not out flipping over rocks all that often. 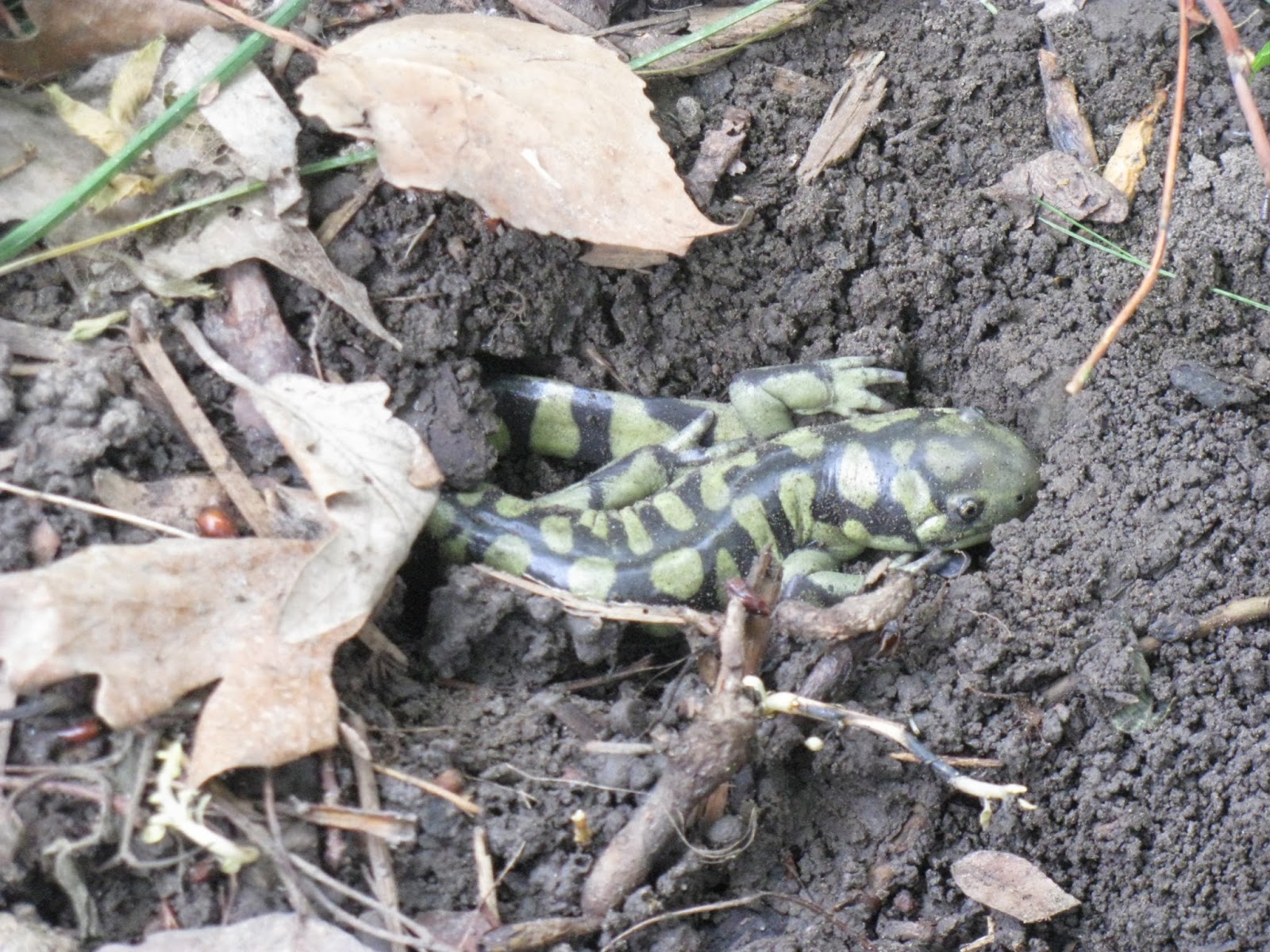 See, Matt was moving stones that had been piled up in a previously unused corner of the garden as he intended to start using it this year.  We're short on growing space at the moment in that overlap period where the spring garden is not quite yet finished, but the summer garden is ready to be put in.  So, the rocks had to go.

Matt lifted one up and said he had to do a double take.  He also momentarily thought it must be a toy, but oh no, with a second look he could see the salamander breathing!  It was the real deal.

Since the stone heap seemed to be inhabited Matt left a section of the bed covered in stones for our little amphibious neighbor, though we've not seen sight of the salamander in the last couple weeks.  Still, even a chance encounter was pretty remarkable.  Oh, those eyes!  And those fabulous markings! 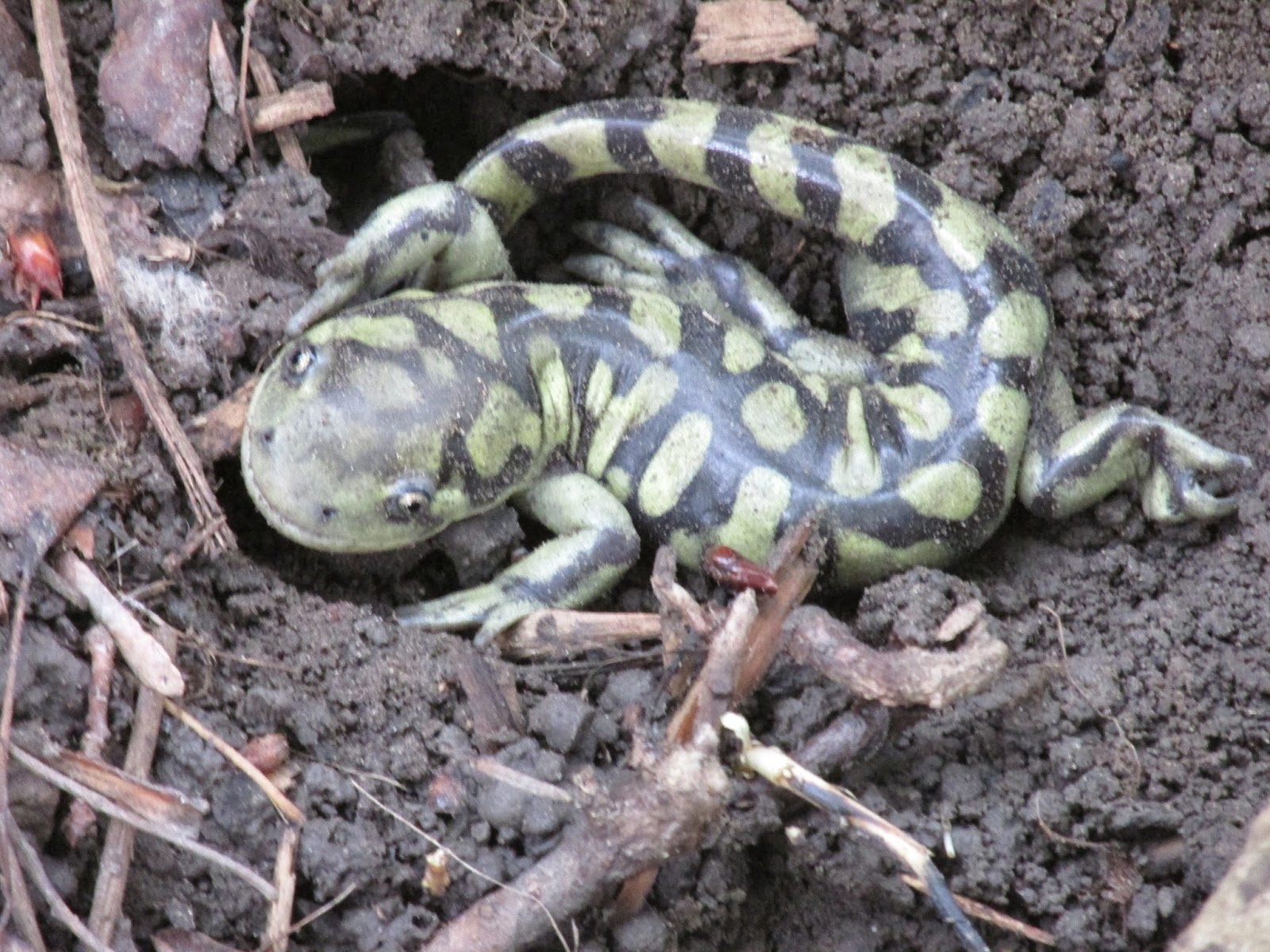 Mother Nature never ceases to amaze me.  Never.
By BLD in MT