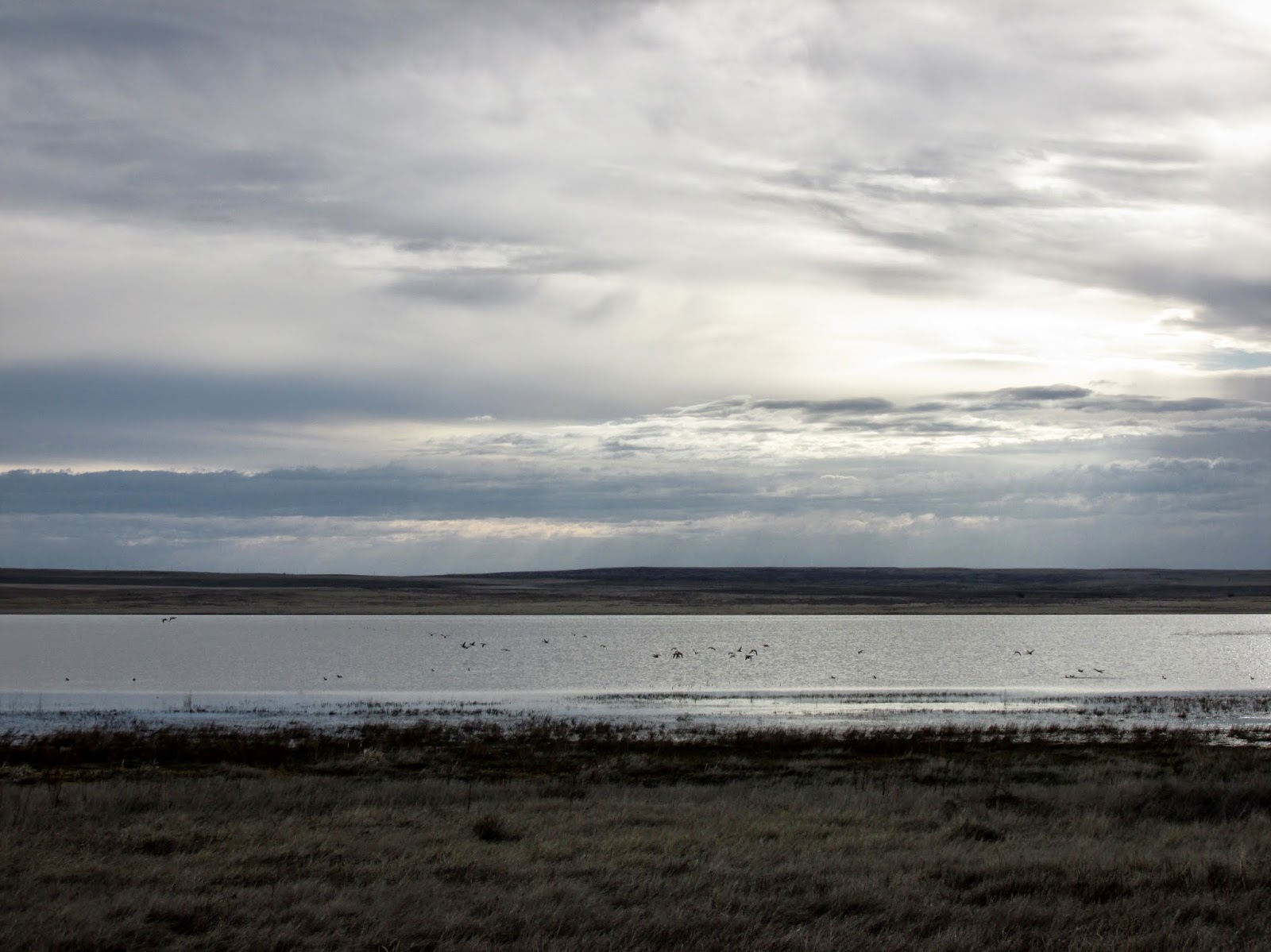 I can distinctly remember the first time Matt and I identified an American Avocet.  It was at the Lee Metcalf National Wildlife Refuge outside of Missoula, MT.  Matt took a liking to them immediately because they are partially orange and that is his favorite color.  We don't have many orange birds up here.  Brown birds galore, but limited brightly colored ones.  The avocets are also quite lithe and smooth-looking.  Quite striking with their black, white, and orange contrast. 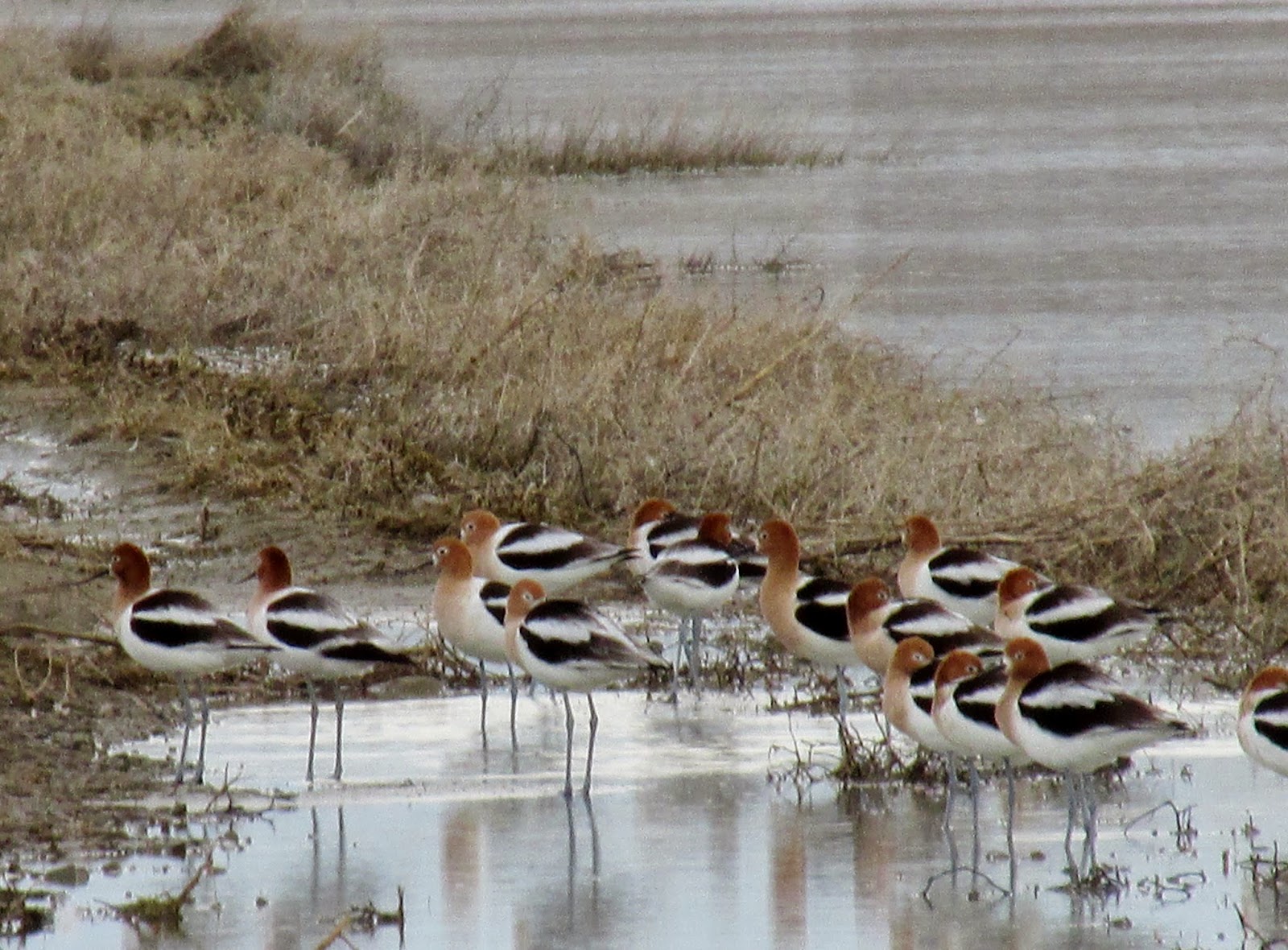 I can also remember the first time we saw the avocet without their breeding plumage.  We thought the pale creature must be a different bird for several minutes as we paged through our field guide.  Its a pretty incredible bird.  Well, frankly, they all are, if you ask me. 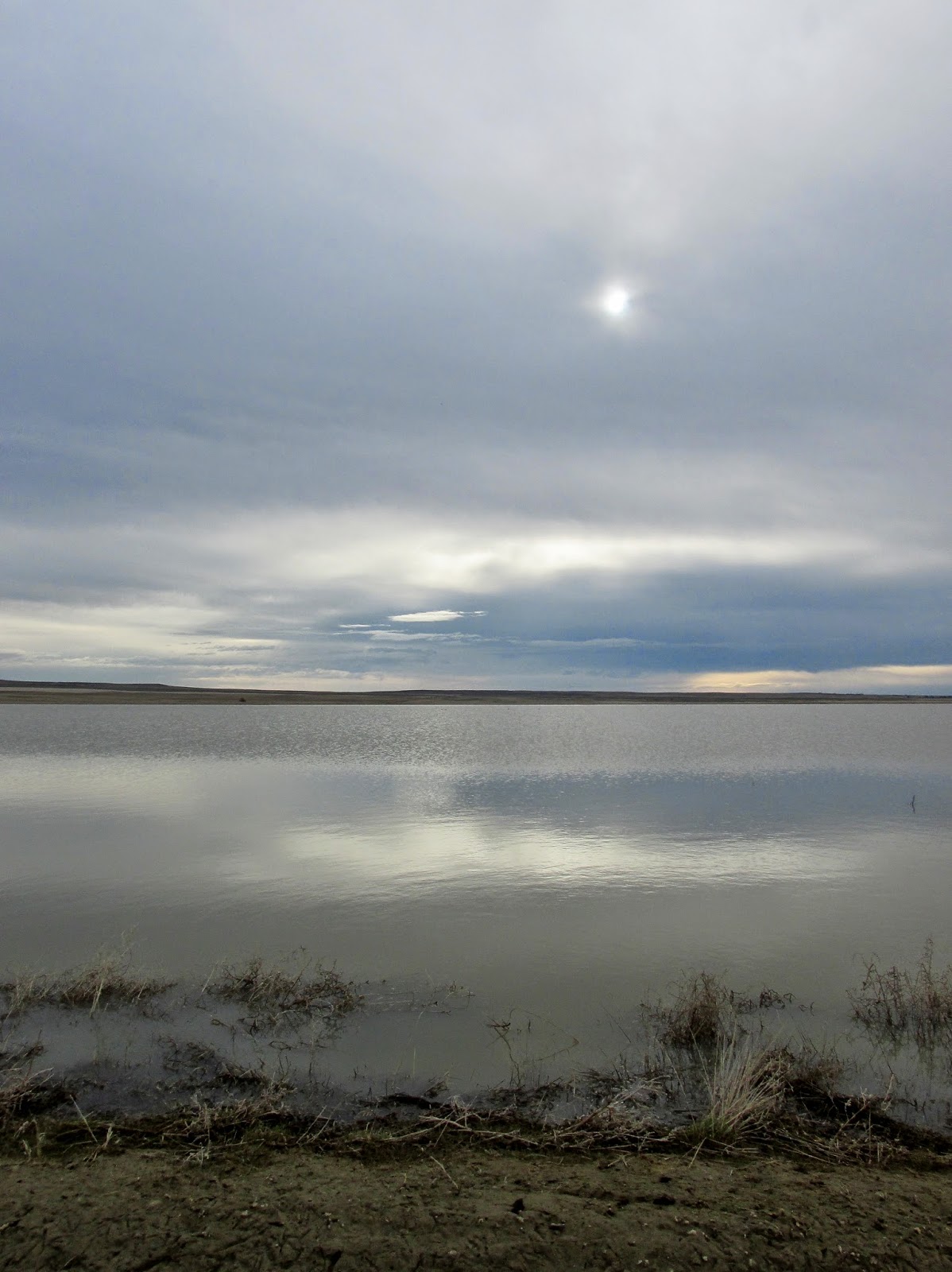 A couple months ago we went off to explore a new-to-us birding location called the Spidel Waterfowl Production Area.  Its a seasonal wetland area that is used by migrating and breeding birds during the spring and early summer when the area is flooded.  Its also just a hop, skip, and a jump from home so we went to check it out on a morning excursion.  We'd never heard of it before this year though.  I cannot even recall where I first read about it now...  Oh well, that is not important. 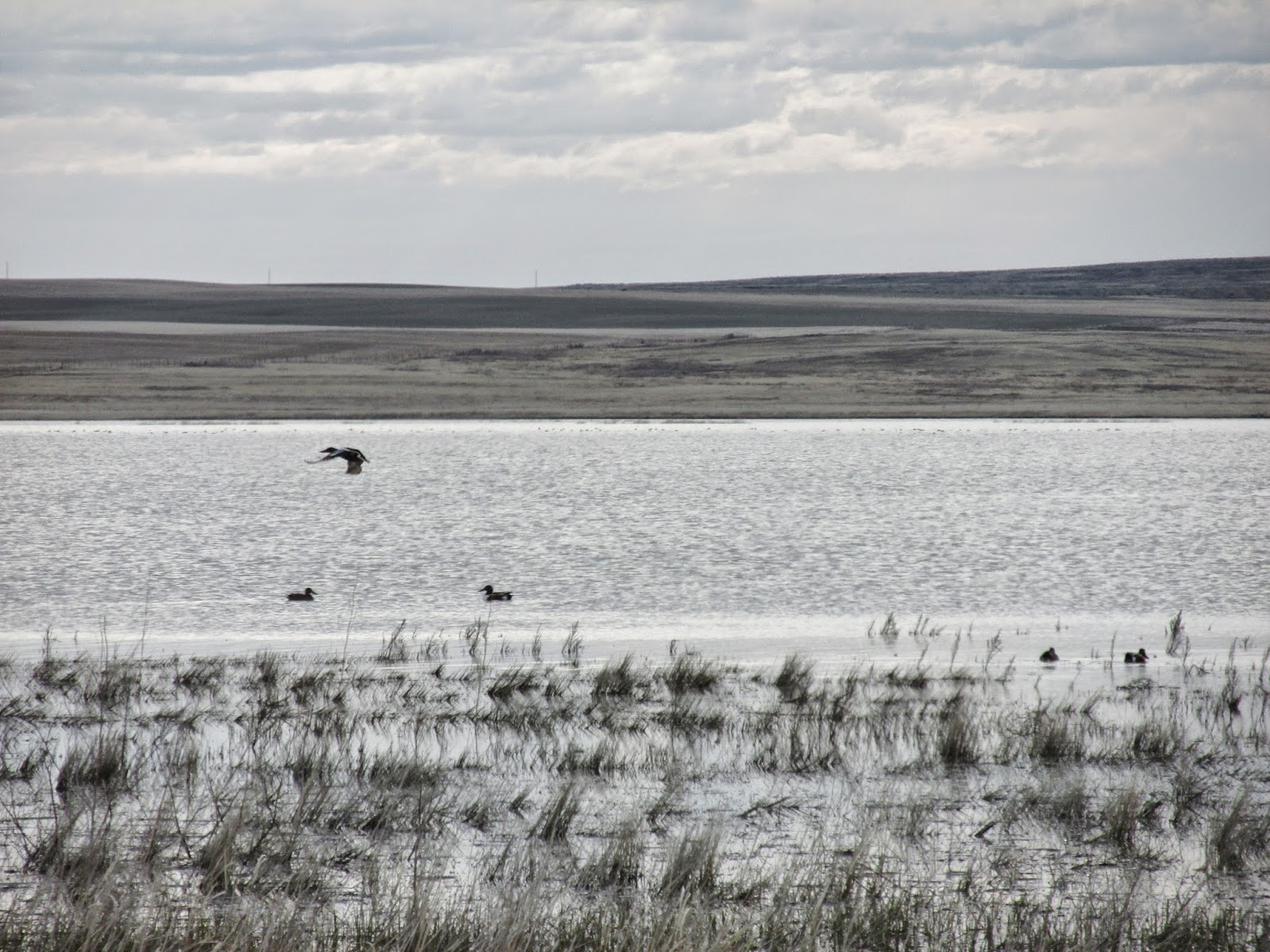 Making our way through the WPA we didn't see an incredible diversity of birds, but we sure did see an impressive quantity of them.  There were red-winged black birds, coots, and shovelers each by the hundreds.  Red-winged Black Birds have a fabulous way of puffing themselves up as they release their ruckus call.  Coots have awesome feet.  Shovlers, as the name implies, have broad bills perfectly suited to digging around in the muck.  We also saw some western meadowlarks and ring-billed gulls. 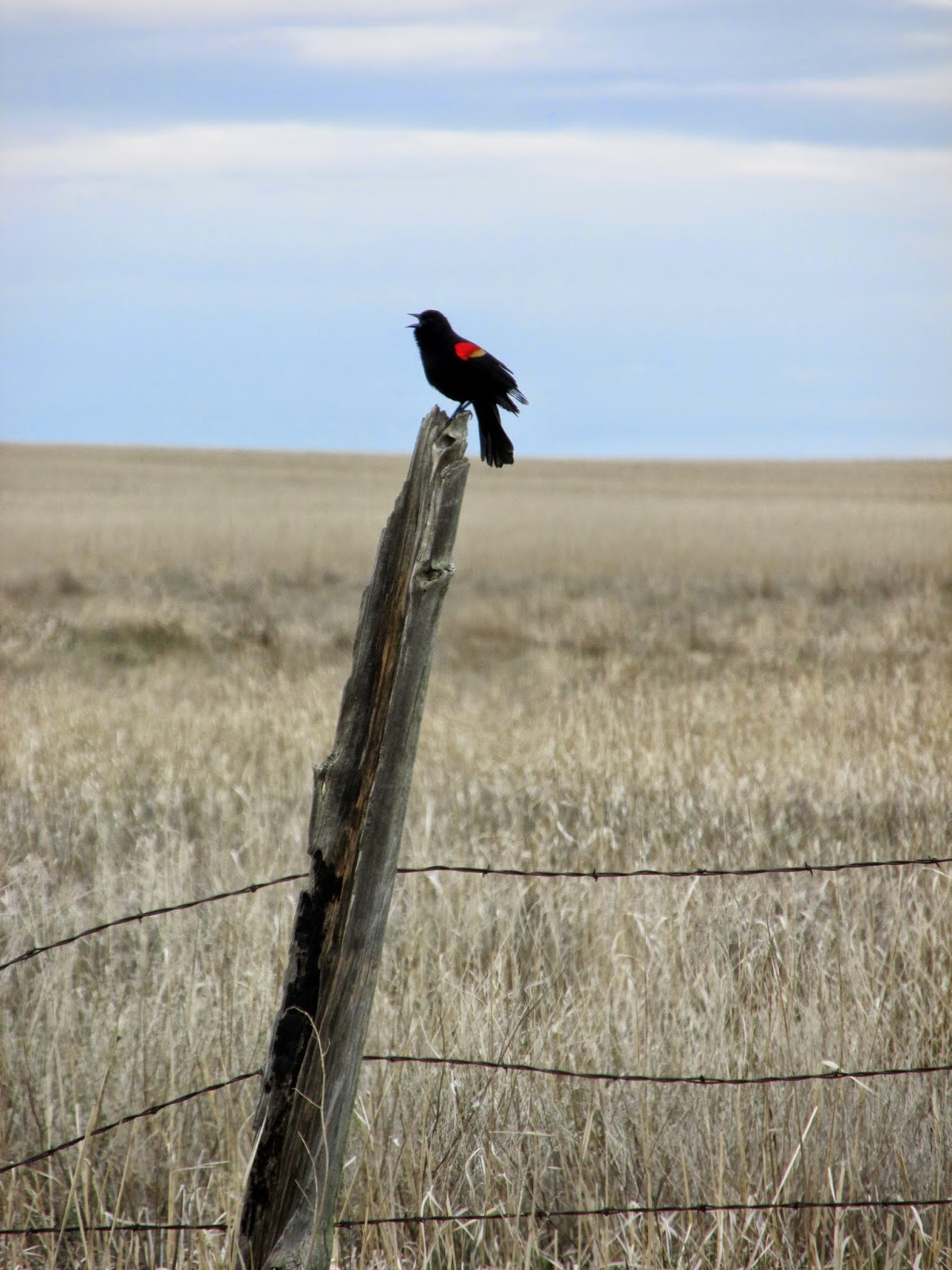 As we continued on the dirt track nestled between two large ponds Matt and I simultaneously spotted something down the road a ways.  As we looked through our binoculars we realized that it was a flock of avocets.  Most had their heads tucked under their wings, resting, it appears.   When we see avocets they are usually in a group and this was certainly the case at Spidel.  There were easily two dozen of them standing along the roadside.  One alone would be interesting enough, but all the better by the dozen, I say. 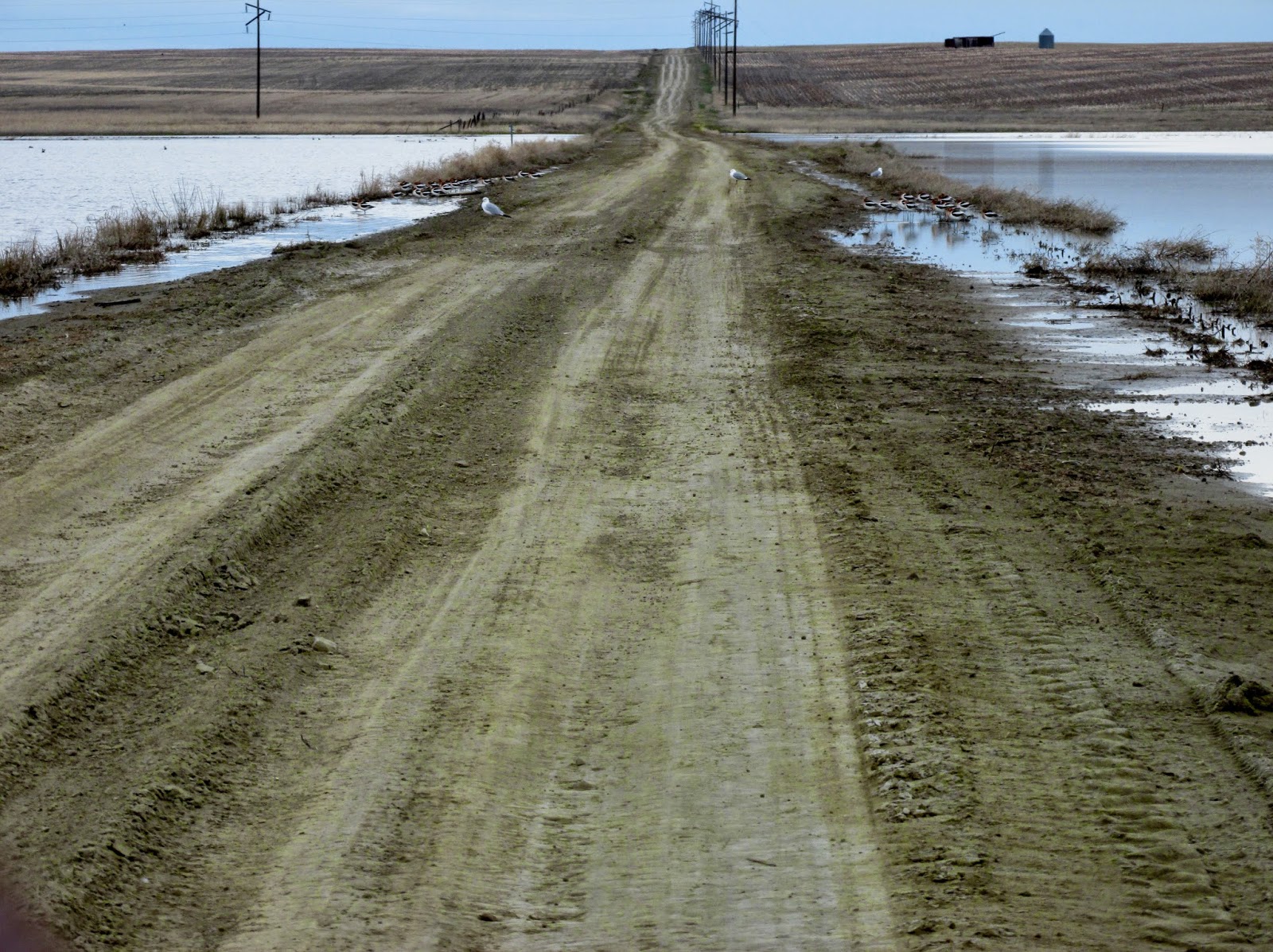 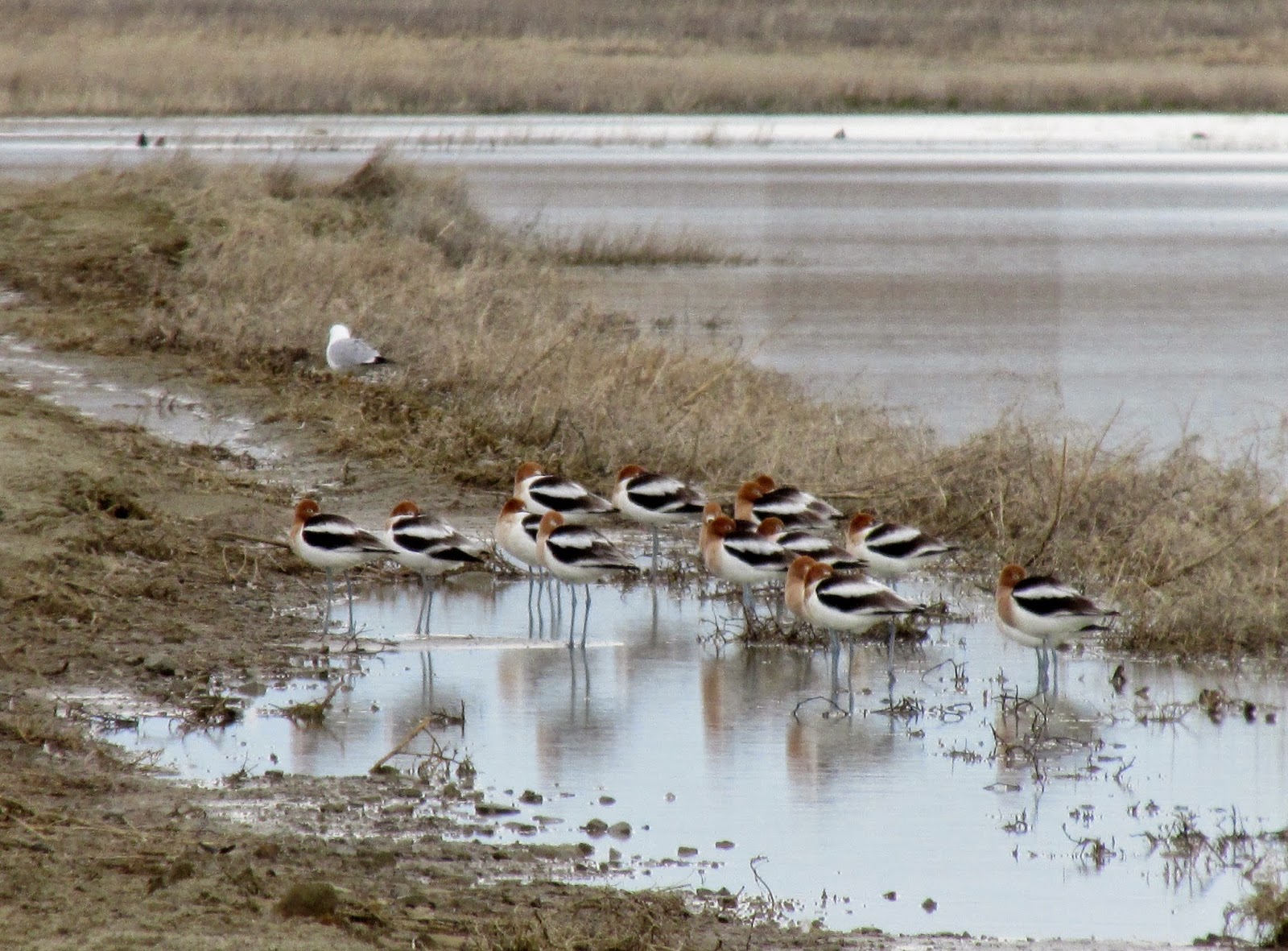 They ultimately took flight as we watched and made a swirling flight over the pond all the while making an incredible mass peeping noise that neither Matt nor I had ever heard before (There is a recording on the avocet link above under "excited group calling," in case you're interested). 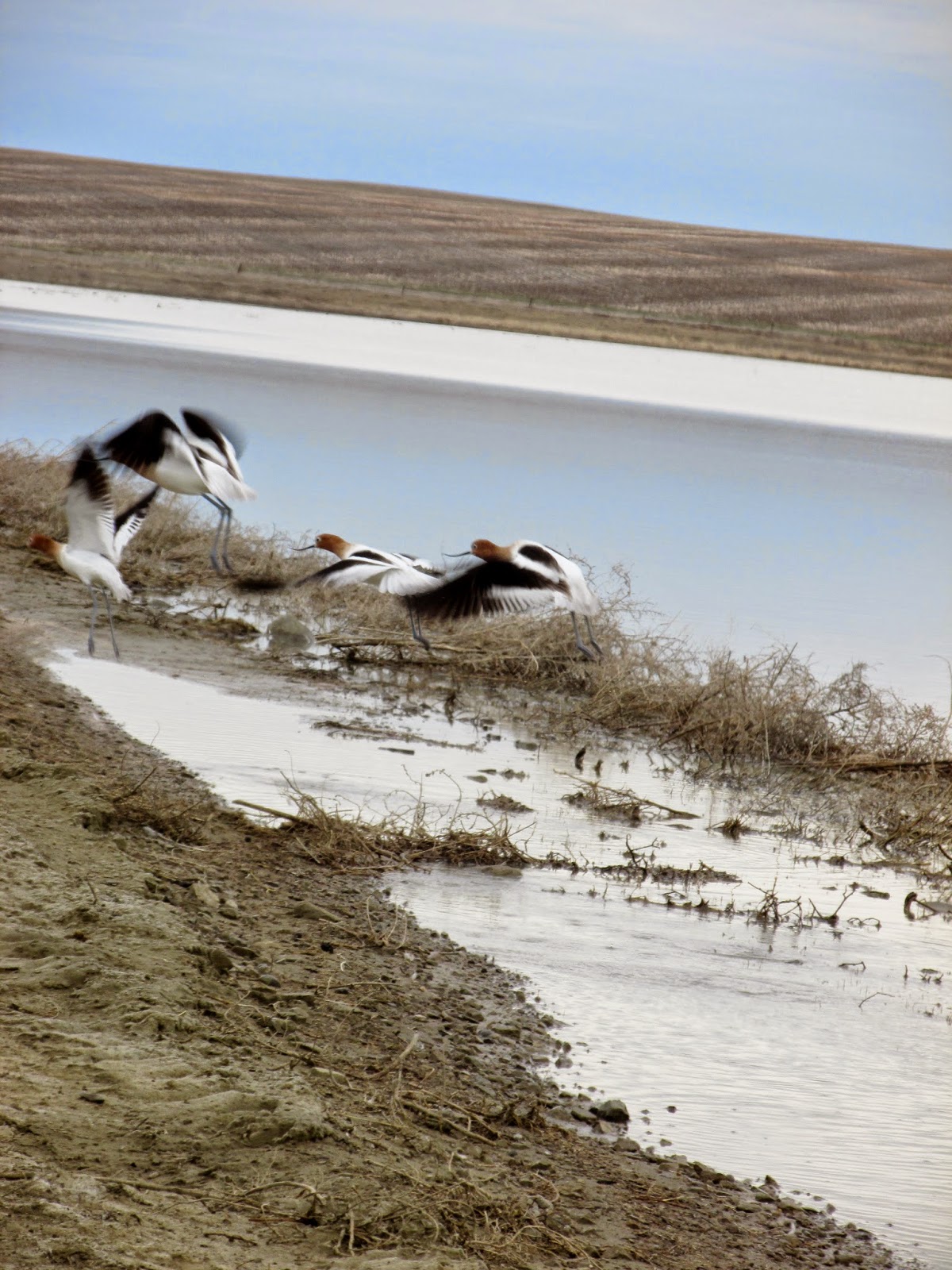 It was pretty breathtaking to behold.  I wish I could fly like that. 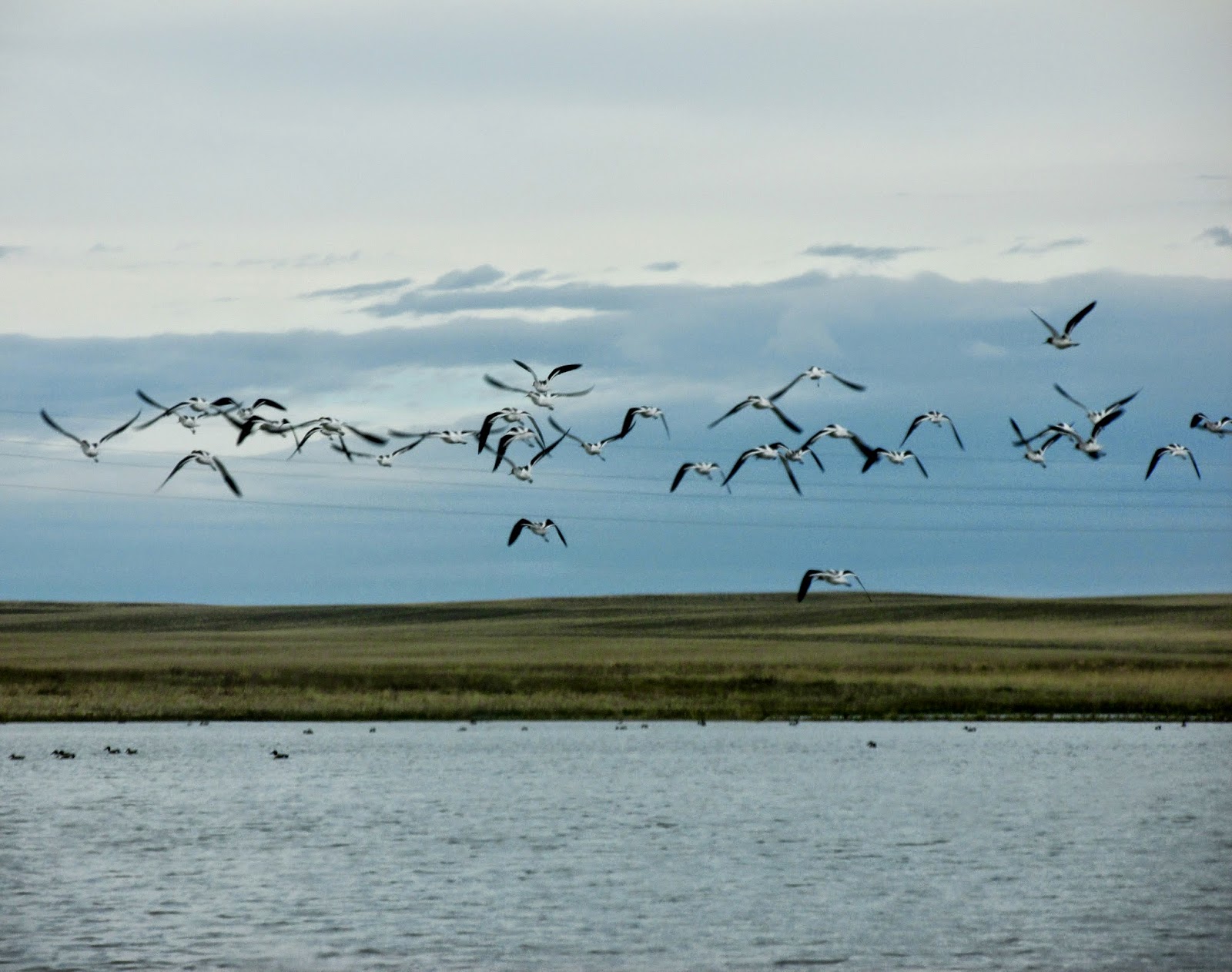 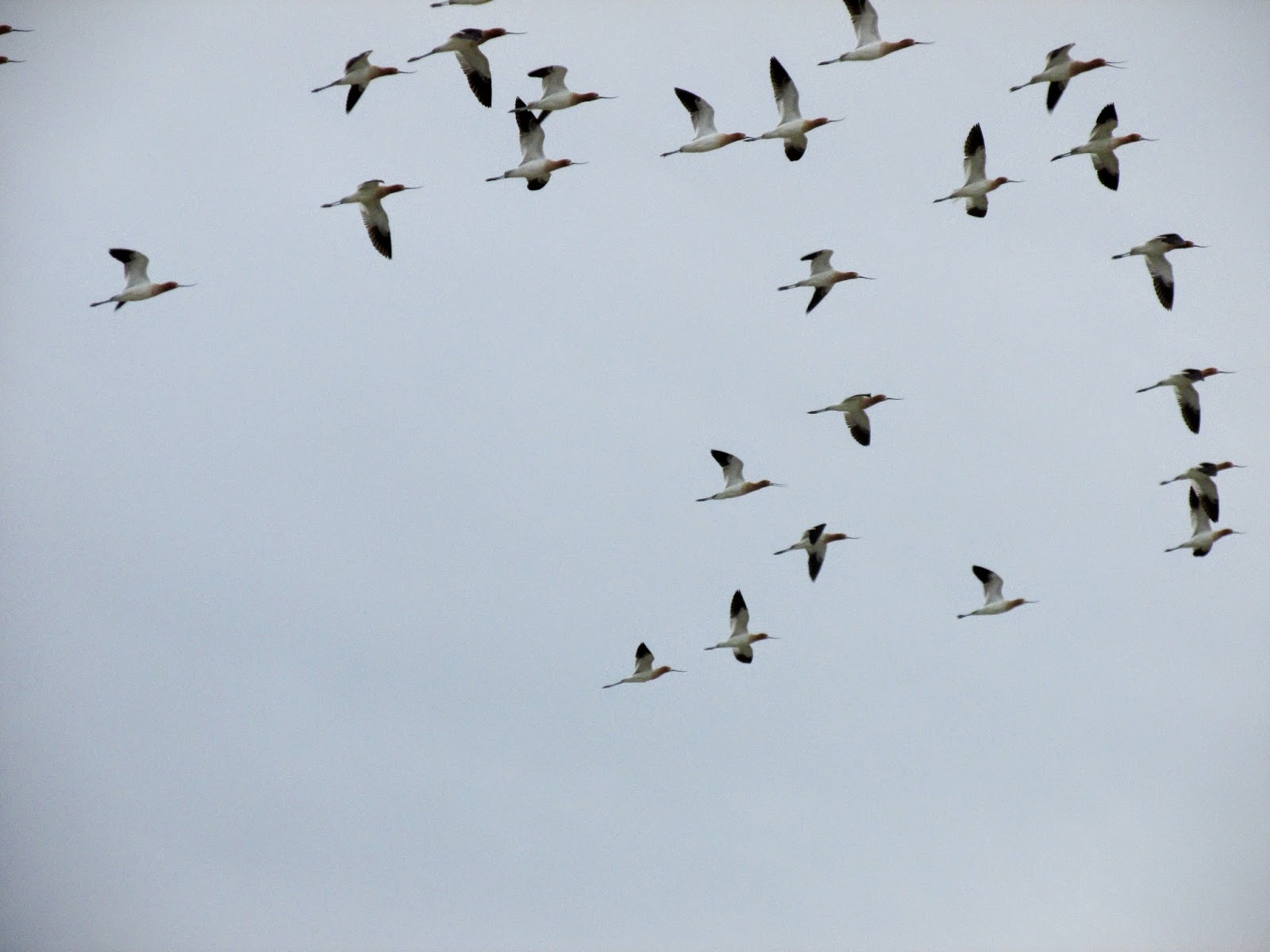 So Spidel proved to be a fun place to while away the morning. I wouldn't describe it as a real birding hot spot or anything, but it did give us a morning of watching avocets.  That is always a winner in my book.  We will go back again next spring. 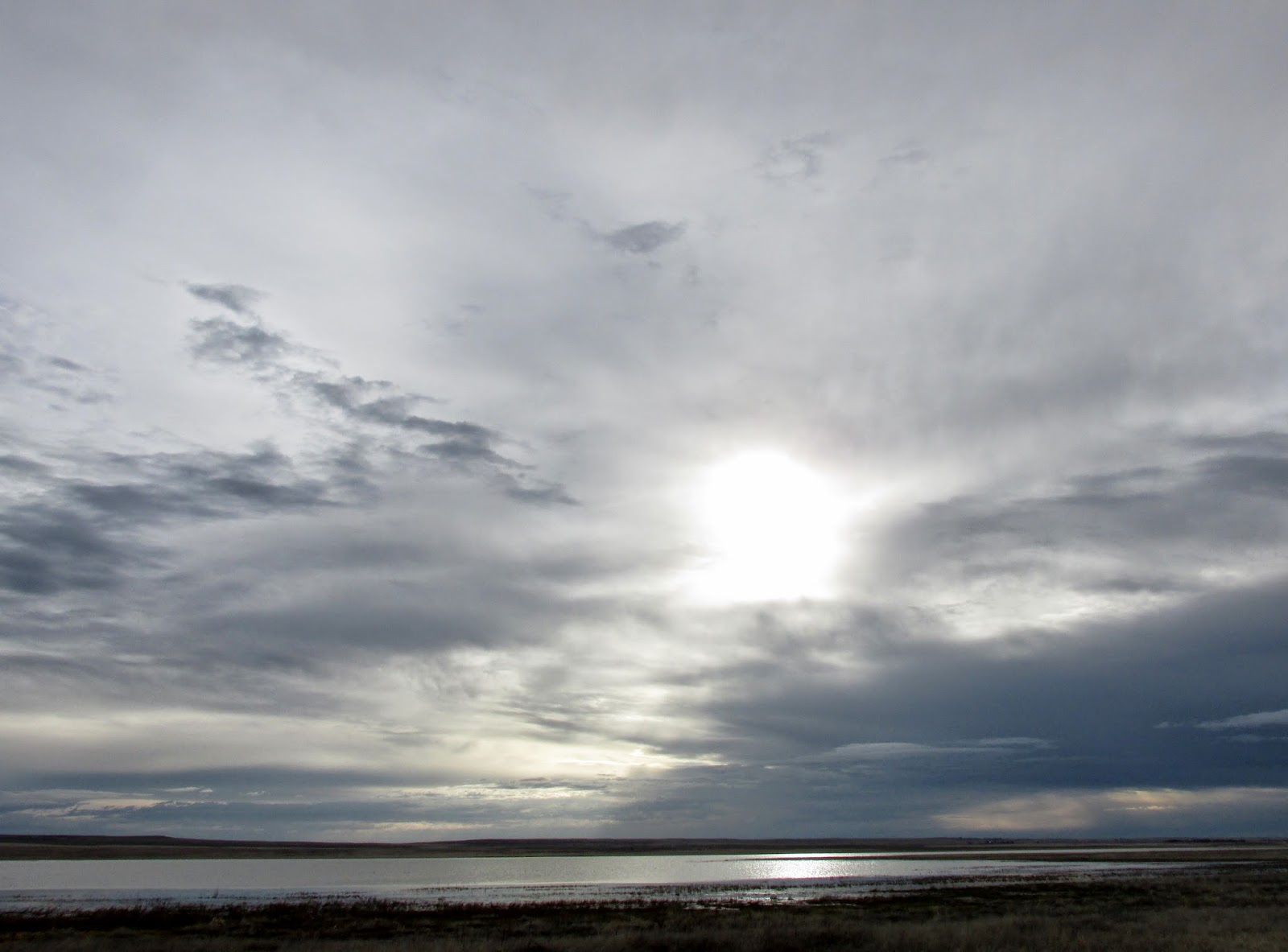 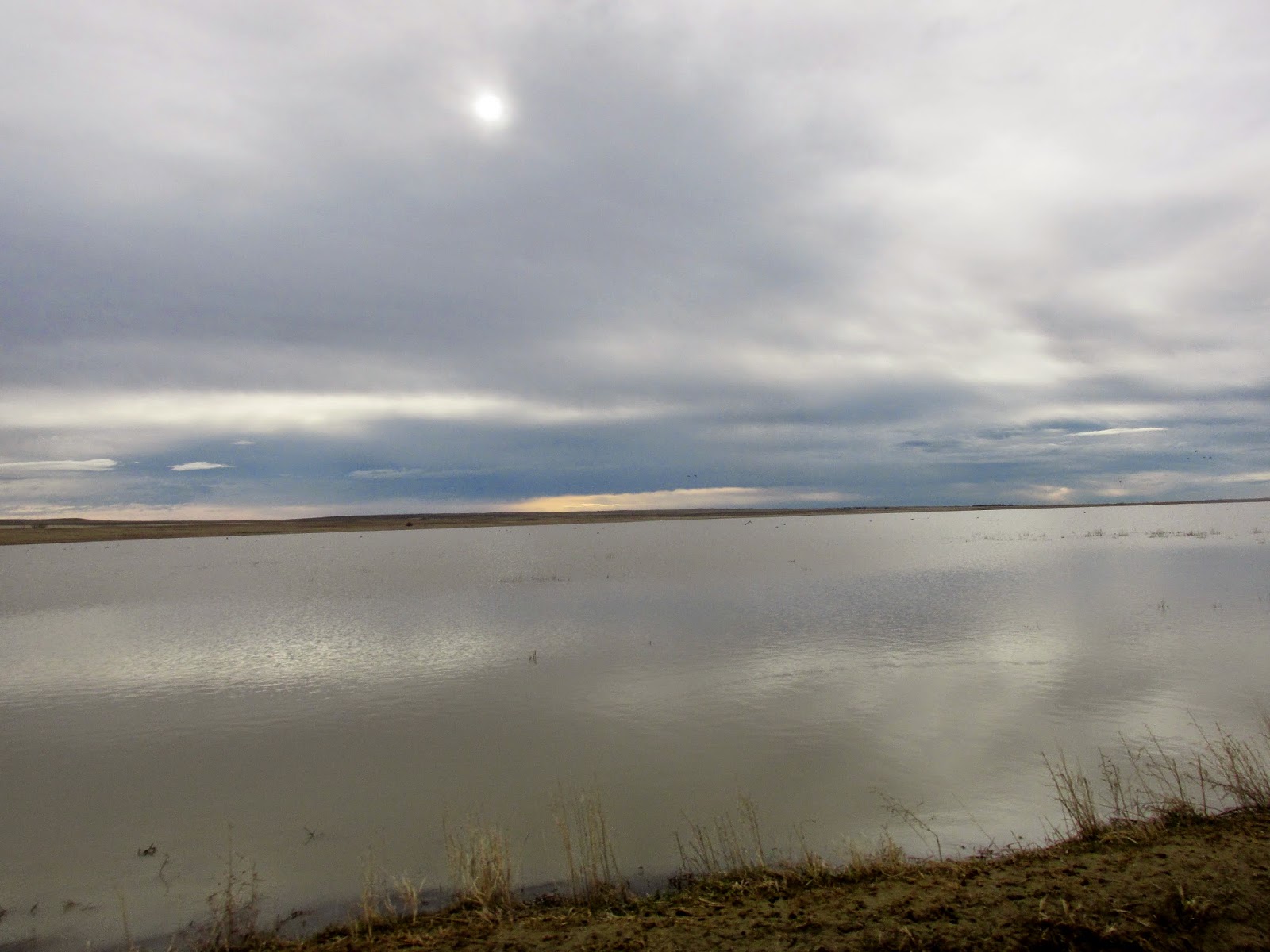 (By the way, spell check is pretty sure that "avocet" should really be "avocado."  It makes me smile when that happens.)
By BLD in MT