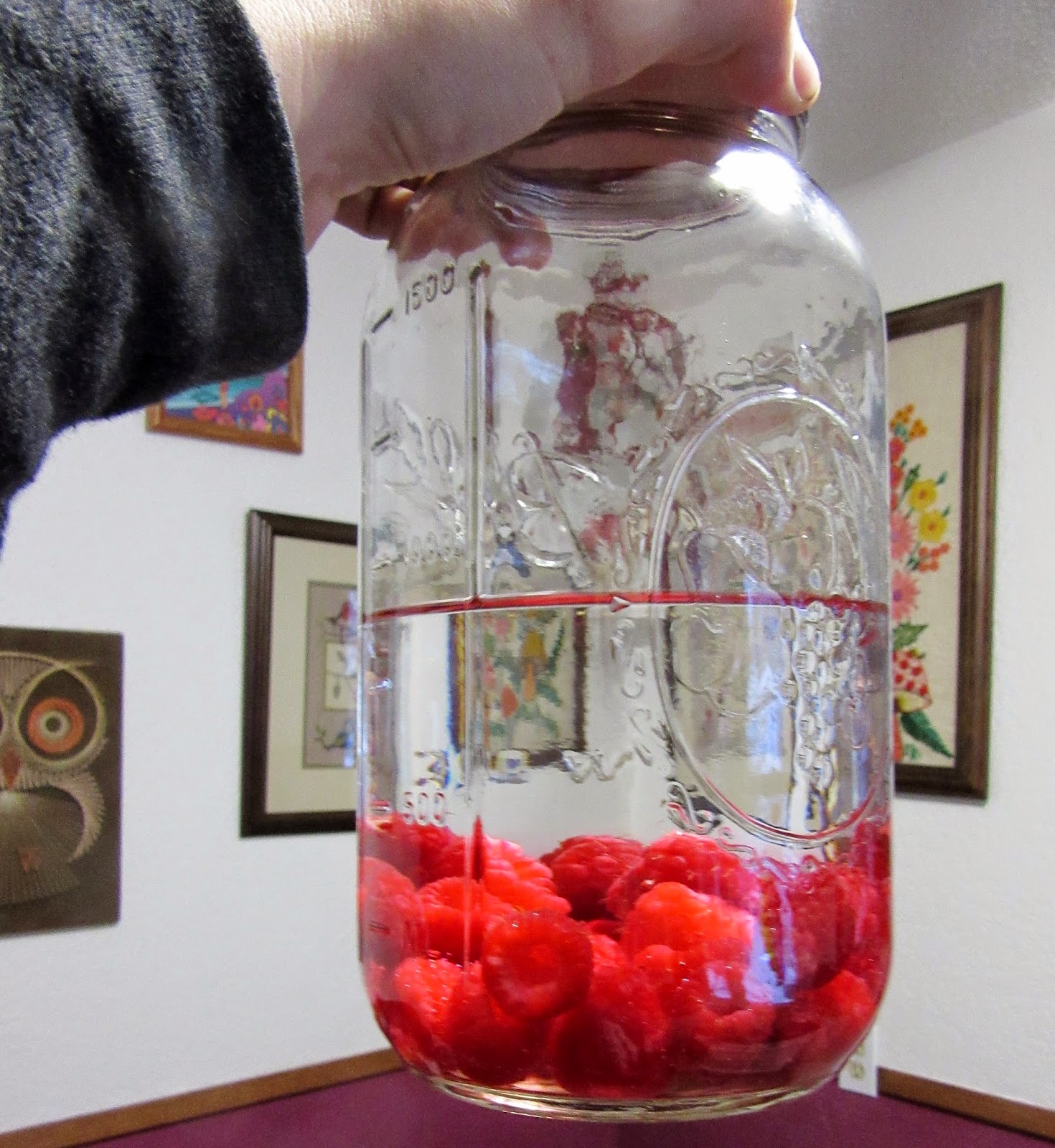 Some years back Matt got a book on infusing alcohol from his brother, Ryan, for Christmas.  Its called The Home Distiller's Handbook: Make Your Own Whiskey and Bourbon Blends, Infused Spirits and Cordials.  The name is a little mis-leading, if you ask me, since you don't really distill anything at home.  The sub-title is the more accurate.  Regardless of title though, its a nifty little book.  This past Christmas we put it to use for making gifts, primarily for Matt's brothers.  We always try to give homemade gifts as much as possible.  It turned out to be a well received and interesting-to-make gift indeed. 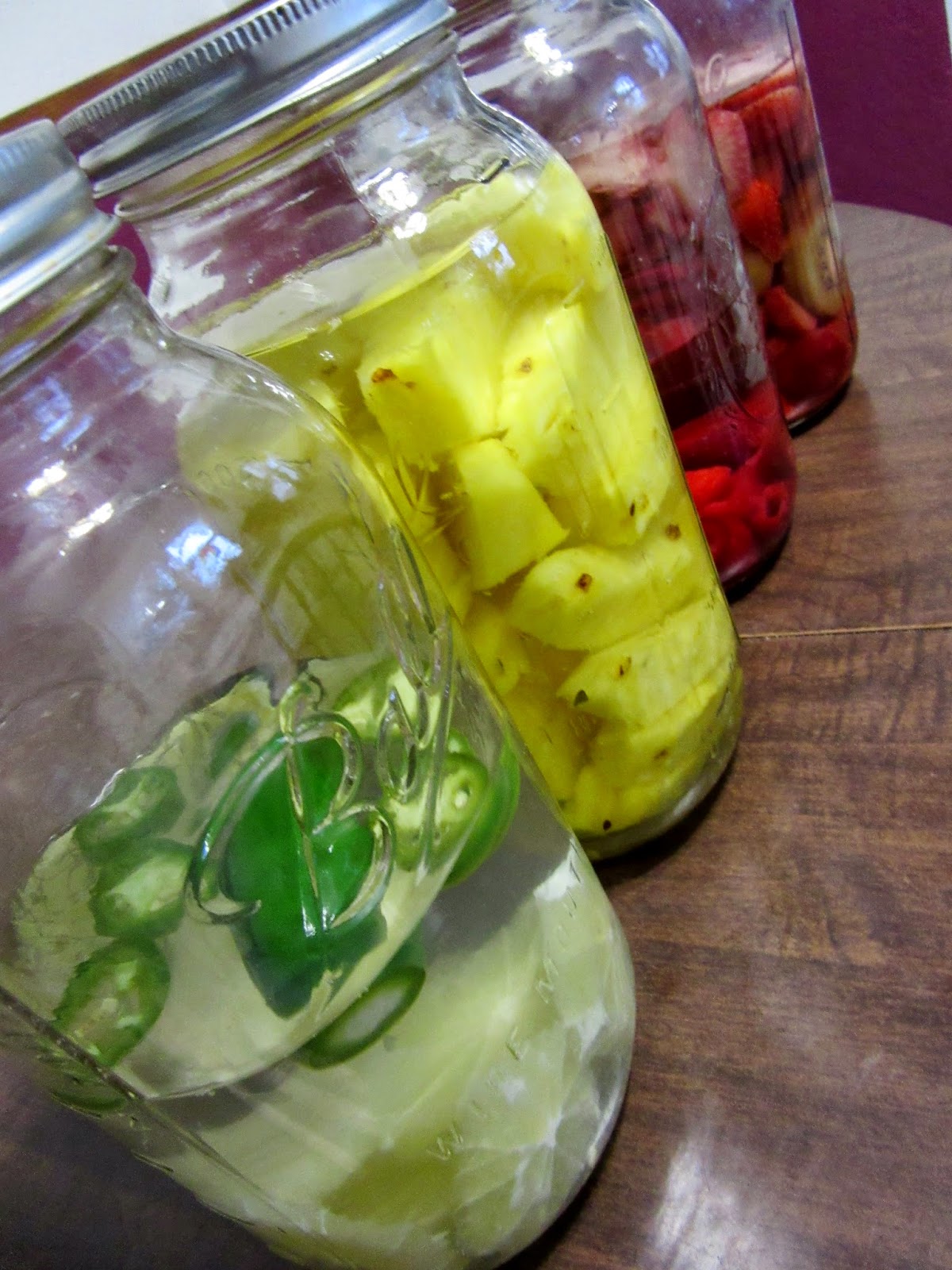 Matt purchased a bottle of locally made vodka and a bottle of decidedly unlocal tequila.  I don't know of any local tequila makers.  Not yet anyways.  In any case, we took the alcohol and split it up somewhat evenly between four half-gallon mason jars. 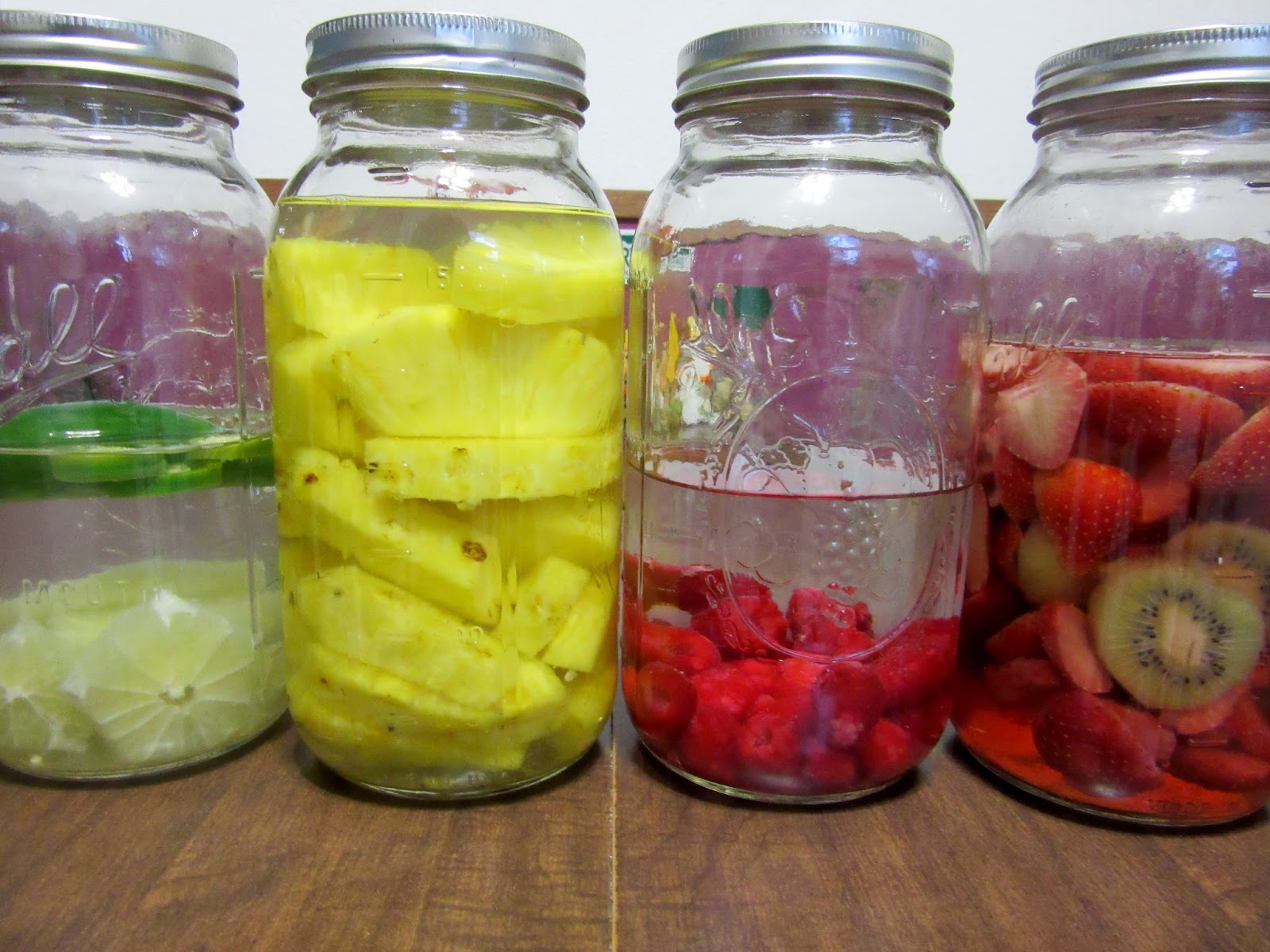 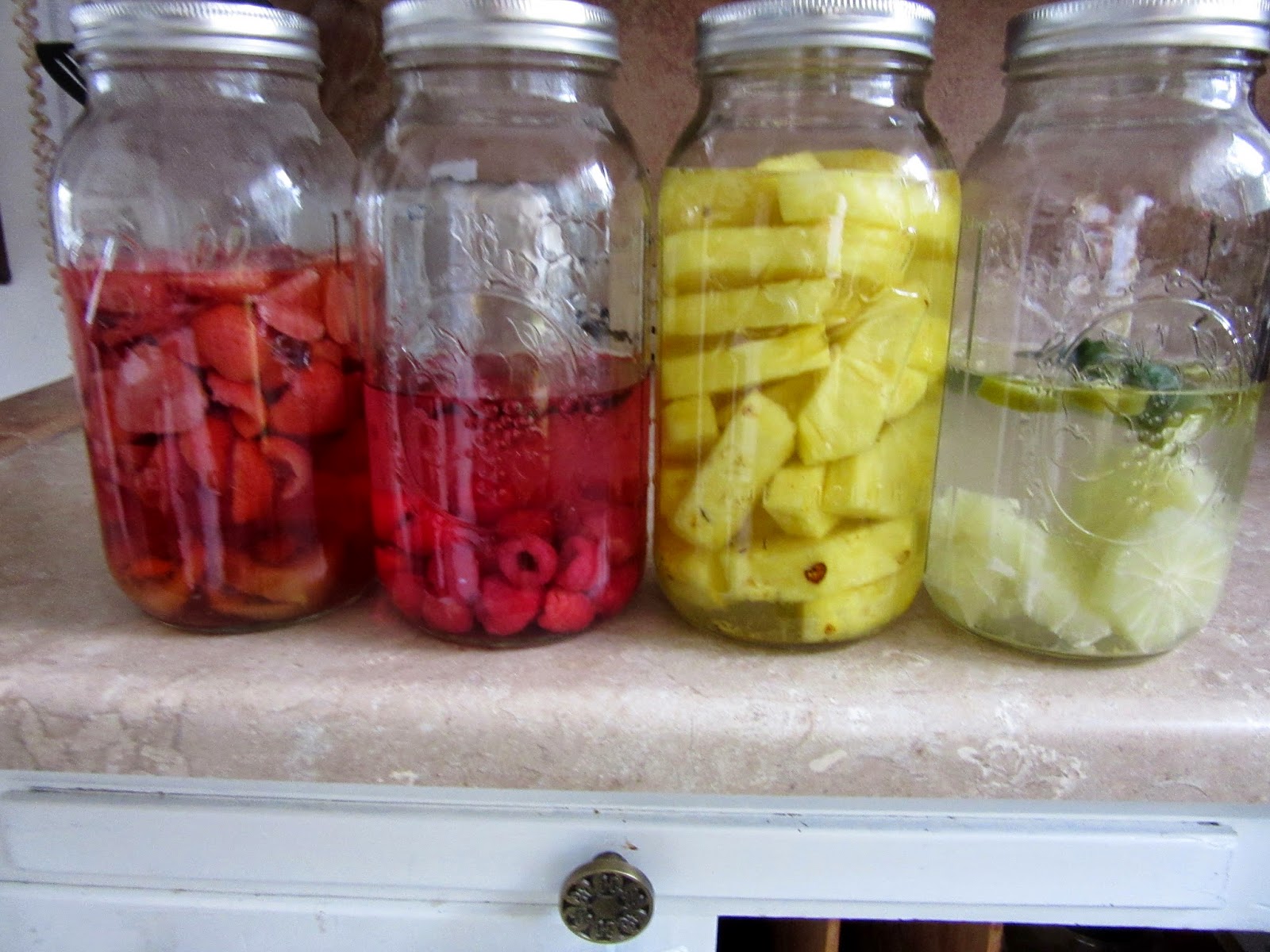 It was really interesting to make the infusions.  At the start--the very top photo--the vodka was still crystal clear.  After the fruit, particularly the raspberries and strawberries, had soaked in the liquor for even one day it was already starting to take on color.  After a couple weeks it was quite red, as apparent in the above photo.  The effect was much less noticeable in the pineapple and lime than with the red fruits.  The smell was quite noticeable though.  The jar with limes smelled citrusy and just a shade spicy.  The moment the lid was off the pineapple jar the sweet scent filled the room, overlaying the strong tequila smell.  The pineapple infusion was, by the book, intended to be a pineapple-habanero tequila.  While the jalapenos went into the vodka with the limes to soak for weeks, the habanero peppers were only supposed to be added for the last few days of the infusion.  Before the time was right for adding them we learned that Adam was not necessarily keen on spicy booze.  So, in the end we left it out and made three sweet infusions and only one spicy blend. 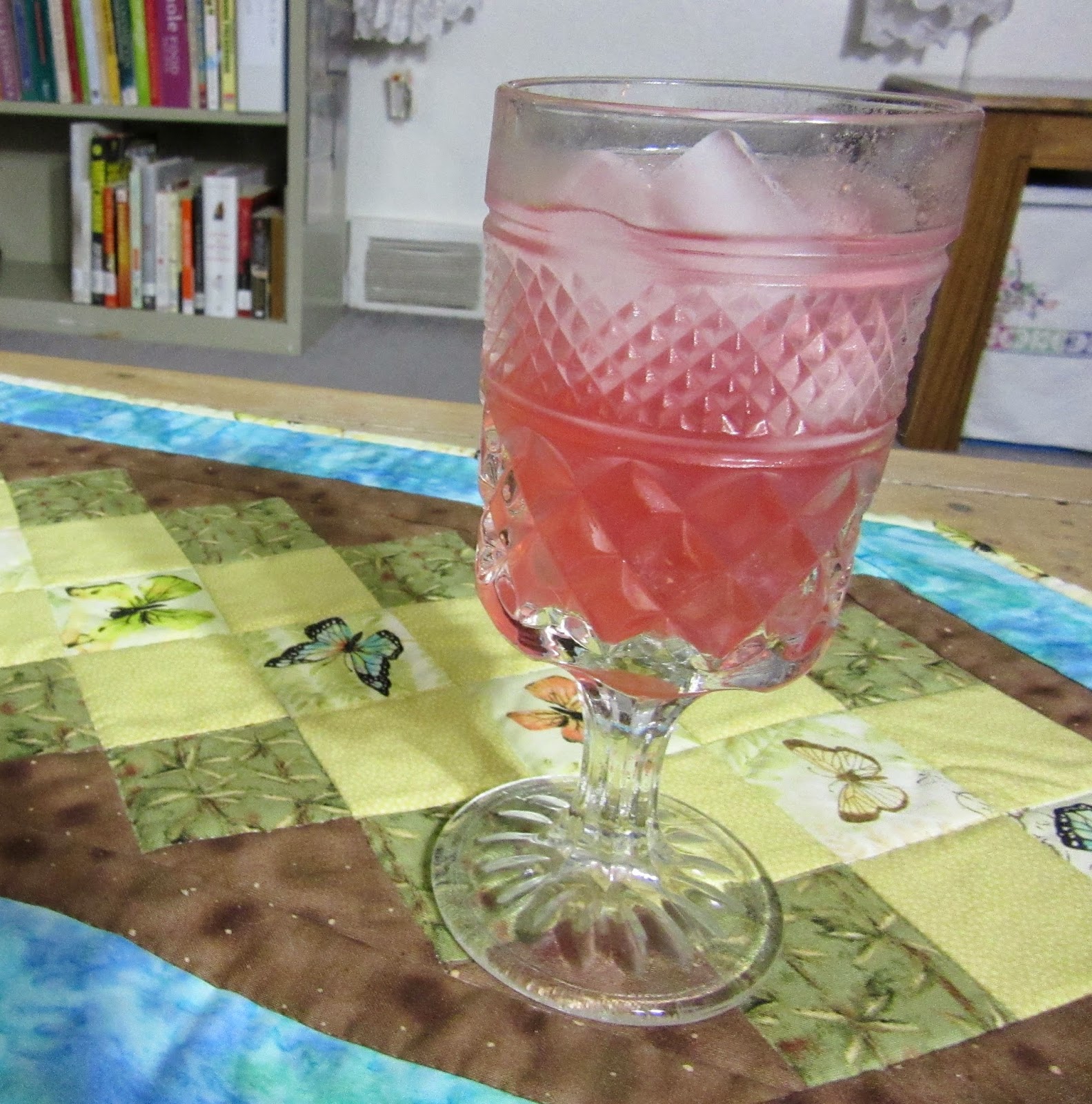 I am not usually big on hard liquor.  I, generally, find the taste unpleasant and am not willing to drink anything I find unpleasant.  These were quite tasty though, especially with a splash of juice or fizzy water.  Even the tequila, which I mostly find unpalatable, was not bad.  I would even venture to say the pineapple tequila was good.  I wish Josh was still around to try it.  He loved tequila and was always pushing it on me and anyone else in the vicinity.  I always resisted him as much as possible, but he was pretty persuasive.  Now, I have found a way to make it good and I cannot share it with him.  Alas.  Unsurprisingly the raspberry vodka was my favorite though.  Vodka is mild.  Raspberry vodka is sweet, mild, and pretty. 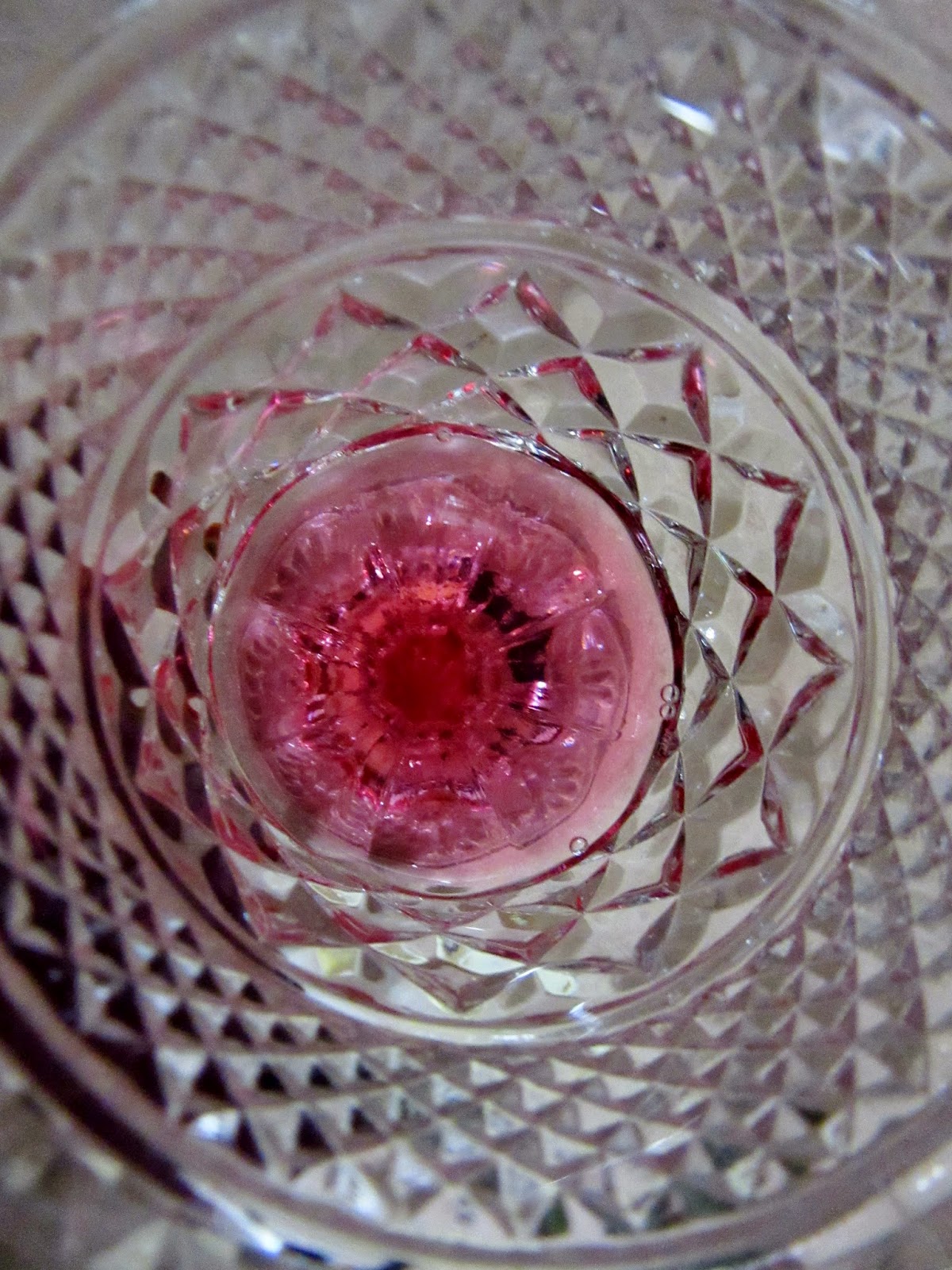 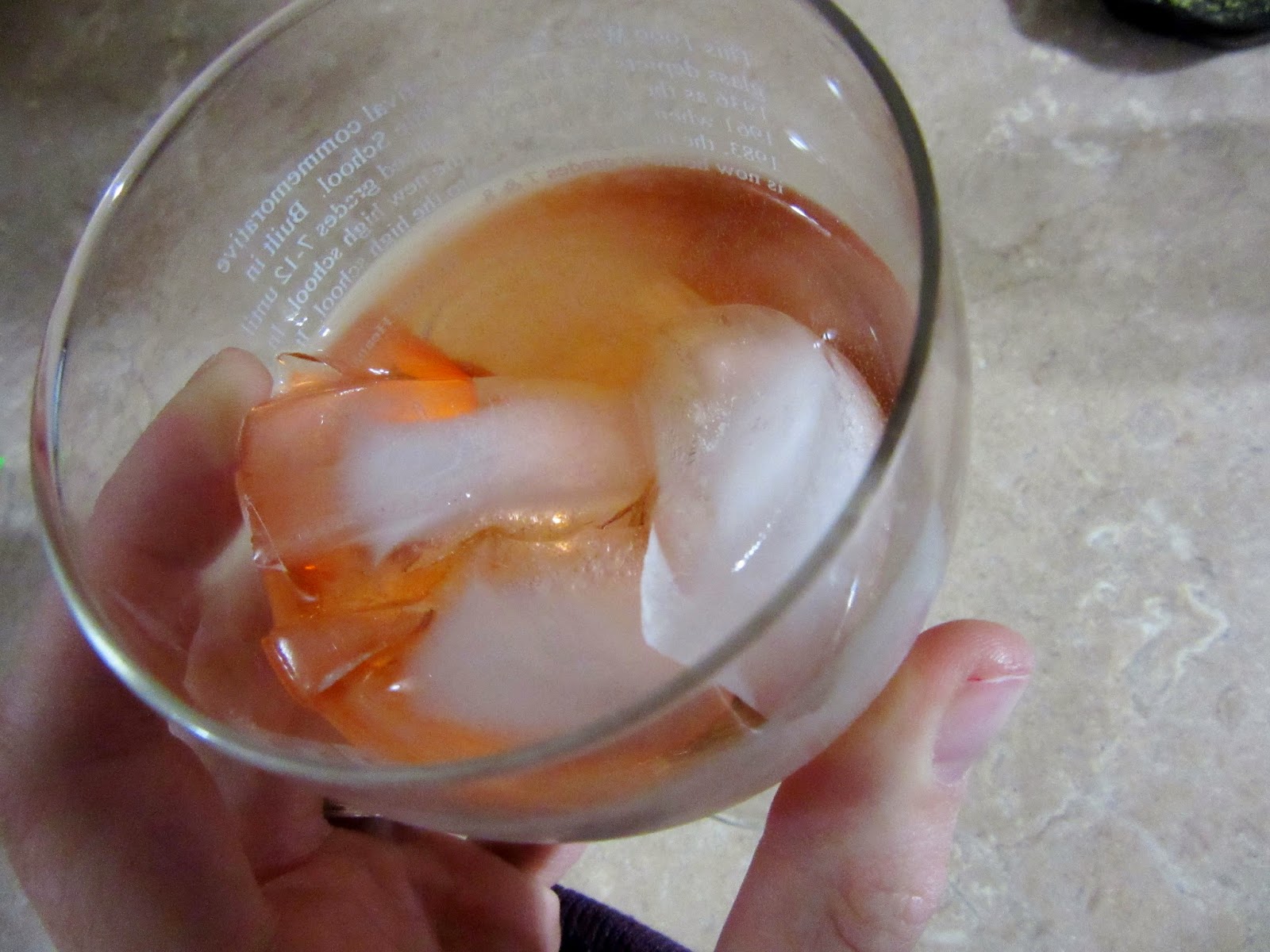