Our car stereo is broken.  It inexplicably stopped working while we were away on our Honeymoon Megavacation.  It worked when we left.  We came home and it didn't work any more.  It was weird.  I suppose we could take it into for repair, but, meh, we haven't.  Its not critical.  We don't need it.  We can get along fine without it.  So, we plan to spend our money elsewhere.

At Christmastime, my sister, Lisa, sent me home with an iPod her family wasn't using to give to Matt.  He uses it every day.  Its funny.  He's not a gadgety fellow, but he really likes his iPod, now that he has one.  He appreciates that it plays both mp3s and the radio.  He can pause and rewind the radio.  He really likes that.  I tease him that he is an old man because he loves his iPod for its radio.

He started using it in the car for tunes.  It play surprisingly loud, I must say.  I didn't even know that these old iPod Touches had internal speakers.

The other day while we were tooling around town he asked me if I could sew something for him.  He liked listening to the iPod in the car, but thought the sound would be louder and more clear if he didn't have it in the cupholder at his hip.  He really wanted it suspended from the rear-view mirror.  So, he asked, could I make him some sort of little bag to hang from the mirror, just big enough for the iPod?

Sure, honey.  No problem.

It took about ten minutes and used up two scraps from my basket--one green and one tie-dye--and a piece of blue ribbon in my ribbon basket.  Why do I have this blue ribbon?  I cannot even remember.  No matter. 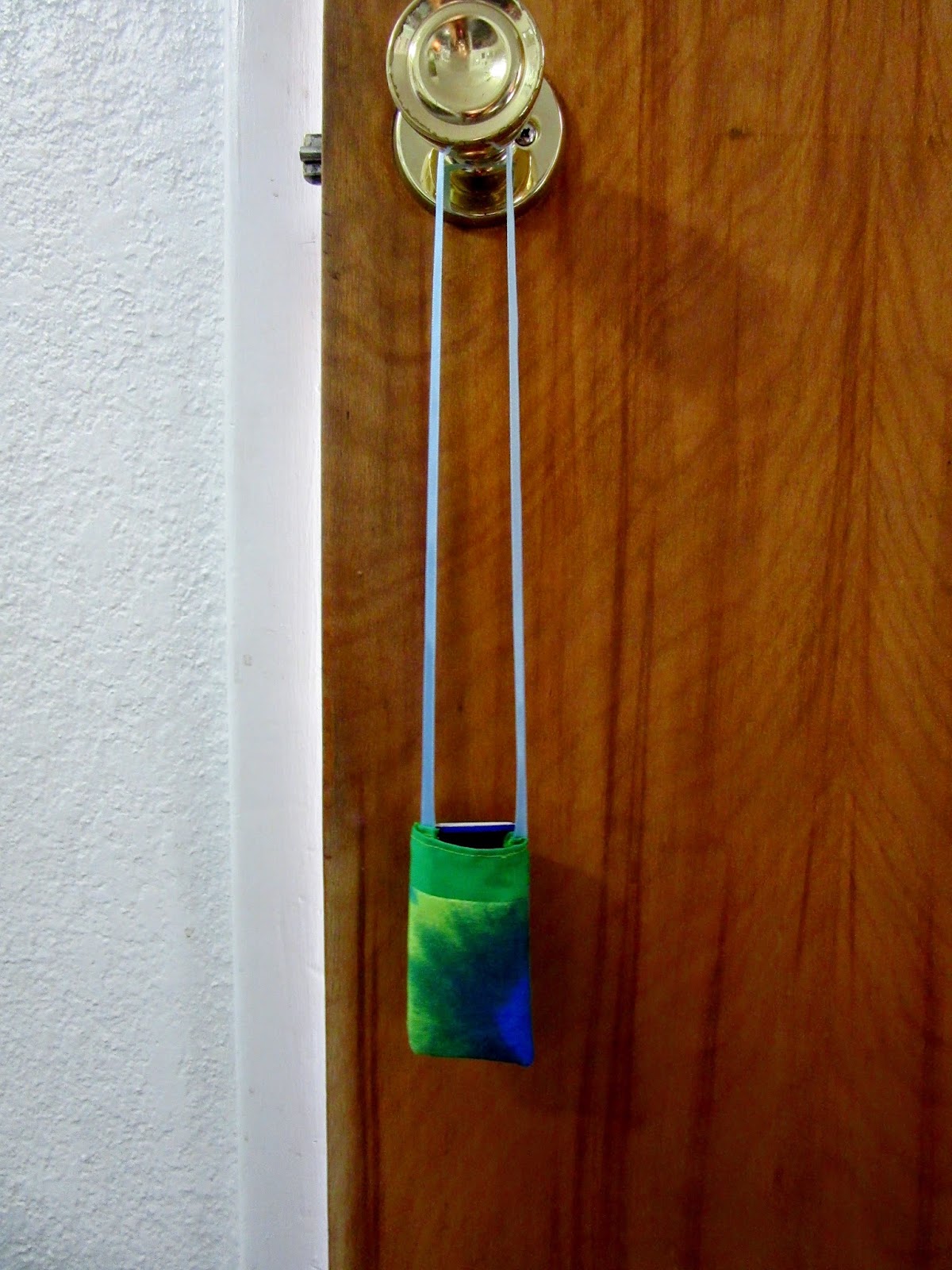 Initially I hadn't planned to add the green band at the top of the bag, but I wasn't sure the bag would be tall enough with just the tie-dyed fabric.  I didn't want the iPod to tip out as he drove over a bump or something.  In the end, that was a wise decision, I think. 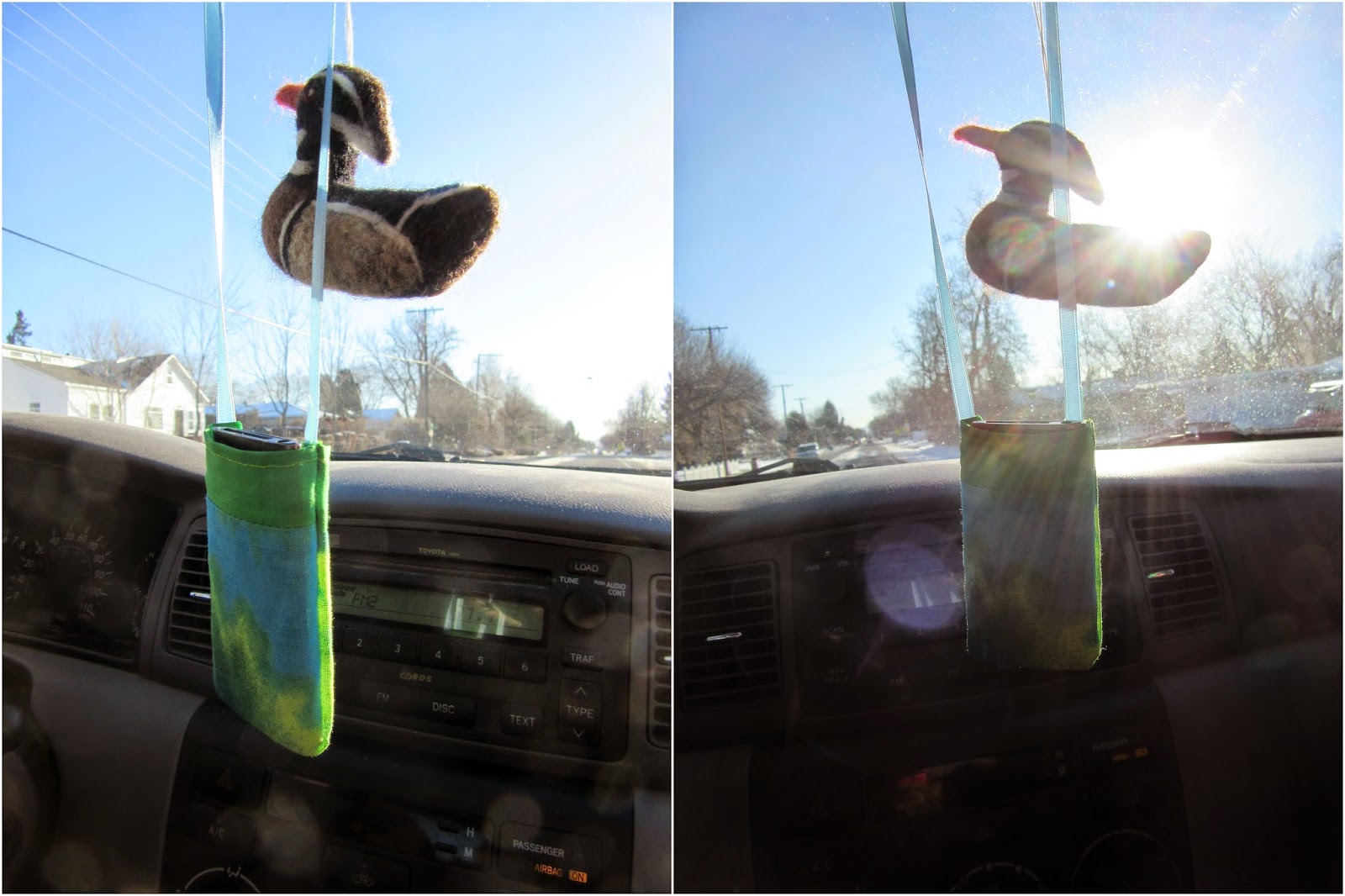 Matt is quite pleased with my creation.  The music is, indeed, louder and less muffled.  He can still use his headphones and the iPod charger while its in the bag, too, though the latter does tip it rather precariously to the side unless the cord is also draped over the rear view mirror.  So there may be some room for improvement, but it really serves the purpose well. 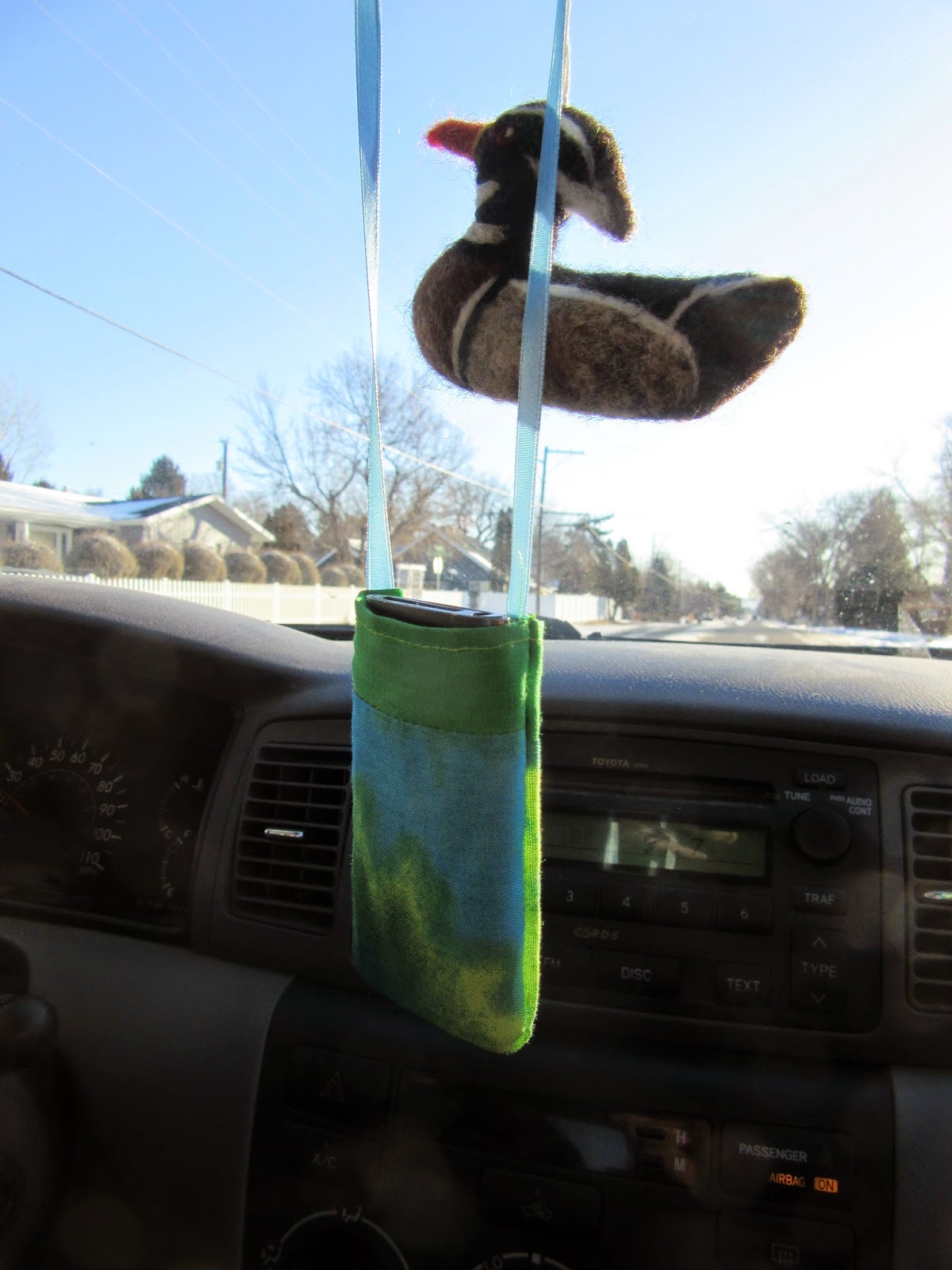 Bam.  Sewing is amazing.
By BLD in MT