The Sword Swallower and Other Renaissance Faire Highlights 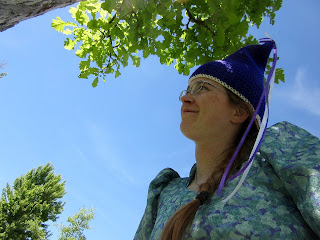 Matt and I sell tie-dye at the Montana Renaissance Faire each June on the grounds of ZooMontana.  (I know, I know...it seemed strange to me at first, too.  But Kenneth the Humble who organizes the whole thing assured me he wanted tie-dye at the faire.  He insisted, even.  I guess, folks did hand dye all their fabric back then...and that is what we do....with a little modern flare.  But, I digress.)  It is a seriously awesome vending experience.  Matt and I trade off sitting in the shade at the booth so that one of us is almost always off exploring and taking it all in. 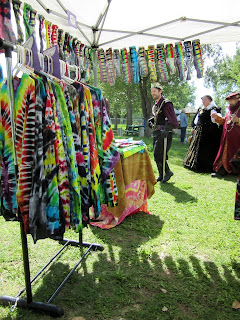 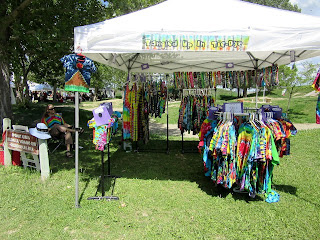 There are zoo animals (The Royal Beastiary) to visit.  Jousting, sword battles, and fencing to watch.   The jousting is incredibly impressive--and usually comes along with a skit of good lords and ladies versus evil lords and witches, with a damsel in distress thrown in, that sort of thing.  Its fun.  The whole atmosphere is fun.  People--both vendors and patrons--dress up in their renaissance finest.  There are lots of tunics, leather, chain mail, robes, velvet, and full skirts.  I love it.  There were also aerial performers doing all sorts of impressive acrobatics.  Man!  People are strong and talented!   There is always someone plucking a guitar, playing a flute or otherwise fillings the open air with music for dancing. 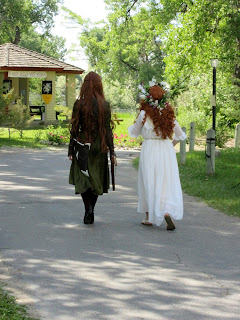 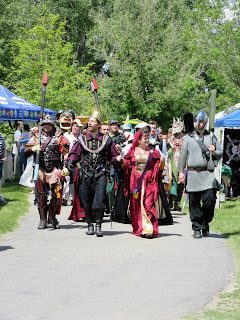 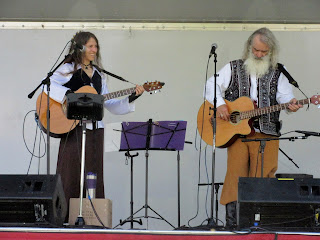 The highlight for me this year though was the sword swallower from Butte Magic--I've forgotten his name.  Because I went to the final show of the weekend there were not to many in attendance.  As such, I got to "volunteer" twice in the show.  Once to pull a 16 inch sword from his throat and a second time to stand on top of his assistant while he lay on a bed of nails.  Both were super cool--and kind of gross.  The sword thing was simultaneously incredible and disgusting.  He was actively making himself not gag the whole time I was pulling it up and out.  I could feel the resistance as it came up through his esophagus.  His eyes were watering.  It was amazingly gross to see (and feel!) so up close and personal.  I guess I didn't know people really did this--I think I thought it was always a trick!  He did have a trick knife which he showed us, but this was the real deal.  They also juggled--including swords--and other bizarre and impressive feats.  After I stood on top of the guy on the bed of nails he was pock marked with indentations--but it never broke the skin even though they were quite sharp!  Its remarkable what people can train themselves to do. 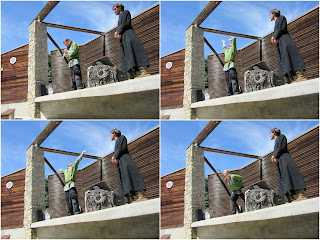 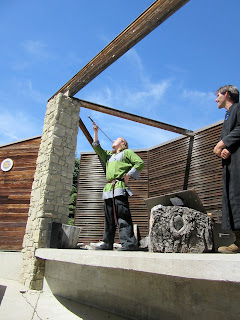 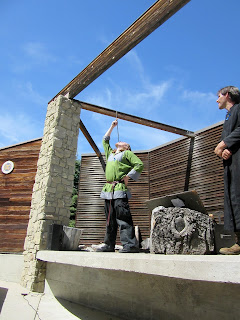 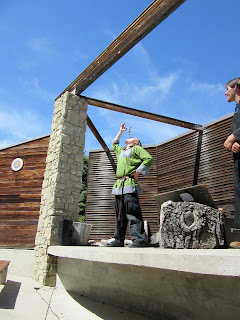 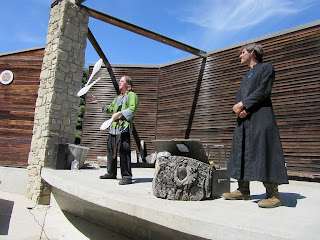 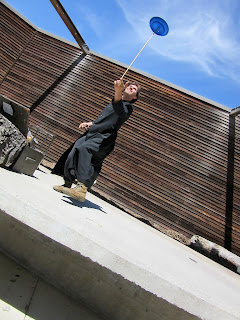 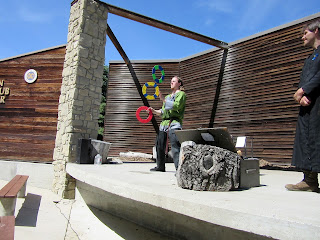 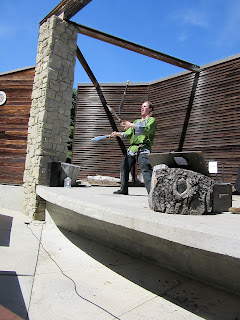 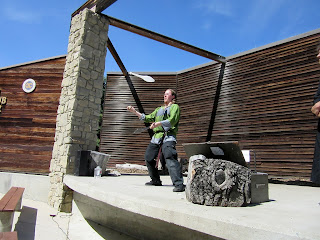 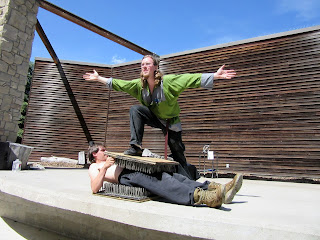 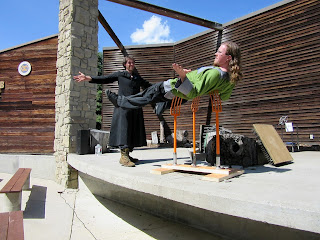 It was a jolly good time indeed!  I am excited for next year already. 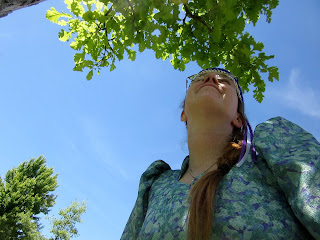