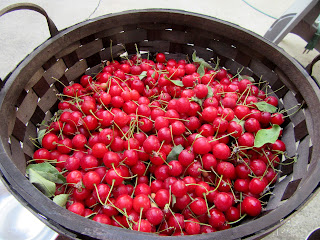 We've been making cherry jelly for years now.  It was one of our first consistent seasonal food-foraging-and-saving endeavors.  Free tart, red cherries are pretty easy to come by around here, we've found.  For the first handful of years we picked along a fairly busy street downtown.  It was incredibly amusing for Matt and me to watch people sitting in traffic trying to figure out what we were up to.  Every single time we'd have at least a few passersby ask us what we were picking, a couple even joined us!  It secretly slayed me that some folks didn't recognize them as cherries.  I mean, they're like cartoon cherries they're so classic. 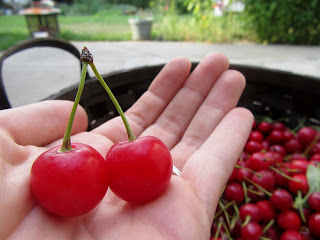 Those downtown trees have been systematically removed over the years, but there are still plenty of tart cherry trees to be found.  Our pal Casey took us out to pick her friend's house this year and the trees were just loaded.  We picked 15 pounds, but that was just a drop in the bucket.


This was right in the middle of August though and there was a lot going on so, feeling strapped for time, we tried a little experiment.  We didn't pit the cherries. We've always manually removed the stones one by one in past years.  Since it seemed we were trying to cram too much into our days we tossed around the idea of skipping that step this year.  We didn't see why it wouldn't work.  We strain the fruit as we press our juice anyways so.... 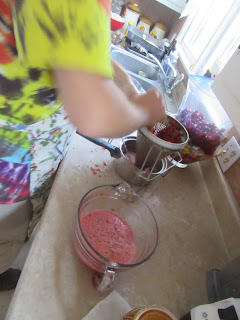 ...And it totally worked.  So, yay!  No more pitting cherries for hours, but we still get that radiant crimson glory to spread on our waffles and toast.  That's a big win! 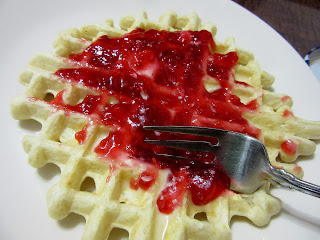