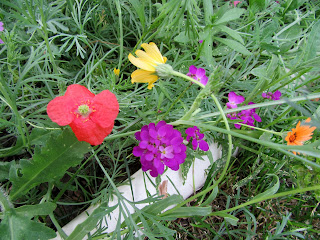 Matt covered the peppers and eggplants, but picked all the tomatoes in advance of the frost. The green ones are ripening in the spare room.  The red ones are being gobbled up so fast I'm wondering how much sauce we'll actually get this year. 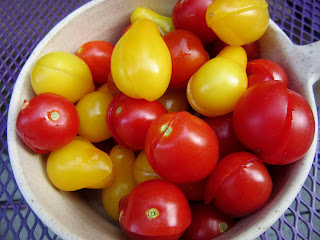 We're doing our first wave of canning tonight.  We're starting with jelly.  I'd like to reclaim the freezer.  Currently it is chock full of bags raspberries, currants, and strawberries.  Not to mention a giant jar of cherry juice.  That gifted bag of gooseberries from the in-laws, too.  Jelly making is a fairly simple process and a good way to kick-off our canning projects for the year. 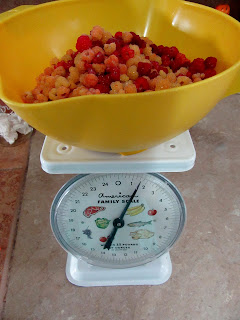 After the jelly we also need to get to tomatillo salsa, ketchup, tomato sauce, garlic-pepper jelly, apple pie filling, and a couple recipes we want to try out for the first time. 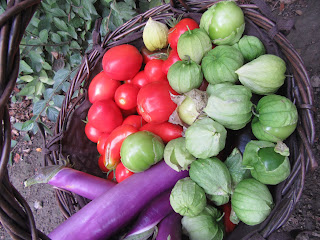 Matt prepped and froze a couple dozen ears of sweet corn in the last days of summer.  I've already got three cups of chopped jalapenos in there, too.  It has been an excellent pepper year. 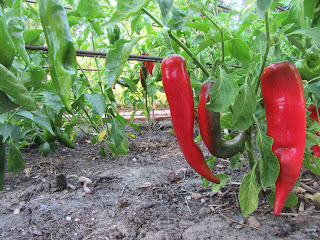 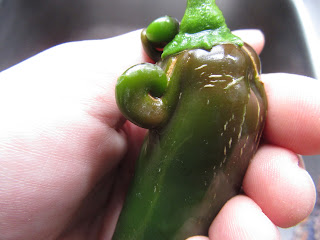 Rhubarb wine is bubbling in the corner.  Eggplant is on the menu every single day--and I love it.  Some of the potatoes have been harvested--and eaten--but the majority are still in the ground. 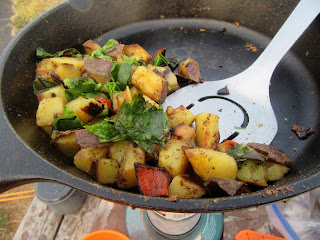 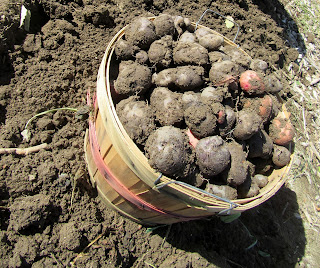 We're not pressing cider this year.  I've got mixed feelings about that.  It is always a really fun day.  We drive out to Park City and hang with Josh and his dad, taking part in a seasonal rite that's been going on for generations out there.  But it is also a lot of sticky work and between picking, pressing, cleaning, and the drive it takes quite a bit of time at a point in the year when we're feeling overrun with things to do and worn out by summer fun already.  So I'm bummed, but relieved in a way, too.  We pressed so much last year that we still have enough to eek by for a second year.  At home one of our apple trees fruited for the first time this year.  We ended up getting one lone apple!  But, it was a start!
The raspberries need some attention.  Matt thinned the oldest canes out--much to Ginger's chagrin since it rather ruined her Raspberry Fortress.  They've done well since we planted them that first summer.  So well they've outgrown their support structure, spilling out into the walkway.  So out with the old, in with the new.  They're getting new posts and stronger wire.  We also need to build some sort of trellis for the grape vines we planted out front this year. 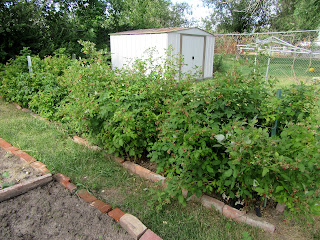 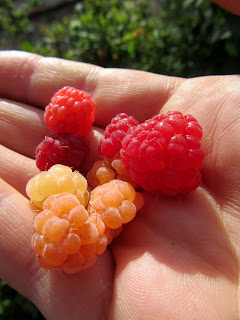 Lots to do yet on the saving end of things, but our growing season is wrapping right up.
By BLD in MT