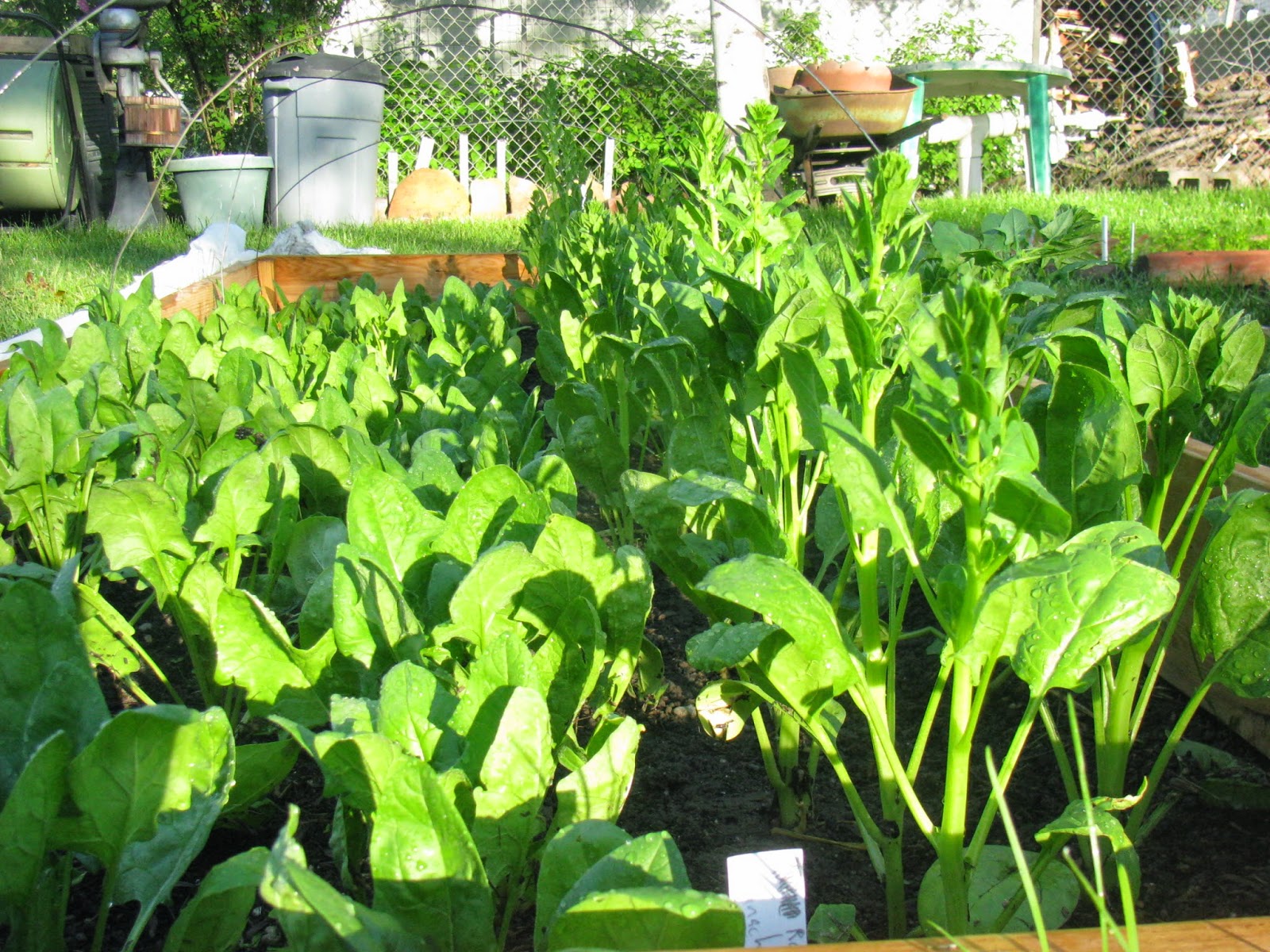 We grew three types of spinach this year--Space, Tyee, and Raccoon.  The first two we've grown in previous years and quite enjoy.  They are cold hardy yet also don't bolt as early in the warmer weather as other varieties that we've tried.  Matt first heard about Space in one of Eliot Coleman's books.  It really is a good varietal.  We've been impressed with it.

But, one of the things Matt loves about the garden is the endless varieties to choose from.  So, he tried one new kind this year as well--the raccoon.  We've been harvesting the spinach steadily over the last month to make way for the summer crops of peppers, eggplants, tomatoes, squash, etc.  When we pulled back the row cover  on the spinach bed it was such a stark contrast between the raccoon spinach and the space.  It was remarkable.

One half of the bed (the left side in the photos) was sown with space spinach.  They were all lovely and contentedly growing.  The other half of the bed was planted with raccoon spinach and every single plant was bolting and going to flower already.  They were also considerably more tall, lanky plants with a higher stem-to-leaf ratio than the compact little space plants right next door.  They were almost twice as tall, but the space had much broader, densely clustered leaves.

I don't know that we've ever had a side-by-side comparison that was  more illustrative as to the differences between varietals of the same crop.  It was very interesting.  But, I doubt that we'll grow raccoon spinach again next year. 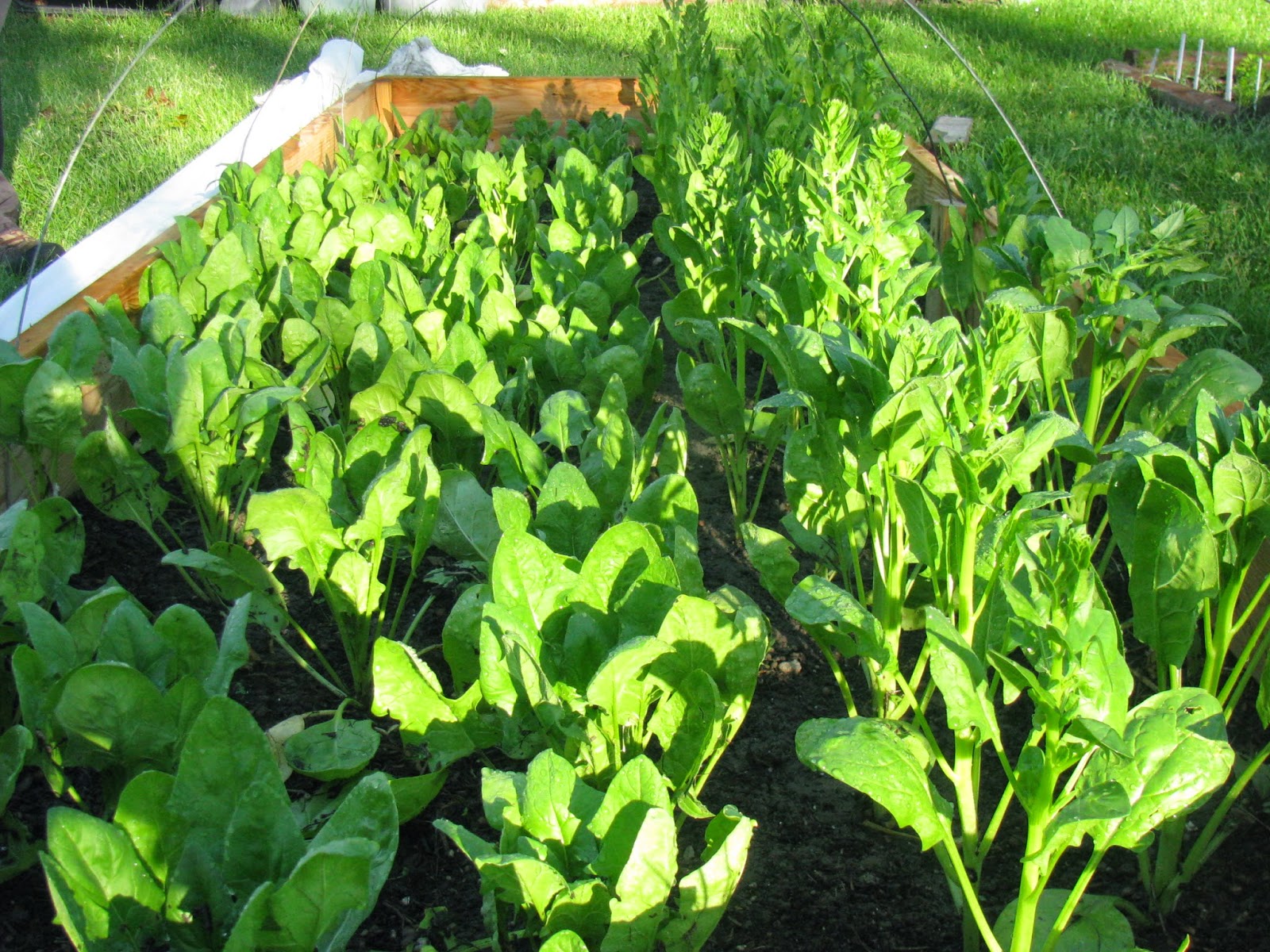