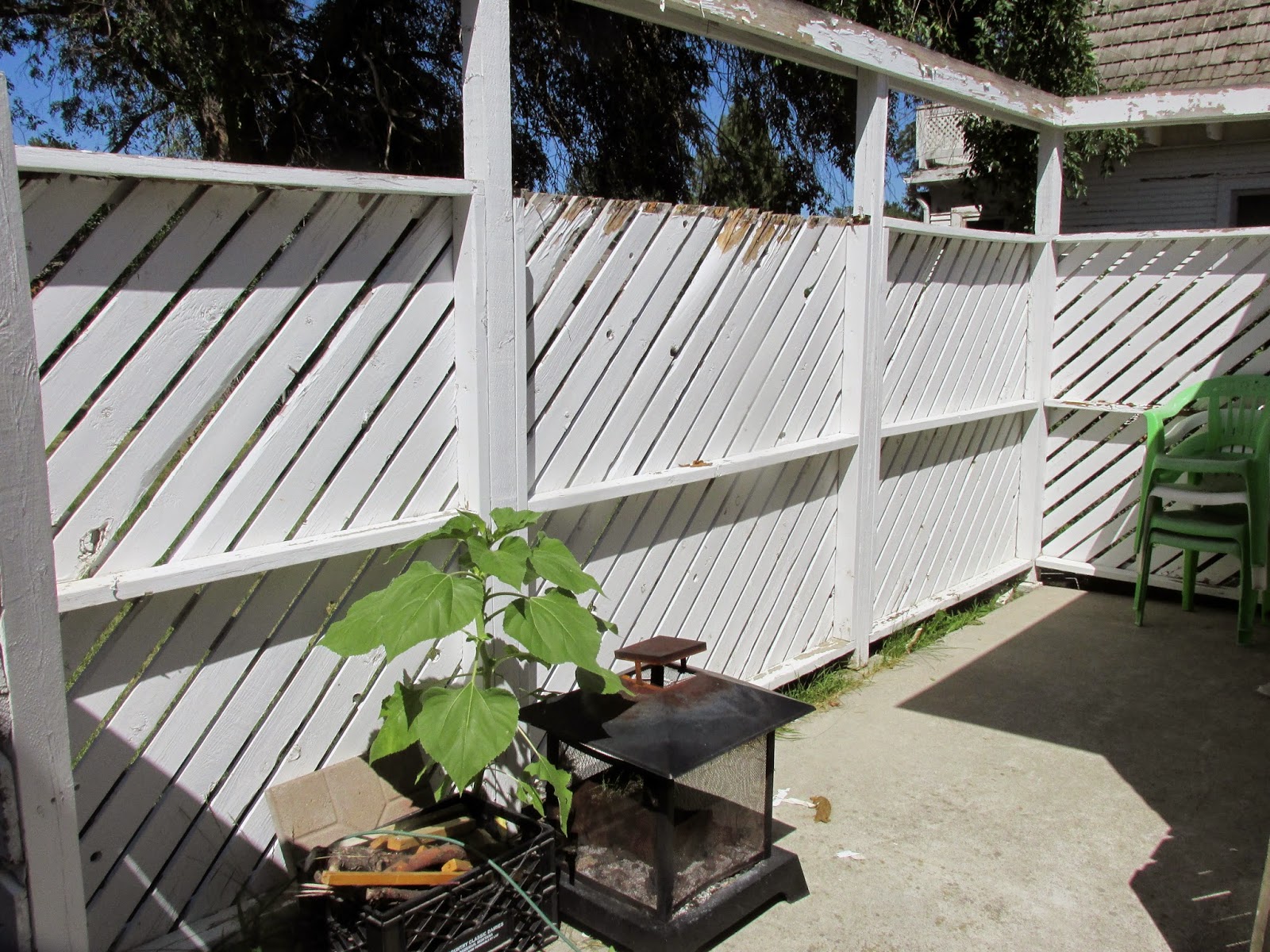 When we bought the house it had a hot tub on the patio.  As a result of this it also had a white privacy fence around the patio area.  We got rid of the hot tub last summer.  But, we didn't get rid of the fence until last month.  It wasn't hurting anything so we'd just been letting it be.  But, the boards were rotting though in more and more places.  My mom accidentally snapped one in half when she poked at it.  So, eventually we couldn't ignore it any longer.  It was time to replace a lot of boards....or just tear the whole thing down.  We went with the latter.  Its not like we really needed privacy for our picnic table. 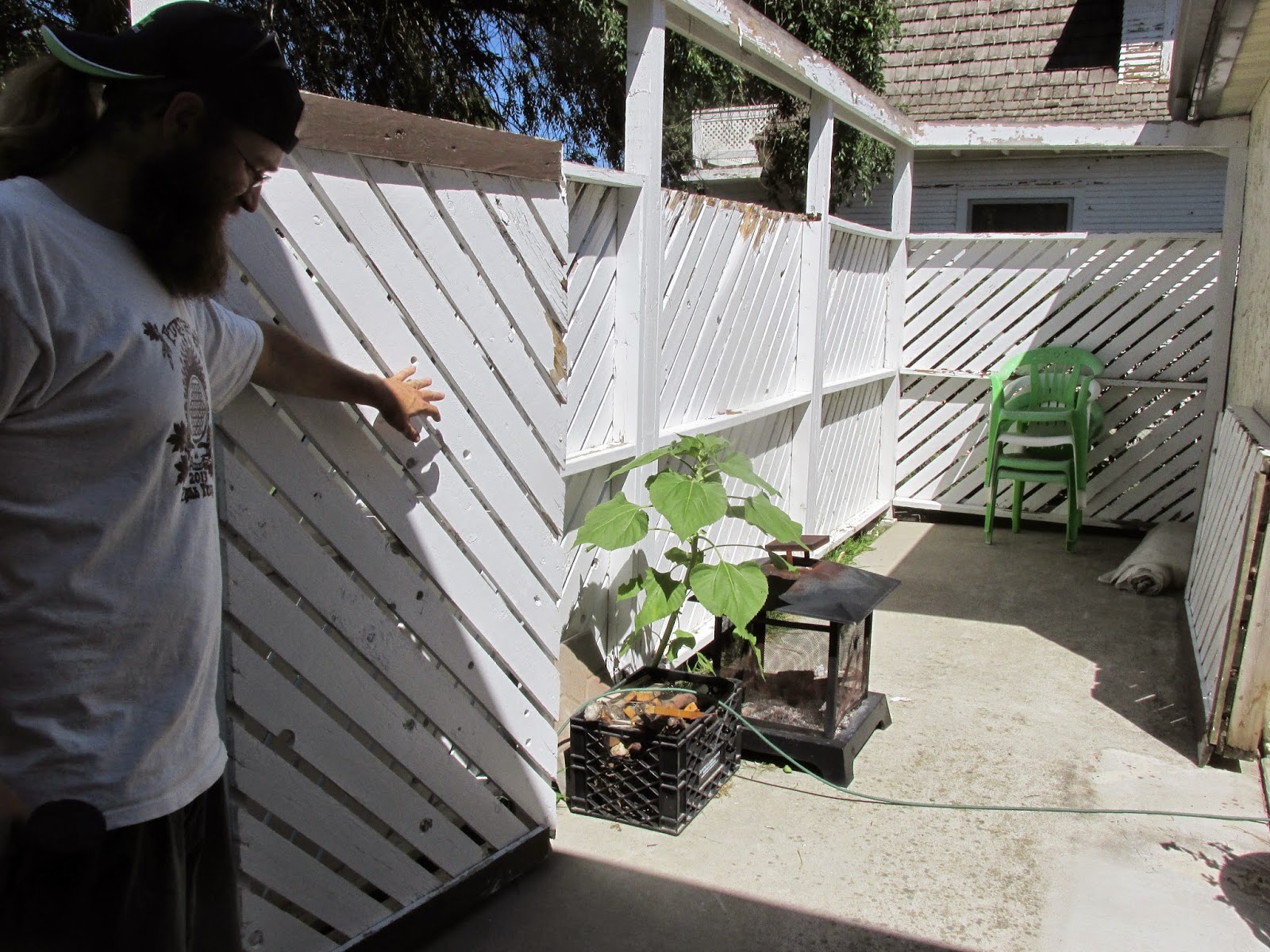 Man, I have never enjoyed destroying things as much as I did with this project!  Because the wood was so very, very rotten it was easy to send the boards flying with a whack from the rubber mallet.  I'd swing and the boards would rocket off the frame and out into the yard.  I had such a smile on my face! 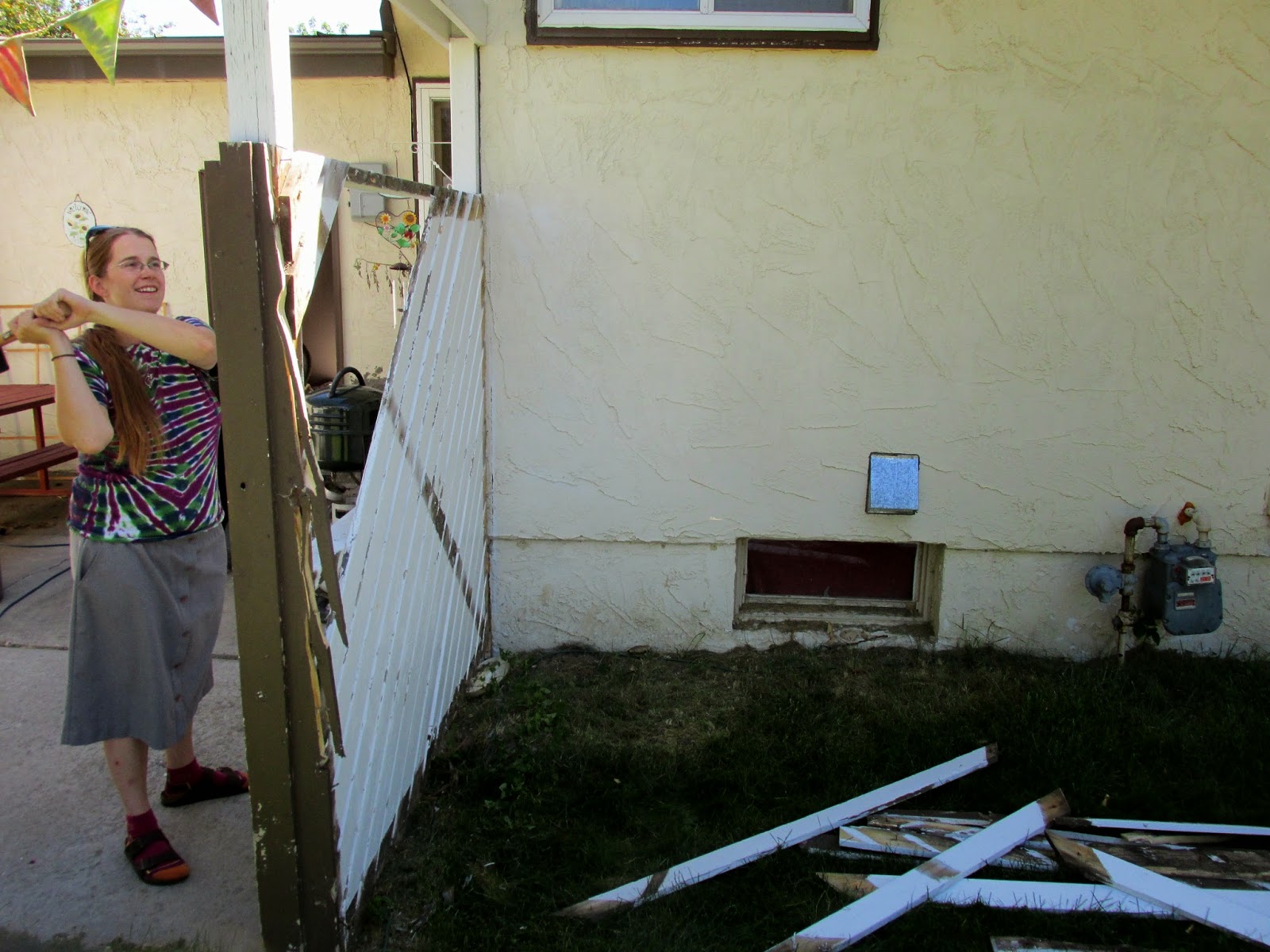 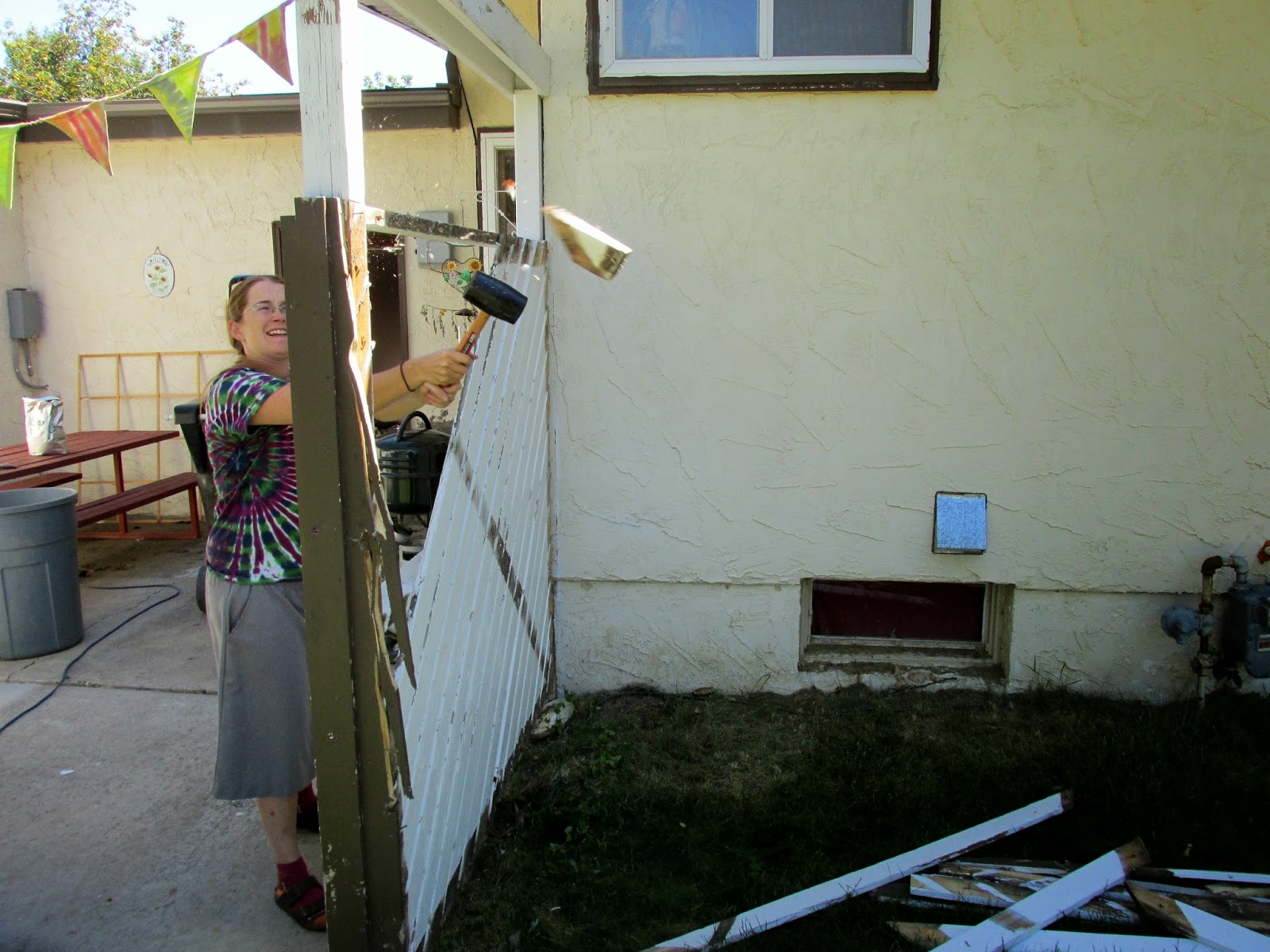 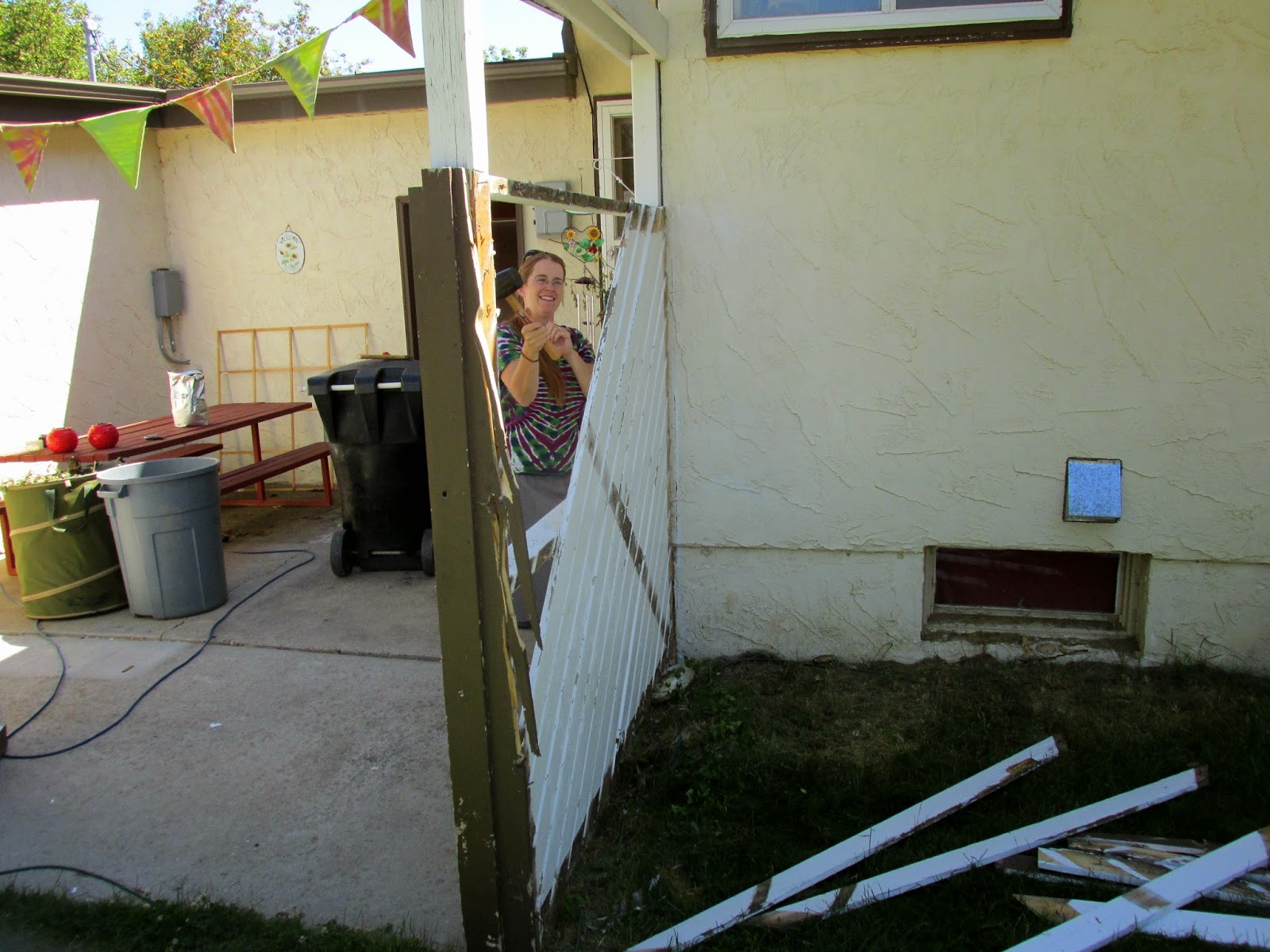 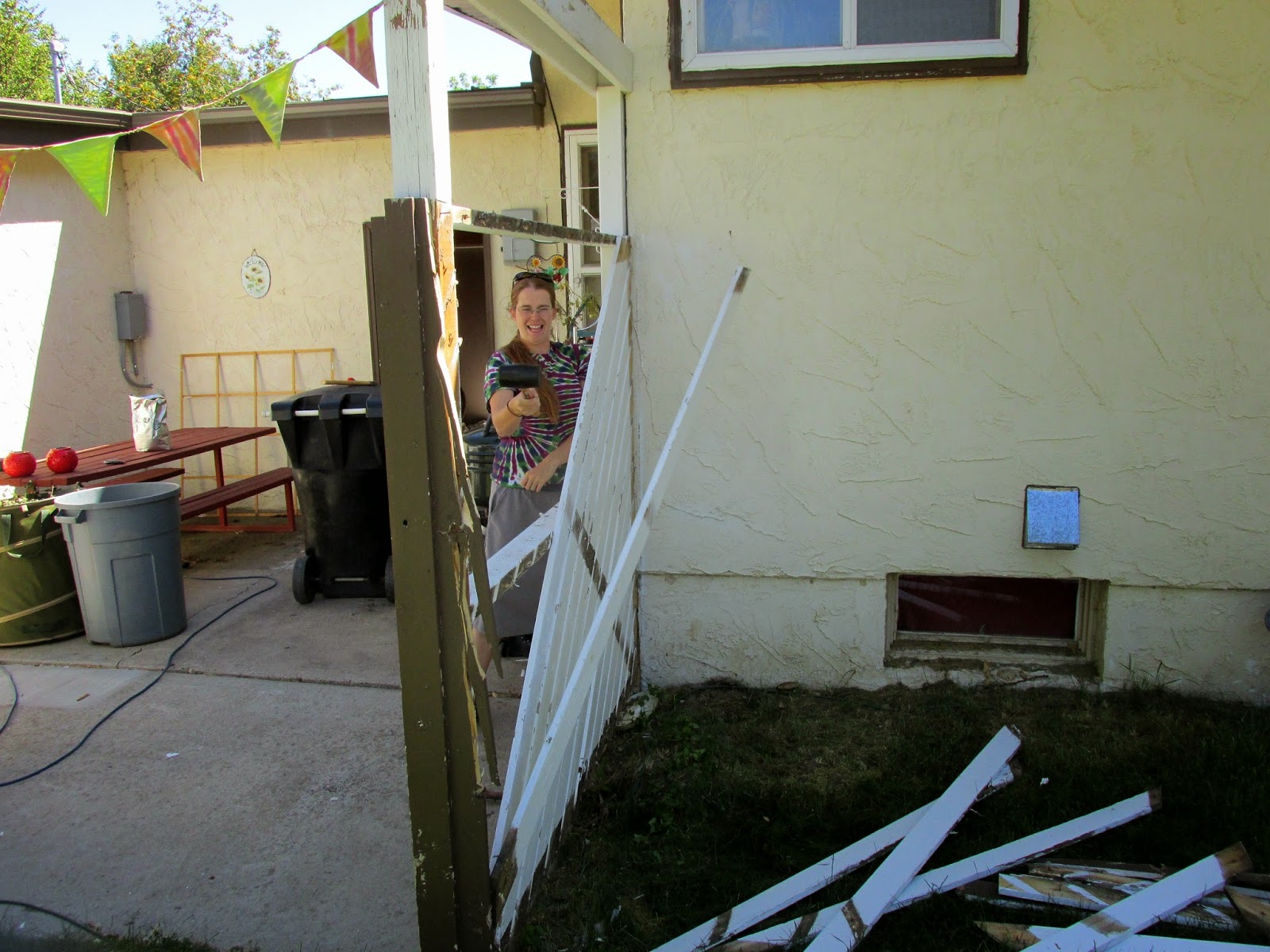 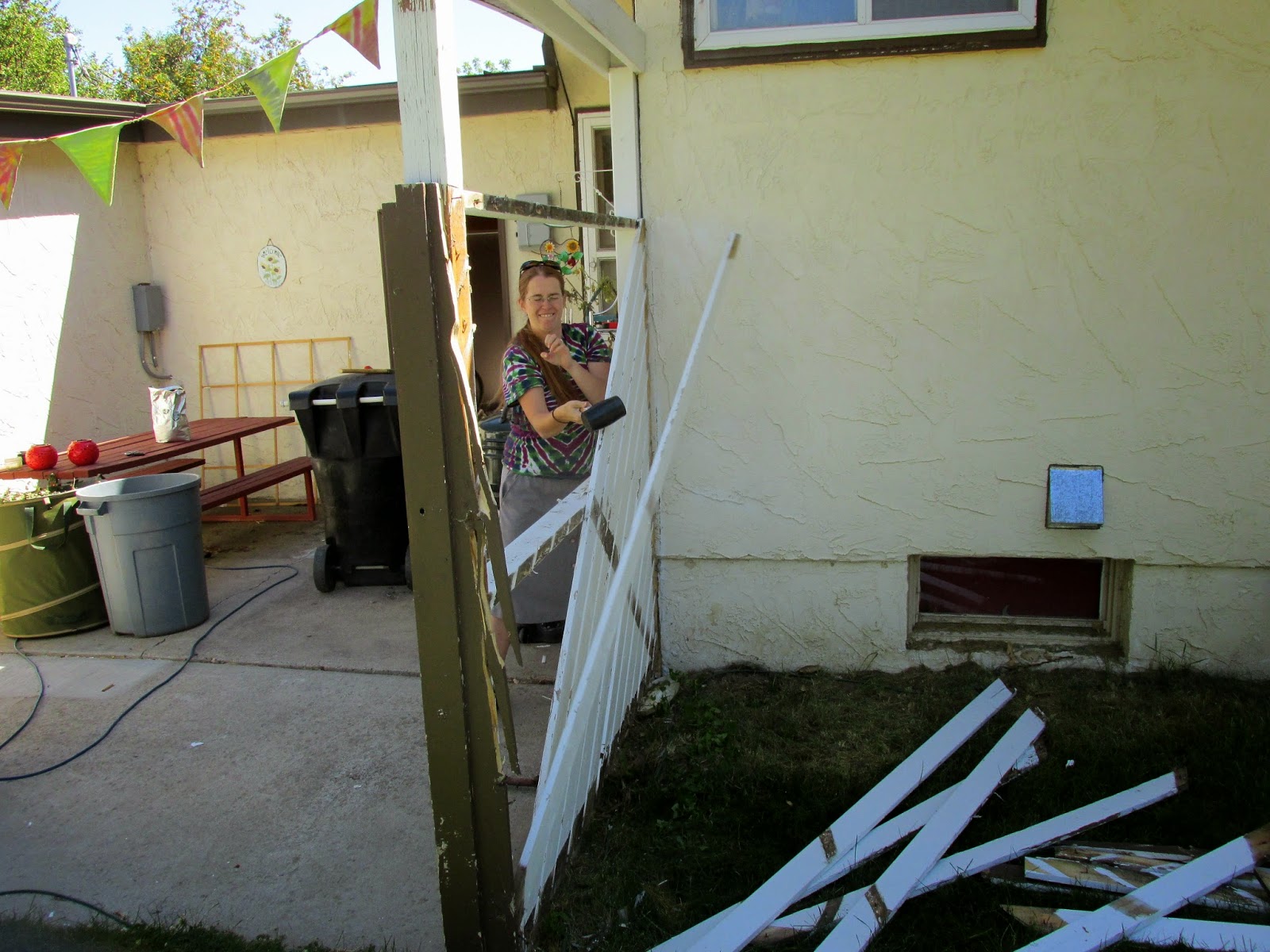 We had Matt's birthday party/Equinox party out on the patio a couple weeks ago and I loved it.  The openness is so much better aesthetically than the fenced off patio had been.  We were all able to enjoy the sights and sounds of the garden while we dined alfresco.  Its such a vast improvement.  And its interesting to me how easy it is to just get used to something.  I didn't know how penned in it felt until it wasn't any more. 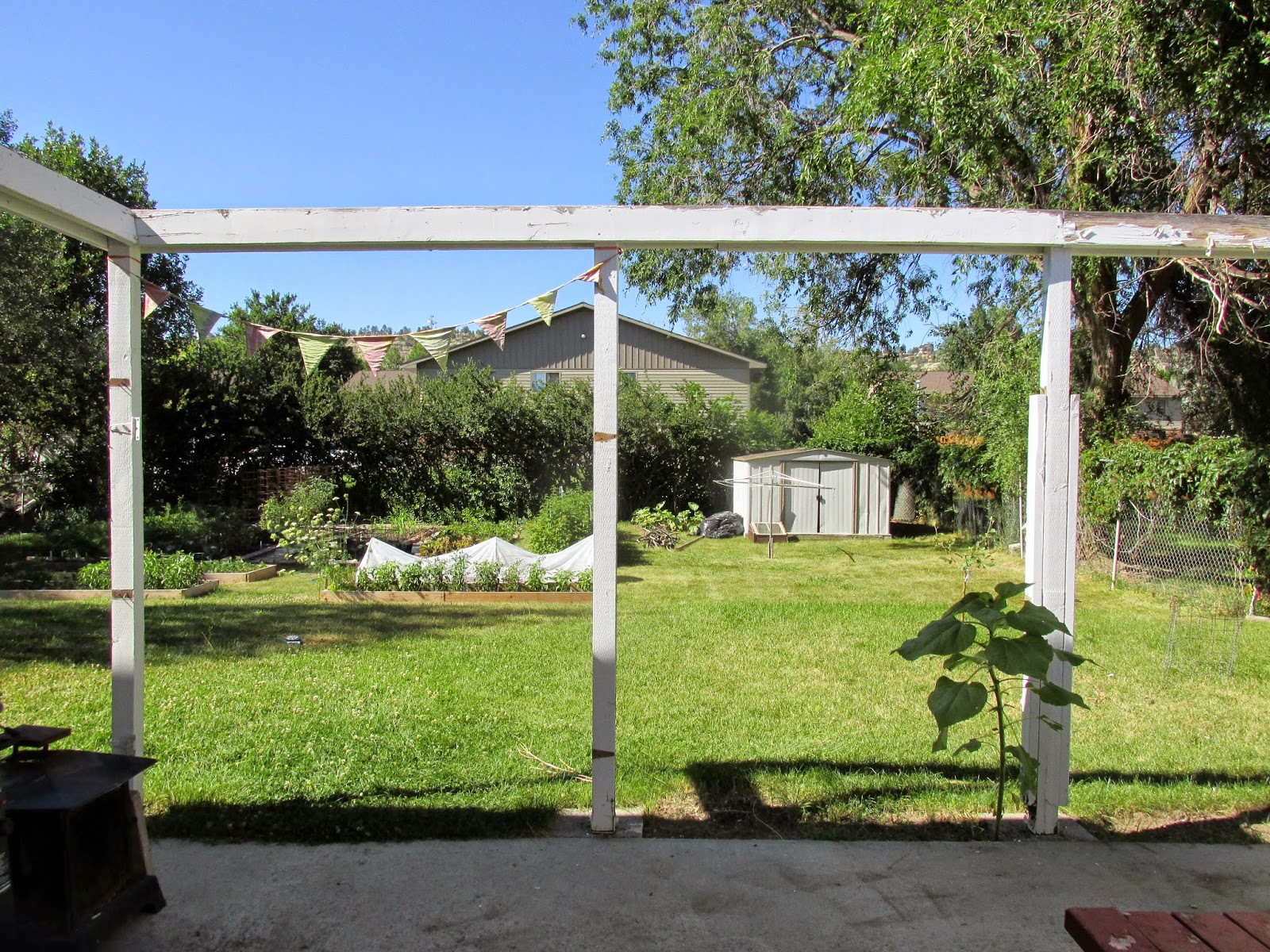 Now we're trying to decide if we want to knock the whole thing down or leave the arches, as pictured above.  At the moment I think we're leaning towards the latter so we can use it for vine plants.  Its not as structurally sound as it once was though since we removed so many crossbeams, so might be nice to just see the whole thing go.  We're in a bit of a holding pattern at the moment about it.  There is a sunflower using it as a support (you can see it in the photo above, too, though now its as tall as the top beam) for a little while longer yet and we're not really in a hurry.
By BLD in MT