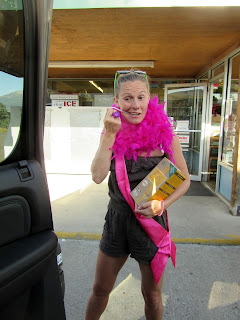 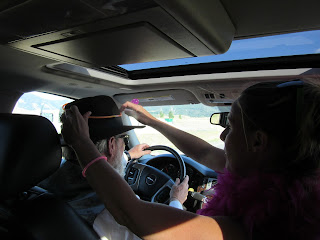 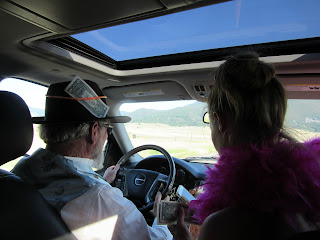 Here is my reading recap for August. 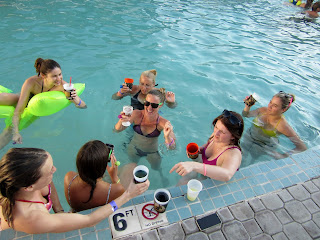 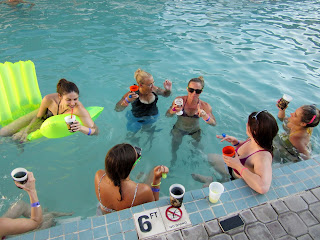 August 9 - 15
*Packing for Mars: The Curious Science of Life in the Void by Mary Roach
*The Journal of Best Practices: A Memoir of Marriage, Asperger Syndrome, and One Man's Quest to be a Better Husband by David Finch

August 16 - 22
*Love in the Driest Season: A Family Memoir by Neely Tucker
*The Poured Fire on Us From the Sky: The True Story of Three Lost Boys from Sudan by Benjamin Ajak, Benson Deng, Alephonsion Deng, and Judy Bernstein 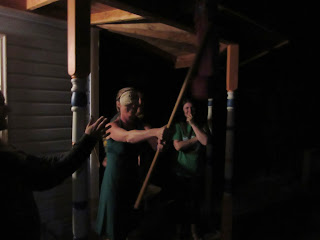 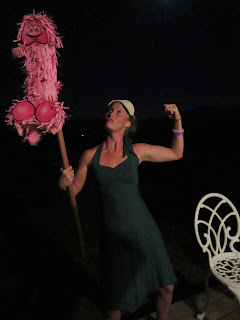 My favorite book of the month was Packing For Mars by Mary Roach.  I've previously read Roach's book Stiff: The Curious Lives of Human Cadavers.  I enjoyed it thoroughly.  Matt had read Packing For Mars last year and I finally got around to it.  Excellent, interesting, hilarious--and sometimes gross--reading.  Its everything about space travel that one might not have thought of--how to make a fuse work in zero gravity, how to take a poo in space, food improvements and experiments, booze in space, chimps in space, sex in space, what characteristics make for a good astronaut, and more.   Its not all as heroic and noble as one might think from what makes the news and school textbooks.   A great example of that would be the rigmarole that it took to plant a flag on the moon.  We had to design a special flag mounting kit because otherwise the flag would just hand limply with the slight gravity and zero wind.  But, to get it to the moon we had to design a special heat resistant carrying case which could be mounted to the outside of the lunar module and then the lunar soil was so hard that Neil Armstrong could, apparently, only plant the flag half a foot deep in the soil.  Also, moon dust is often razor sharp.  There is no wind or water to weather and smooth it, so, it stays sharp and scratches up face shields and things.   The book was both terribly interesting and quite funny at points, and I learned a lot.  When I finished the book I spent a few hours seeking out space videos on youtube because I couldn't get enough.  If you're interested Chris Hatfield, the Canadian astronaut, has some great ones.   My favorites are:  Wringing Out A Soaked Rag in Space, Do Tear Fall in Space, Dessert in Space, Nail Clipping in Space, Water Recycling in Space, and Sleeping in Space. 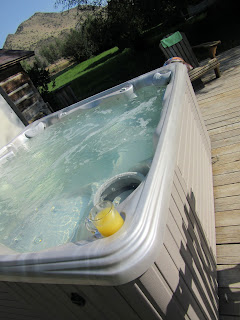 Reading Packing for Mars also gave me something to think about as far as the validity and point of having a space exploration program to begin with.  Matt and I have been in disagreement.  Matt believes in space exploration as a new frontier to be explored and hopes we make contact with other life in the universe from which we can have an exchange of knowledge.  I do not doubt that other life is out there, but I think all the money we spend on NASA could likely feed, shelter, and heal a lot of Americans.  Mary Roach concludes with something along the lines of, "Sure we could spend that money on something better on earth--but would we?  Or, is likely that we'd continue to spend it on our military, prisons, highways, etc."  While I optimistically like to think we would do something better...she may have a point. 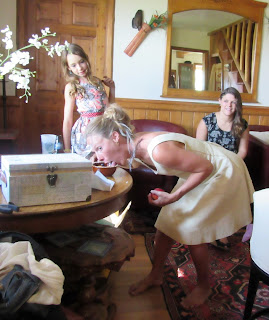 I re-read Johnny Tremain, a book I was assigned as, I believe, a 5th grader.  We got extra credit in class if we duct taped our fingers and thumb together in a sort of replication of Johnny's injury, to make the experience more meaningful and educational.  I remember it vividly.  It must have made a very strong impression on me, that mock hand disability.  That said, I remembered quite little about the book, I found.  I knew it was in the time of the revolutionary war and that his had was deformed while working as a silversmith.  I quite enjoy historical fiction, weaving fictitious characters with the likes of Paul Revere, say.  It makes history so lively. 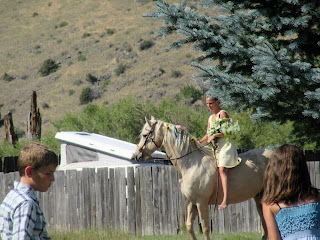 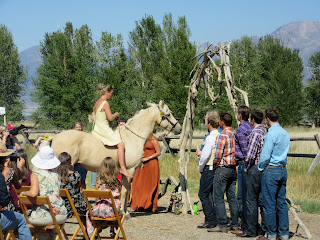 I read two books about Africa this month, both were good, though sad.  Love in the Driest Season centers around a foreign news correspondent and his wife who adopted Chipo, an orphan in Zimbabwe, during the AIDS crisis there.  Its ends happily, but of course, learning about the condition of health care and orphanages was hard to read at times.  It was amazing how these two adults persevered to be with the child they loved as their own.  They Poured Fire on Us From the Sky was an even more tragic read as it was the memoir of three Sudanese boys that had to fend for themselves on the roads, jungles, and refugees camps in their war-torn, but beautiful, country.  All three lost their homes and families and were left to fend for themselves all while less than seven years old.  I again felt such gratitude for the stability I've known my whole life.  As always I have to wonder how I would handle such trying circumstances.  Trying, to say the least.  Those are some smart, resilient boys.  It was a a miracle the two brothers and cousin found each other again after so many years of wandering from one place to another trying to find somewhere safe.  We're so blessed here.  We should be thankful for that every day.  Also, Africa sounds beautiful--the grasses, trees, sunrises.  I think that can get overlooked in the drama of stories like this, but I was glad they were included in both. 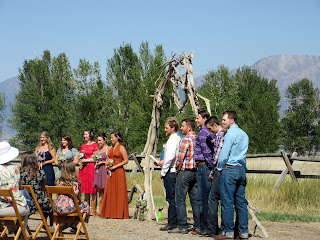 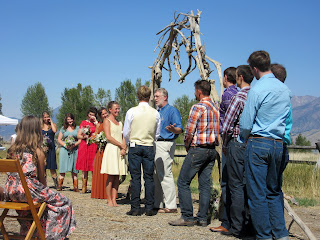 The Healer was a so-so dystopian novel.  Of course, its my favorite genre so I am a bit of a snob--or connoisseur, perhaps.  It follows the story of a man whose wife has gone missing in a Finnish city suffering from the effects of climate change.  Frankly, I can hardly recall the details now.  It didn't leave much of an impression.  I did like all the exotic (to me) Finnish names though. 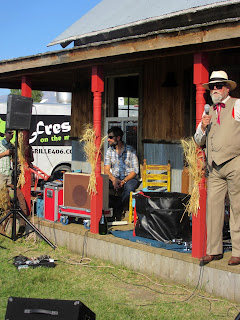 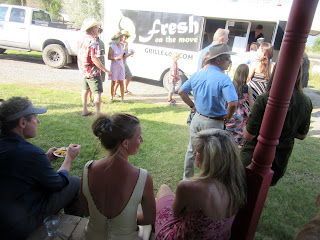 The Journal of Best Practices was interesting.  Good, but not great.  Its a peek into the marriage of couple as they figure out that the husband has a lifelong, undiagnosed case of Asperger's Syndrome.  My biggest take away is that his wife is incredibly patient, though I had to wonder sometimes how one could marry a person without realizing they had all these social quirks and obsessive oddities.  I guess he hid it well in the beginning.  I know most people try to present their best traits at the start of a relationship, but still....  In any case, I admired their commitment to each other and their willingness to work together to make their marriage work. 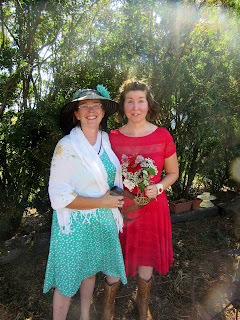 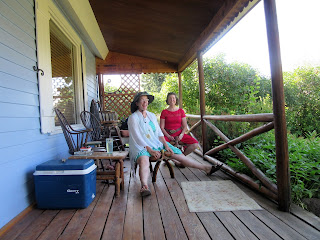 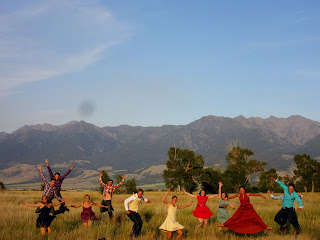 Recaps for the previous months of the challenge can be found by following these links:  January, February, March, April, May, June, July.