Keeping a blog is a humbling thing sometimes, in large part because it is a publicly recorded history of how often I change my mind.  How regularly I make pronouncements that I go on to rescind or contradict.  Just as soon as I've got it dialed in I learn something new and things shift.  Change is the only constant, I'm told.

This comes up because I made myself a new wallet just months after declaring the black one had finally "been put to use as intended."

It turns out, Matt was right all along.  The DSO wallet IS too big.  While it was okay in my bag, it didn't slip easily into my jacket pockets.

Plus, it isn't bright and pretty.  I don't care if it is practical (tea stains) I just didn't love it.  In a bit of subconscious planned obsolescence I selected stupidly light colored fabric for the bulk of the wallet though.  ...so it will be tea stained and grubby here in about twenty minutes.  😏  Dummy... 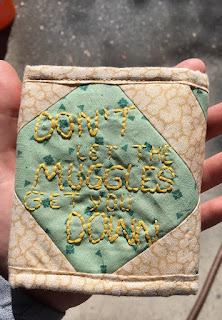 So, the wallet timeline goes: 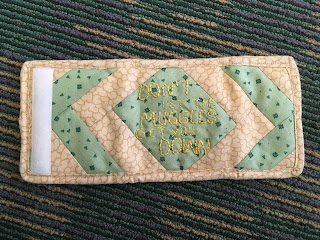 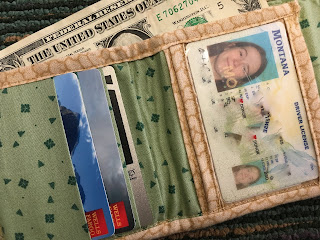 Seriously.  I should have just scrapped the thing back in 2016 and been done with it.  Sometimes my persistence and make-do-itiveness are misplaced, misdirected. In any event, I've got my own Harry Potter wallet and all is well.  For now.  I am sure I'll change my mind about that in due time. 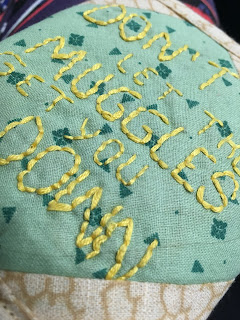