Blast From the Past: Eggplant Burgers

I was weeding through some photos and found these.  Oh, man, just looking at them made me want to eat an eggplant burger right NOW!  I suppose I am past the end of the eggplant season....I don't think I saw any at the co-op last time I was there....the bushel of local eggplants had to run out sooner of later, I guess.

So, on a crisp autumn evening I shall reminisce about awesome summer barbeques. 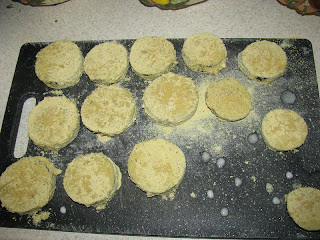 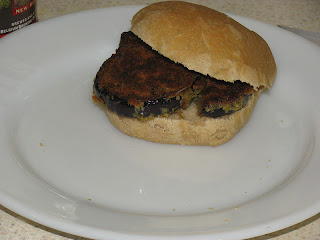 Eggplant Burgers Slice up the eggplant into rings, about 1/4 - 1/2 inches thick.  Take each slice and dredge in egg replacer (we use Ener-G).
Dip in nutritional yeast until well coated.  (I suppose you could use a more traditional breading, but nooch is just the best!)  Fry up in a skillet until golden brown.
Salt and pepper to taste. Serve. 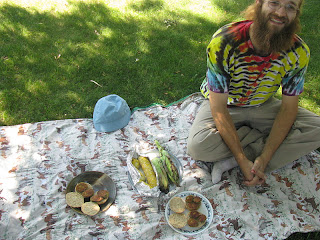 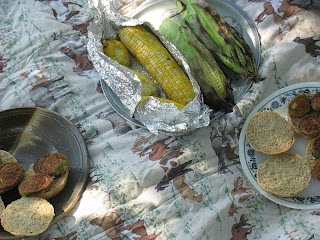 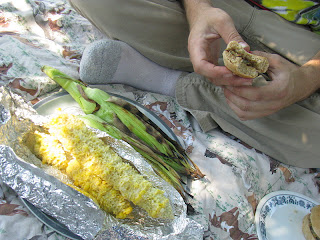