I had a little kitchen session with an old friend this week which resulted in our making the craziest pie I've ever heard of.  A key-lime sort of pie--except made with six avocados, no refined sugar, no grain, no dairy, no eggs, and served frozen and completely raw.  Pretty crazy, right?

Actually, the really crazy part was how decadently delicious it was. 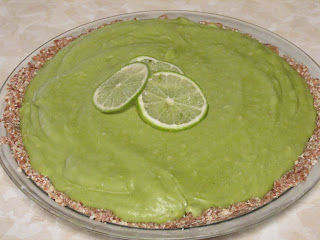 Especially since I openly dislike avocados.  And am not really big on dates either.

RaeLeigh and I have known each other since I was born and as long as we both can remember.  She is nine month my senior and my parents are her Godparents.  Our mothers both worked at the county courthouse and our fathers are both in law enforcement.  RaeLeigh didn't have any blood sisters and so Lisa, Sarah, and I became her sisters in spirit.

After several years during college where we didn't see each other much RaeLeigh and I have developed a new routine of getting together for dinner every month or two (or occasionally more if time gets away from us for a while).  This month RaeLeigh sent me a link for this icebox pie and suggested instead of a dinner date that we have a baking date.  Or, not really baking since its a raw, frozen pie, but a dessert date, if you will. 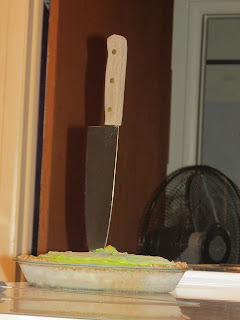 I was skeptical.   I do not like avocados.   RaeLeigh knows this and thought perhaps it might be a way for me to learn to enjoy it.  I agreed that with enough coconut, honey, and almonds it was indeed possible.  So we set a date. 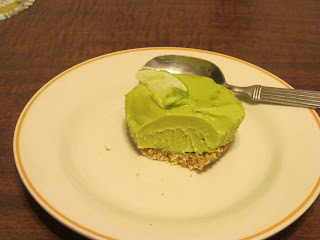 We didn't really think things through, I guess, in that we actually ended up having to set two back-to-back dates.  The pie has to freeze before serving and for whatever reason we didn't account for that time wise. Not really wanting to stay up until midnight in order to have dessert I just said I come back over the next day.  It was more than worth the wait. 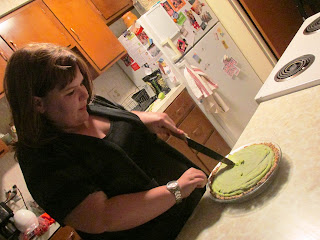 Between the coconut oil and the avocados the pie is unbelievably smooth and creamy.  Its basically melts in your mouth.  The lemon and lime juice and zest make it refreshing and delightful--perfect for summer.  It did not taste at all like avocados, just citrus--creamy, creamy citrus. 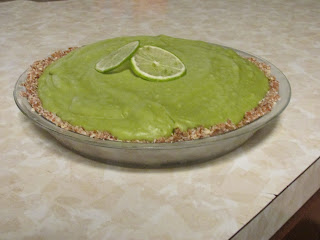 But I think perhaps the bit of this recipe that is most interesting to me is the crust.  Its just almonds, coconut, and dates.  That's it--three ingredients--which made it a snap to make.  It was sweet without being overpoweringly sweet and wonderfully nutty and chewy.  I think RaeLeigh and I both agreed that is was a pretty brilliant crust.  I could see using it on a variety of recipes.  A few that jump to mind right off are as the base for any sort of cream pie, or the base for fruit pizza, or as the topping for a fruit dessert--something sort of like a crisp, but not baked, or even sprinkled over yogurt in the morning like granola.

I think we only made two minor adjustments to the linked recipe.  One, we didn't have a deep-dish pie plate and so we made a regular one and had enough filing left over to make six little mini, cupcake sized pies.  They were cute, froze faster, and were easier to cut and serve than the full pie.  In the future we think this might be the way to go all around. 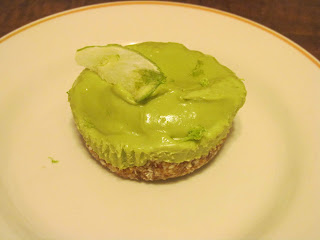 And the second adjustment was just that of the six avocados we had one was way to firm still and so we only used five instead of the six called for.

Yuuuuuuummmmmmy.  Good idea, RaeLeigh.  I'm glad I didn't let the avocados and dates scare me off.
By BLD in MT