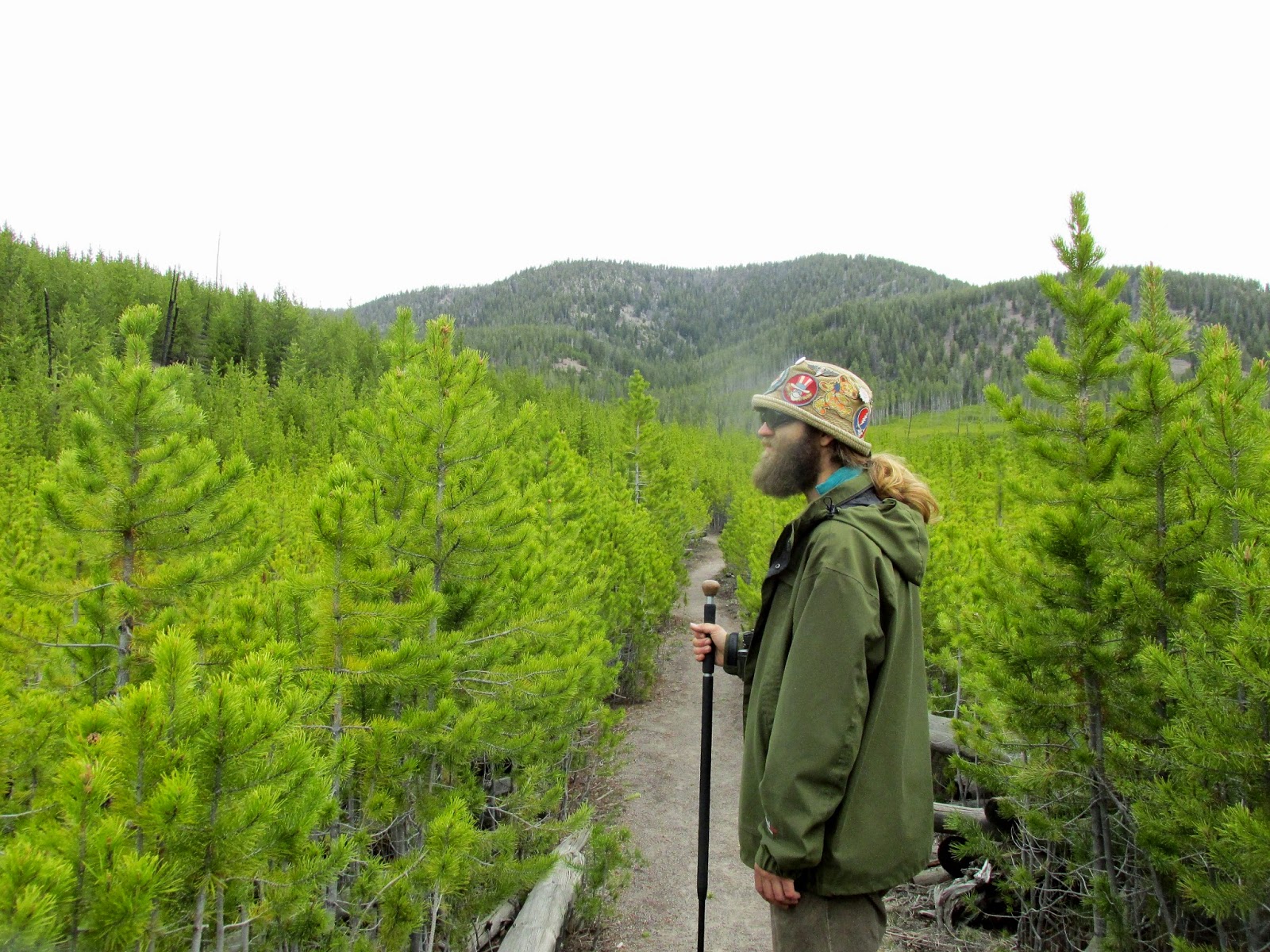 We took our shortest, easiest Yellowstone hike yet earlier this year--The Harlequin Lake Trail.  Its a little one mile round trip stroll to a quiet lake through a hilariously short lodgepole pine forest.  I am going to file it away as a hike that we could totally take non-hikers and children on.  It was pleasant, short, and utterly non-taxing.  It was prefect for a sort of lazy-day in the woods, you know, where the idea of three easy hikes is much more enticing than another day of hikes designated as "strenuous" in the guide books.  It would also be a keen place for a more secluded picnic lunch than those had at the park's picnic grounds.  We filed that one away, too.  It wasn't the most breath-taking place I've visited in the park or anything, but it was quite pretty and we had the place to ourselves.  The reflections on that still-as-glass lake were really wonderful. 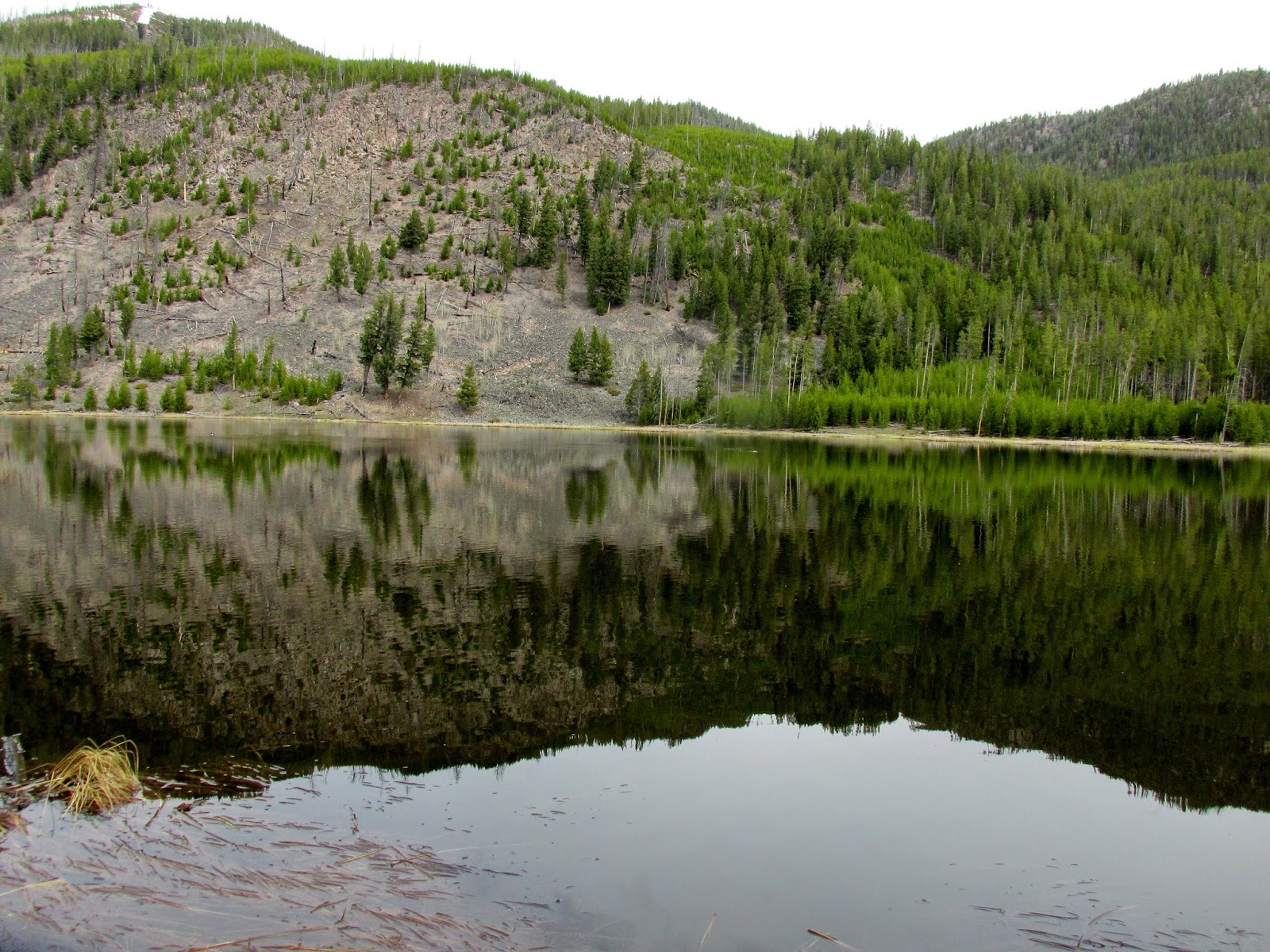 The trail departs from a parking area about one and a half miles west of the Madison Junction.  We'd camped at Madison over my birthday weekend and so stopped by to check it out on our way back out of the park.  It was funny because despite the fact that the trail is clearly marked and all, it could still almost be missed pretty easily.  There is gap in the wall of trees just wide enough for the trail.
In fact, that lead to a pretty interesting hiking experience.  The trees were growing right up on the trail making, essentially, a tunnel through the forest.  Given time I don't think it will be quite so corridor-like, but since the lodgepoles are not tall all of their bushy growth is still down on the ground level.  It was weird to be able to look over the top of the forest.  Very weird, but pretty neat.  Much of the forest was little taller than we were.  These were some of the forest burned in the fires of 1988 which are in grand recovery and rejuvenation.
We saw a handful of birds, though the only species in notable number were the dark eyed juncos flitting about the (short) tree tops and the lesser scaups paddling the surface of Harlequin Lake.  We saw the busywork of some beavers, but they did not make an appearance while we were around. 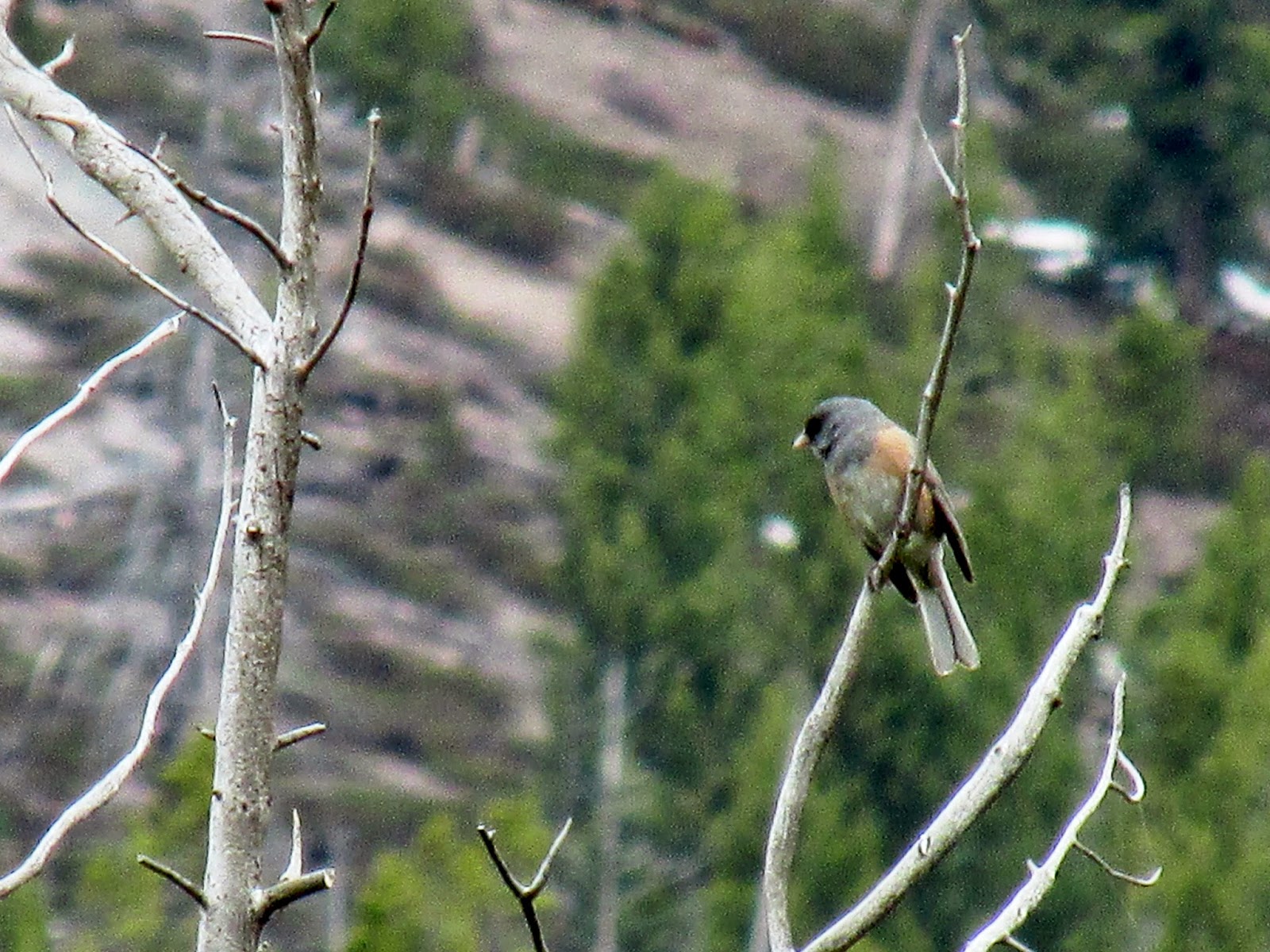 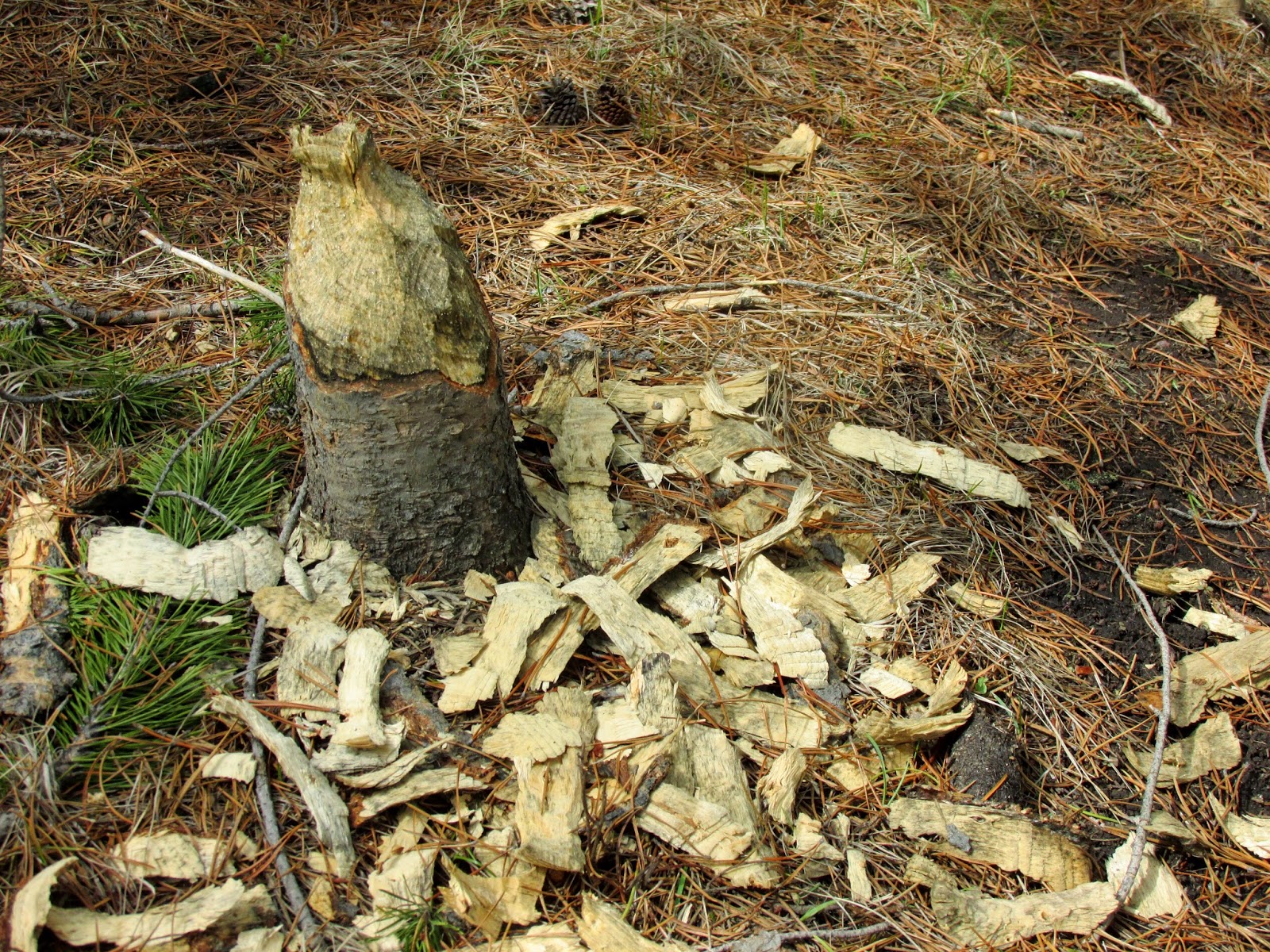 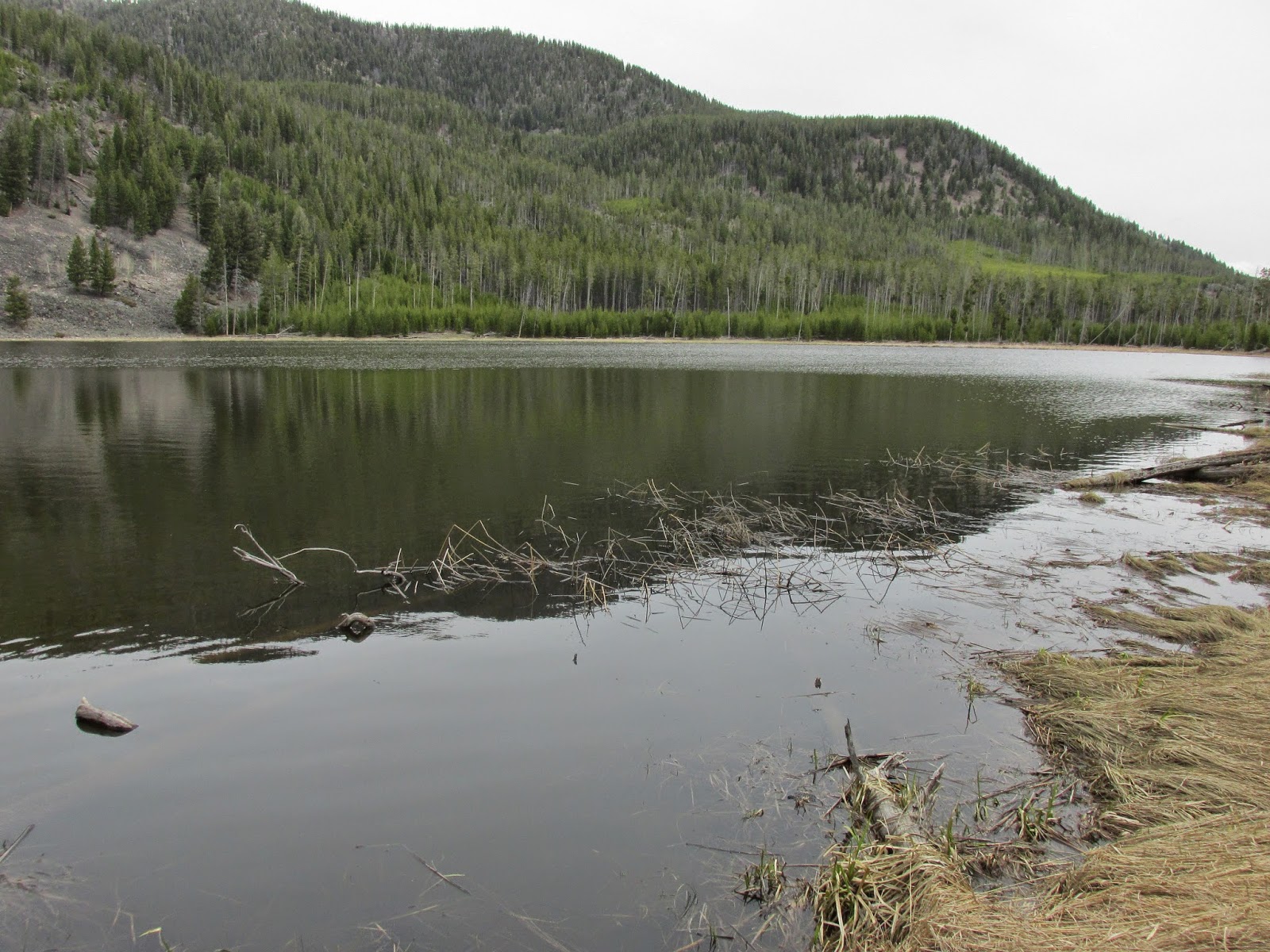 We sat in the shade of the forest gazing out at the lake until the wanderlust got to us and we set off again, past the beaver fall, back through the tree corridor, and off again to see something new. 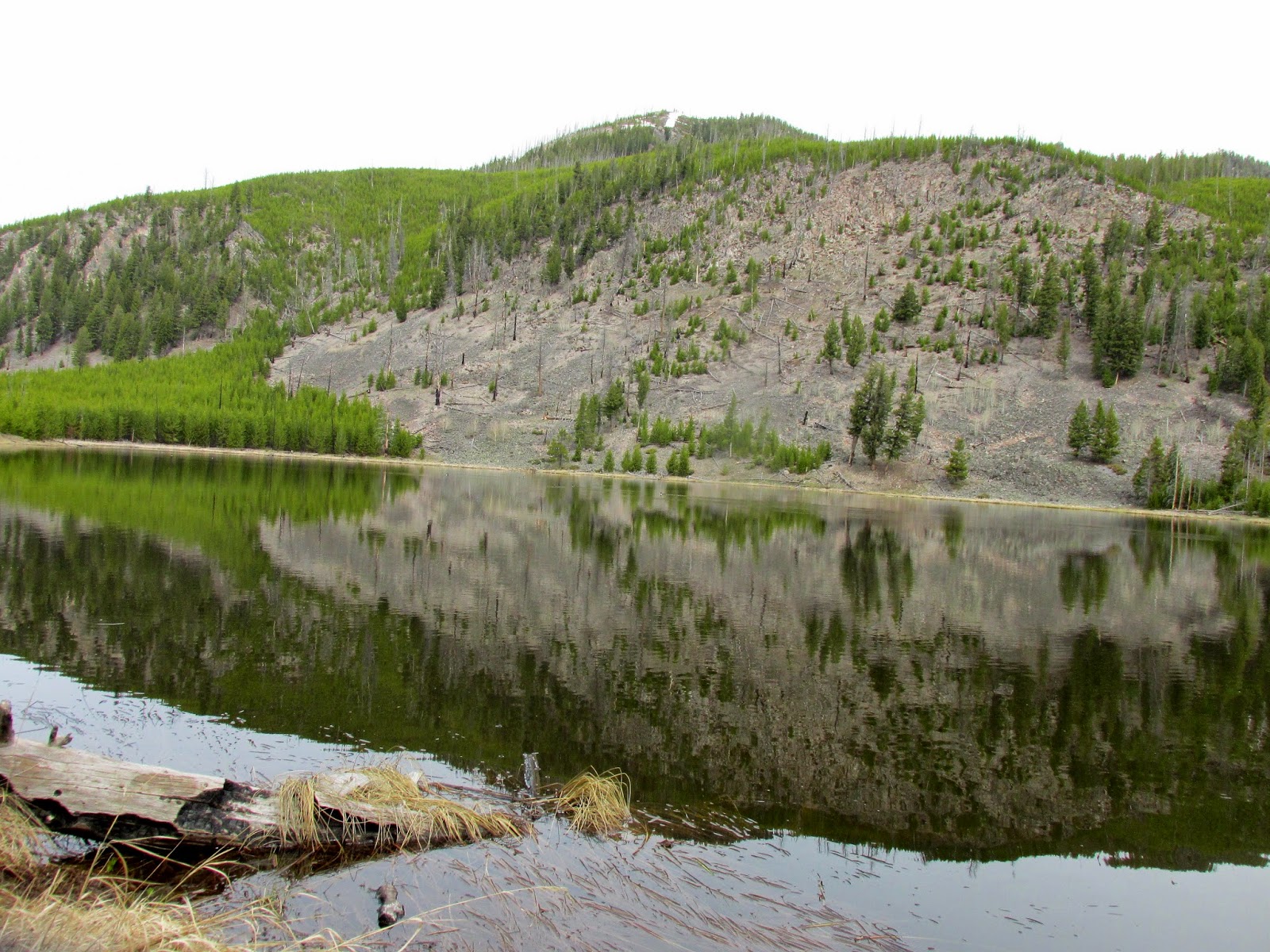 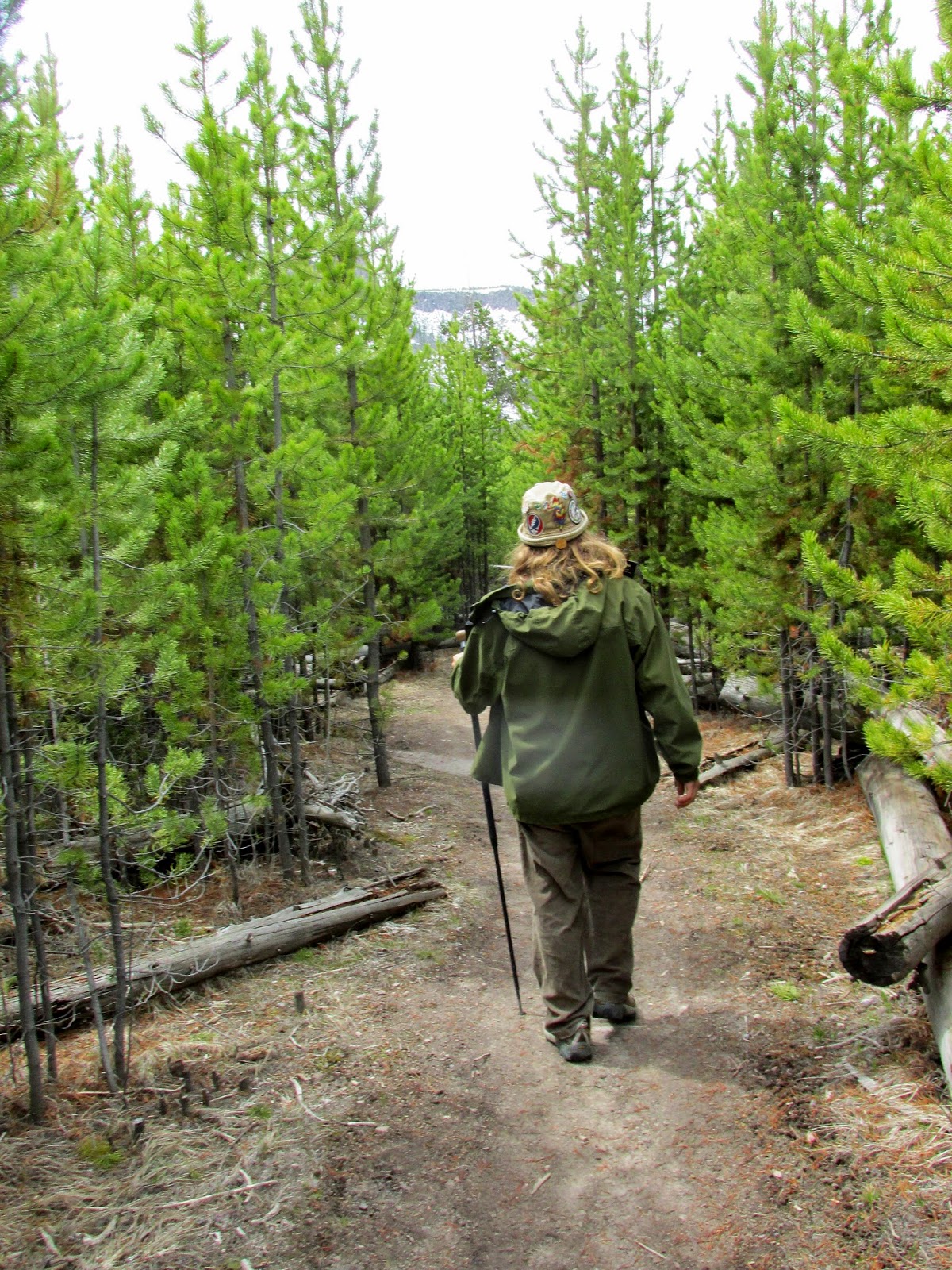