As I mentioned, the Vegas portion of our honeymoon megavacation centered around the wedding of one of my oldest and best friends, Val.  To a really nice guy named Matt, by the way, just to make things extra confusing.  "Your Matt?  Or My Matt?"  Thus, HMV day four was bachelorette time.

Val and her Matt had rented a great, big ol' house and it was really awesome.  The wedding was held there, the wedding party and many wedding guests were staying there, the reception was there.  It was one big house party--with a slumber party, too!  I thought it was quite fantastic and convenient, not to mention a seriously good time.  So, after checking out from our hotel off The Strip we all met up at the house.  Alli, Matt and I took a little swim with Val's kids and then a soak in the hot tub.  Everyone had had a chance to catch up and visit on the patio.  I wandered around the yard admiring the flowers and birds.  We saw--and heard--our first northern mockingbird.  Its song was pretty spectacular.  There was also a hummingbird flitting about.  It landed on a branch overhead, flicking its nearly invisible tongue in and out.  We were never able to positively identify it, though not for a lack of trying.    It was a really relaxing afternoon. 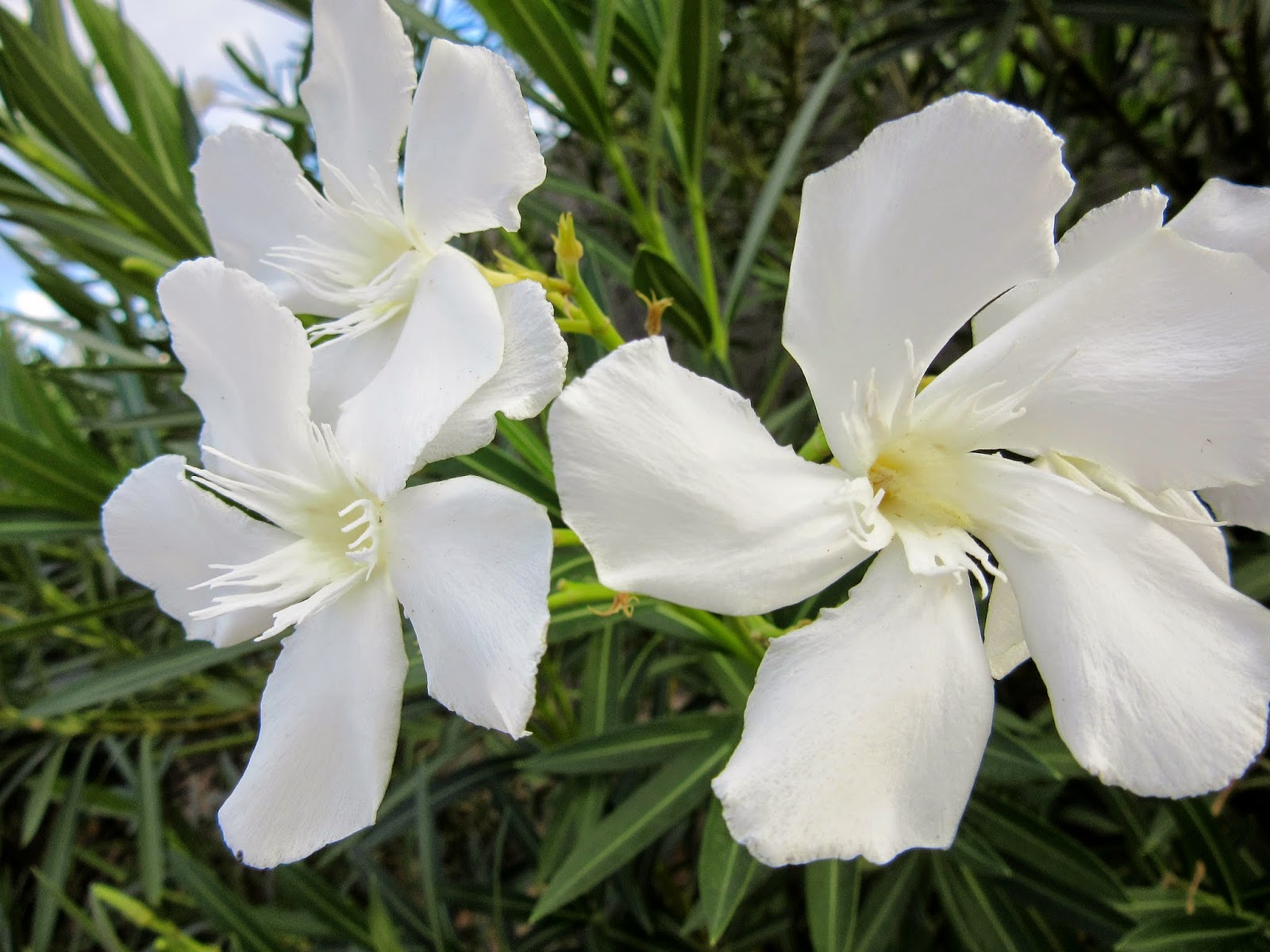 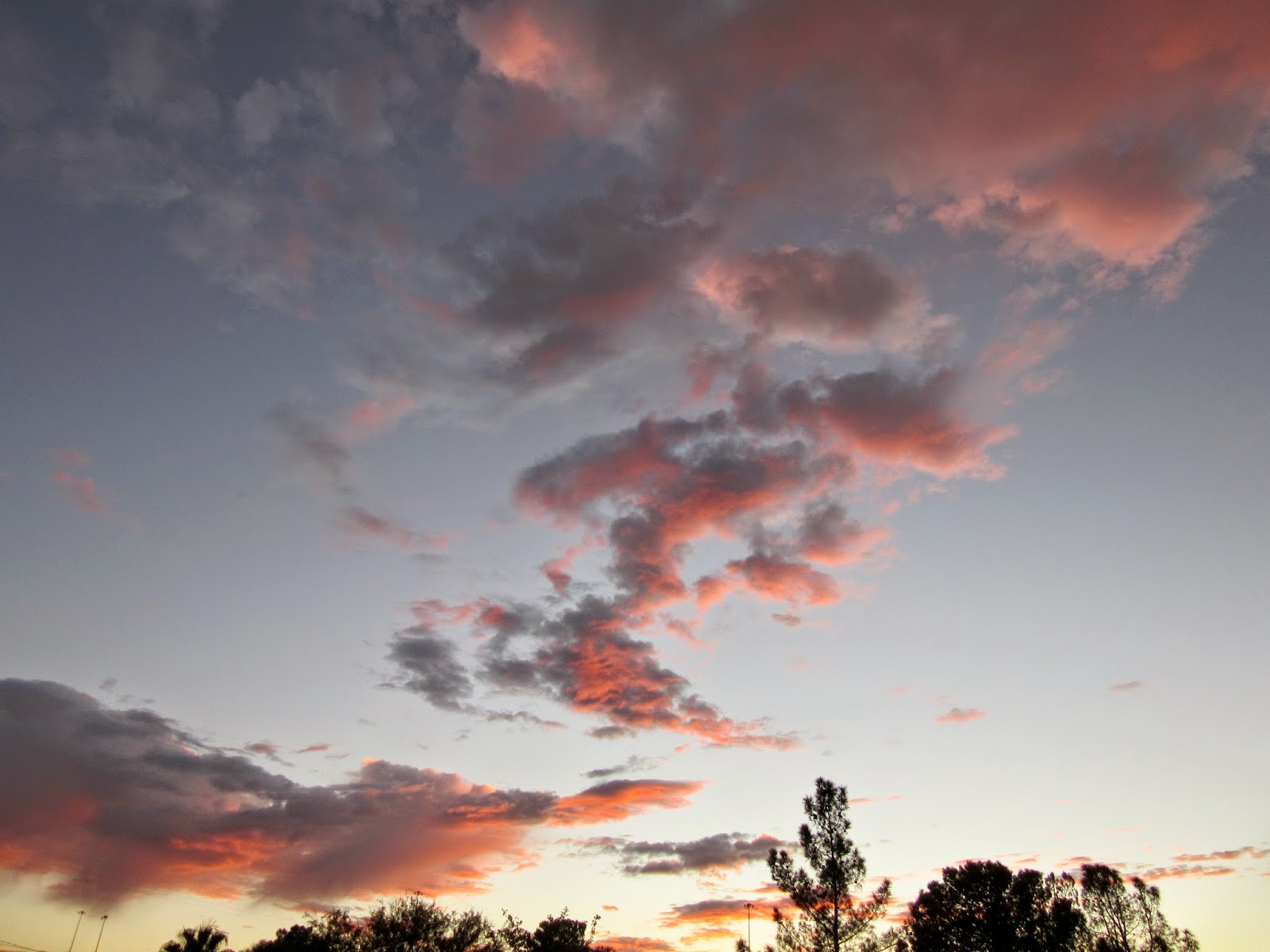 And then it was time to think about our big night out on the town.  Matt had tie-dyed some shirts for the bachelorettes to wear.  Alli, the Maid of Honor--or should I say Babe of Honor--brought fabric pens so people could gussy up their shirts with witty titles or phrases.  Like Babe of Honor, for example.  I have to say that the shirts were a smashing success, at least in my opinion.  The slogans were fun and in the crowd, be it on the street or in the casinos, it was easy to make sure our crew was still all together.  Plus, we looked great and had at least four groups of people stop us to take our photo or have their photo taken with us. 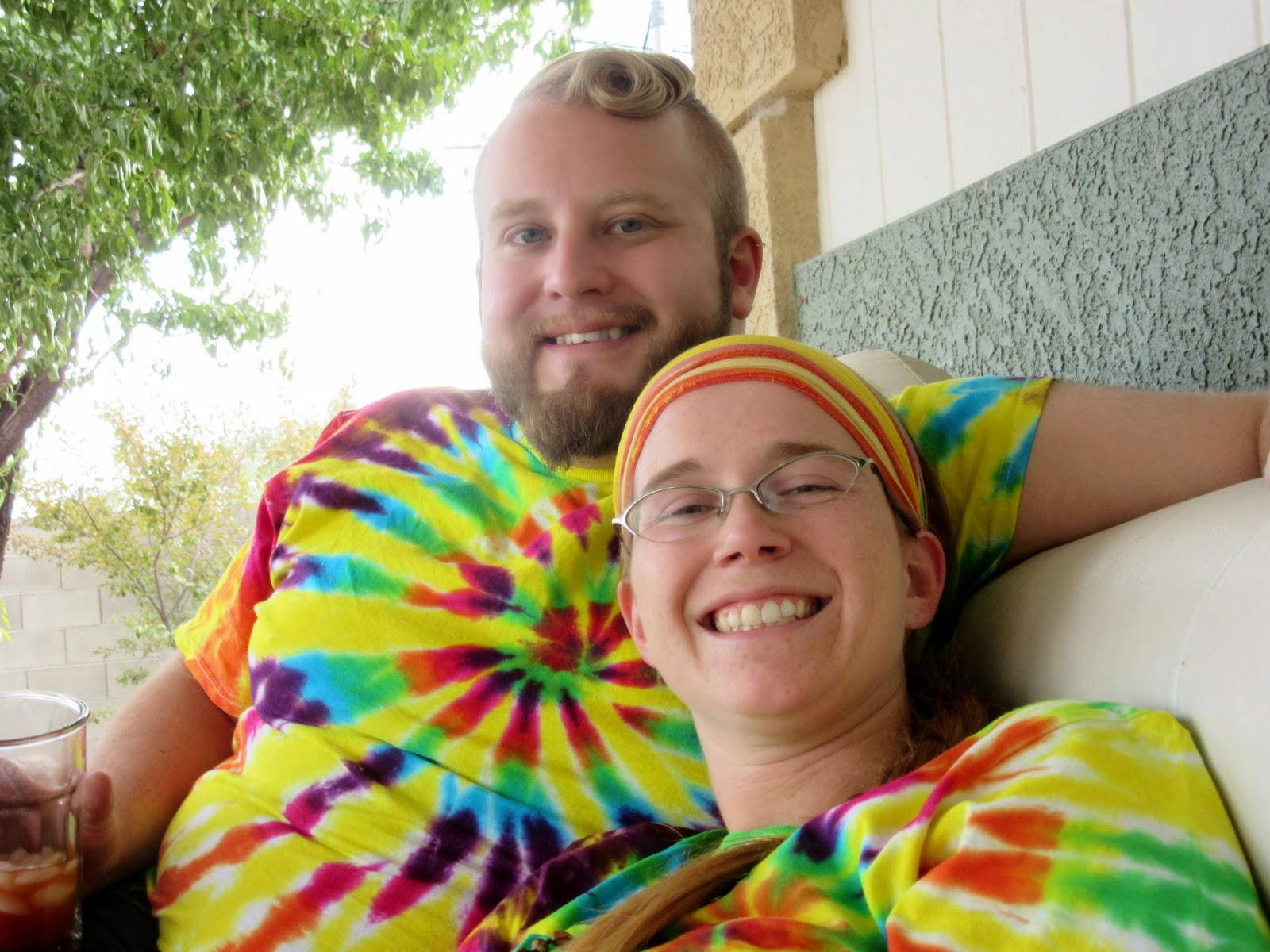 For the bachelorette celebration we went out to "old" Vegas and took in the Freemont Street night scene.
I found Freemont Street to be more up my alley than The Strip.  There were more street performers and less people flicking cards for strip clubs, for example.  It was still quite a new and usual experience though.  Certainly a break from my normal way of life.  So many lights and people.  So many celebrity impersonators.  There were break dancers and puppeteers, musicians, and people folding palm fronds into all sorts of shapes.  One fellow gave me a triplet of palm frond roses because I "took him back" with the tie-dye shirts.
Both my gut reaction and further reflection lead me to the fact that Vegas really isn't the city for me.  Cities aren't for me, really, period.  I am much more keen to visit any remote, wild, natural location.  But, man, oh man, did I have fun with my friends.  So much fun it was ridiculous.  It was like a high school best friend reunion!  I think it would have been a hoot no matter where it took place. Though I bet the anything-goes attitude of Vegas did allow everyone to cut loose a little more than normal.  Frankly, an open container law is all it would have taken for that, I think.  It was sure strange being able to walk around the streets with nice beer in hand.  Stranger still that there were people smoking indoors every which way.  Its amazing how quickly I grew accustomed to the Montana Clean Indoor Air Act.  But, I digress.  There was dinner, a tiny bit of gambling (I put in and lost a whopping $2), and lots and lots of walking and looking at things.  The music and lights of the Freemont Street Experience were pretty fun.  Hannah and I started a couple middle of the street dance parties.

Oh, and there was that silly bachelorette party game that had some members of our group winking and moaning at perfect strangers, among other things.  It was fun to watch my friends compete to see who could check off the most on the list, though I wasn't about to ask a stranger to lick the head off their beer myself. 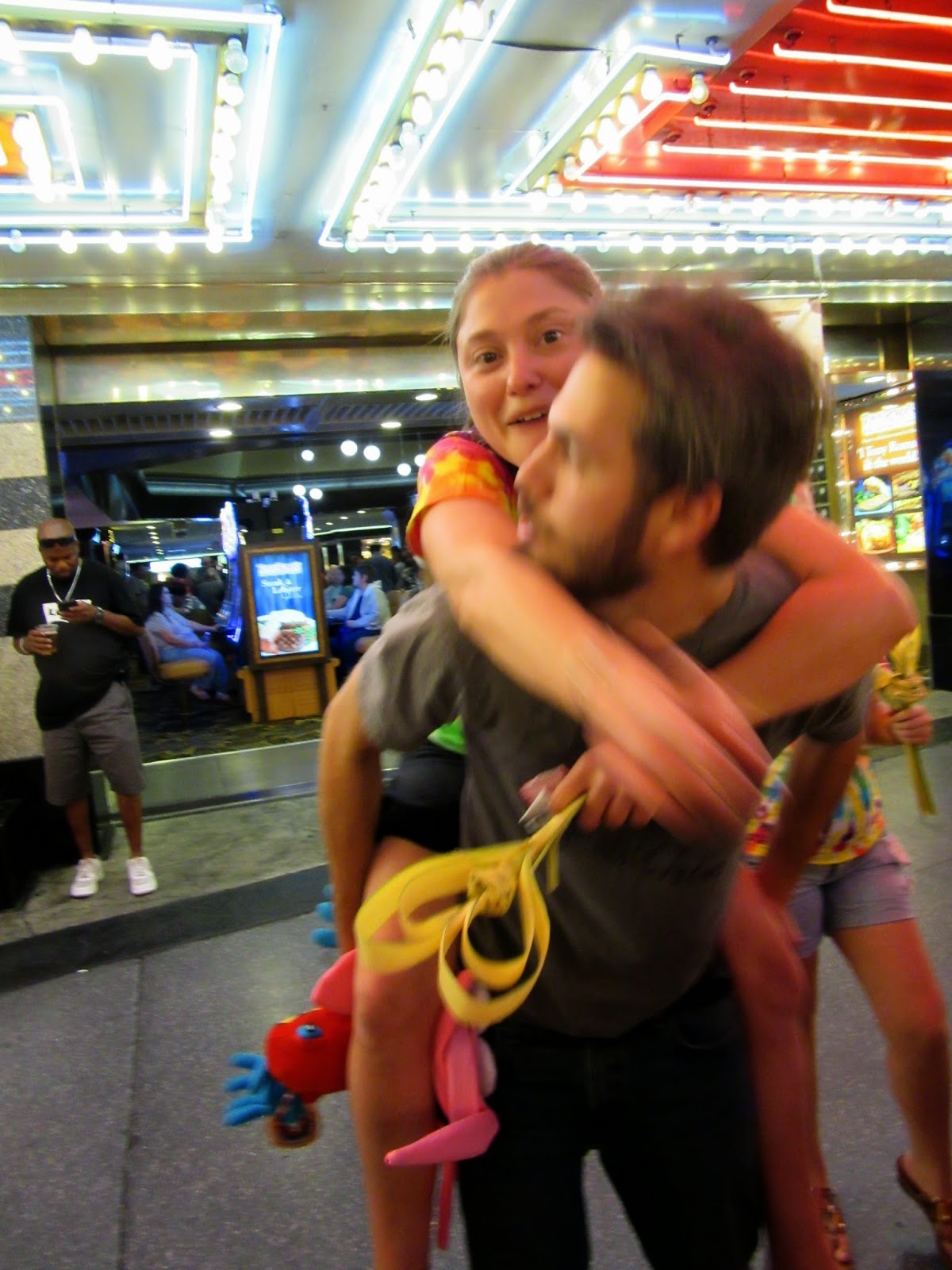 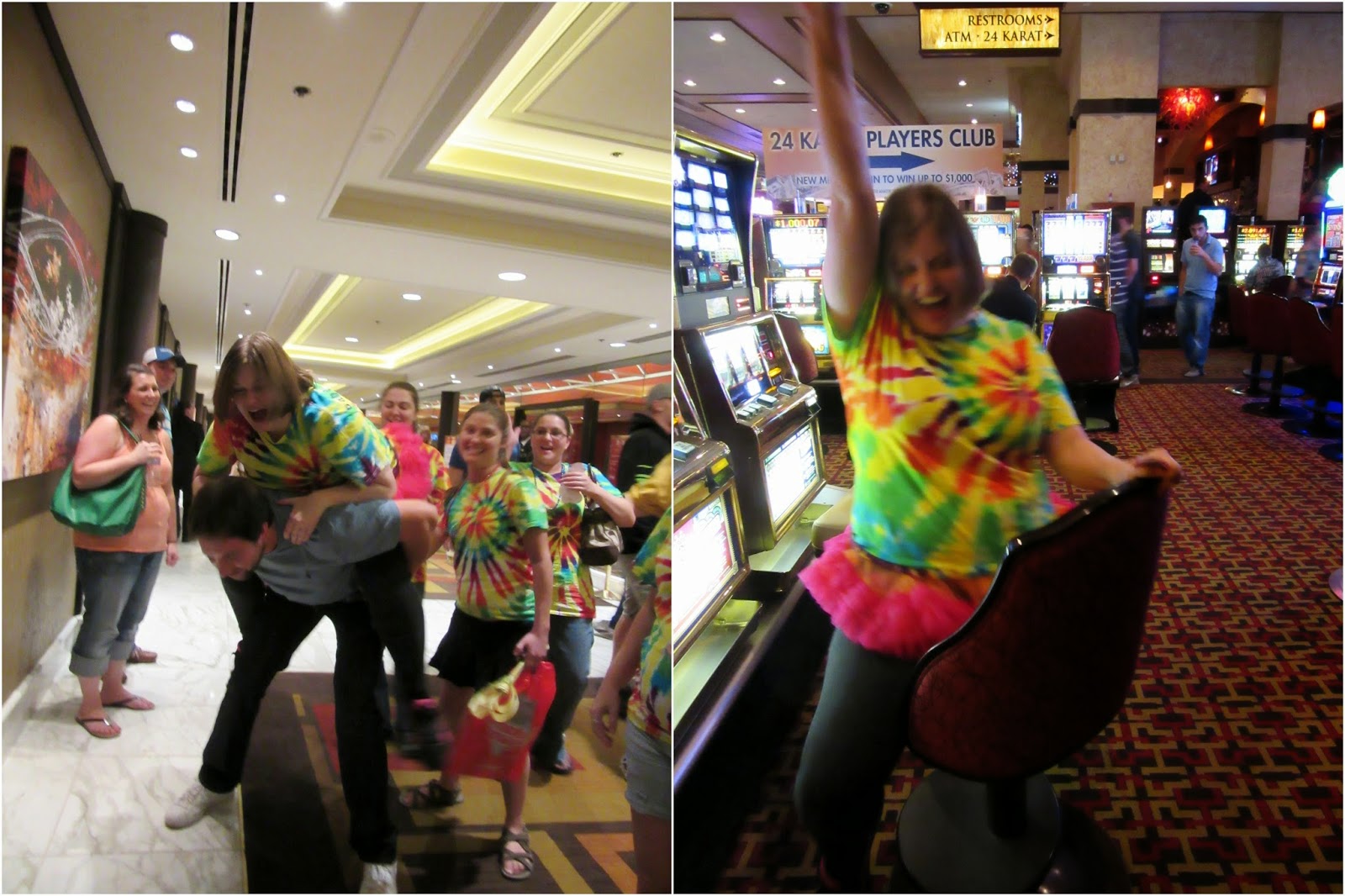 Shay won.  She got to spray a bottle of cheap champagne over the bride-to-be's head when we got back to the house.  I won because I convinced Val to get dowsed in the flavor of champagne I didn't want to drink.  The berry one was bubbly and delicious.  And then I stayed up way too late once again.  It was too fun to go to bed any earlier.
So I tumbled into bed, exhausted and delirious with good times.  A very good fourth day.
By BLD in MT