Tucking in the Garden Beds

We put the garden to bed the second week of November.  We'd harvested pretty much everything before we left for the megavaction, but there was still clean up and end of season tasks to do.  This year Matt decided to borrow his dad's rototiller and work over all the beds.  Many of them were sod just a season ago and so the soil is far from loose and well-worked.  After tilling they got a thick dressing of leaves.  The leaves will work down into the soil with the snow moisture, freeze-thaw action, and insects.  It made me realize that Matt really does harvest the ripening of the leaves like a crop.  He goes out of his way to do so, actually, for his compost operation.  He picks up leaves from at least three other households.  Sometimes he even rakes up at the college where I work.  Under cover of darkness we made off with 18 bags of leaves my neighbor had left at the curb. 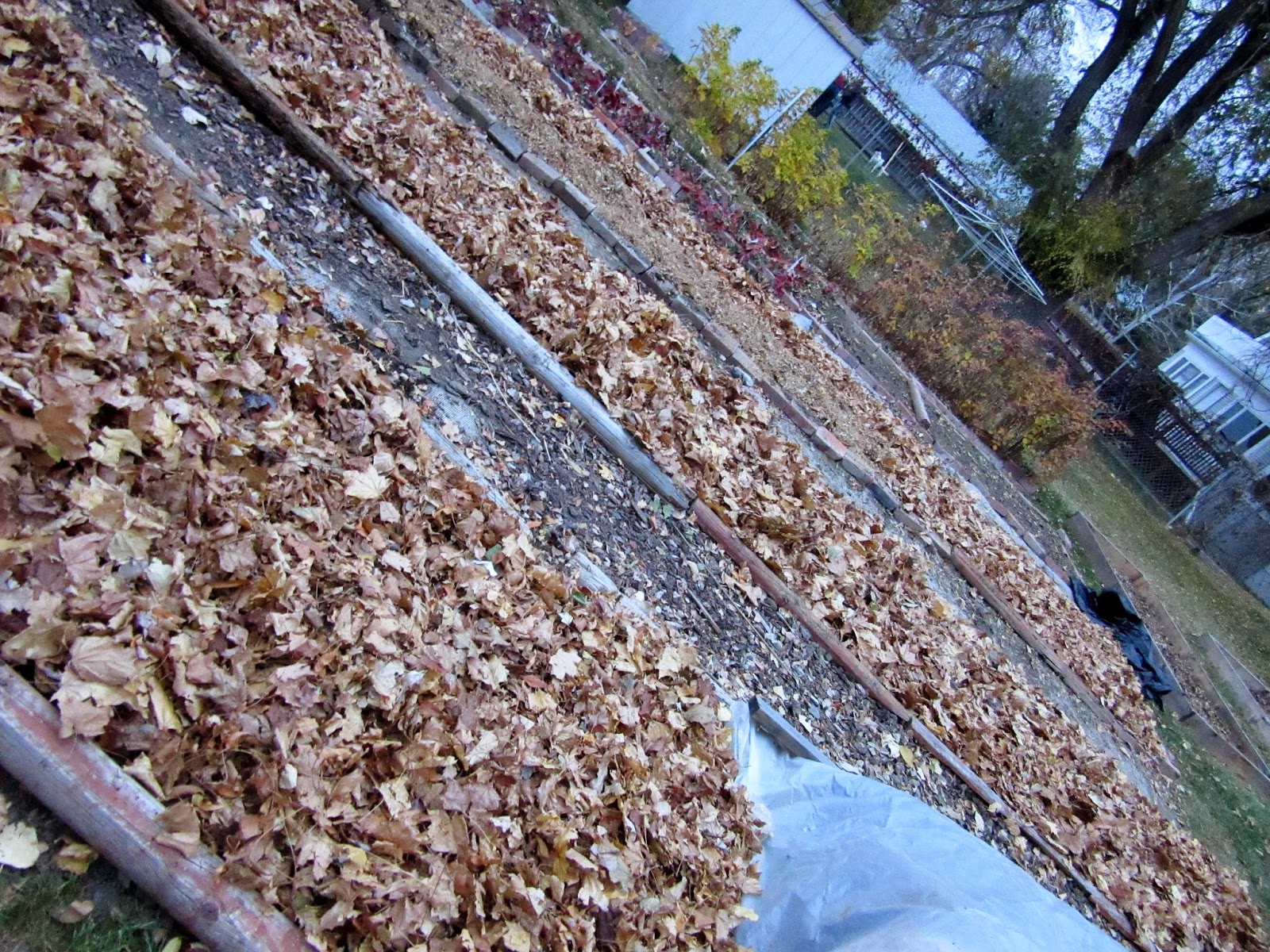 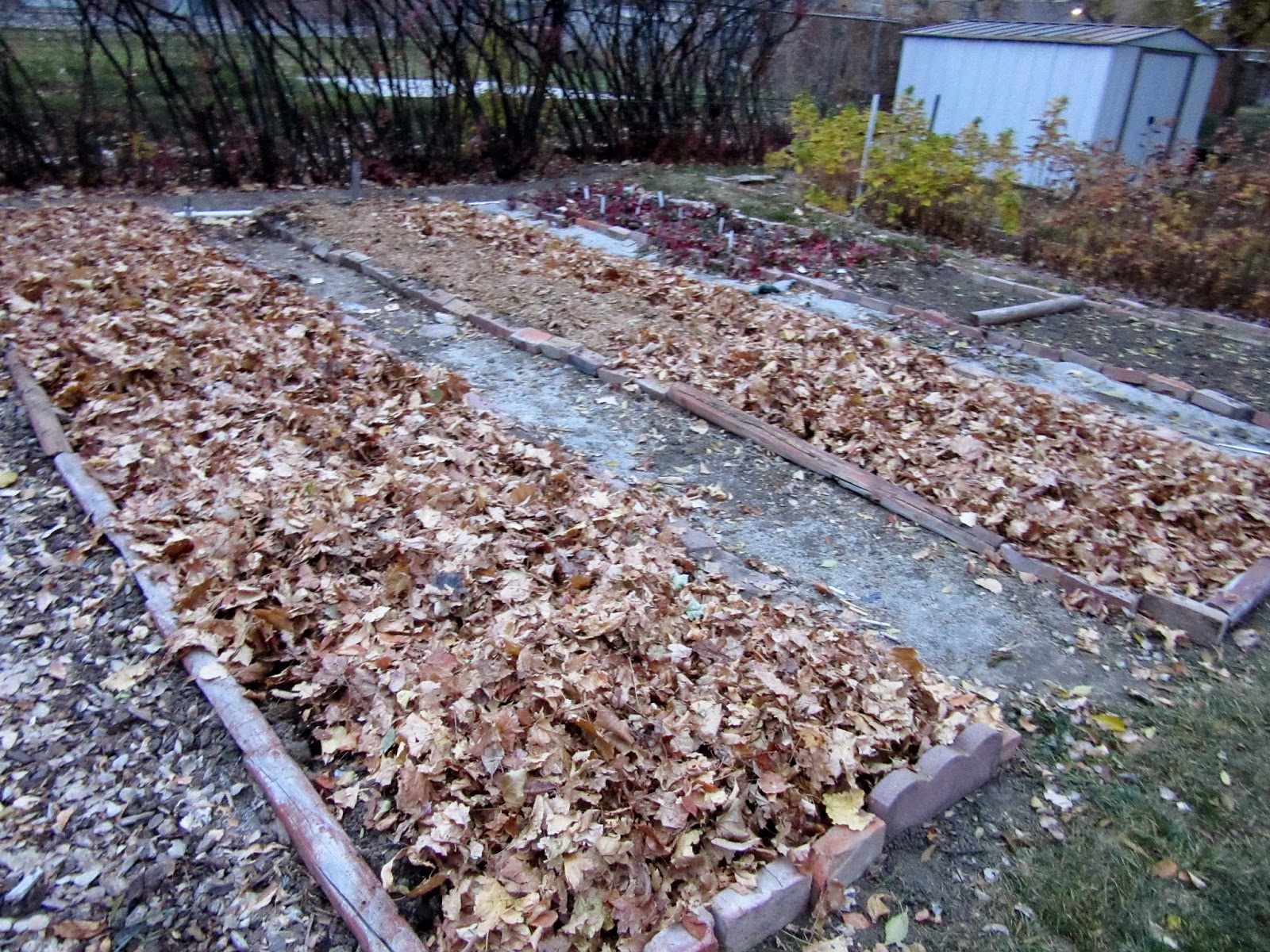 It was funny, too.  As Matt and I were spreading thick layers of leaves on our garden beds our next door neighbor was out raking and bagging with his kids.  I had to wonder if he thought, "What on earth are those people next door up to now?"  It was had been forecast to snow the next day and so both households were out working with leaves before the snowfall--in very different ways.

The leaves on the raspberry canes were a magnificent array of color.  Most were deep reds--cranberry and wine colored.  There were also flashes of orange and yellow and even lingering hints of green.  Many of the leaves were ringed with a contrasting deep brownish-black. 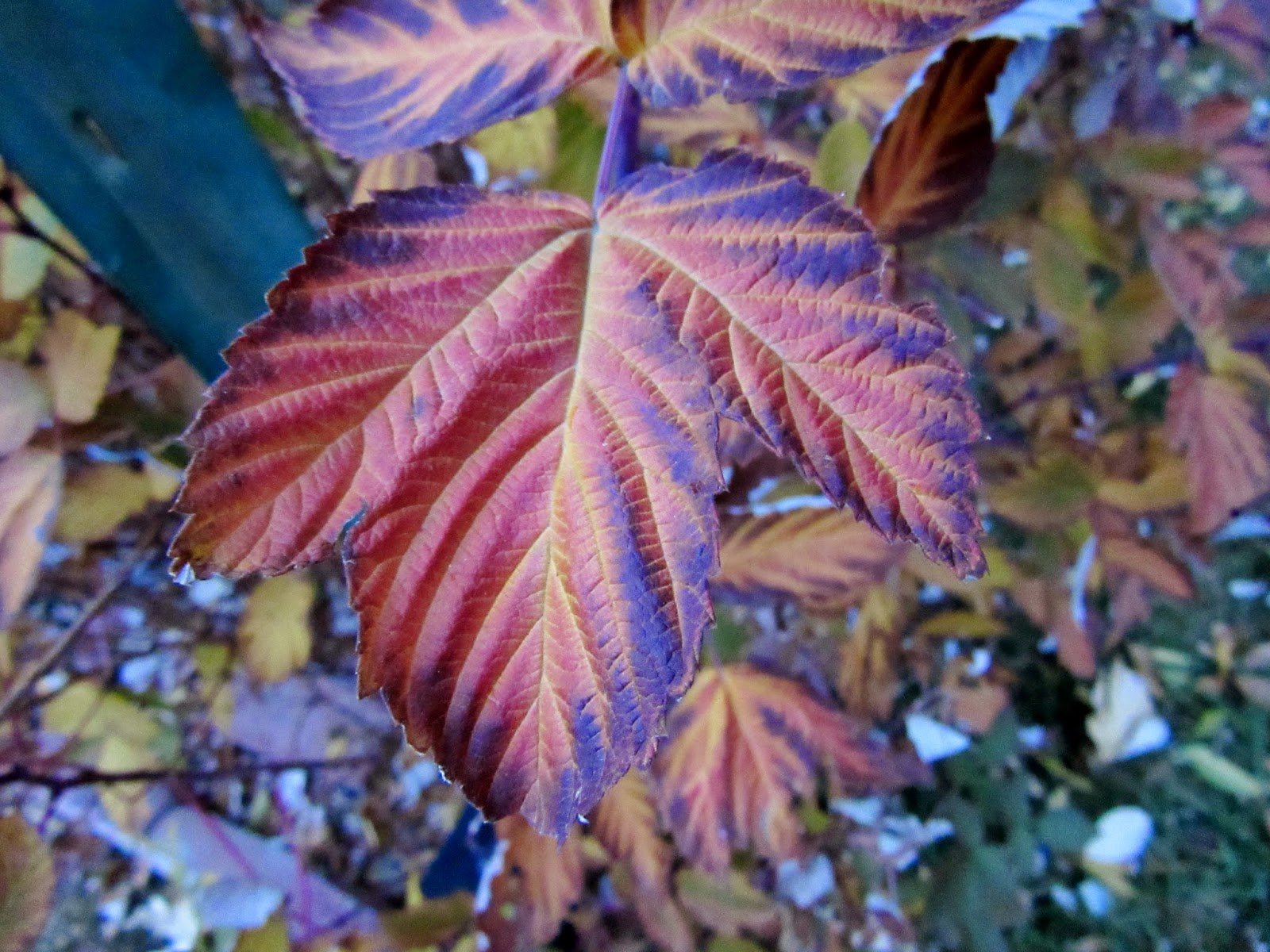 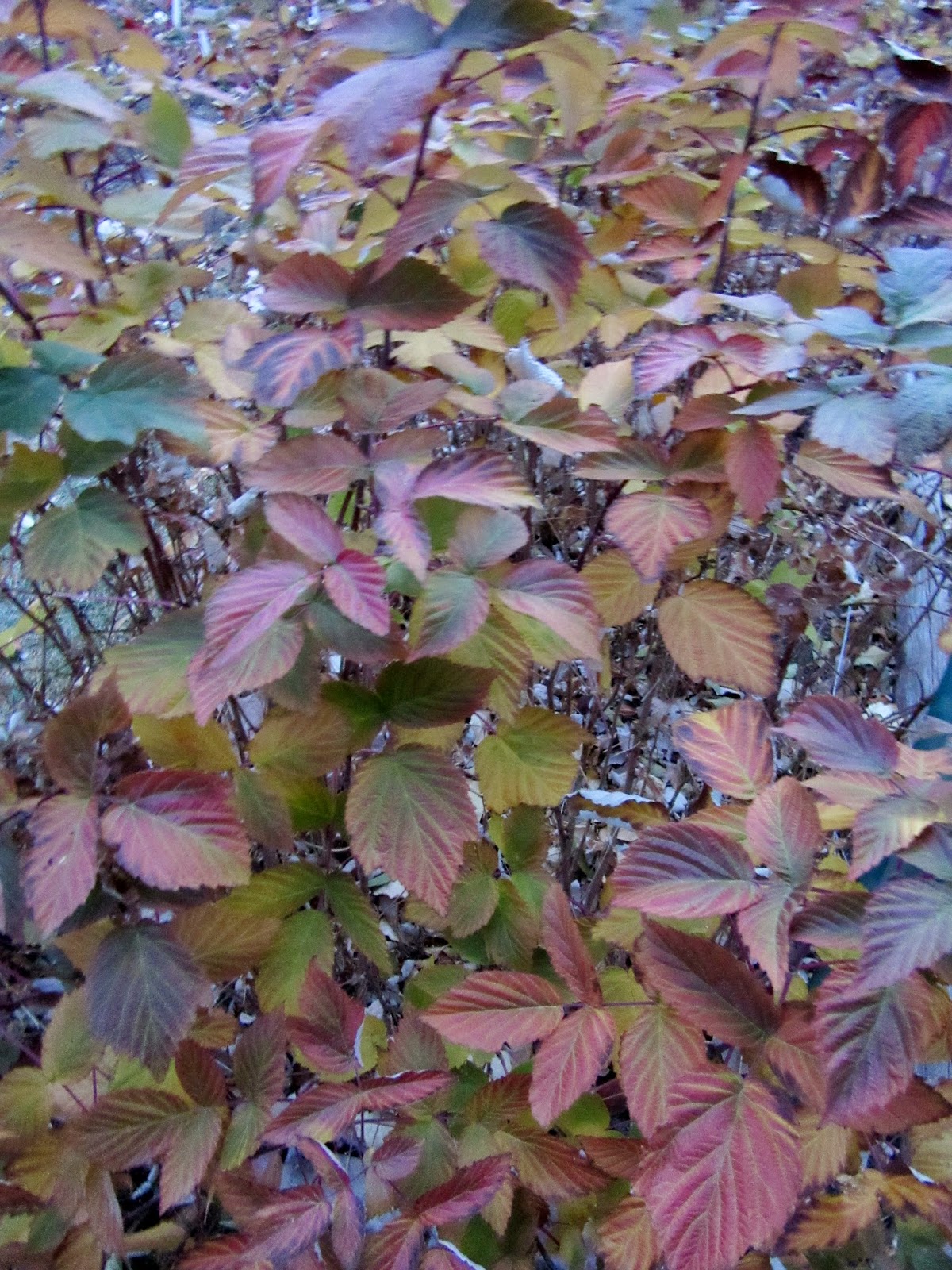 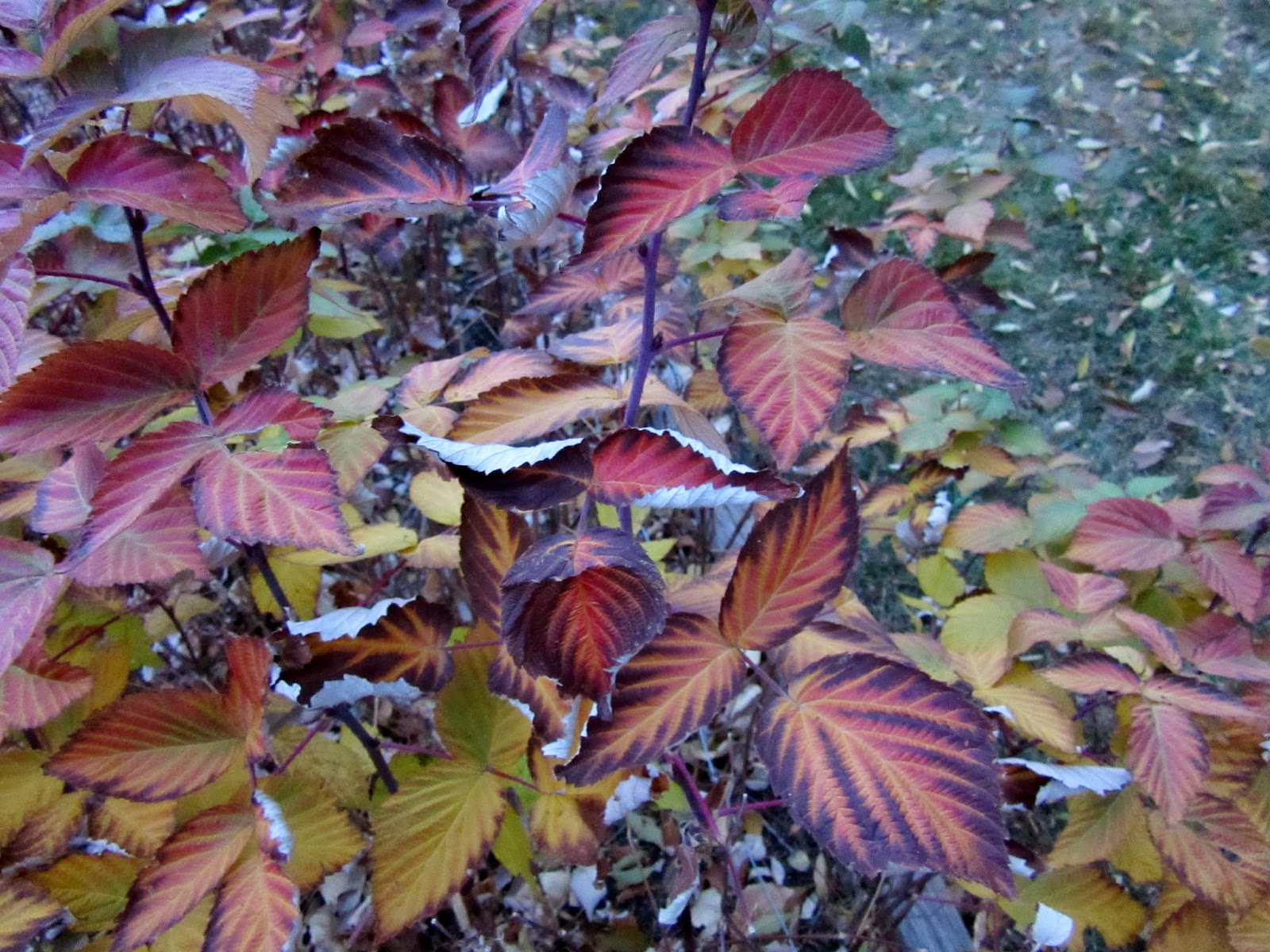 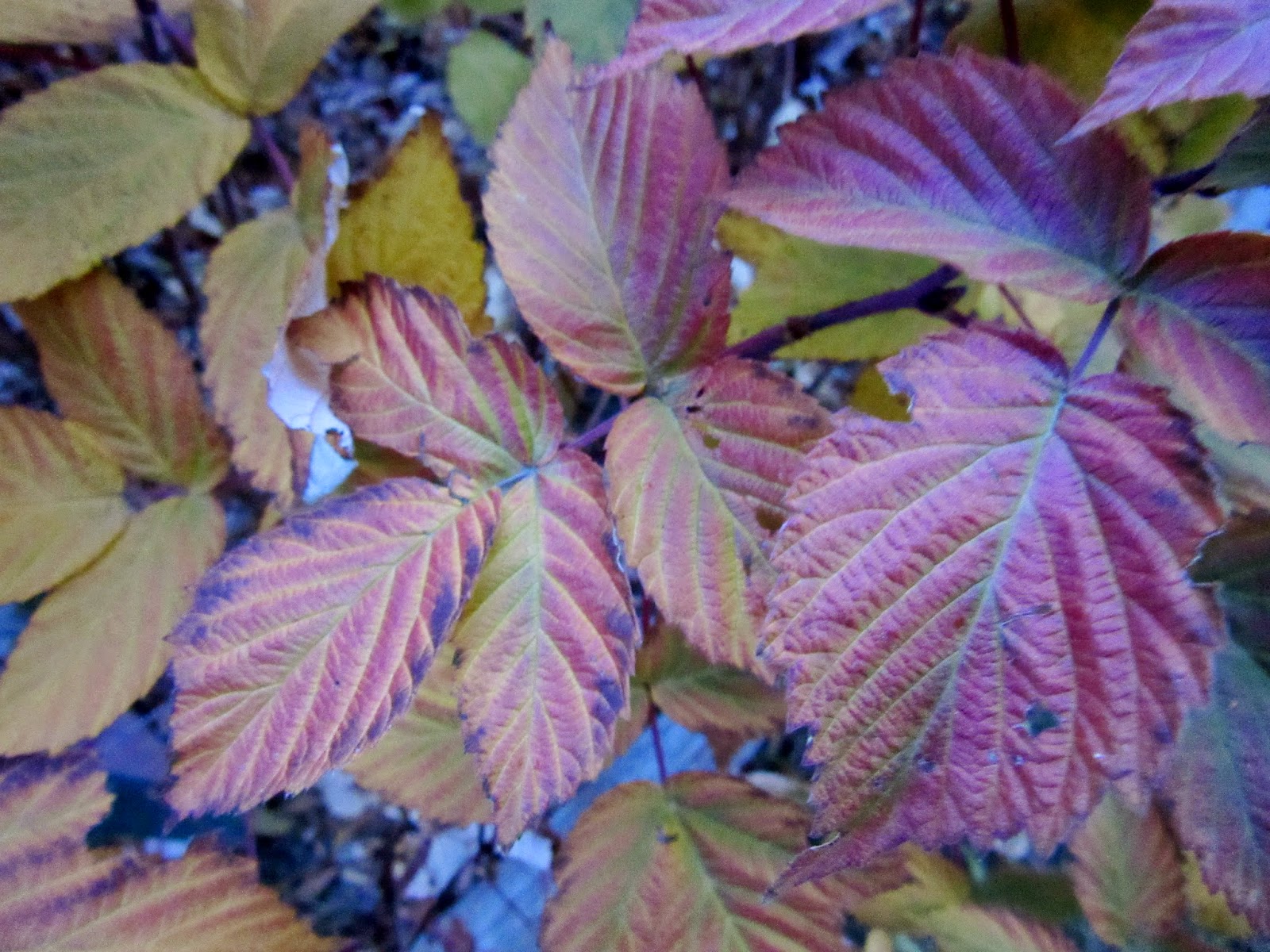 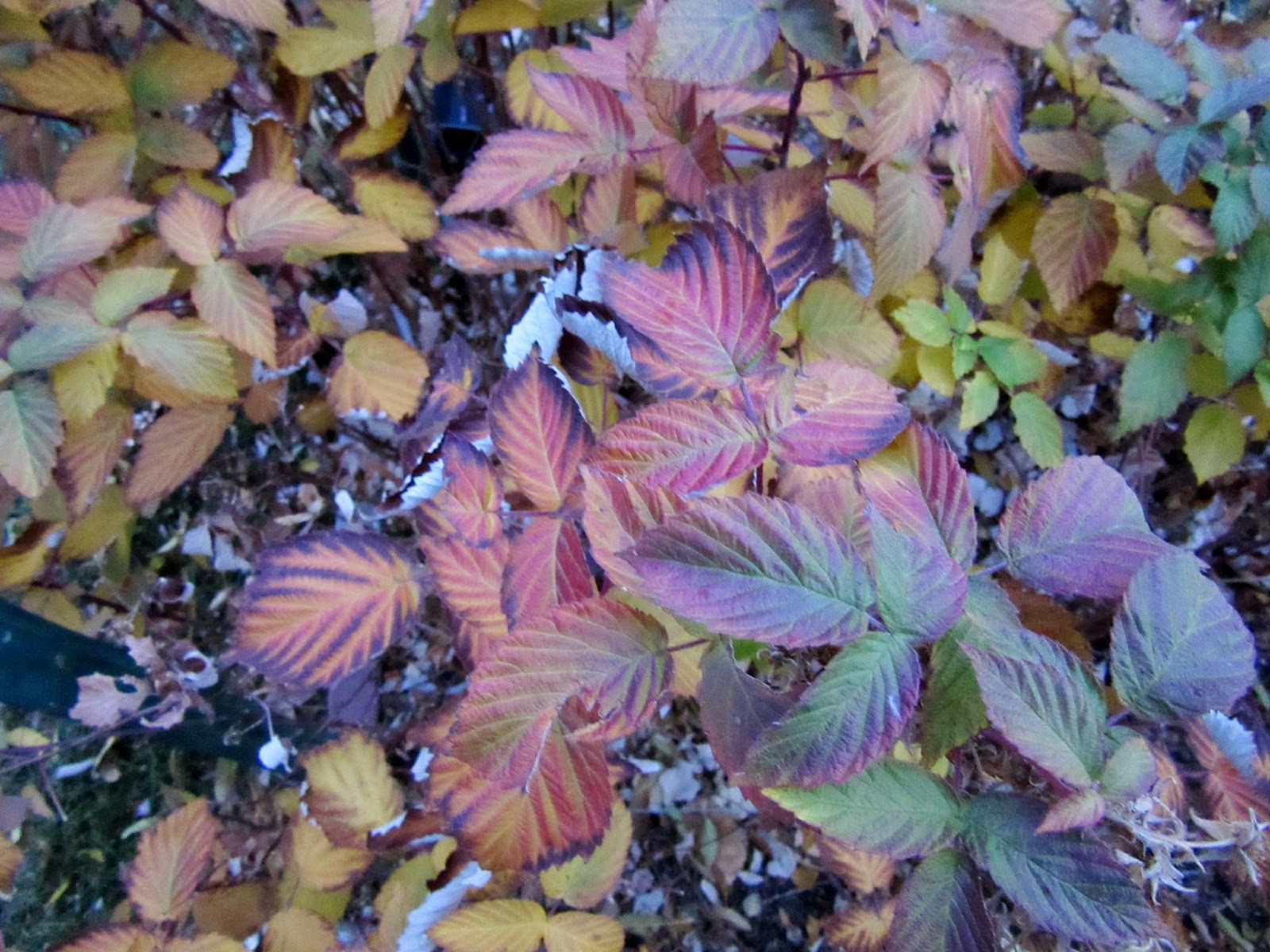 As I admired the changing colors of the leaves it was interesting to note how different the canes were between our two varieties. The Fall Golds on the north end of the patch are almost all brilliant yellow and gold in the leaves as well.  The leaves on the Red Heritage raspberries to the south were the rich reds. 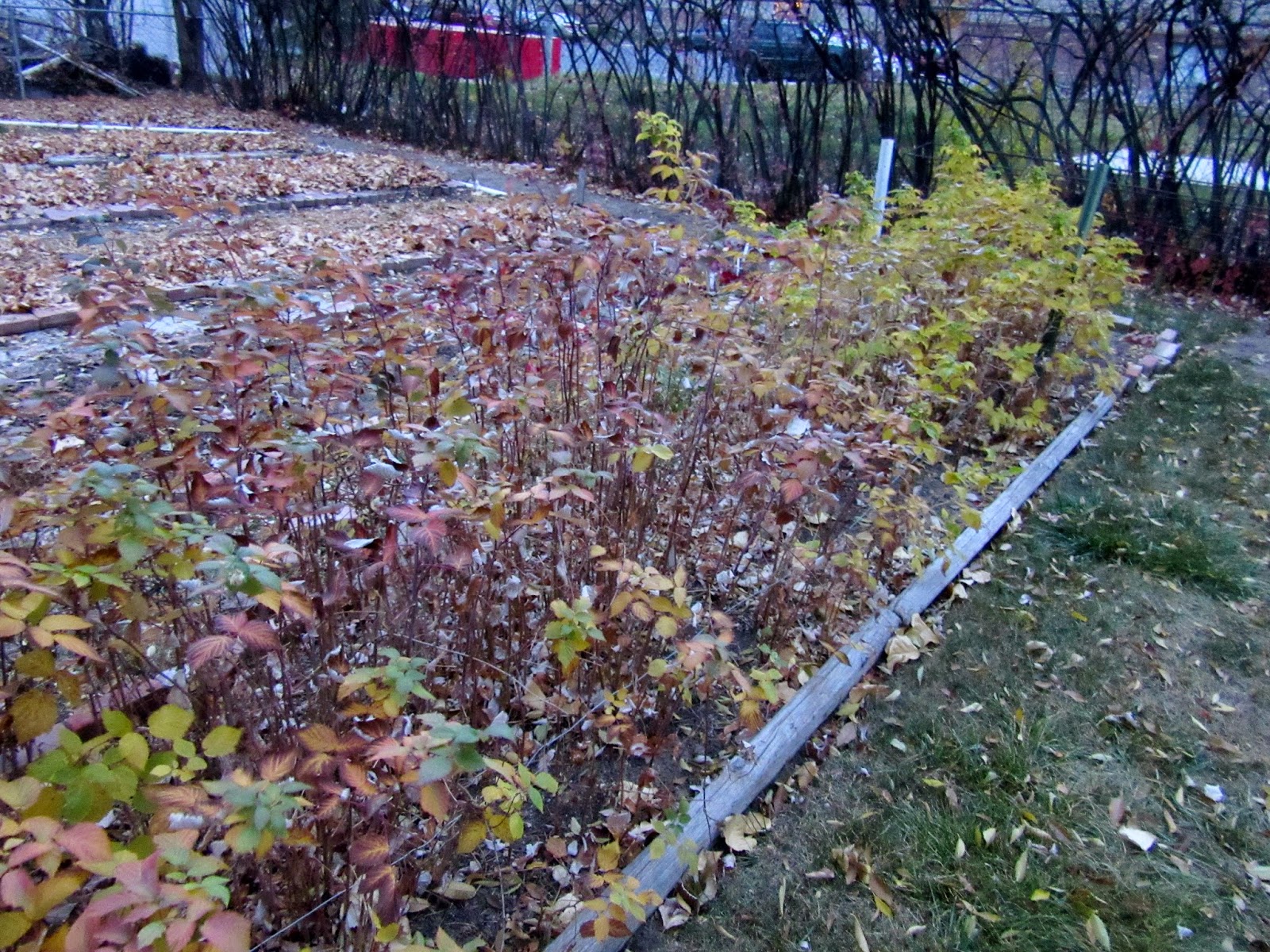 There is still a bed of carrots and rutabagas out there to be covered over winter.   Which reminds me:  We finally had to toss the last few remaining 2013 overwintered carrots into the compost bin.  They were getting soft--some to the point of dissolving--and had lost most of their sweet, yummy flavor besides.  These carrots were planted in March 2013 and eaten from October 2013 through October 2014.  That is pretty remarkable.  Its been so long since we bought carrots.  I like that.  I like an ever increasing degree of self-reliance.  The fresh, new, 2014 carrots taste SO much better though, quite unsurprisingly.

The garlic has been planted.  We managed to buy some really, really large cloves this year which we hope will translate to larger yields.  Peeling a million tiny cloves of garlic isn't all that fun and they're not worth saving for seed garlic either.  We're hopeful for fat, tasty bulbs of garlic in 2015. 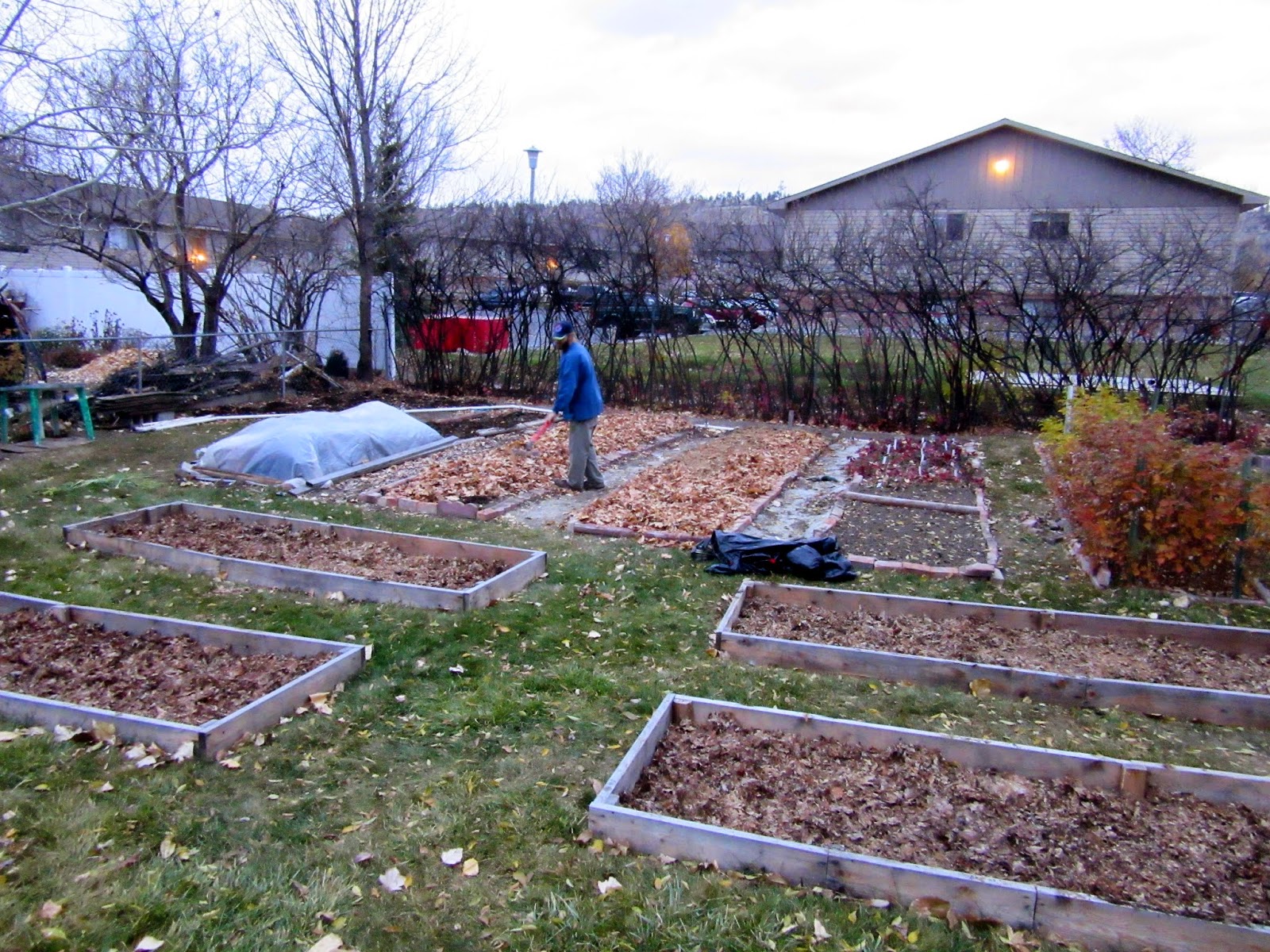 And the garden is all tucked in for the winter.
By BLD in MT